Already they’ve offered a glimpse of their magical musical destination with “There Is No Other Time” and “Children of the Sun” (produced by Chemical Brothers’ Tom Rowlands), and now they continue the guided tour with “Atom To Atom”. If each track represents a different club night in a city (“Other Time” is the disco, “Children” is the rave), then “Atom To Atom” is the scary industrial evening in a decrepit warehouse. Any tinges of sex appeal and playfulness are stripped, leaving lush harmonies and chirpy keys to be absolutely buried under an avalanche of thick, jarring bass grooves. You may rage so hard that you’ll shatter your kneecaps, so be warned.

Love Frequency is due out June 9th via Akashic Rekords. “Atom To Atom” is available for free download with all album pre-orders.

Below, check out the album’s artwork, which looks like their own designer drug. (Most Special K, anyone?) 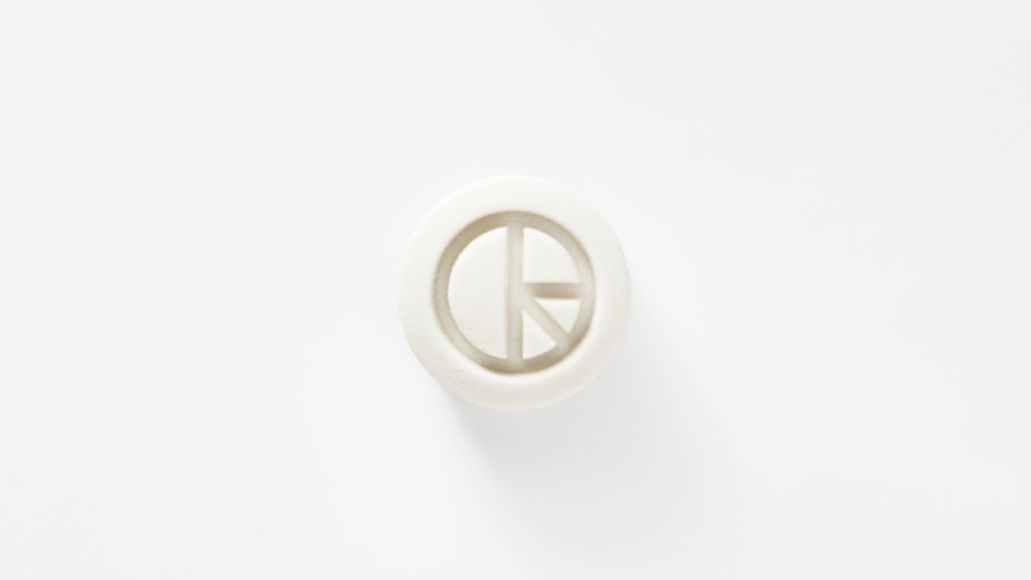