Earlier this month, Chicago house music legend Frankie Knuckles passed away at the age of 59. In celebration of his storied legacy as the scene’s quintessential “godfather”, UK’s The Horrors covered Knuckles’ seminal 1987 single “Your Love” during a recent Maida Vale studio session for BBC Radio 1.

“This is a track that we’ve always loved and the man partially responsible died recently,” frontman Faris Badwan said beforehand. “It’s a classic record, one of the best Chicago house records ever.” (No doubt a sentiment shared by much of the UK, as the single reached #29 on the UK Singles Chart just this past week.) Even as the group’s version generated a slightly darker vibe (aided by the pulsating bass and screechy guitars), Horrors still maintain the original’s breathy sensuality and unassuming romanticism.

Catch the replay below (the cover begins at the 18-minute mark):

The session also included performances of “So Now You Know” and “In And Out Of Sight”, from the band’s new album Luminous. It’s due out May 6th via XL Recordings. 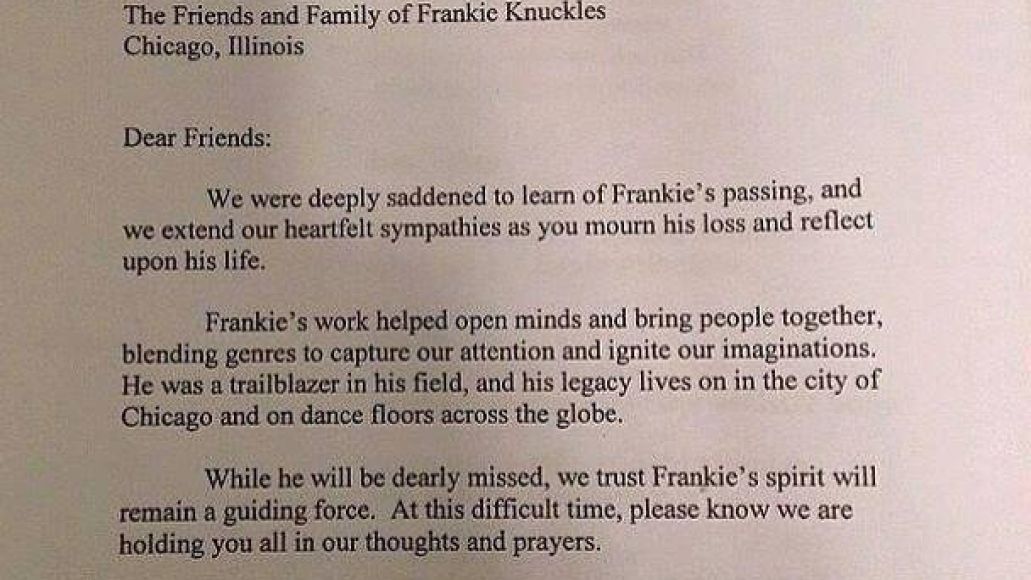