It goes without saying, but Dave Grohl is pretty well-liked around these parts. Foo Fighters’ Wasting Light ranked among our favorites albums of 2011, and we’ve been chomping on every bit of detail regarding its follow-up. But Dave’s awesomeness extends beyond his vast musical accomplishments. Case in point, via LOLsnaps, check out a series of photographs depicting Grohl’s many desirable traits. 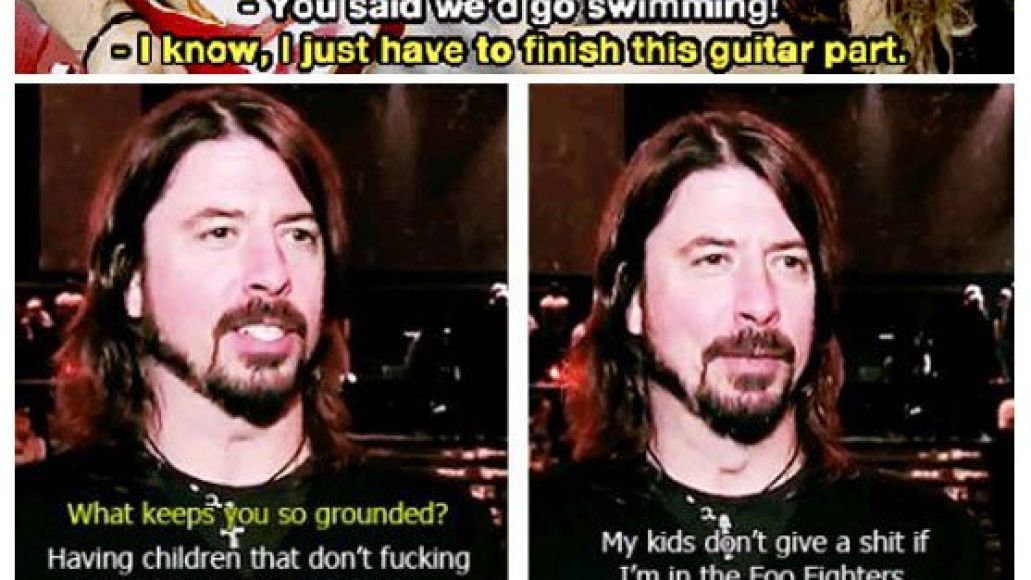 Reasons Dave Grohl is Awesome: As Told In Photos