The 2014 edition of Sasquatch! Music Festival takes place May 23rd – 25th at the Gorge in George, WA. With just a month to go, festival organizers have revealed the schedule.

Saturday’s a little bit tougher: The National will headline, but their set overlaps with both Tyler the Creator and Cut Copy’s. M.I.A., Panda Bear, and Austra all play the same time, as do Neko Case, Washed Out, and Deafheaven. Also, First Aid Kit is pinned against The Dodos.

Queens of the Stone Age headline the festival’s third and final day. Before that, you’ll have to choose between Portugal. the Man and AlunaGeorge, and Parquet Courts, HAIM, Bob Mould, and BANKS, Cold War Kids and Hannibal Buress, and tUnE-yArDs and Pink Mountaintops.

Check out the full schedule at the festival’s website, or below. 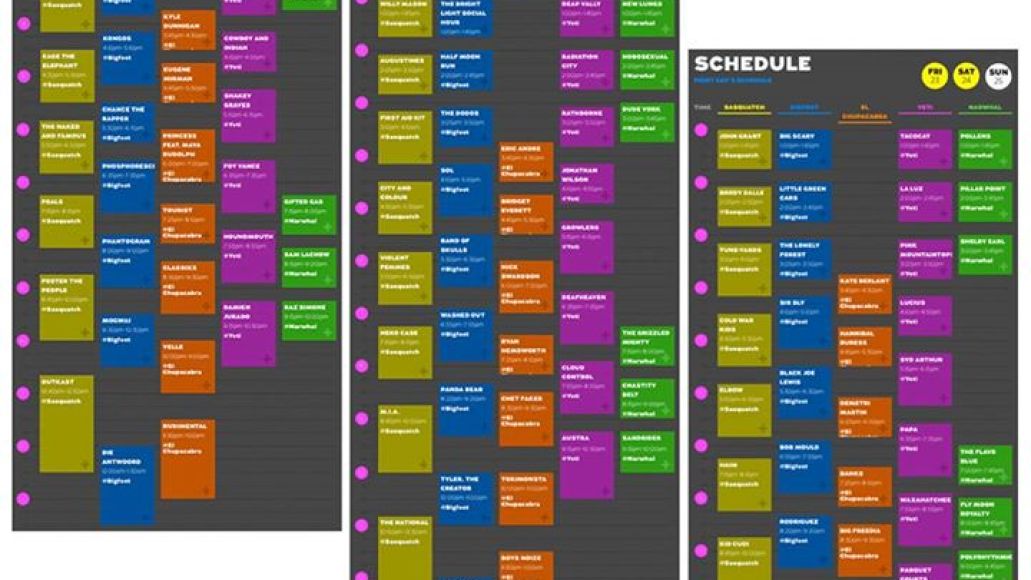