Gyrating beneath the hydraulic lights of Ultra’s Mega Structure, it’s easy, if not encouraged, to escape from the outside world. In a rush for this sense of escapism Friday evening, revelry quickly turned to tragedy when a mob swarmed the entrance and trampled a security guard. As the news of another EDM tragedy quickly spread, the festival only continued to rage on, a large number of the attendees still oblivious to the situation as of Monday morning. It will be easy for popular media to peg this on the drug-fueled electronic music community; however, mass amounts of people channeled through narrow entry points over a number of hours is generally a poor form of crowd control no matter the audience. And in an effort to better control the inflow Saturday, rumors have spread that pepper spray was utilized in the pre-evening hours as tensions among security rose. Ultra has truly outgrown downtown Miami, a concern that must be addressed as the festival hopes to move forward into 2015.

If Hardwell’s closing set during Ultra 2014, the festival’s 16th edition, does go down as the event’s death knell, it was a remarkable run for a gathering that first popped up on the beach to close the city’s Winter Music Week. Personally, I have witnessed the festival grow from a series of tents and shipping container-lined stages to the industry-leading spectacle that it has become. Even though the same few headliners are showcased each year, Ultra remains an enlightening experience on trending genres, the live electronic music experience, club fashions, and the ongoing acceptance of this former counter-culture. While the biggest takeaway from UMF 2014 is the fact that it might not ever be returning, the festival’s eight stages offered a number of other important EMC insights.


Age is but a Number 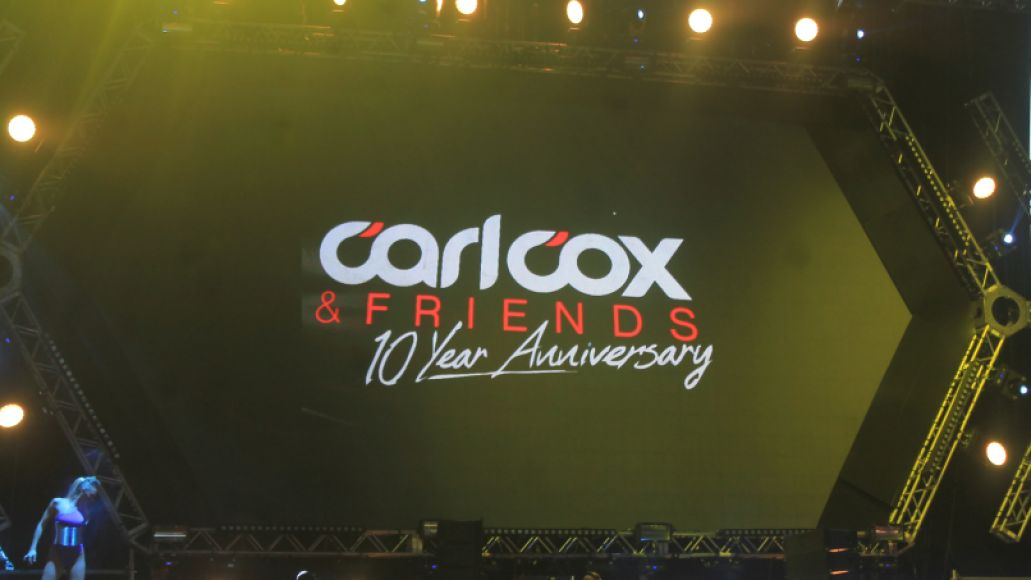 Producers like Martin Garrix, Dyro, and Audien have rightfully garnered support, partially due to the abilities they have crafted at such young ages, but the older guard among the Ultra ranks can still turn up. Celebrating the 10th Anniversary of the Carl Cox stage, the 51-year-old took to the stage for four hours on Saturday alone, working through hundreds of deep, hard house/techno and probably a dozen sweat rags. The 37-year-old Eric Prydz also kept busy all weekend. Following an after-party with deadmau5 on Thursday, he presented Holo on Friday, and then returned on Sunday as Cirez D to keep the underground faithful satiated with a packed closing set at the Ultra Ibiza Stage on Sunday.

The young guns normally dominate the Beatport charts, as their live sets showcase; on the other hand, they have yet to acquire the wisdom that years behind the tables teach. The likes of Kaskade, Armin Van Buuren, Laidback Luke and Fedde Le Grand (all regular Ultra artists) have spent decades cultivating their encyclopedic knowledge of the DJ craft, and it shows when they have the ability to both entertain and educate a mass audience. Despite the ongoing converge of indie and electronica, the Live Stage’s most memorable sets were delivered by those with a few crows feet — Basement Jaxx bringing an array of exotic vocalists and 2ManyDJs proving that the mash-up can still be an art form. 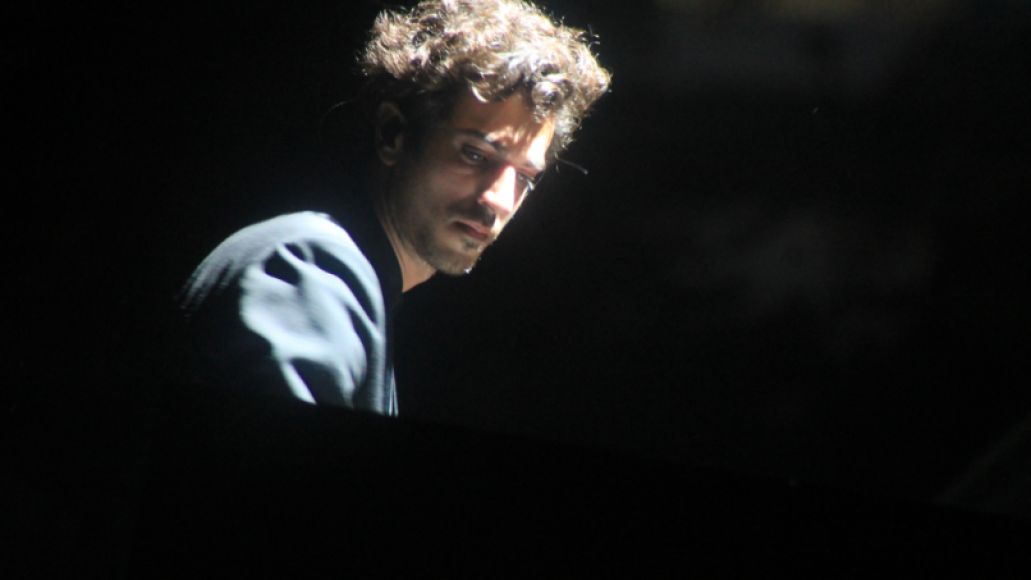 Prior to hitting up the first day of Ultra, I had the opportunity to discuss the festival with the Glitch Mob. The one artist the trio were stoked to see? Gesaffelstein. Closing down the Live Stage on Friday, the French-based producer/DJ knocked the audience back with his progression on the more minimal side of the genre. Cloaked in a flume of smoke, both theatrical and from his near-constant cigarette smoking, Gesaffelstein attacked the mixer reminiscent to beat-madman Daedelus. As the tracks would reach hardline status, Gesaffelstein would back away from the mixer and the stage would go absolutely silent, the audience collectively caught mid-breath.

And call it hard trance or 178, but what was coming from A State of Trance 650 definitely draws heavily from the dark side of rave techno. Described as a “purist” set, Armin Van Buuren took to the stage Sunday as Gaia and showcased the broad range of trance — from uplifting breaks to deep four-on-the-floor basslines reminiscent of the Detroit underground. For those more accustom to the ethereal beauty of trance, the extended set was a genre re-defining experience.


The Groove Is (Almost) Back 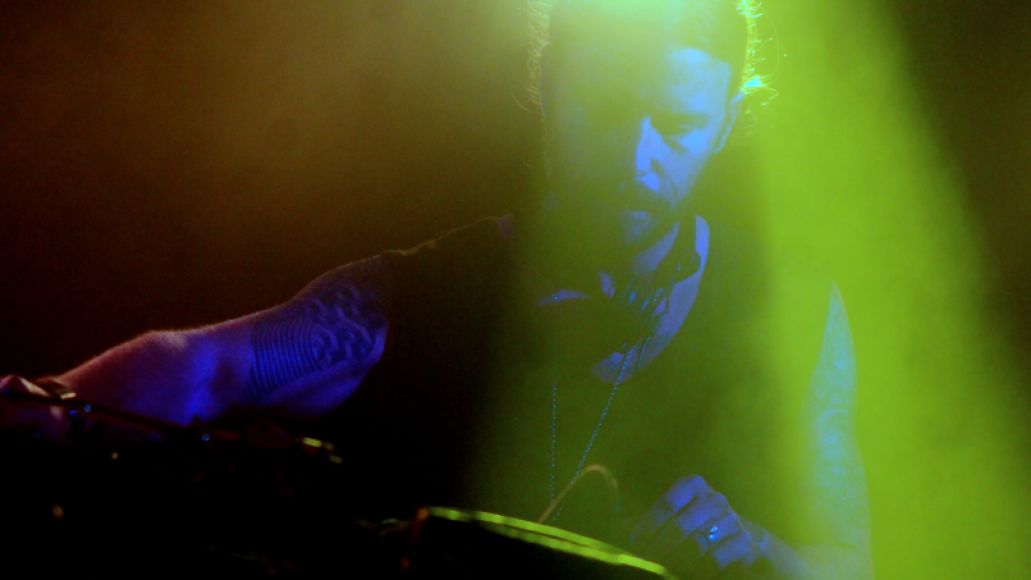 Since about 2010, Ultra has seen more and more artists bring the bass wake. 2014 is the year the balance is tipping back toward groove-based music. Electro-soul producer Gramatik had a full crowd at the Live Stage and managed to get bodies moving to ragtime remixes and some Stevie Wonder.

For a second year in a row, the underground stage kept things super sexy all weekend. Soul Clap revamped disco vibes, the likes of Art Department and Damian Lazarus brought the deep house, and the dirtybird crew popped with the booty-bass throughout Saturday. That feel-good attitude moved over to the UMF Radio Stage on Sunday where Chicago-based Moon Boots and others from the French Express collective proved that the White Sox didn’t actually demolish disco back in 1979. After years of waiting for the drop, the new EDM crowd is finally experiencing some dance-worthy material. 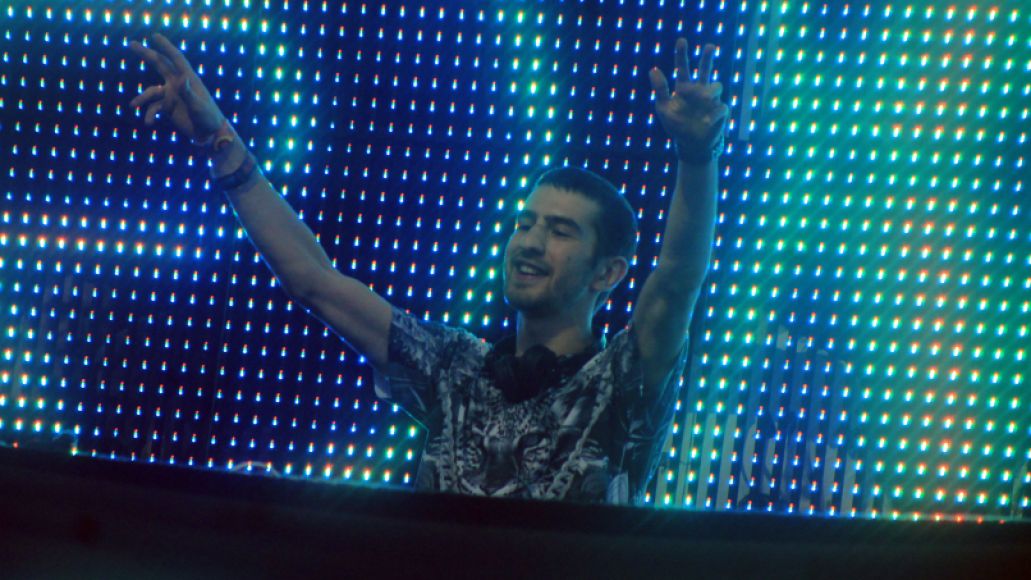 Genres still matter. If they didn’t, Ultra wouldn’t work so hard to properly structure the lineup. However, fan bases are no longer so attached to tempos and beat schemes. Formerly a drum and bass producer (under the alias MRSA) but now releasing under progressive-trance label Anjunabeats, Mat Zo worked the Worldwide crowd with an array of trouse, festival trap, southern hip-hop, trance, glitch, and jungle beats. The up-and-comer even found a moment to slip in Skrillex’s new down-tempo “Recess” single, which lured the producer onstage for an official Mat Zo endorsement. Skrillex himself has come a distance since helping establish brostep, choosing to end his Jack U set alongside Diplo with Toto’s “Africa”.

On the flipside, if you choose to rinse the same trap songs from 2013 (e.g., Just Blaze’s set), fans will quickly discover there are seven other stages to check out.


The Audience Loves a Smile 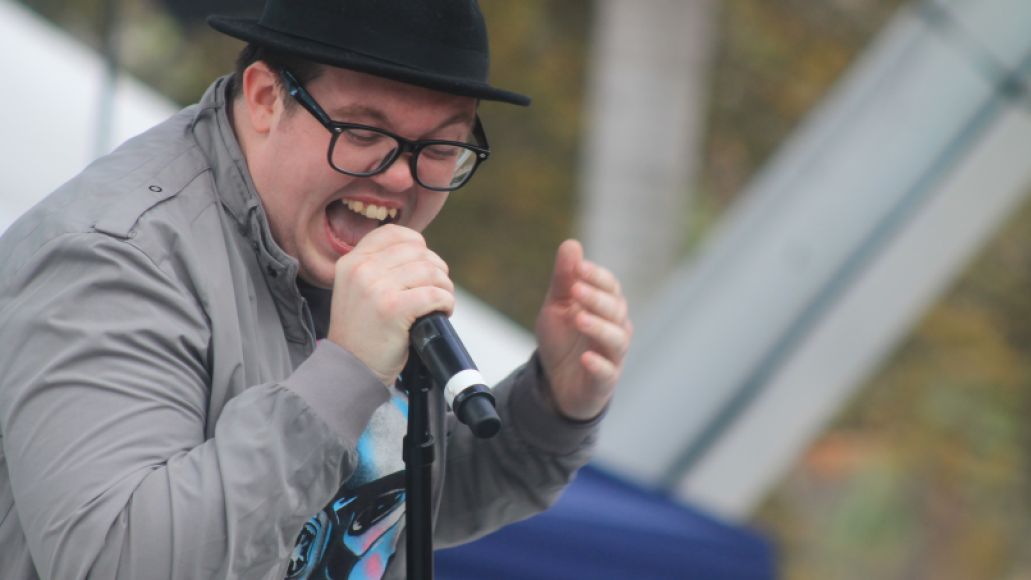 Check out any picture of Armin Van Buuren, and you will see a massive grin across his face. What reason is there not to be happy as a massive international DJ? At Ultra, they were transported by boat to the beach, had access to stocked RVs before sets, and chilled in an ultra yacht during the day. So, even with so much visual spectacle, after spending $500 on a GA ticket, the audience just likes seeing a little reciprocal appreciation. Like first-time Ultra attendees, Alvin Risk, Gibbz (when onstage with Gramatik), and the duo Blond:ish were all smiles. A small sign of gratitude, a chipper smile creates an instant connection with the crowd. And personally, I am going to spend more time checking out the tech-house sound of Blond:ish knowing how much fun they have onstage.

Hell, even after ending his set 10 minutes early and trolling Martin Garrix (with a hysterical edit of “Animals”), plus a sick Avicii (who he was filling in for) and Afrojack during his Saturday night set, deadmau5 has so much charisma that chances are he didn’t lose any of his massive fan base.


You Can Start a Movement 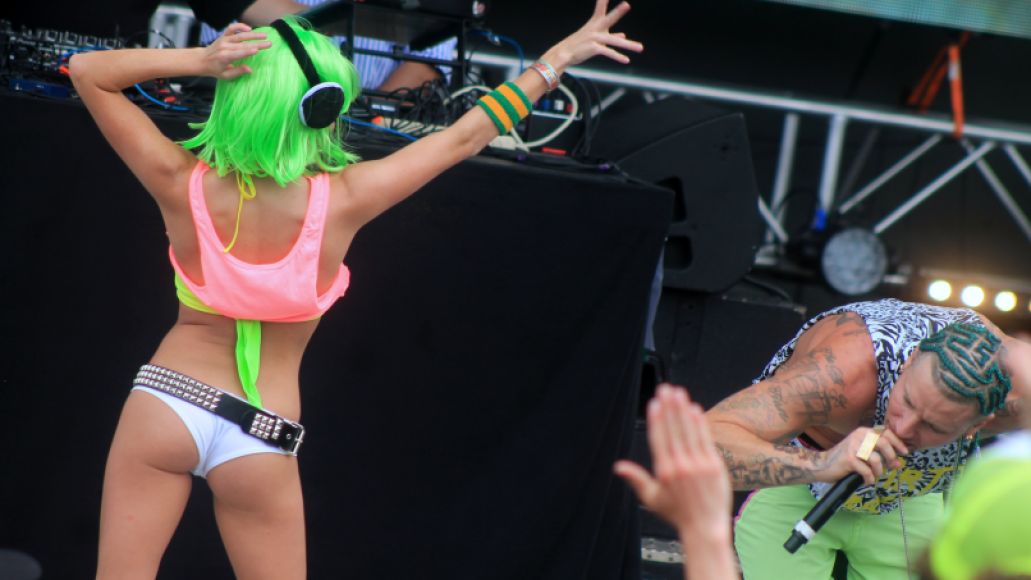 Gone were the customary black jerseys that Chicago’s Flosstradamus typically wear during their raucous trap-style sets — subtly replaced by white versions. The duo are still all about getting turnt up, but now with much more respect. The group behind the #PLURNT movement, they have truly begun to instill a sense of unity and respect among the hype crowd that their take on southern hip-hop has cultivated. Numerous trap anthems are centered around purple drink and Molly, but for Floss to produce and drop “Pillz” (“Unreal, the thrills, they yield, until they kill a million braincells”) with thousands of open-minded youth all gathered in one location shows they’re using their position to spread a real message. Fellow rap-meets-EDM producer Brillz is developing a similarly devout fan base around his eclectic Twonk-philosophy.

Riff Raff is taking the opposite route — using his fictional personality to promote a lifestyle of excess. Like a car accident, it was hard to pull one’s eyes away from the neon, cutouts, and Far East Movement once they hopped onstage.

Ultra can be a life-changing experience, and these artists are the catalyst of the change. As celebrity among DJs grows, there is opportunity to truly affect a culture. Armin Van Buuren leads the charge, but new up-and-comers are ready to carry that torch. 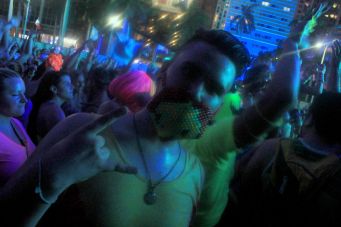 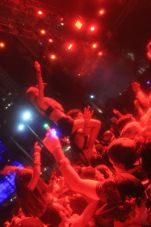 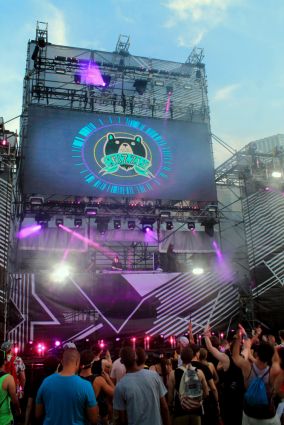 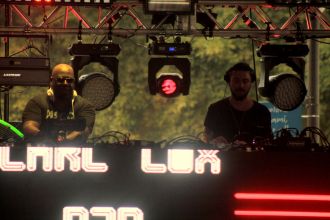 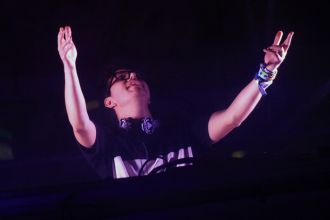 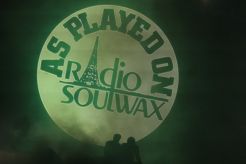 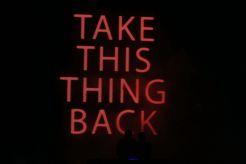 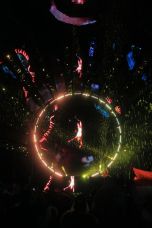 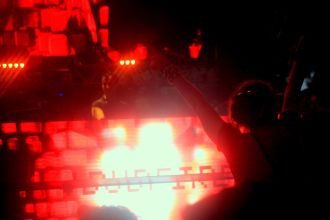 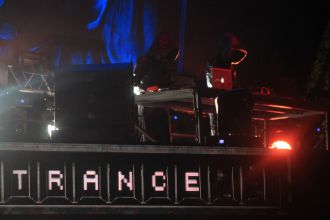 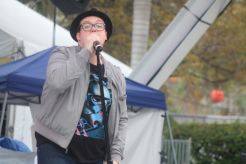 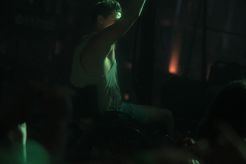 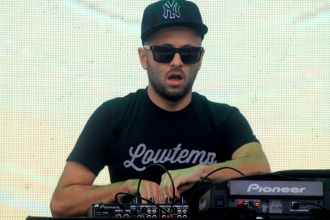 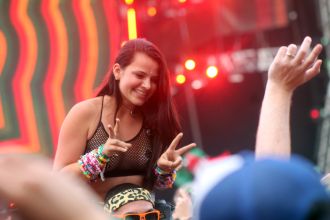 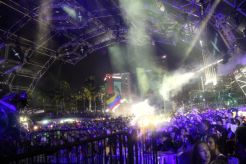 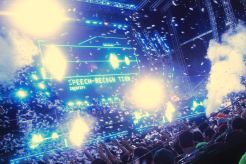 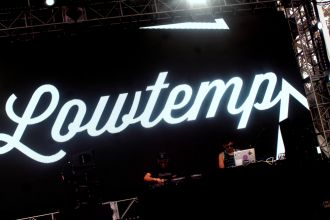 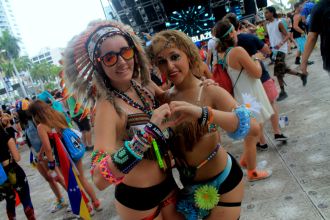 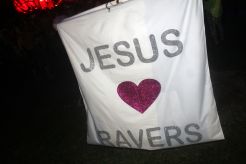 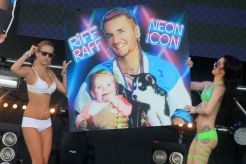 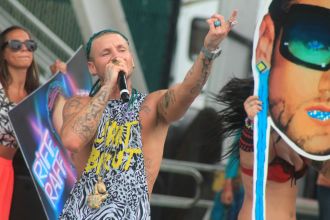 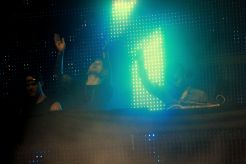 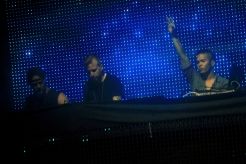