When someone tells you that time gives new perspective, it usually doesn’t help whatever you are going through at that moment. People will say that something is too fresh to talk about, that they need time for their wounds to heal, but even if they are comfortable with their past, time gives you the space to approach events and emotions with more clarity and knowledge of how the narrative proceeds. The journey from our past to our future is when life happens. So I hear.

Sharon Van Etten may be in her early 30s, when you are “supposed” to have it figured out, but her narrative is still very much in progress. She never pretends to have the answers. Titling her fourth collection Are We There seems to anticipate a listener’s question, if this incarnation of Van Etten is what she has been working toward through her evolution from whispers of songs to her National-ized triumph, Tramp. Aaron Dessner’s production on Tramp was both a blessing and a curse, as it gave her a muscular sonic scope that saw her playing places like the Hollywood Bowl without seeming out of place. But it also detracted from her vision, to the point where she might have received less than her due credit, all said and done. Not that collaboration is a bad thing, but maybe once she has reached the proverbial “there,” she can fold more voices into the process, in terms of concept and vision. But at this stage in her career, Van Etten is finding her voice, and filtering it through someone else only prolongs and confuses the process.

Yeah, Van Etten is still not “there” on Are We There, but that’s OK. Her declaration on the album’s opening song, that she “can’t wait to be afraid of nothing,” is loaded with naiveté, but it’s the real kind that allows us to get into doomed relationships and hold on to them with white knuckles and clenched teeth despite the opinions of our friends and family. Van Etten sees this through the lens of time, leading to moments of title-says-it-all songs “I Love You But I’m Lost” and “Nothing Will Change”. The latter is particularly brutal, with the words hoping that “maybe something will change,” only to have the title answering the song’s quandary as Van Etten does at the song’s conclusion.

But while distance in time informs her perspective, what makes Van Etten great as a lyricist is how she doesn’t lose touch with the moment. Are We There shows love in all its comfort and all its betrayal, and in time, that just isn’t how we usually remember things. We focus on the good or the bad, we think how foolish we were, but Van Etten captures a relationship as if she were at sea in the midst of its hurricane and safe on shore in the aftermath, simultaneously.

“Tarifa” masterfully demonstrates this, with brutally honest lines like “Chew me out when I’m stupid,” followed by “You summon/ Forget about everyone else/ Fall away to somehow figure it out.” It’s hard to imagine Van Etten, or anyone, approving of this kind of self-image, or advising to accept this kind of treatment, but many of us still do it. Van Etten resists the temptation to paint herself in a more favorable light, but, rather, paints herself as she was, or is, without judgement. 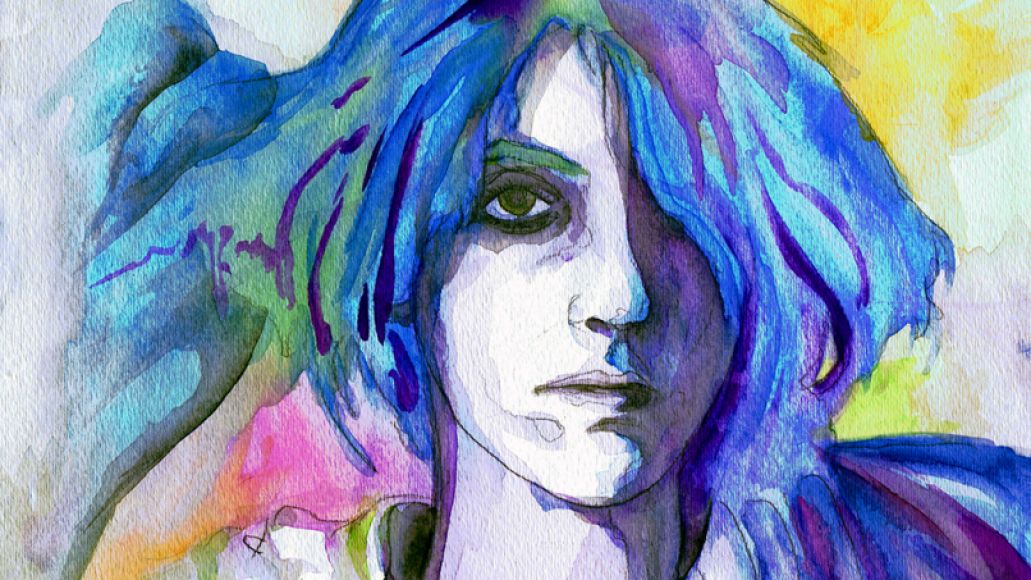 “Our Love” plays with similar unflattering imagery, with her reference to a “back hand” being either an insult or an act of violence, while later she is rescued from a well, only to question whether it’s a rescue at all. It’s a deceiving song, where the lyrical themes are much less googly-eyed than the woozy electric guitar (likely courtesy of The War on Drugs’ Adam Granduciel) and repeated affirmation of “our love” would hint at. Allowing the same confusing dichotomy of love to play out in the relationship between music and words pays big dividends for Van Etten, as the album’s best songs (“Our Love”, “Tarifa”, “Nothing Will Change”, “Afraid of Nothing”, and “Every Time the Sun Comes Up”) all sound bright and vibrant, reminding that music for Van Etten is more than just confessional; it is the feeling that is left once the process is complete. It is the catharsis.

Still, as the producer, songwriter, principal performer, Van Etten is a natural at the expanded responsibility, if a little under-edited at times. “Your Love Is Killing Me”, easily the most gut-wrenching song on the record, comes far too early, giving the opening few tracks a bumpy pacing. In fact, there is a general lack of sonic continuity, which usually doesn’t distract, and even seems like a stroke of genius in the lead guitar line of “Our Love” and in the soulful saxophones of “Tarifa” (courtesy of Stuart Bogie, who also filled the horn section with Colin Stetson on Reflektor). And, to further nitpick, Van Etten struggles at times in the conclusion of songs, delivering awkward lyrical changes at the end of “I Love You but I’m Lost” and “Every Time the Sun Comes Up”. Maybe having an editor would have fixed these small issues, maybe not; either way, they pale in comparison to what she got right, showcasing a tremendous vocal range and managing to vary instrumentation and the general sound of the album drastically from song to song, mostly successfully.

Are We There functions best as the portrait of an artist coming into her own, while hopefully putting some of her demons to rest. “Everyone is crazy with their own life/ Lies in existential, you ever want to find your way out/ Turn into yourself again and reach on out/ To become your true self,” she sings on “You Know Me Well”, and maybe there is something to that, with Van Etten realizing that she needs to find a way out of being consumed by her own life. Because that is the logical step, for her to expand her range beyond heartbreak and personal struggles. Of course, should she never get “there,” a lot of people would be very happy listening to a career of what Van Etten is currently delivering. But as her musicianship expands, and she continues to refine as a person, it’s hard to imagine the lyrics not following suit. Either way, it is the journey that is of far more interest than the destination.

Essential Tracks: “Tarifa”, “Our Love”, and “Afraid of Nothing”

Album Review: Sharon Van Etten - Are We There