In early April, The Flaming Lips announced the departure of longtime drummer Kliph Scurlock. The band gave no reason for his leaving, but based on a few of Scurlock’s tweets at the time, it seemed as though it was not an amicable split and that he had actually been fired.

Now, as Gawker points out, it looks like Scurlock may have been forced out of the band because he called out Christina Fallin — the daughter of Oklahoma Governor Mary Fallin and frontwoman for the band Pink Pony — for using a Native American headdress as a fashion accessory.

UPDATE: Kliph Scurlock confirmed to Indian Country Today Media Network that he was fired by Wayne Coyne for criticizing Christina Fallin. “I was fired for telling Christina to go fuck herself after her lame-ass ‘apology’ when people got upset at her stupid headdress photo,” he wrote. “That happened in mid-March. I wasn’t anywhere around during the performance [at Norman Music Festival] the other night.”

According to Gawker’s sources, Scurlock left public comments on an Instagram photo in which Christina Fallin can be seen wearing said headdress, expressing “his displeasure” in the culturally-appropriating piece of headgear. Lips’ frontman Wayne Coyne didn’t seem bothered by the image, even using it as inspiration for a picture depicting his own dog in similar attire, which has since been deleted. 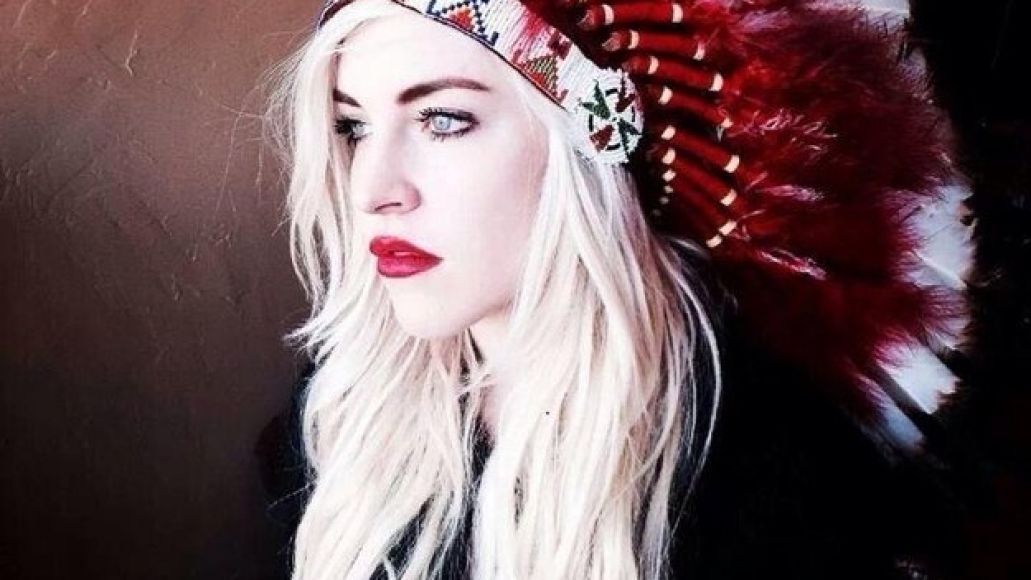 The disagreement eventually went beyond social media and the Internet, as Scurlock was nowhere to be found during the Lips’ concert on March 22nd. Then on April 2nd, an anonymous commenter on BrooklynVegan explained that the Fallin headdress debacle was the reason behind Scurlock’s absence, saying:

Kliph wasn’t fired for calling Wayne out on his midlife crisis b.s. (although if anyone in that band had the nuts to bring it up to Wayne, it would be Kliph!) He was fired for taking a stand against Wayne’s new buddy – the daughter of OK’s tea-bagging, homophobe governor Mary Fallin – when she donned a Native headdress for a racist publicity stunt. When Kliph called her out on social media for being a shithead to the Oklahoma Native community who complained about her headdress publicity stunt, she tattled on him to Wayne. Wayne actually told Kliph he was fired for insulting Fallin publicly.

Coincidentally, just days after that comment, the Lips announced their official split with Scurlock. Weeks later, Coyne looks to still be supporting Fallin and her fashion choice, despite the widespread retaliation she’s received.

Buzzfeed reports that during Pink Pony’s set at the recent Norman Music Festival in Oklahoma, Coyne was in the audience and could be seen “pointing and laughing at the protestors.” Though Fallin “apologized” for the original photo, she was seen provoking these same protestors by performing “a fake war dance while her boyfriend Steven Battles ridiculed the protestors and flipped them off from the stage.”

When Gawker asked for comment, a Lips reportedly said, “Apart from acknowledging that Kliph has parted ways w/ THE LIPS, I have no further info on this.” Scurlock also provided no response.