Welcome to Dissected, where we disassemble a band’s catalog, a director’s filmography, or some other critical pop-culture collection in the abstract. It’s exact science by way of a few beers. This time, we sort through the best and worst of the King of Pop.

I’ll always love Michael Jackson. It’s in my pop culture DNA. I blame my mother, who showed me “Billie Jean” at an age where the only music I knew was Carly Simon’s cover of the “Itsy Bitsy Spider” and Ray Parker Jr.’s “Ghostbusters”. It was a hard life of early bedtimes and chewed up Egon Spengler action figures. But when I saw my mother dancing to the video for “Billie Jean” one morning while doing her yoga, I was hooked — not on my mother, duh, but on good ol’ Jacko.

Who was this guy? That beat, the dancing, those shoes, the way the pavement lit up… where was everyone else? Why was the city so far away? Where did he get a jacket that cool? Would he save the homeless? I had a million questions but only one answer: I was obsessed. So much so that it became a little unhealthy; for years, he was the only thing I would want to listen to, something that drove my parents and my young peers nutso.

True story: In the second grade, roughly a month or two after the public scandals hit the papers, I tried roping together a few friends for the school talent show, where we’d reenact the whole video for “Smooth Criminal”. Or “Beat It”. I can’t remember, it was such a long time ago. Of course, their parents wouldn’t let them — neither would their egos — so it was just me, this portly, Cartman-like wonder, dancing in the worst way possible at the tryouts. Did I mention this was an Episcopal school? 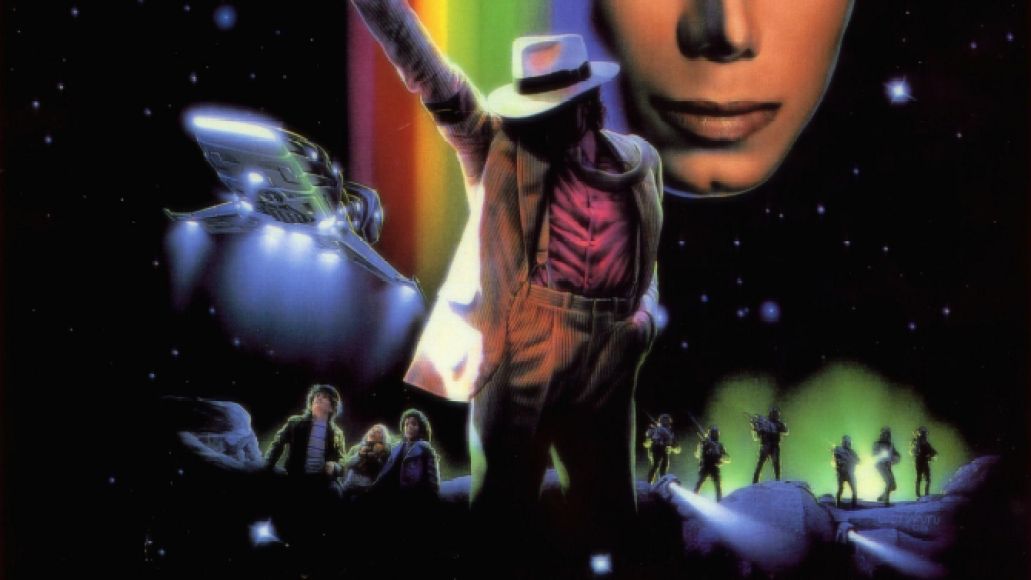 Shortly after, my cousins showed me Nirvana, Wayne’s World gave me Aerosmith, MTV delivered Green Day, and that was that. But even then, I would always turn my head no matter what Michael was up to, somehow ignoring most of the legalities and jokes and whatever else surfaced in the tabloids and nightly news. I kept thinking of him circa Off the Wall, Thriller, or even his Moonwalker film, which I nearly destroyed due to constant play.

Because of this, I don’t think I properly got to know Michael at all. But I don’t think I’m alone. As Steven Hyden wrote in his exceptional review of this week’s Xscape, “Millions of Michael Jackson fans clearly preferred the abstraction to the actual man.” I know I certainly did, and still do, as exemplified by my recent obsession with his demo of “Love Never Felt So Good” and my urge to dust off my old Moonwalker Sega cartridge.

That’s why, oddly enough, I never shed too many tears for Jackson’s death in 2009; he’s never truly existed for me. He’s always been on the fringe of my imagination, a funky specter influencing a fictional world of possibilities, where robots and rabbits can dance alongside me, the dead are just a dance away from oblivion, and knives aren’t for violence but strictly couture. I love this fantasy, and it’s often a place I revisit. So, without sounding too sketch, come revisit this strange, surreal world with me once more.

I promise I won’t embarrass you with my dancing.