Do you know what it feels like to be seated, sobbing in a venue while everyone around you stands, dancing and refusing to acknowledge the underlying horror of the song they’re hearing? Last night, Lykke Li played the Apollo and her crowd just did not get it. Or rather, they willfully ignored the primary thesis set forth on her new album, I Never Learn, and decided to remain in blissful ignorance. Many danced, but no one danced like Lykke Li did.

There’s a very specific pain that gives you unfettered movement in your world. Left rock bottom by someone, something that you loved, the ability to still exist almost feels like an affront, so pushing the boundaries of what’s socially acceptable feels like valid rebellion. It was with this kind of careless abandon that Li danced onstage at the Apollo last night. Much else was ordered, even amid the chaotic anguish and seductive lilt of her music, but Li’s movements in particular felt like the work of a woman who has no one left to impress. 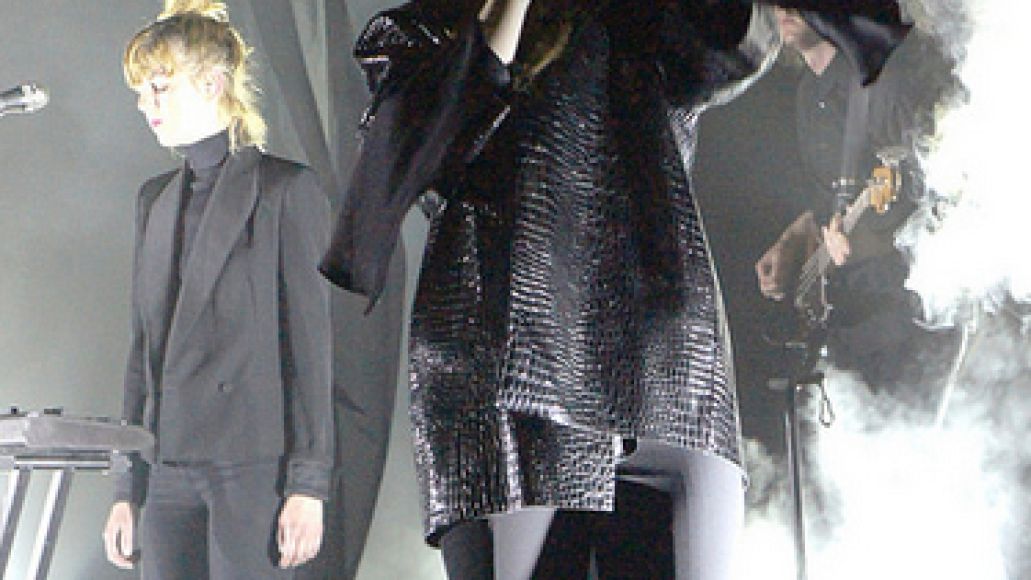 Holding the show at the Apollo seemed like a very distinct choice for Li’s latest record, a brief, vivid study in betrayal and romantic loss called, again, I Never Learn. The historic, sit-down venue suggests that Li would be taking a more somber note with her performance, too, perhaps even playing the record in full before delving into some of her more digestible pop songs. The show’s sequencing, instead, undulated between the sob-inducing cuts off I Never Learn and her more catchy, crystalline hits. Mid-set, the hyperbolic “Never Gonna Love Again” awkwardly transitioned into “Little Bit”, and no one batted an eye.

It was “Gunshot”, though, that sparked my opening sentence. Although it’s a quicker, beat-heavy song off her new album, it’s always hit me as the saddest of the bunch. As someone who far too often lashes out with a temper and makes violently damning mistakes, the distress in this track always hits me deep. This is not a chorus to be sung with euphoria, yet they tried. Still, it’s not Li’s fault. She coaxed them into sitting again and turning down for her performance of the album’s most gut-wrenching number, “Love Me Like I’m Not Made of Stone”, a graceful move for which I’ll always love her.

She’s a pro, though, and she knows what her crowd wants, even if she’s still hurting. She worked bits of Beyoncé’s “Drunk in Love” intro and Kanye’s massive, siren-sampling intro of “Send It Up” into the last half of the set. She played “I Follow Rivers” and “Get Some”, both from 2011’s Wounded Rhymes, and the crowd was pleased. But instead of ending her set with “Dance Dance Dance”, she returned to the stage for her encore with a bottle of Maker’s Mark in hand and sang an unnamed song in Swedish and, finally, “Sadness Is a Blessing”, finishing the show on her own terms. 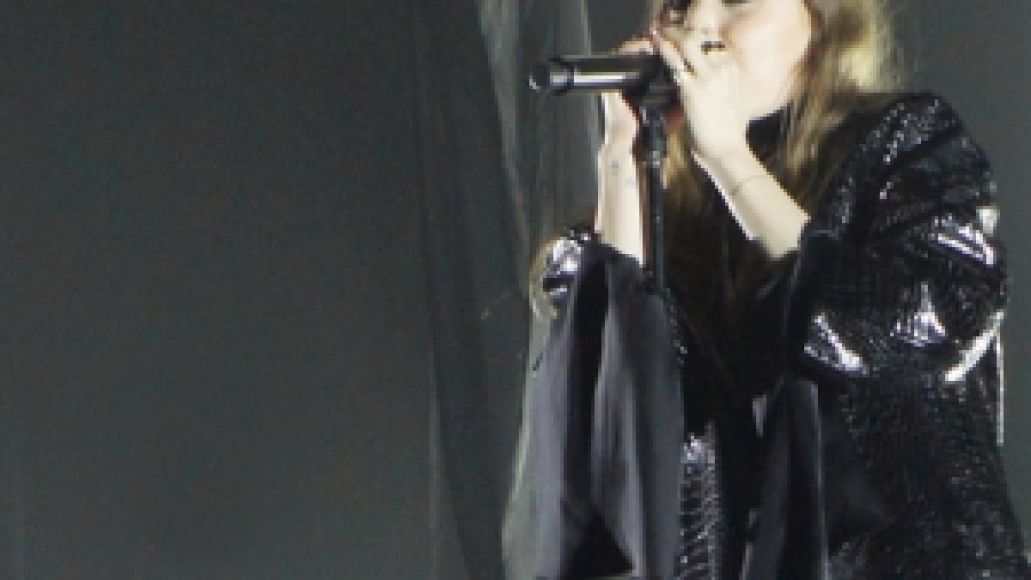 There are a lot of things that can make you feel like you’ll never love again, and not all of them are specifically tied to romantic relationships. Life can throw you a million demanding curveballs that leave you embittered or embattled, trapped in your own inabilities and failings. But while I Never Learn takes me to those impossible lows, there’s also an exuberance in Li’s utter abandon — the kind that the best sadness has. It’s the inexplicable appeal of misery; the only place to go is up. There’s strength in hitting rock bottom and finding your heart stretched and strained in ways you never dreamed of, then, resurfacing.

Sadness feels more human to us because it’s more ubiquitous, and it doesn’t feel as specific as the happiness that some people are blessed with. Pain sees pain and finds a way, chameleon-like, to relate. When you’ve been wounded that deeply, a part of you never forgets and continually empathizes with others when they’re in it. Watching her frenzied dancing, I saw Li’s pain, and even amid a crowd of clueless fans, I related. Sadness is only a blessing if you’re ready to embrace it, but Li wouldn’t force her knowledge on anyone. Most of us will never learn, either.

Setlist:
I Never Learn
Love Out of Lust
Just Like a Dream
No Rest for the Wicked
Jerome
Hanging High
Never Gonna Love Again
Little Bit
Gunshot
Love Me Like I’m Not Made of Stone
Sleeping Alone
I Follow Rivers
Rich Kids Blues
Heart of Steel
Youth Knows No Pain
Get Some
Encore:
Unnamed Swedish Song
Sadness Is a Blessing