Metronomy is for the people. The UK electropop outfit collects a varying number of fans, and many of them were out in full force for Wednesday night’s show at the Metro. Old people who miss New Order, hip albeit nerdy kids who like synth music, and former-frat-bros-turned-bankers (who like what their girlfriend likes) were all represented. But there’s one label the entire crowd could dub themselves: bad dancers.

No lie, the night’s “festivities” mirrored the scene in A Charlie Brown Christmas, in which all of the kids dance to Schroeder/Vince Guaraldi’s piano ditty, except it was less cute and involved an egregious amount of arm flailing. After the show, I spoke to a girl who had nearly found herself in a brawl after accidentally elbowing another concertgoer in the head several times, a level of physicality that the show definitely didn’t demand. 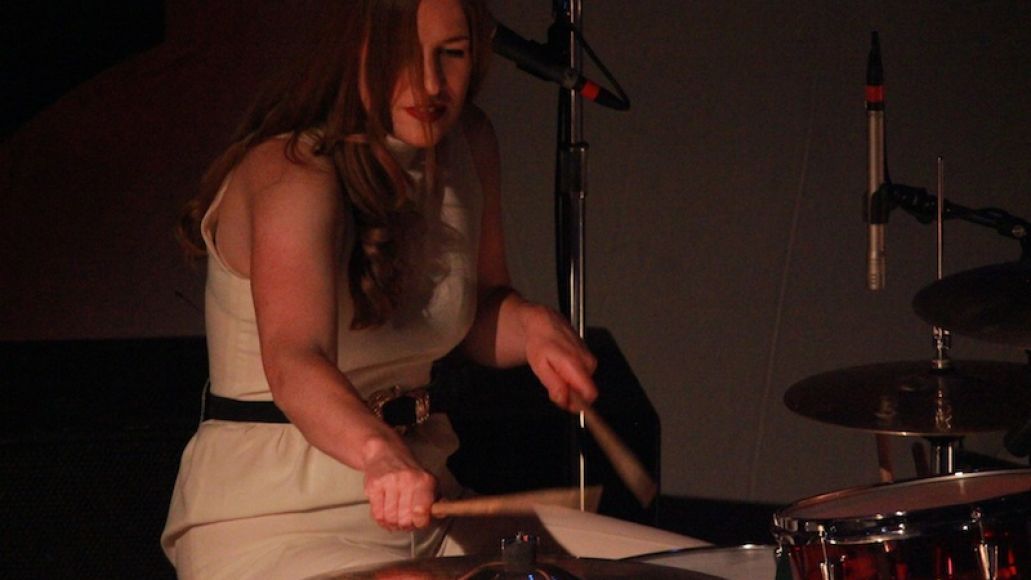 The night began with a palatable opening set from Australian outfit Cloud Control, who struggled to win the crowd over until their last track and offered mediocre stage banter throughout (e.g., “I cut my face shaving this morning. You guys would tell me if I started bleeding, right?” Silence. “[Laughs] Okay, thanks!”). Shortly after, Metronomy arrived in matching white attire, a dated tactic that admittedly made for an entertaining visual. Their elaborate stage setup matched the electronic panache, as their equipment glowed from the panels that covered their instruments.

The biggest problem with the set was the old cliché: “They didn’t play enough old stuff.” Of course, most young acts supporting their new album are going to dig into it on tour, but the crowd’s reactions to Love Letters was tepid at best — even lead single “I’m Aquarius” failed to elicit much enthusiasm. However, every time they dipped into the past — like, say, on pre-encore closer “The Bay” — the audience started bobbing around and doing the 5 dance from the aforementioned Charlie Brown Christmas that would make for one hell of a GIF.

The Metro has seen better weeknights, that’s for sure.