Riot Fest has revealed the 2014 lineup for its Toronto installment. The two-day event runs September 6th – 7th at Downsview Park in Toronto, ON.

Tickets will be available beginning Saturday, May 10th at 10:00am ET. 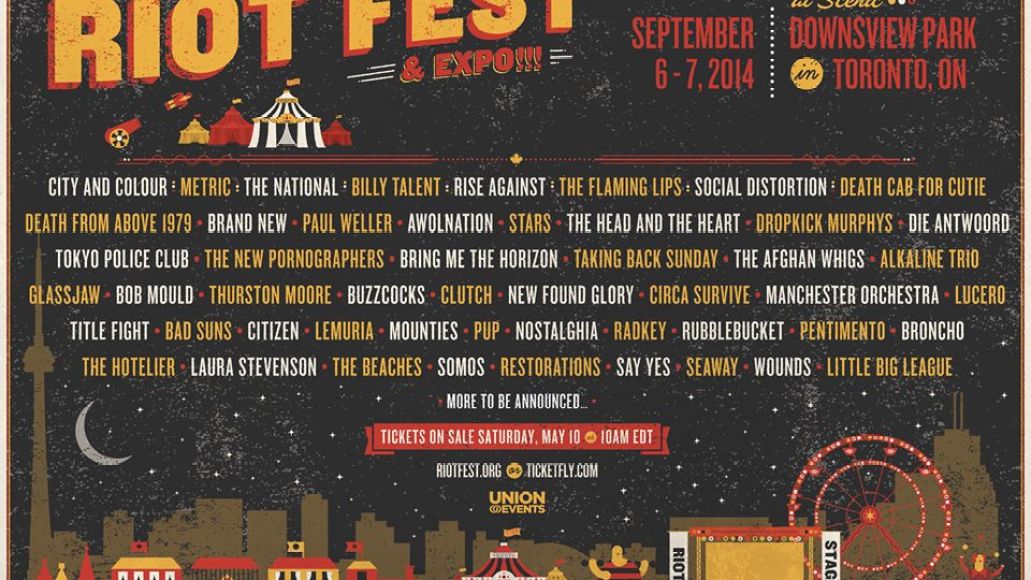