Welcome to Shelf Life, the bi-monthly series in which Ryan Bray combs through his record collection and gets reacquainted with the lost treasures within. Last time, Ryan discussed how a local Boston band introduced him to punkabilly. This week, he reflects on an unlikely favorite album from his preferred British Invasion band, The Kinks.

“The King is dead, rock is done/ You might be through, but I’ve just begun.”

Most serious music fans have had that argument with someone at one point or another. Do you prefer the Beatles’ timeless pop perfection or the Stones’ down-and-dirty blues rock raunch? Are you more partial to music that strikes a chord and moves you or bad boy rock and roll that makes you move? If rock music were a currency, the Beatles and the Rolling Stones would make up both sides of the quarter.

That’s all well and good, but considering the wealth of bands that made their mark on the British Invasion movement, I always found it curious that any discussion of ’60s rock always more or less boils down to the Beatles and Stones. Not to take anything away from either band, obviously, but we’re talking about a movement that gave us the Yardbirds, the Hollies, the Who, Faces, the Animals, and plenty of other bands that wrote some of the very best rock songs of all time. But even among that long list of great British Invasion acts, I want to talk about the Kinks. For me, they’re the band of that high-water era that really caught my ear. Frankly, I was then, am now, and probably always will be more of a Kinks guy than I am a fan of any of the aforementioned bands. That statement hasn’t won me many fans in the past, but it’s an honest take. For whatever reason, I come back to the Kinks a lot more than any band from that era. Records like Muswell Hillbillies, Kinda Kinks, and Arthur have stood my own personal test of time better than Revolver or Sticky Fingers, even though those records are hardly neglected on my end either.

I think that the eclectic nature of the Kinks’ body of work was what won me over. My first foray into the Ray Davies songbook came pretty much as soon as I was old enough to start latching onto music — let’s say 10. That was 1993, a time when my head was crammed down to the last square inch with Nirvana and Cypress Hill songs, but I remember the Kinks making a distinct impression on me at a young age, too. My dad was a child of the ’70s, so the radio dial in his car never drifted far from classic rock radio mainstay WZLX, a station out of Boston. It was a station loaded with all the requisite players, from the Beatles and Stones to CCR, Springsteen, Petty, Floyd, Clapton, and others. Compared to the rest of the usual classic rock suspects, the Kinks had but a small handful of hits. But let’s face it, you don’t forget the first time that you heard “All Day and All of the Night” or “You Really Got Me”. Catchy as all hell but rougher and surlier than anything of their time, those tunes practically tattoo themselves on your brain. 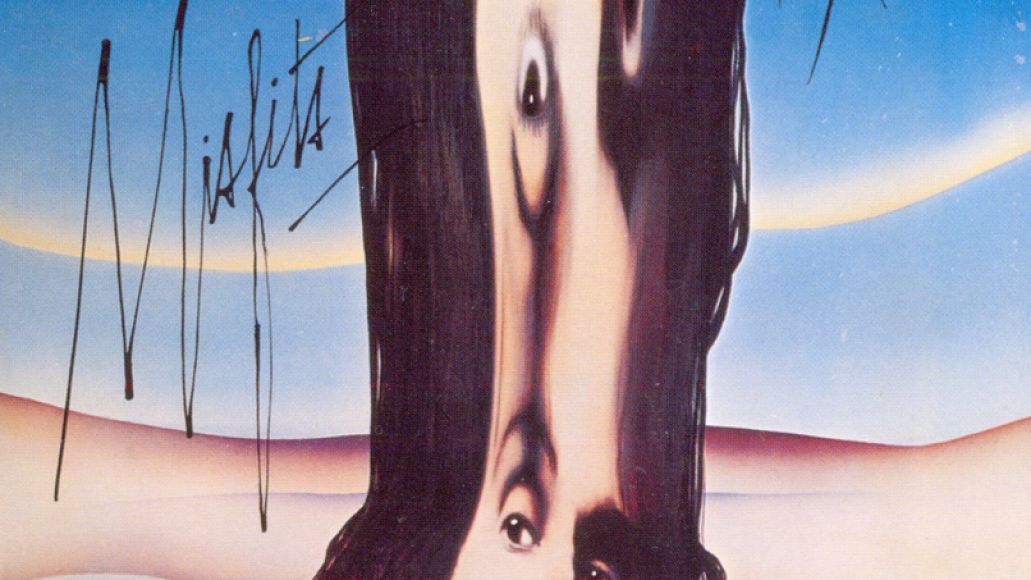 But I didn’t really become a tried-and-true Kinks fan until much later, college in fact. I honestly don’t remember how I came across Misfits, but the record exposed me to a whole other side of the band that I didn’t know existed. Little did I know how far they had stretched beyond their ’60s R&B roots in the ’70s. Sleepwalker, released in 1977, found Davies steering the band into arena rock, complete with bigger guitars, tighter production, and an all-around more pronounced rock and roll feel. I initially aimed to tackle Sleepwalker for this piece, except Misfits is just, well, better. The band followed the same stadium-ready course as its predecessor, but it improved upon it. It’s long been said that the band’s quintessentially British identity put a relatively low ceiling on how far their music carried beyond its native England, but Misfits is a pure product of the classic rock era, completely steeped in the classic pop rock formula of big hooks and catchy choruses.

I remember being thrown by how drastically different this band sounded from the first time I had heard them more than 10 years earlier. Granted, there was a 14-year gap between the release of 1964’s “All Day and All of the Night” and Misfits, which is plenty of time and space for a band to spread its artistic wings. But for a kid who had more or less blocked out much of the Kinks’ work in between those two points, I was intrigued.  Having long-since caught up with the rest of their catalog (as well as many of Ray Davies’ solo efforts), Misfits, for me at least, holds up to repeated listening better than other Kinks albums because it gravitates more toward the middle than a lot of their previous work. That’s not to say it’s lazier or less adept, but it’s just more palatable. The record’s title track might wallow reflectively on life as an outsider, but the music is vintage, hook-heavy guitar rock.

Elsewhere, “Hay Fever”, “A Rock ‘N Roll Fantasy”, and “Get Up” are some of the most arrow-straight and accessible songs they’ve ever written. The late ’70s pop music landscape was overrun by grandiose, borderline schmaltzy corporate rock bands like Kansas, Toto, and the like, and while it’s interesting that the Kinks opted to dip their toe in those waters, it’s hard to say it didn’t work. Unlike a lot of those other bands, the Kinks pulled off broader rock songs without giving the listener cause to wince or roll their eyes. That’s because even as they drifted closer to a more mainstream modern sound, the band still kept its edge. “Father Christmas”, for instance, was a pop punk precursor that playfully skewered class warfare in the band’s native England, even as it bounced off the walls with sugary hooks.

I had the good fortune of talking to Ray Davies a few years ago, and I couldn’t hang up the phone without asking him a few questions about Misfits. He said at the time that it just made sense for them to go bigger and reach further, and I’m glad they gave it a shot. In the end, Misfits was one of those pivotal records that helped warm me up to the idea that bigger can sometimes be better, this in spite of everything my puritanical punk rock roots had previously taught me. Looking back, I’m thankful for the lesson.

Between The Beatles and The Stones, I'll Take The Kinks