I used to see all those “I [heart] NY” mugs and T-shirts and think, Those are fucking hokey. Only naïve, cliché-prone tourists sport that shit. But that was before I ever went to New York. That was before this year’s Governors Ball Music Festival, which marked my first ever trip to the Big Apple and sparked a metropolitan love affair that I wish could go on forever.

Yes, I’m aware that Randall’s Island doesn’t really represent the city as a whole. But the fact that the Triborough Bridge is the only thing separating one of the world’s most populous and expansive urban centers from a locale that can feel as wonderfully remote as Bonnaroo despite being nestled between countless skyscapers … that’s magical. 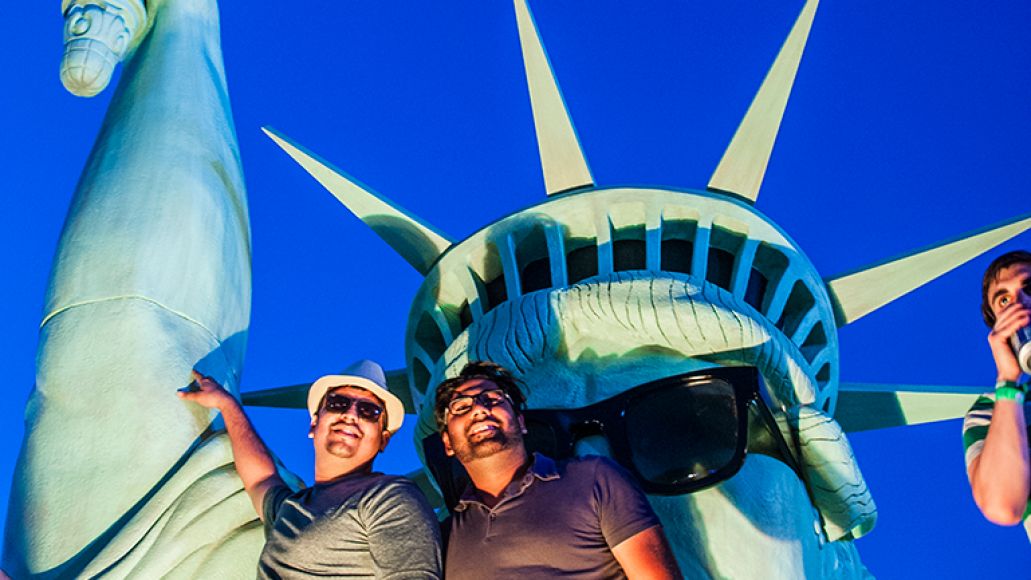 That vibe might be in part due to some of the same organizers’ involvement – these people know how to draw a crowd that genuinely cares about live music, not just the lookie-loo celeb/VIP groups that flock to most major fests. Still, this year’s stellar lineup had as much to do with the abundance of finer feelings. Some of our favorite acts – OutKast, Jack White, Damon Albarn, the Kills, Julian Casablancas + the Voidz, Grimes – have already or will play many of the top multi-day music events. Others – Spoon, TV on the Radio, Interpol, and most notably, the Strokes – made triumphant returns after years away.

Beyond those highlights, priceless moments were made by Phoenix, Disclosure, Janelle Monáe, La Roux, Lucius, and many more. After tirelessly chasing so much talent for three days virtually non-stop, exhaustion is setting in and involuntary sleep is imminent. But first, I’m gonna go buy one of those stupid T-shirts.