Ever wonder which movies inspire your favorite bands or how filmmakers work with artists to compile your favorite soundtracks? Sound to Screen is a regular feature that explores where film and music intersect.

This week, the film adaptation of John Green’s The Fault In Our Stars hits theaters, the latest in a long line of teen movies aiming to use the lives of teenagers to tell universal stories about the yearning of adulthood. It’s too early to tell whether or not Fault will turn out well, but if there are two commonalities with these movies in general, they’re among the following:

01.) The soundtrack game is almost always on point, unless it was put together by some studio music supervisor trying to maximize synergy with company-held label bands, and;

02.) These movies, good or bad, very rarely capture how teenagers interact or talk with one another. Usually it’s an old white guy’s version of how teenagers do those things, ala John Hughes still thinking the dangers of downtown jazz clubs make for comic gold, as seen in Weird Science.

The ‘80s in general were a key time for the evolution of the teen movie into something more lasting and time-tested. In addition to Hughes’ essential body of work, you also had everything from the inspired, narrowly focused weirdness of Savage Steve Holland’s films, such as Better Off Dead, a movie about a boy, a girl, repeated suicide attempts, and ski racing. You had the quirkier, more forced stuff, like the Comedy Central staple Real Genius, the stoner-friendly weirdness of Bill and Ted, the deep drama of Stand By Me, and a lot of other permutations of movies about and aimed at teenagers. 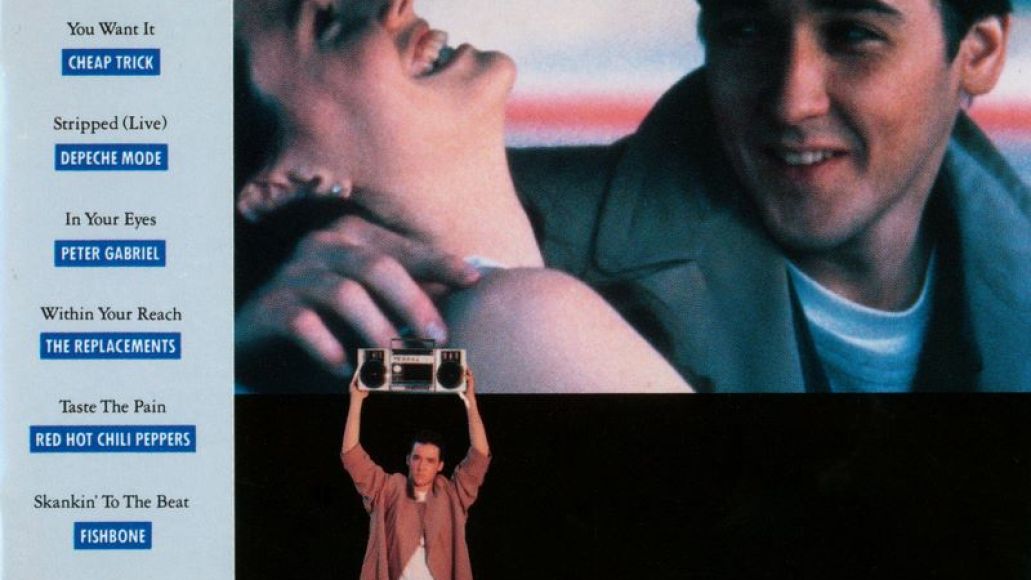 But among those, one of the definitive classics is Cameron Crowe’s Say Anything, which just saw its 25th anniversary in April. Even in an era awash with teen classics, Say Anything is a king among its peers. One reason for this is Cameron Crowe at the helm; for better or worse, he’s the sort of director whose style can be picked up within a few minutes into any of his movies. And a big part of that style is the use of music to carry home, and sometimes independently establish, his significant moments and themes. He comes up fairly often in entry-level screenwriting classes due to his yen for writing specific songs into action direction, and even his lesser movies always have impeccable song selections.

And within his filmography, it’s hard to name a single use of song and image more well-known, even to people who haven’t actually seen the scene or the film, than John Cusack’s Lloyd Dobler raising aloft a boombox with Peter Gabriel in tow during Say Anything. Without context, it’s a grand gesture of romance, a young boy pouring his heart out to the young woman he loves using his best available weapon: Peter Gabriel’s “In Your Eyes.” Both essential parts of this sequence have reached milestones this year: the film’s quartercentennial anniversary, Gabriel’s recent induction into the Rock and Roll Hall of Fame.

The scene, in context, is a rare moment of sentimentality in a film that’s primarily focused on delusions being shattered. Lloyd truly loves Diane (Ione Skye), but without understanding that he’s reached the period of life at which idyllic love often takes a backseat to more pragmatic concerns. In this regard she’s far ahead of him, planning to study abroad and supported by her loving but also tax-evading father (John Mahoney). So for Lloyd to show up isn’t so much an inconvenience as it is a potential rewriting of her life to date. One courtship, blooming romance, loss of virginity, and eventual heartbreak later, Lloyd is left despondent, desperate to communicate himself in any way he can understand to show Diane his love. So, as Crowe protagonists often do, he resorts to song to say what he can’t.

In talking about why this scene has lingered, it’s important to realize how immediately analog it became. Technology changed faster in the ‘90s than perhaps any other decade, and so within only a few years Lloyd’s Master Blaster was left behind for the Walkman, followed by CD players, and so on. In a lot of ways, this sort of film was left behind as well; others like Reality Bites (and Crowe’s directorial follow-up, Singles) would follow its template of chronicling How The Young Lived Then, but rarely with the weary soul of a filmmaker trying to figure out his own place in the changing world. Even Gabriel would start making darker music in the ‘90s, fixated on his divorce and its fallout. 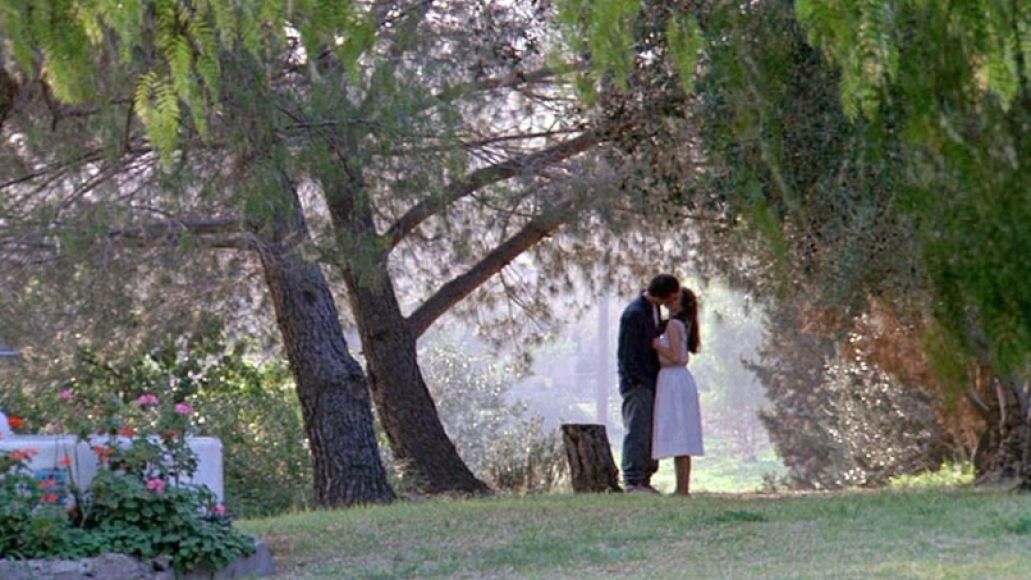 But in 1989, things froze for a moment as John Cusack told Ione Skye, without uttering an actual word, about how “In your eyes/ The light, the heat/ I am complete/ I see the doorway to a thousand churches/ The resolution of all the fruitless searches.” The non-permanence of the post-high school summer has rarely been articulated so well, teenagers desperately chasing something meaningful (and, ideally, involving moderate to full nudity a lot of the time) in each other since nothing makes sense and the lot have been shoved into the deep end and instructed to swim. Say Anything is as much about circumventing that panic as it is the panic itself, and it’s in Lloyd and Diane that Crowe finds his way out of the banality of ascribed notions of adulthood.

As for the couple, the future still comes. They end up together in taking it on, although the film does end on a similar note to that of The Graduate, one of ambivalence and hopeful anxiety. But within the film and within popular culture at large, their starry-eyed summer still hangs heavy over all, particularly that one day when each was able to cast their doubts aside and dive headlong into one another (not a euphemism) because of a perfect song at the perfect moment. It’s a teenage dream in faded analog, but one that’s dictated the ways in which real-life teenagers would go on to dream in the 25 years since. And the beauty of outmoded ways of living is that they only get more romantic with every passing year.