On Friday night, Kanye West got a chance to redeem himself at Bonnaroo following a disastrous set in 2008. However, it seems not everyone was wooed by Yeezus’ 21-song, rant-filled performance. As these photographs prove, the anti-Kanye sentiment is still alive and well on the Farm. 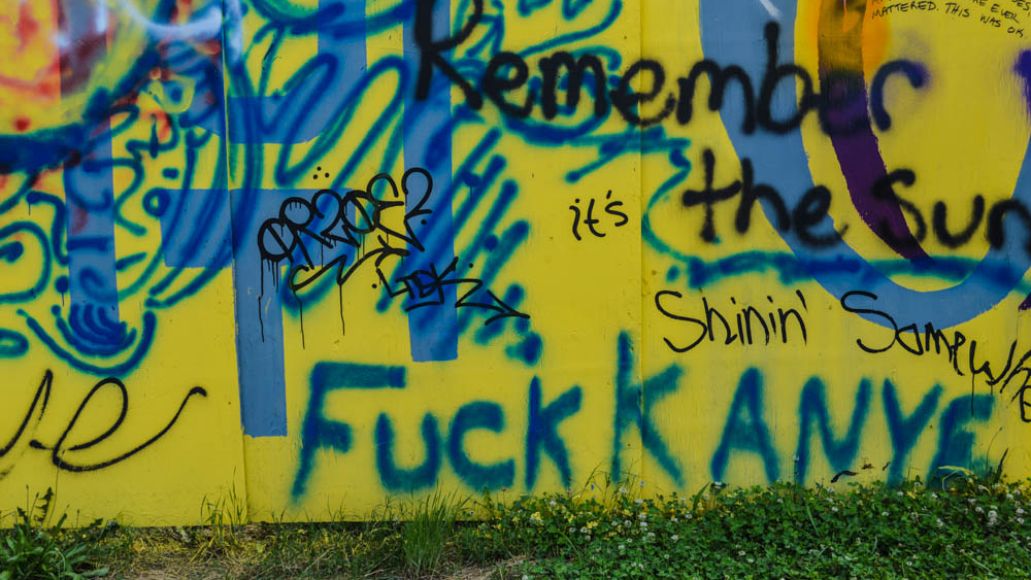 People are really into calling Kanye a gay fish at Bonnaroo (and they really need to stop) http://t.co/X7Mmjsqb70 pic.twitter.com/mccdrVNCxE

Kanye West is still not very popular at Bonnaroo