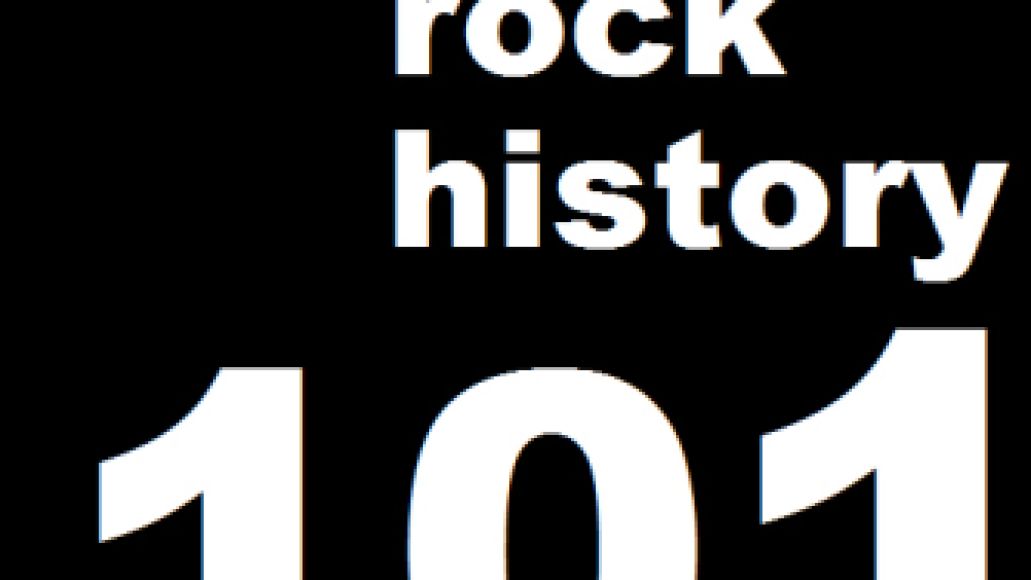 Contributing writer Jack Stokes returns with another volume of Songs with Must-Hear Backstories, a monthly feature that digs up the artist-validated stories behind the songs you love. Last time around, Jack revealed the origins behind songs by bands as varied as The Beatles, Bachman-Turner Overdrive, and Fastball. This month, he stays eclectic with the real story behind classics by The Rolling Stones, Johnny Cash, and Semisonic among others.


Some songs are fun because they have no real meaning – “I Am the Walrus” anyone? – but others make more of an impact when you know the true stories behind them. Yes, it’s that time again. So, gather ’round, boys and girls, and we’ll clue you in to the origins of some of rock n’ roll’s greatest songs.

The lyrics of “A Boy Named Sue” follow a comical and yet touching story about a missing father whose parting gift was to name his son Sue. All his life, this poor kid gets ragged on and beat up for his girly name — until he toughens up and hunts down his no-good father to beat him to a pulp.

In contrast to its rough-and-tumble storyline, the song’s bouncing lyricism and playful rhymes sound kind of like a Shel Silverstein poem, because it is.

Written in 1969, the poem was in reference to Silverstein’s close friend, Jean Shepherd, who was ridiculed for his feminine-sounding name. When Johnny Cash got his hands on it, he glanced over it once or twice before recording it live at a San Quentin State Penitentiary concert. It was an instant hit.

It’s a wonder of music history that a poem by such a whimsical poet could wind up something so quintessentially Cash.

Lyrics that back up the story:
Well, my daddy left home when I was three
And he didn’t leave much to ma and me
Just this old guitar and an empty bottle of booze
Now, I don’t blame him ’cause he run and hid
But the meanest thing that he ever did
Was before he left, he went and named me Sue

Known throughout the bar-hopping world as the “last call” anthem, Semisonic’s “Closing Time” sounds an awful lot like a face-value song. But lead singer/guitarist Dan Wilson has since made it clear that he pulled the wool over the eyes of fans and bandmates alike. The song, seemingly addressing stumbling bar patrons, actually speaks directly to Wilson’s unborn daughter, Corazon, while she was in utero.

Impatient to become a father, Wilson decided to write this lyrical eviction notice for the baby while keeping his bandmates from getting sick of singing about his kids.

Suddenly the lyrics, geared towards family and “every boy and every girl,” that seemed out of place in a “shutting down a bar” song make much more sense. Note: The “room that won’t be open” in the lyrics? That’s the uterus.

Lyrics that back up the story:
Closing time
Time for you to go out to the places you will be from
Closing time
This room won’t be open till your brothers or your sisters come

This one makes the list due to its rumored history. Famously, you’ll hear that “Angie” is about Angela Bowie, the musician/model ex-wife of David Bowie. But:

“I’ve said about a hundred million times that it wasn’t [about Angela Bowie] … I don’t think I had even met Angela Bowie when I wrote the rest of the lyrics.” This was according to Mick Jagger in 2002.

Next you’ll hear that it’s about Angela, Keith Richards’ daughter. But according to Richards:

Yes, Richards wrote the song while in a drug clinic, literally at the same time that his daughter was being born. But it wasn’t about her. In fact, the song is less about welcoming a beloved new child and more about letting go of an old love that just doesn’t work. Listen to the song and imagine a father welcoming his child this way.

Lyrics that back up the story:
Angie, don’t you weep, all your kisses still taste sweet
I hate that sadness in your eyes
But Angie, Angie
Ain’t it time we said goodbye?

Putting the “heavy” in heavy metal and pairing existential lyrics with bitchin’ guitar is what Metallica does best. With songs like “No Leaf Clover” (“Then it comes to be that the soothing light at the end of your tunnel was just a freight train coming your way”), we’ve become accustomed to the dark and brooding subject material that they like to cover.

But “One” takes the fatalistic cake.

The book follows a soldier named Joe after he’s blown up by an artillery shell in World War I. The unfortunate soldier narrating the song “One” was injured by a land mine, but that’s the only discrepancy.

In case there was any question about the connection between the book and the song, the “One” music video actually features dialogue and footage from the 1971 film adaptation of Johnny Got His Gun.

Lyrics that back up the story:
Now that the war is through with me
I’m waking up, I cannot see
That there is not much left of me
Nothing is real but pain now

“Beth” is arguably KISS’s most successful song. It’s an apology to a lonely significant other, waiting for her wayward musician to stop jamming and come on home. You can picture her pining and him regretfully explaining that his true love is music. Painful, right?

Well… it’s actually not a tragic love story. It’s a song about nagging. It was written by members of the band Chelsea, Stan Penridge and Peter Criss. You might know Criss as KISS’s “Catman.” It was originally written and recorded as “Beck”, short for Becky, as in Becky Brand. Becky was the wife of Chelsea’s guitarist, Mike Brand. And Becky was famous for calling during band sessions to ask when her husband would make it home.

When Criss joined KISS in 1972, he brought the song with him. When it was recorded and released several years later, “Beck” was changed to “Beth” because it was more easily recognized as a woman’s name, and the single helped boost KISS into the limelight.

So what sounds like a heartfelt apology to a long-suffering wife is actually a memo from long-suffering bandmates to a chronic jam-killer. “Please, Becky, please stop calling while we’re at band practice.”

Lyrics that back up the story:
Beth, I hear you callin’
But I can’t come home right now
Me and the boys are playin’
And we just can’t find the sound

Pearl Jam has topped the charts with rock classics for over 25 years. However, their highest-charting single ever, “Last Kiss”, had a distinctive late-’50s sound that set it apart from the band’s ’90s grunge fare. It came by that retro sound honestly: It was first penned and recorded in 1961.

The song was originally borne out of the 1960 death of Carol Ann Tarver, a 16-year-old girl from Grand Prairie, Texas. Similar to what’s described in the lyrics, the girl’s car stalled on the train tracks, and she was killed in the ensuing collision. Her death inspired her father, James Lafayette Tarver, to write about the tragedy.

It’s interesting that a bereaved father would choose to write a catchy ditty from the point of view of a love interest, but the results are still unarguably touching. Romantic overtones aside, a man singing about his baby being taken from him is pretty freaking sad.

So how did Pearl Jam end up covering it? Eddie Vedder found the LP in a record shop and suggested the band try it during sound check. The single went on to be released with all proceeds going to benefit refugees of the Kosovo War.

Lyrics that back up the story:
Oh where, oh where, can my baby be?
The Lord took her away from me.
She’s gone to heaven so I’ve got to be good,
So I can see my baby when I leave this world.

A children’s writer gave Johnny Cash a hit and a barfly ballad is actually an affectionate father crooning to his unborn kid. Rock is full of surprising partnerships and obscure inspirations. Come back and see us for Volume III to hear more!