This week is heavy on newcomers, but the No. 1 spot goes to a veteran indie rock group — one which spent its fair share slugging it out in the industry’s little leagues. Theirs was an inspiring story of turmoil, disillusionment, and eventual triumph. It’s not far-fetched to think that many of the rookies featured in this week’s countdown are at the beginning of a similar musical journey, trudging along and fighting to be heard. 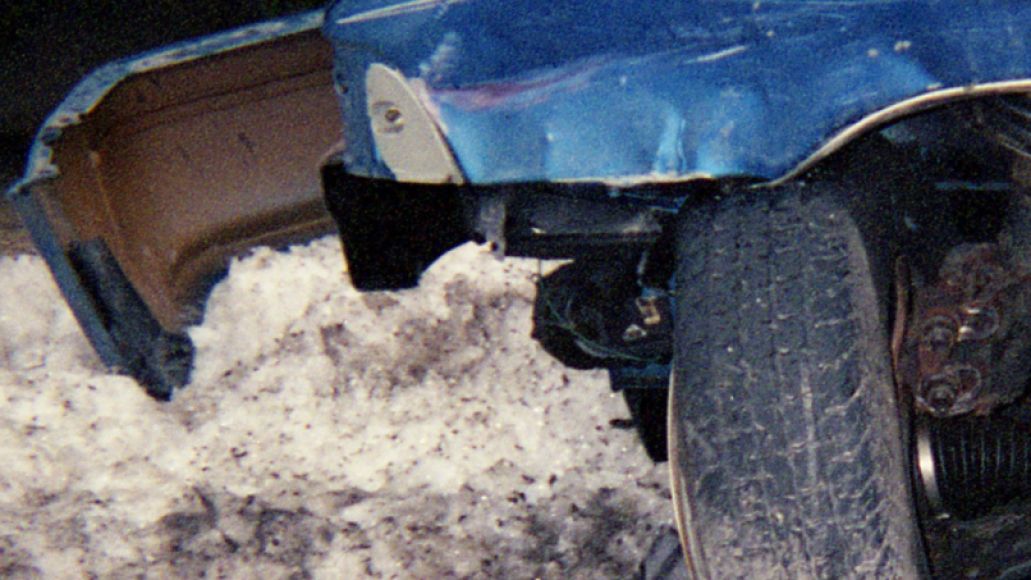 Brooklyn-based songwriter Jon Autry records in his bedroom-turned-studio, where he plays the conductor and orchestra, creating sweeping musical statements all by himself. His forthcoming LP, Beautifully Broken (out June 24th via Usonian), sees him diving into an atmospheric pop sound that’s equally brooding and catchy. The churning guitars and layered vocal harmonies of lead single “I Know” recall ’90s guitar pop bands like The Posies and Nada Surf, with hazy production, forlorn lyrics, and a sense of bittersweet yearning. –Jon Hadusek 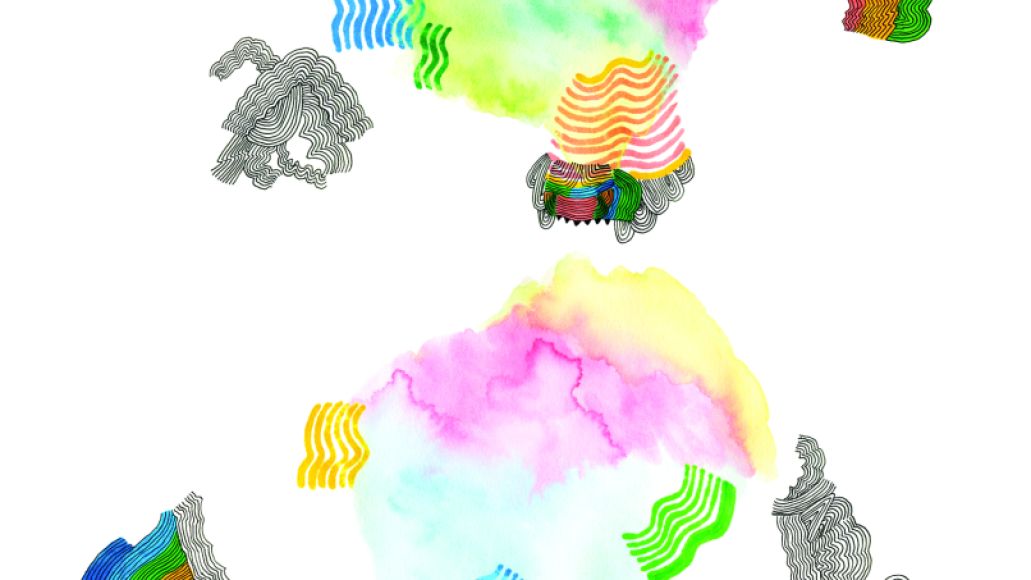 In the catalog of Los Angeles singer-songwriter Matt Kivel (of Princeton), “Open Road” qualifies as a banger. You can imagine it as the clear winner of a songwriting contest where every entry must be named “Open Road” and sound somehow descendant of Springsteen. It’s steady and guitar-driven, but the snare crack that bubbles up midway through its two-and-a-half-minute runtime affords it a jump. Backing vocals and guitar courtesy of Woods’ Jeremy Earl (who also co-produced with bandmate Jarvis Taveniere) keep things rolling smoothly. Dig for your keys and plan on calling in sick all next week. Kivel’s second album, Days of Being Wild, is due out July 8th via Woodsist. –Michael Madden 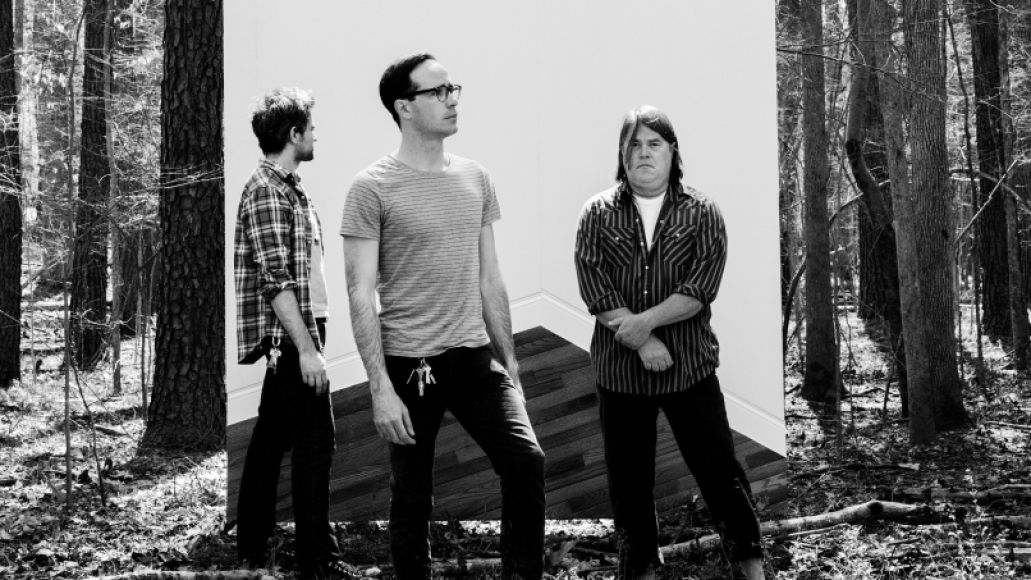 Chapel Hill’s Spider Bags evoke the old gods of jangle pop on new single “Japanese Vacation”, which sounds like the dB’s covering Link Wray. Overall, it’s quite a bit different from the band’s punkish previous single, “Back With You Again in the World”. Here the vibes are summery and light-hearted in contrast to singer Dan McGee’s weirdo fatalism: “Spider crawls across the wall/ Doesn’t mean a thing at all/ Every step soft and cool/ Like how the raindrops feel when they hit the pool.” The band’s new album, Frozen Letter, drops August 5th via Merge. –Jon Hadusek 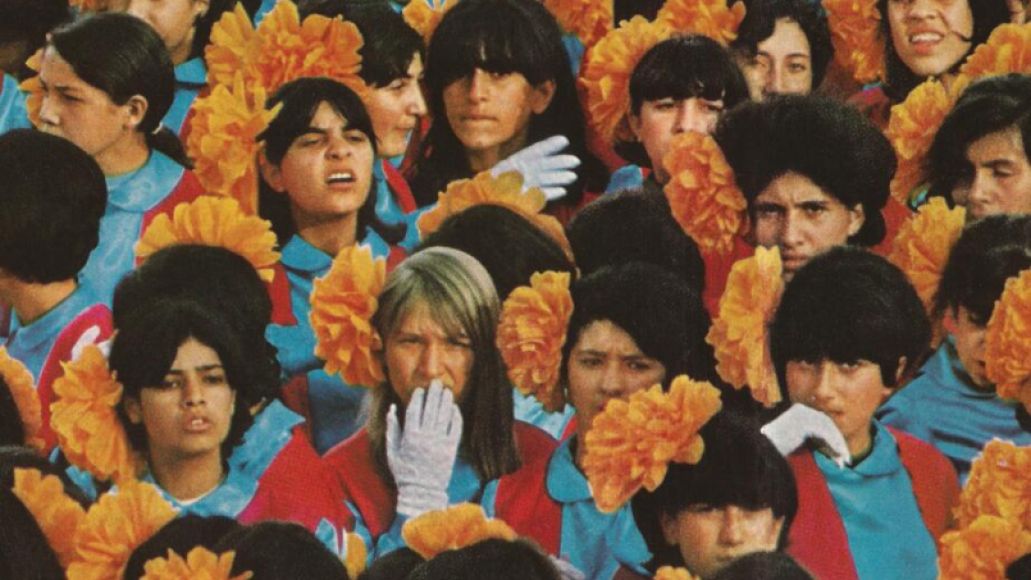 The latest from Alvvays, “Next of Kin” carries the same summer-loving energy as the phenomenal “Adult Diversion”, while longing to make leaving the perfect season a little easier. The exciting guitar lick beats with the same pace as frontwoman Molly Rankin’s heartbeat as she looks back at a regretful entanglement: “If I knew he couldn’t swim, I wouldn’t never have gone in.” Alvvays’ debut is due July 22nd via PolyVinyl. Take a listen to “Next of Kin” at NPR. –Sam Willett 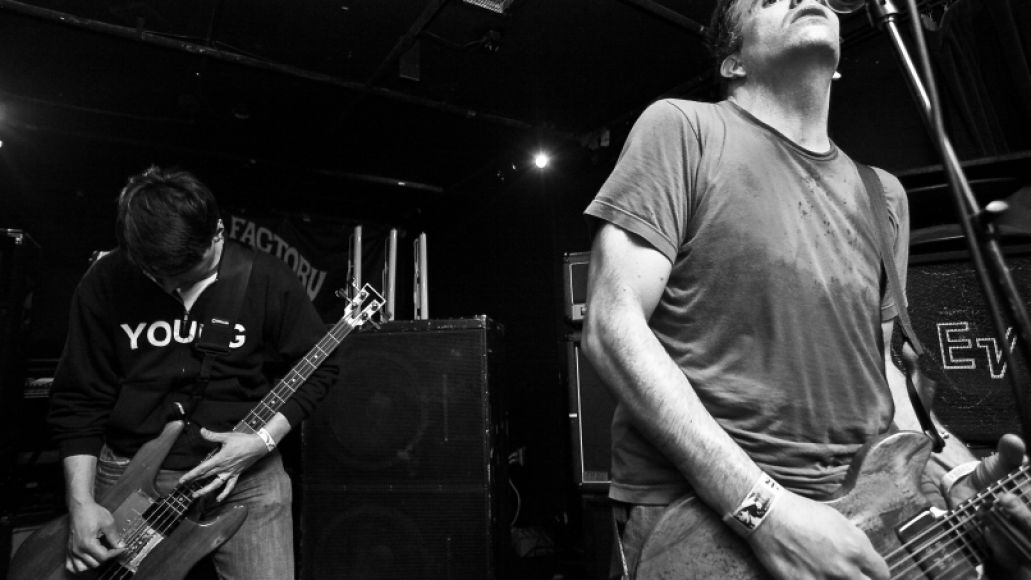 “Song 30” is total Big Black-worship, but The Austerity Program channel their heroes better than most. The guitar tones here are insane; the opening bass line of slaps and pops ensnares with is trebly nuances, as the guitars act more as a noisy backdrop than a distinct element of the song. The vocalist sing-talks over the swells of feedback, picking up speed and bursting into hysterical shouts during the track’s climatic buildup. It all sounds pretty badass on Soundcloud, but if you’re a true hardcore audiophile, then you can hit up the band for a made-to-order 1/4″ reel-to-reel tape of their forthcoming album, Beyond Calculation (out June 17th via Controlled Burn). –Jon Hadusek 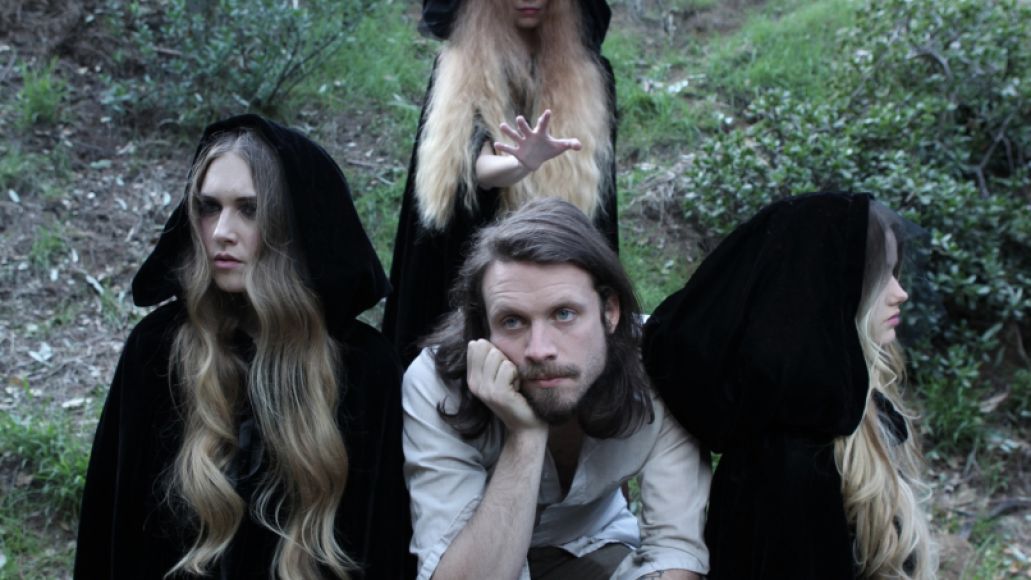 Cat Stevens’ folk classic “Trouble” originally appeared in Hal Ashby’s endearingly morbid 1971 movie Harold and Maude, and to coincide with the documentary Once I Was: The Hal Ashby Story, former Fleet Foxes drummer Josh Tillman has recorded a faithful cover. Especially if you know him from Fleet Foxes, Tillman (aka Father John Misty) is synonymous with expertly controlled vocals, so there was never any doubt he’d take good care of a song this delicate. If only because Tillman isn’t a legendary name like Stevens, this version has a superior intimacy. Tillman is preparing I Love You, Honeybear, his follow-up to 2012’s Fear Fun. –Michael Madden 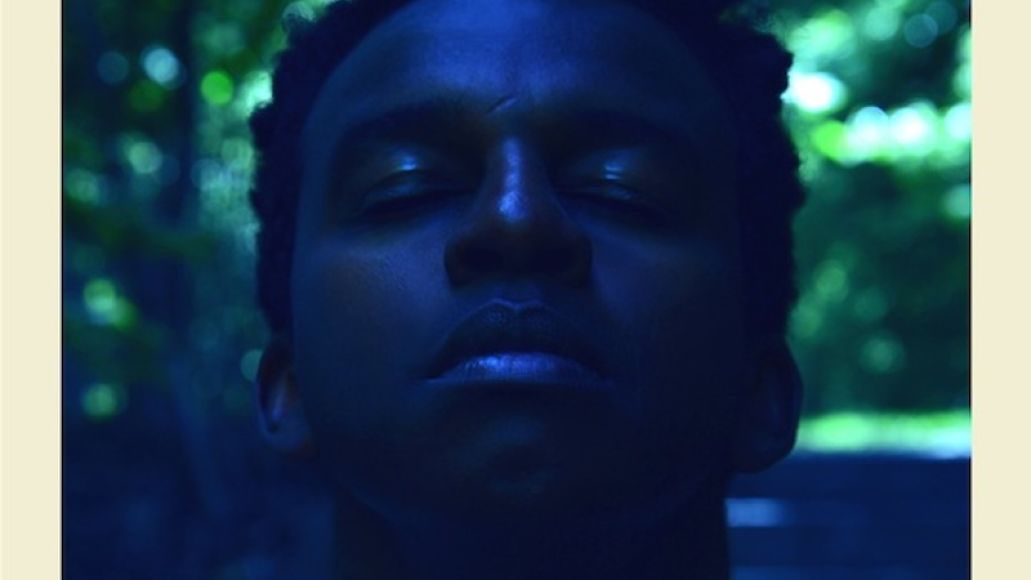 The lightly perspiring future-funk of Sinkane’s “Hold Tight” is just about unprecedented for the Sudanese, Ohio-raised vocalist born Ahmed Gallab (although songs like 2012’s “Warm Spell” didn’t exactly rule it out). There are two distinct bass tones here, but it’s not like there’s some conflict between them, or between anything else here for that matter. Everything gels slickly, evoking the pop expertise of the best Twin Shadow singles. Sinkane’s Mean Love is out September 2nd on DFA. –Michael Madden 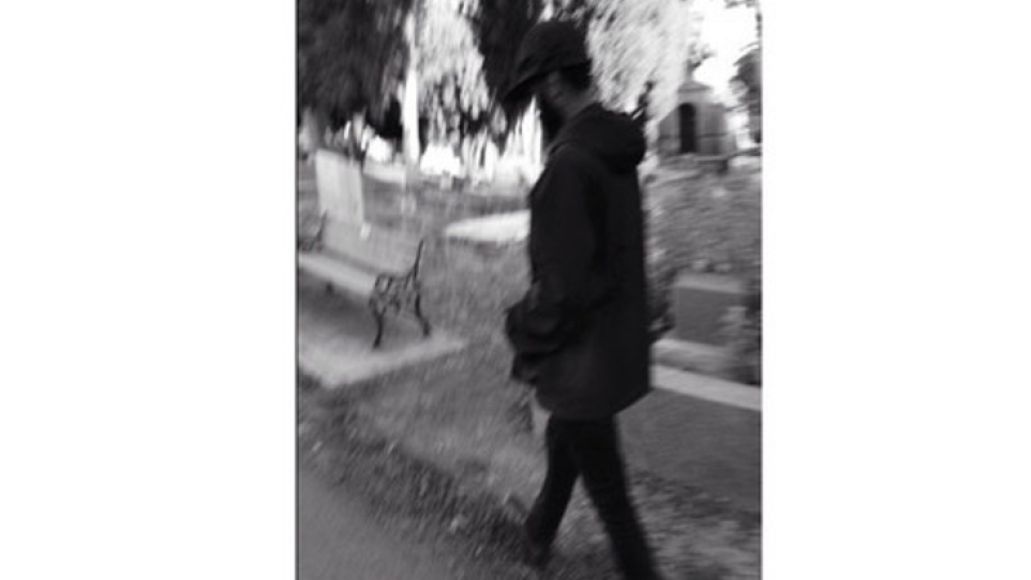 Death Grips’ latest surprise, niggas on the moon, unleashes some nauseous undertones onto their already intense force. “Black Quarterback” allows MC Ride to flex and showcase his diverse talents. The track’s production moves in dozens of different directions and forces Ride to juke in and out to prove his fantastical intelligence and confidence, especially when he brings in visual accompaniment, like Eddy Asner dreaming in a fucked-up space warp, and proves the duo’s stances of comfort vs. freedom. Bjork’s contributing vocals match that audacity and add a completely new depth to the track, her beautiful tenor twisting in a whirlwind of droning echoes. niggas on the moon (which can be downloaded here) is the first half of a dual album called the powers that b. Second half jenny death drops later this year.–Sam Willett 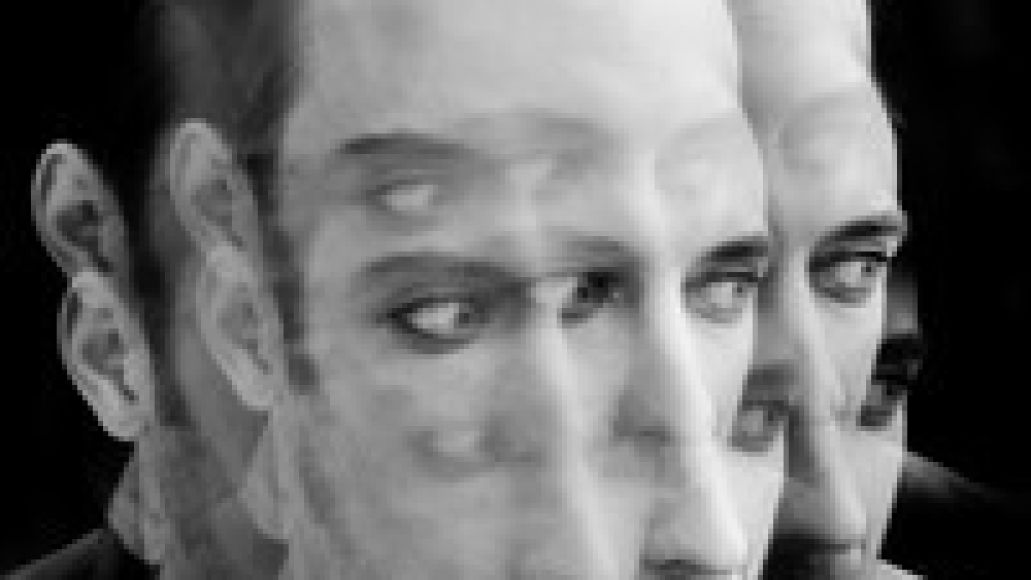 It’s not complicated: “True”, the debut single from the Dan Boeckner-led synthpop project Operators, stuns because it’s both loaded with hooks and structurally mesmerizing. The song spans 295 seconds and not one of them is squandered; if you think otherwise-catchy LCD Soundsystem songs like “I Can Change” are too long, this is the dancefloor-crowder for you. Boeckner has reported that the debut Operators record is “in the bag” — meaning entirely recorded already — but won’t come out until late summer/early fall. –Michael Madden 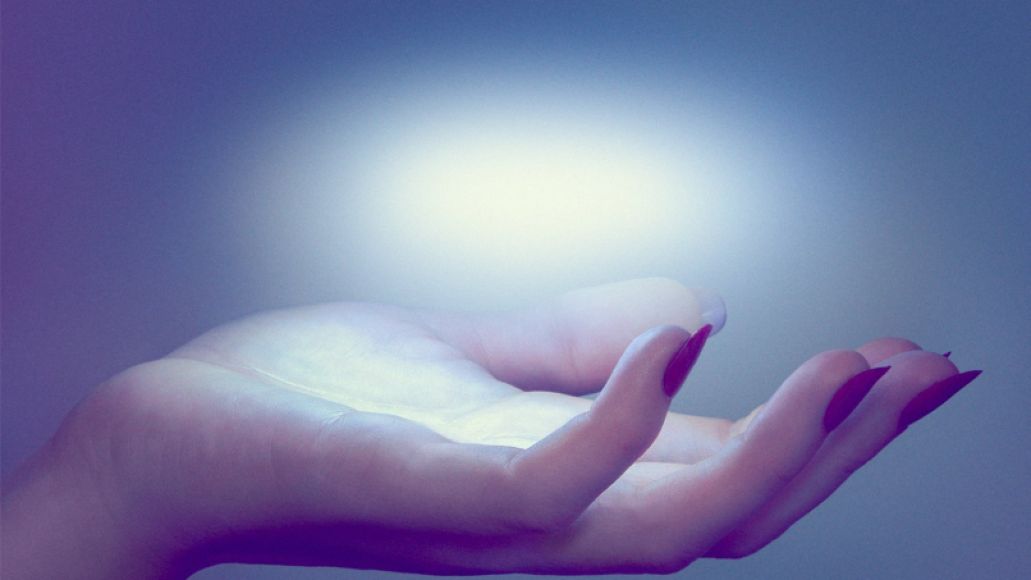 The exhilarating comeback for Spoon, “Rent I Pay”, revs their instrumental intensity to the heights of past successes like A Series of Sneaks and Girls Can Tell. Here, that aggression is certainly warranted, insinuating that “the rent [they] pay” requires much more sacrifice than what is taken out of their bank accounts. The investment involves striving for peace, aging into a greater man, and other struggles that encapsulate one’s soul. They’re sick of waiting for miracles (“Amongst the stars and stones/ Every kinda fortune gets old”), so their persistent drive for this inner satisfaction is relentless. Cue into how else Spoon has changed when They Want My Soul drops on August 5th via Loma Vista, the band’s new record label. –-Sam Willett