This week is filled with artists we haven’t heard much from lately. Sure, Ab-Soul is on his pre-These Days promo grind and releasing new material regularly, but Jessie Ware? This is her first single of the year. Earth? Largely off the radar since 2012. Busdriver? Same thing. Some of these songs sound like they took months to perfect, and in an era when anyone can release a track on SoundCloud in just a couple clicks, that quality control is refreshing. 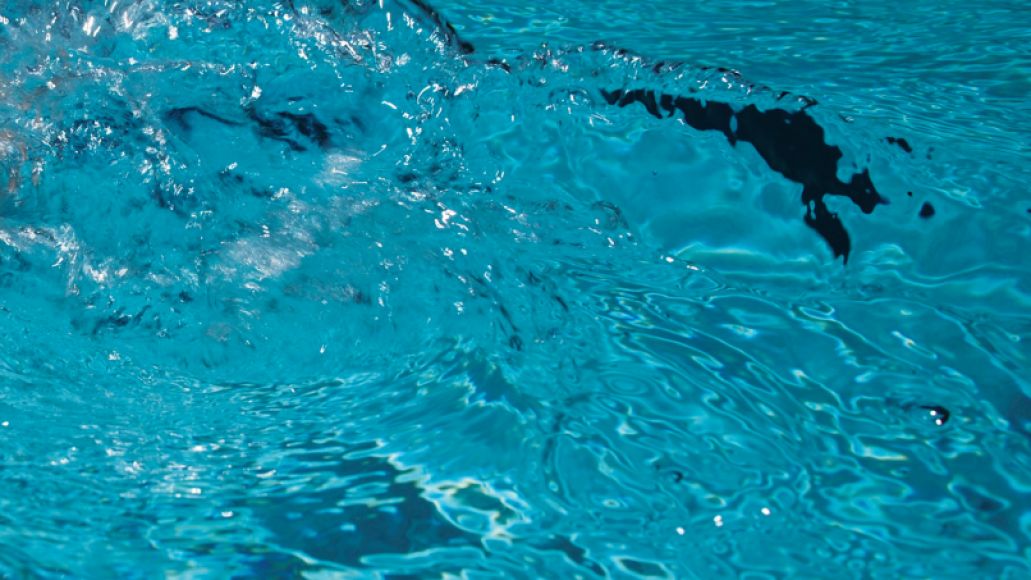 Every element of the latest track from New York electronic trio Lemonade screams summertime fling — or it would if it weren’t so damn chilly. There are mentions of the sea, those mesmerizing bubbles of percussive synth, but there’s something dark going on too. The lyrics are about looking out, and seeing “them” as indistinguishable, like “grains of sand at the beach.” There’s something that “lifts me up and then it pulls me under,” too. Regardless of the shadows, that stumbling synth line will be lodged in my head for the next few days. “Stepping” and the rest of Minus Tide, the group’s follow-up to 2012’s Driver, will hit stores on September 9th via their new label, Cascine. –Adam Kivel 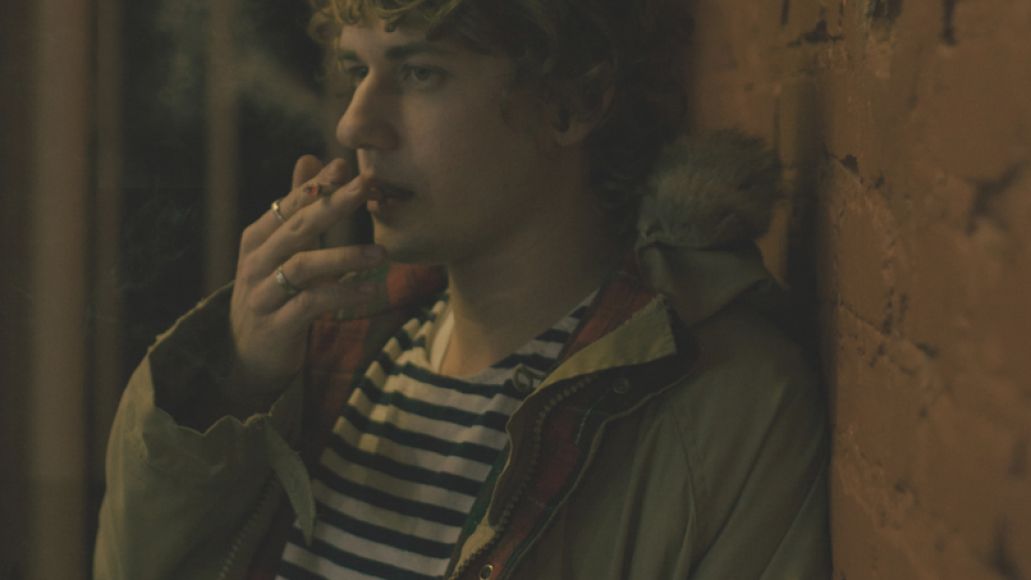 Though you might not recognize the name Kevin Morby, there’s a good chance you’ve heard his work, either as co-front of The Babies or as bassist with Woods. He also released a solo LP near 2013’s end, and “My Name” (from his upcoming 7-inch single) follows that record up beautifully. The Nico-esque acoustic haunter sounds designed for a long-panning Wes Anderson shot, Morby plucking out a circular acoustic figure, begging for the object of his pleading to “hold me close to my name.” There are whispers of echo on the vocals, sepia-faded backing falsetto, aching near-misses on the frets, the sort of tiny details that bring the raw emotions further to the fore. That 7-inch will hit stores July 29th via Woodsist. –Adam Kivel 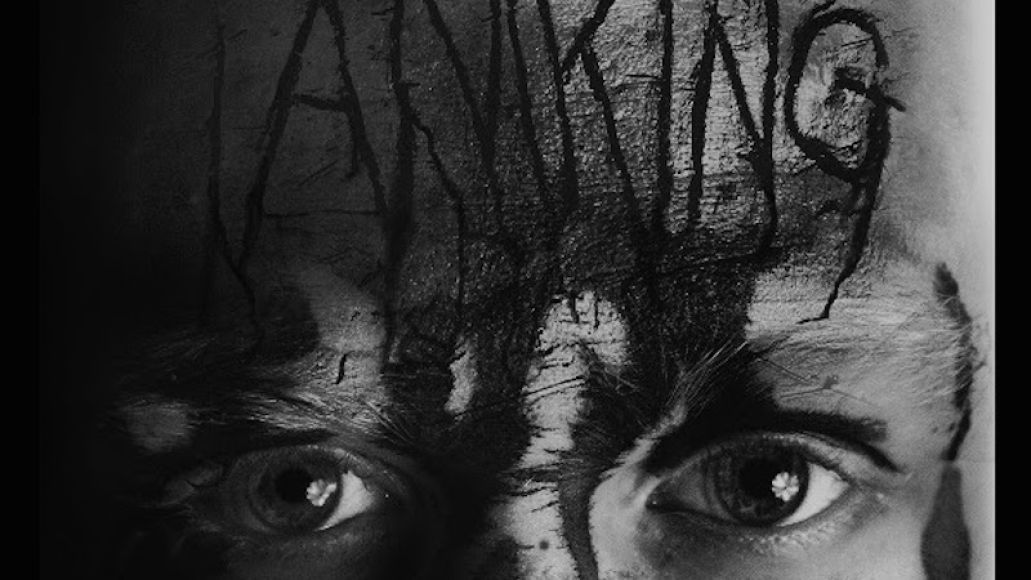 Code Orange wisely dropped the “Kids” from their name, though that’s really all that’s changed with the Pittsburgh quartet. “I Am King”, the title track from their new LP (out September 22nd via Deathwish), is a dose of cold nihilism filtered through groove metal riffs and screams of terror. It’s a song for projecting one’s own aggressions, because there’s nothing pleasant about it. Words are delivered in utter deadpan; the breakdowns dislodge the rest of the song with irreverence for structure. Check out the NSFW video below. –Jon Hadusek 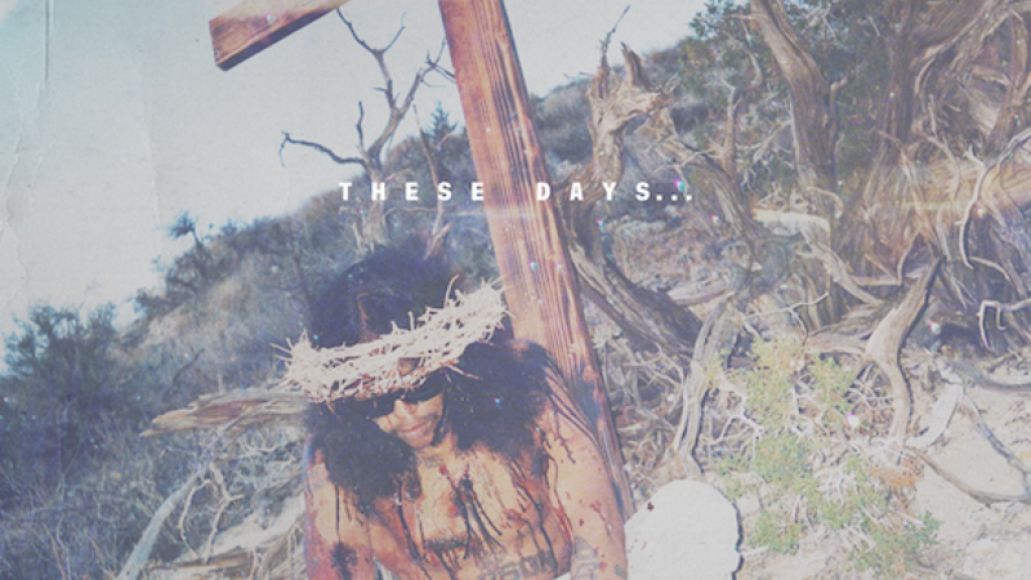 Ab-Soul’s Control System was a solid step towards his ambition to be the best rapper alive. It wasn’t exactly a modest claim, but his grasp on that title has loosened fast, as the haphazard snippets from These Days have leaked. The title track, the best of those snippets, though, does some work to regain that grip, finding him unconcerned with the consequent tensions between the critics, his label, his place in the rap ecosystem, and what have you. He’s got some shit he has to say, too. And so, Soulo brings along a gospel choir and a sober guitar to put on his best bluesman act, creating a character sketch that’s both inviting and relatable. “I should be happy, but this shit is stressin’/ Staring at heaven like the fuck is perfection?” he muses at one point. Ab-Soul’s “Can I get a motherfuckin’ witness?” deserves an amen by the track’s end. –Brian Josephs 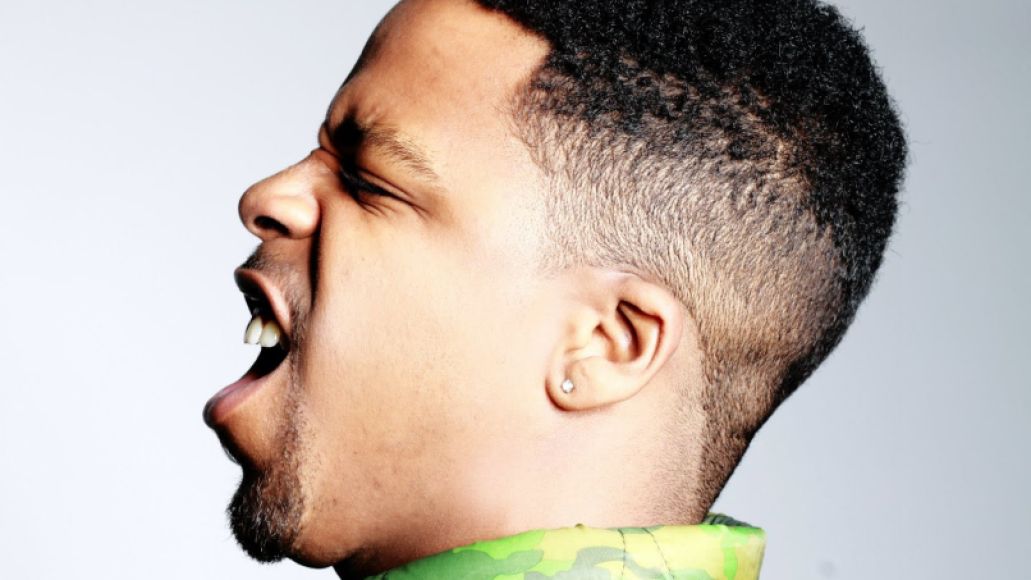 In May, the endlessly charismatic Maryland/L.A. rapper Azizi Gibson finished up the “Eyes of the World Tour” alongside The Underachievers, Dillon Cooper, and Denzel Curry. Now comes the fully baked “Smoking with the Gods”, a hazy reminder of the world-conquering ideals Gibson shares with other left-of-center MCs in his age bracket. Here, Gibson takes a trip down mythology lane, fantasizing about sharing a special herb with a number of its possible creators. Gibson’s eyes might be low, but don’t think he ain’t focused: “Smoking with the Gods” is more than just a fleeting weed song. –Michael Madden

UK lads Basement have gradually morphed their sound — veering away from early emo revival efforts toward more structured guitar pop — but that hasn’t tempered their legion of fans. Most of their upcoming tour dates are already sold out, and to reward that dedication, Basement is dropping a surprise new EP, Further Sky (shipping late July and ready for pre-order via Run For Cover). Opener “Summer’s Colour” basks in the charm of ’90s alt rock radio; smeary guitar tones pace frontman Andrew Fisher’s layered melodies. It’s all clean and shiny in the best way, the production amplifying the band’s talents without adding any artificial frills. Stream it here. –Jon Hadusek 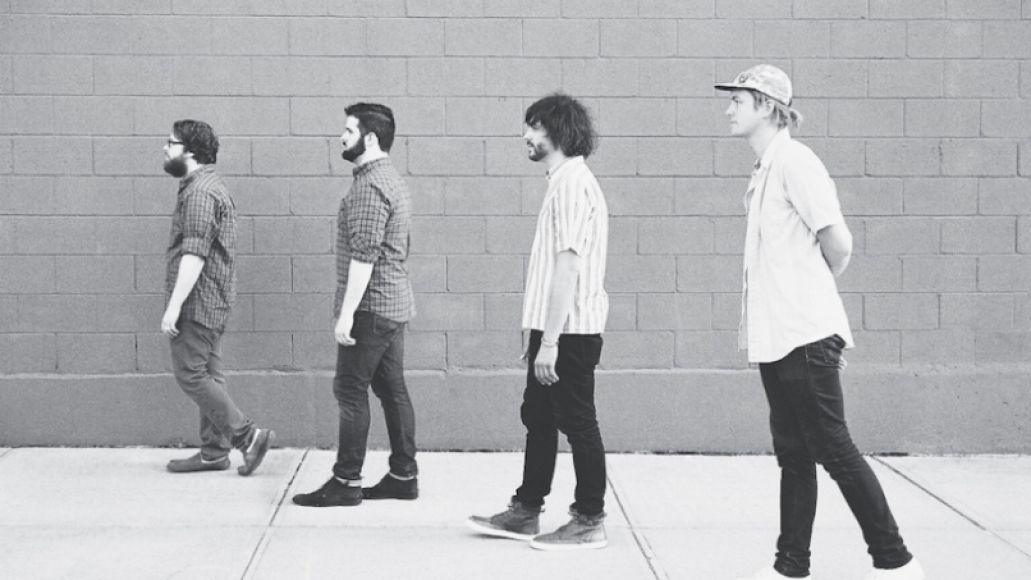 Davey Jones is having a pretty good week. The guitarist for Baked had to be pretty happy with the tune that band just released. But, as if that weren’t enough, he released an absolute gem with his other project, the strangely punctuated Lost Boy ?. “Hollywood” rides on a Superchunk, Guided By Voices, ’90s vibe, though without feeling the least bit stale. Those chunky guitar stutters would probably get J Mascis to bob his silver-haired head, and the nasal iterations of “everything is okay” towards the song’s close might even convince Doug Martsch. This high-energy jam bodes well for the band’s upcoming full-length, Canned, due August 5th. You can preorder that on cassette from Double Double Whammy for only five bucks. And yes, I would totally roll through Chicago with this blaring from the speakers in a champagne-colored Ford Windstar, the last vehicle I had with a tape deck. Any day. –Adam Kivel 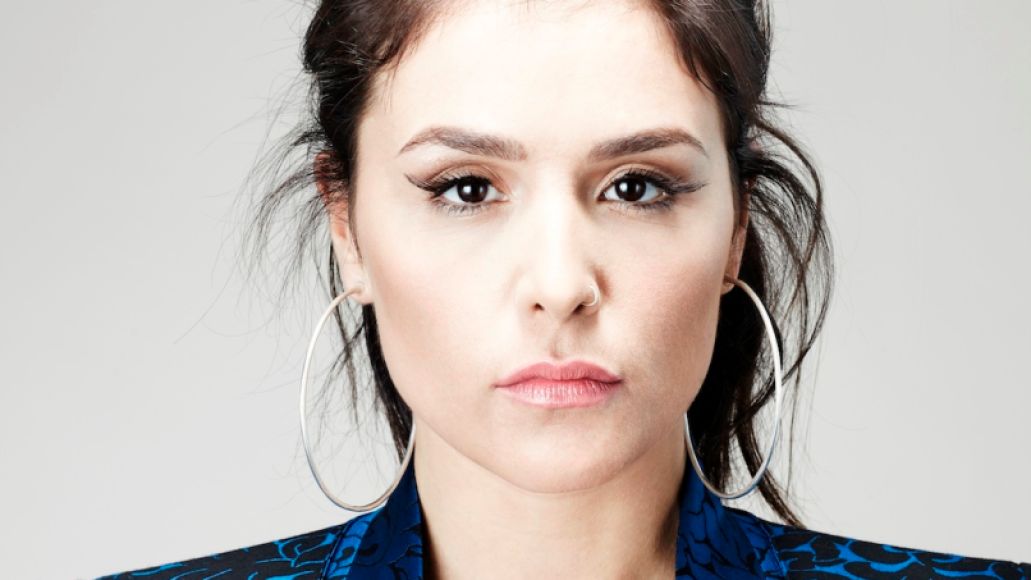 London pop songstress Jessie Ware has been adept at matching her forward-thinking musical ideas with equally rich emotional dispatches, and “Tough Love”, her first single of 2014, continues the trend. “So you wanna be a man about it, do you?” Ware sings gently but pointedly. “And have you figured out all you wanted, have you?” Neither she nor the music gets particularly intense, but the song’s biggest success might actually be its lack of risk-taking. There’s no need to complicate or exaggerate when the plain truth is this poignant. –Michael Madden 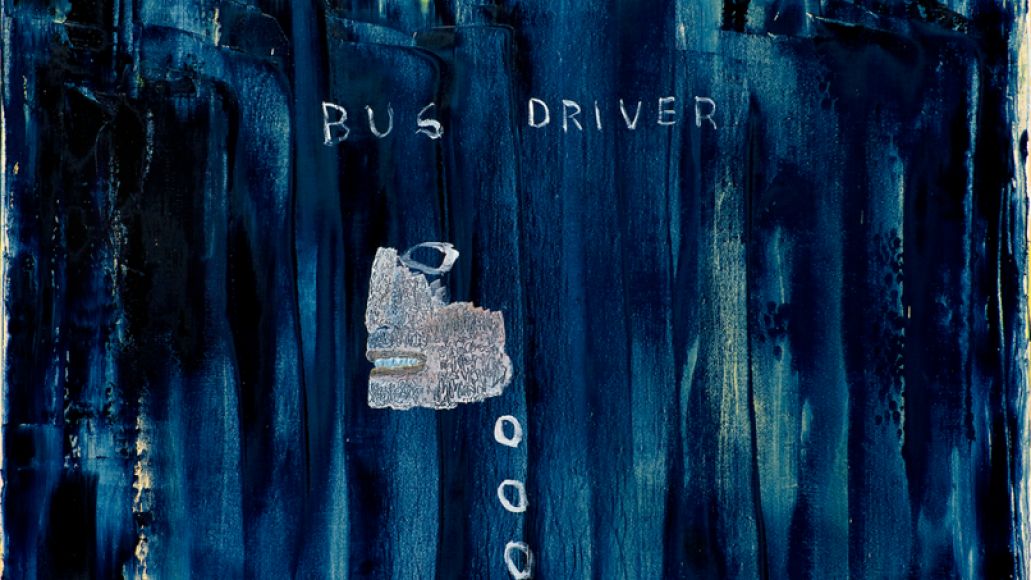 “A monster of an indie rap track” is not a phrase you can use every day. In fact, you can consider “Ego Death” — a six-minute team-up from the unholy trinity of Busdriver, Aesop Rock, and Danny Brown — to be a real shock. Jeremiah Jae’s beat is a convulsing, industrial mass with a ton of character, but the real treat is hearing these different rap styles run rampant: There’s Busdriver’s reckless fireballing, Aesop’s jittery poetics, and DB’s IDGAF bragging. Despite all the idiosyncracies at work here, the song is more extroverted than anything. –Michael Madden 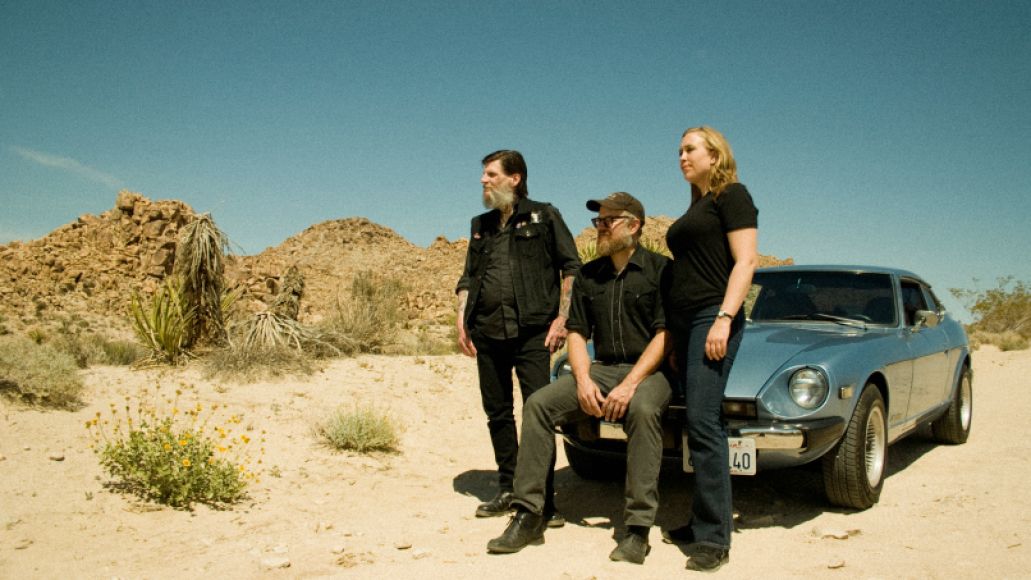 Guitarist Dylan Carlson mastered the art of amplifier-as-instrument on the earliest Earth releases long ago, but he never ceases to find new ways to apply his talents to fresh songwriting approaches. A tease of the band’s forthcoming album, Primitive & Deadly (out in September via Southern Lord), “From the Zodiacal Light” is a swirling slab of psych, lurching forward at a meditative pace, every chord swelling into a crescendo that withers and decays before Carlson hits the strings and triggers the cycle of feedback all over again. Assisting vocally is Rabia Shaheen Qazi of fellow Seattle band Rose Windows, and her hazy drawl flows into the guitar movements instead of presiding above them in the mix. Earth don’t always employ vocals, but this track makes you wonder why. It could be the most immediately fetching composition they’ve ever crafted, and you can stream it here. –Jon Hadusek