Welcome to Producer’s Chair, a new mini-column in which Editor-in-Chief Michael Roffman offers his own career advice to artists and various figureheads in the film and music industry. Try reading this in the voice of American character actor and legend Frank Sivero while slowly sipping your coffee or tea, preferably in a clean suit. No? Okay, just read it at your leisure.

Odds are Frank Ocean has finished his highly-anticipated follow-up to 2012’s Album of the Year, channel ORANGE. It could come out any day now, and given that July — the exact month he surreptitiously released ORANGE — is a barren wasteland of major releases this year, save for the closer-to-August releases by Tom Petty and Jenny Lewis, he’d do well for himself.

It’s not that much of a stretch. In April, Ocean told his Tumblr followers in a since-deleted post that he might skip attending Coachella “to stay in the groove and finish this bitch.” That was almost three months ago, and while he didn’t debut any new material at Bonnaroo last weekend, it’s likely he’s holding something back for a big reveal just around the bend. Don’t forget he also previewed new songs last year on his California Live Tour.

Considering he hasn’t announced a formal date or released a proper single, everything’s up in the air about the actual album itself, despite a bevy of speculation. Last year, he told MTV News that it was another concept album (awesome), he was working with Pharrell Williams (double awesome), and that it spanned 11 tracks (triple awesome). He’s also name-dropped everyone from Tame Impala to Danger Mouse to fellow Odd Future pal Tyler, the Creator.

So, what does it all mean? No idea, but it’s enough information to make a few inferences, even if they may be totally off-the-map and absolutely wrong.

What He Should Do

Ocean is arguably the closest thing to Marvin Gaye this generation has at the moment. By that, I mean an artist and a performer with enough intrigue and unique pipes to capture and connect with the world. That’s one hell of a lofty statement, sure, but I can’t think of a personality as honest as Ocean’s, whose feelings of sexuality and love speak louder and clearer than any other artist, movement, think piece, or Twitter rant.

What’s more, channel ORANGE remains the only R&B record — sorry, Miguel — that captures the spirit of Gaye’s conceptual masterpieces, namely 1971’s What’s Going On? and 1973’s Let’s Get It On, and the intimacy of the late legend’s oft-forgotten work, 1978’s Here, My Dear. I don’t think this is an accident, though. Prior to ORANGE‘s release, Ocean discussed his influences, specifically in R&B, saying:

I wanted it to be an expansion, sonically I wanted to be the next, whatever the next tier for me is, be that. Just open up, challenging song structures, challenging a lot of the things I made on the last project. When I say the whole ‘I’m not an R&B artist’ thing, people often think I’m taking a shot at the genre of R&B, which to me I’ll say, ‘Marvin Gaye, Sam Cooke, Aretha Franklin, D’Angelo who is awesome, I mean what is Prince? What are all of them?’

Legends, Mr. Ocean. Something he’s not exactly far from being himself; that is, if the follow-up can continue to push his story without sacrificing the mystery and emotionality. To that, I would recommend he keeps listening to Gaye, specifically his 1973 album, Let’s Get It On. Some might argue for Gaye’s thirteenth studio album, 1976’s I Want You, which marked a major departure from the singer’s roots, but Ocean isn’t there yet. 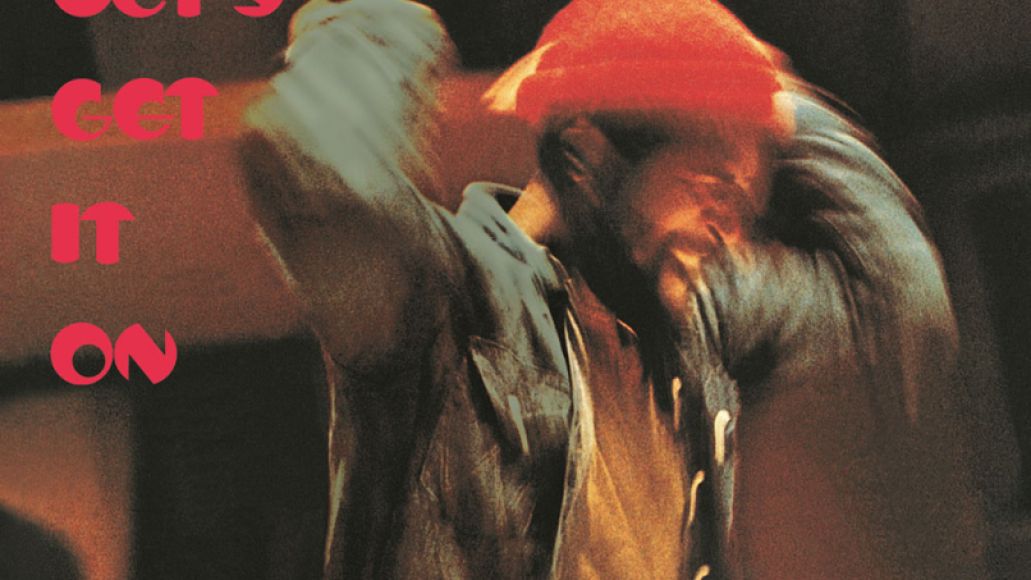 What he should gleam from Let’s Get It On is how Gaye not only maintained his widespread appeal but yanked it even wider. How did he do it? Well, timeless, unforgettable title track aside, Gaye also employed the genius of co-conspirator Ed Townshend, who assisted in crafting a production style that would go on to change R&B forever, thanks to a little funk and multiple vocal tracks. The album’s two other singles, “Come Get to This” and “You Sure Love to Ball”, are also fucking brilliant in their own right.

As tall of an order as this may be, Ocean really could use a song as powerful and lasting as “Let’s Get It On”, one that’s resistant to the clock and able to provide a tangible commentary for generations to come. Granted, these things don’t just pop out of thin air — hell, “What’s Going On” basically happened by accident — but when the proper heads get together, the stars do align. And If he really has been re-teaming with Pharrell Williams, who co-wrote one of ORANGE‘s best songs, “Sweet Life”, then he’s one step closer. Say what you will, but “Get Lucky” will be on our dance floors for the next two decades. Easily.

But last year’s de facto collaborator can’t do it all. Instead, Ocean needs to keep his ear on society’s pulse and find the heartbeat, to use a cheeky metaphor straight out of Hallmark. Both of Gaye’s iconic title tracks captured moments of time, and without being too on the nose. Rather than offering help on “What’s Going On”, he asks a rhetorical question, and really, he never specifies what “on” means in “Let’s Get It On”. Minimal vagaries like that are something Ocean’s excelled at previously.

So, if this means he re-teams with “Thinkin Bout You” collaborator Shea Taylor, or expands his brain trust to include relics like the great Quincy Jones or even someone left field like Disney juggernaut Tim Rice … I don’t know. But he should think about the position he’s in and what he could do with it and maybe get all LeBron about it and power forward. Because while we’ll always love another channel ORANGE, we’ll never forget a proper successor to Let’s Get It On.

What He Could Do 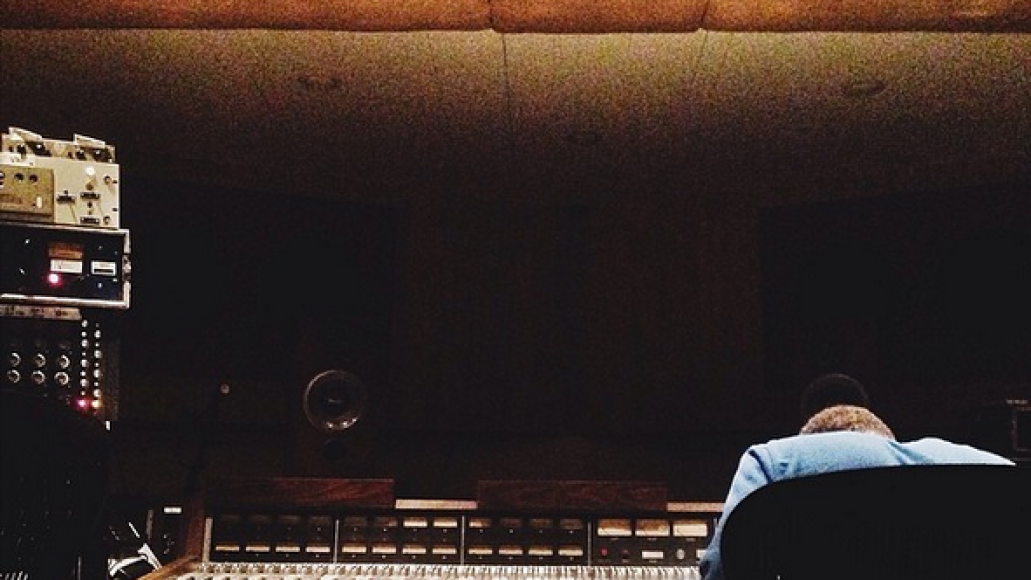 No lie: He could just as easily scrap all the work he’s done, pull an Axl Rose, and relinquish himself from the spotlight. (He’s teased it before.) What would that do? For starters, it would solidify channel ORANGE as his tortured diamond, and it wouldn’t necessarily push or pull him in any direction. Though, it might eventually turn him into something of an urban legend, with future listeners wondering, Did this actually happen? Go ask D’Angelo how that’s working out for him.

What We Think He’ll Do 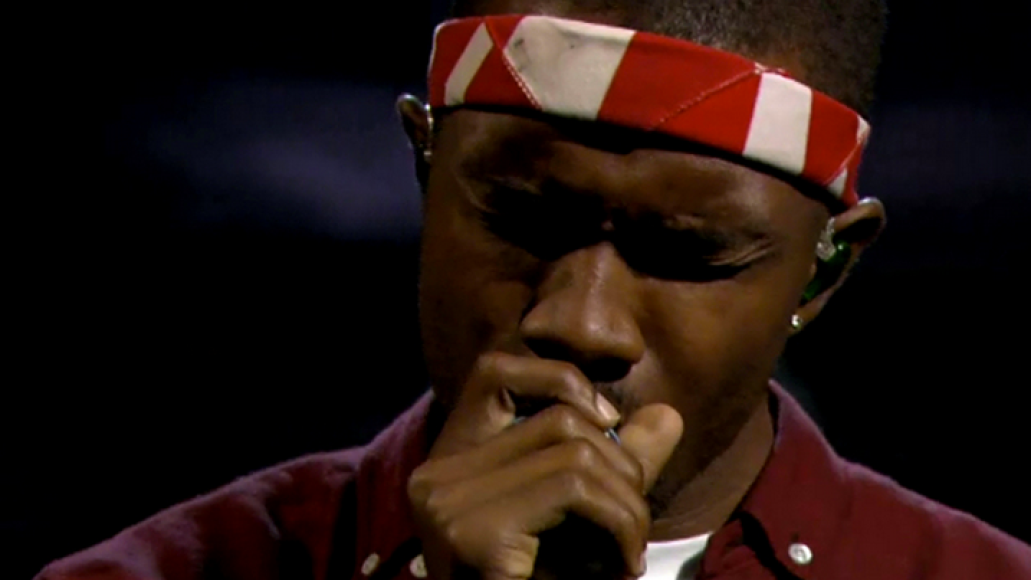 If I’m a betting man, I’d say he’ll release the album next month, or relatively soon, and it’ll be filled with the same style of R&B that sold us on channel ORANGE — an agreeable follow-up, if you will. Methinks it’ll have a few more sleek, radio-friendly tracks, similar to “Novacane” off his debut mixtape, Nostalgia, Ultra, and maybe, just maybe, another masterpiece in production à la “Pyramids”. He’s previously discussed how he’s recorded the album in various locales, including Bora Bora, which leads me to believe it’ll have a little more flavor than anything he’s done yet, at least production-wise. Personally, I’m praying all that traveling doesn’t equate to a guest list the size of Supernatural, but considering there’s been little indication of that, I don’t know why I’d go as far as to reference Santana. Apologies.

Though, let’s think about his recent collaborations. Last year he appeared on John Mayer’s Paradise Valley, and back in March, he released a collaborative track with Diplo and The Clash’s Paul Simonon and Mick Jones as part of Converse’s Three artist series. What’s more, this past week, Beach Boy mastermind Brian Wilson said one of the songs off his forthcoming follow-up to 2008’s That Lucky Old Sun could include Ocean. Couple all of that with Ocean’s previous interest in collaborating with Tame Impala and you could have a little bit of rock ‘n’ roll on the album, too. Maybe there’s a “Hey Ya!” in there?

Again, all of this is speculation, but what isn’t with Mr. Ocean? Until he proves us all wrong, I’ll keep dreamin’. How about you?