For the past 17 years, Capitol Hill, arguably Seattle’s most diverse and vibrant neighborhood, closes off a six city-block radius of its epicenter to host a barrage of music fans and party-goers alike for a three-day festival of jams and debauchery. This year, Capitol Hill Block Party (CHBP) once again mixed together a litany of established talent (Chromeo, Spoon) with up-and-coming locals (Iska Dhaaf, ODESZA) to give an estimated 30,000 attendees a chance to tailor their festival experience.

Festivalgoers could enjoy the mellow croons of Philadelphia’s The War On Drugs mere moments before the wild antics of Harlem’s own A$AP Rocky. Actually, in hindsight, “wild” is a slight understatement, especially given that human beings were literally catapulting themselves towards the front and trigger-happy staffers were tagging crowds with nefarious garden hoses. Hey, if getting shot in the face with water is your thing, more power to you.

But what really separates CHBP from the rest of the clutter is that it’s actually situated in the heart of the city. Want to see some acts in-between the main sets? No problem. Just hit up your local dive bar haunts. Most (if not all) were open for business and assimilated into the block party vibes. And speaking of good vibes, the weekend’s success was large in part due to the rather choice Seattle weather, which brought out all of the floral crop-top clad chicks and neon tank top wearing bros. That’s never a bad thing, right?

If you couldn’t make it to the Emerald City, no worries. Check out snapshots from the weekend below. 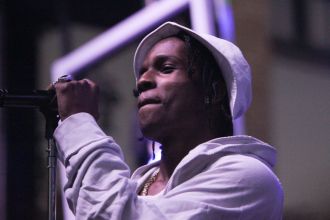 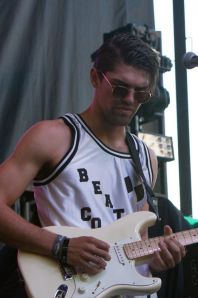 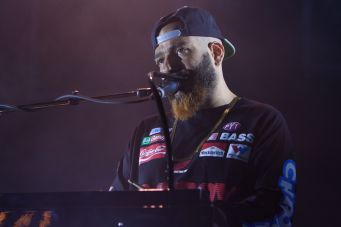 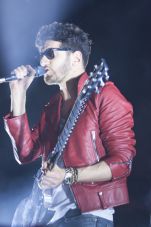 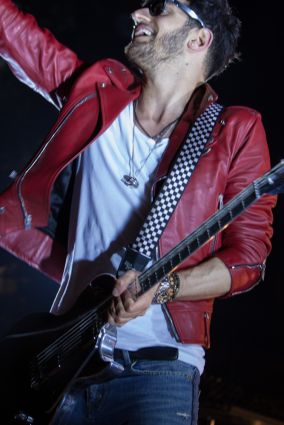 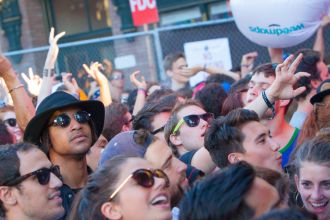 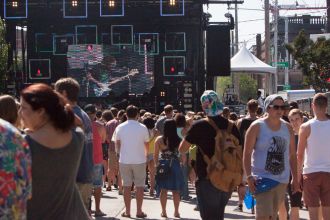 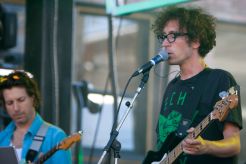 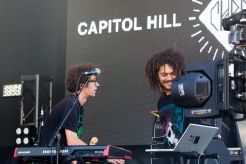 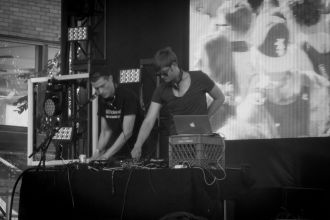 The War on Drugs // Photo by Kristin Unis

The War on Drugs // Photo by Kristin Unis