Three bands. Three members in each. Rare is a triple bill as perfectly made for each other as Cloud Nothings, Metz, and The Wytches. Not that blurry photos are what you’d hope for from a show, but if any bands made sense as unintelligible monuments to motion, it was these three. Not that the movement is what is interesting, but the energy that causes motion, and, likewise, the energy that results from it. Physics tells us that energy cannot be created or destroyed, and the Roxy on Tuesday night exemplified this, with both potential and kinetic oscillating in intensity, and the threat of explosion always real.

Cloud Nothings, the headliner for reasons that don’t necessarily translate to live performance, likely realizes that they have a tougher task than the other bands on the bill. For one, they write songs with choruses, and those songs have hooks beyond the choruses, like they were crafted with a foothold in pop tradition, but with the liberty to scream bloody death when appropriate. Second, their songs offer lyrical depth beyond single sentence exclamations and the occasional obscenity. Songwriter Dylan Baldi may not be Kurt Cobain (yet) (and honestly, all three bands sound like Nirvana is their favorite band, with Cloud Nothings owing the least to the legendary three-piece), but the songs have something to say and say it with grace. Baldi is not blunt; his lyrics are subtle at times, guarded, offering rewards for digging a little deeper. In the world of power chords and shaggy hair whips, Cloud Nothings are pushing themselves and raising the bar. 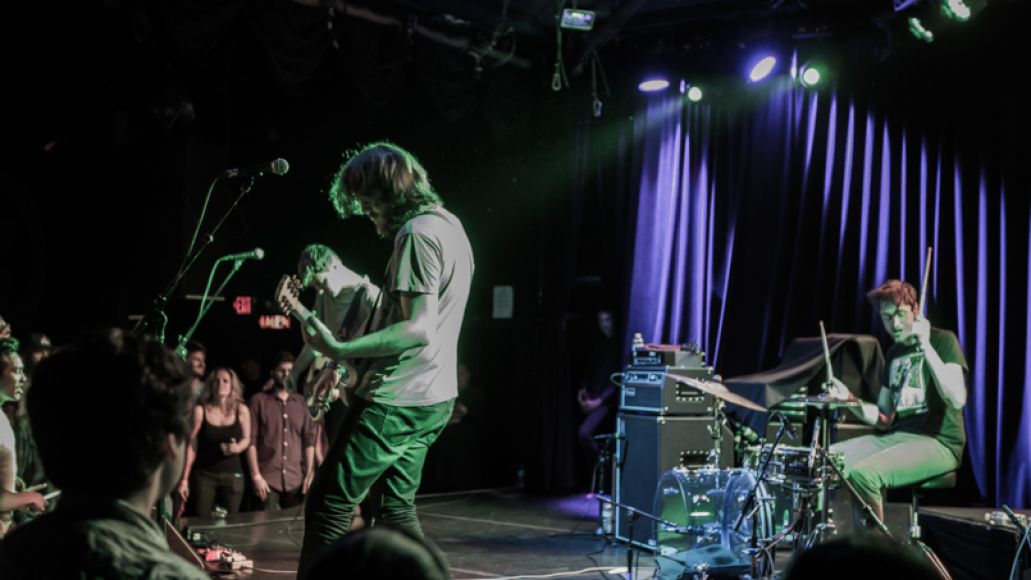 Now, not all of that really plays as well in concert as it does on record. You can’t really understand much of Baldi’s lyrics in concert, and the choruses aren’t nearly as hooky. Add to that the fact that the two bands that just played were on fire, and Cloud Nothings had a tough task to justify the top billing. They achieved it, though, in an area where they used to have difficulty: in their musicianship. Cloud Nothings peppered their set with instrumental jams that weren’t over-the-top, predictable tools to pump up the crowd. Like they have shown on record, they created tension, like the extended middle and end sections of “Pattern Walks” or the song often cited as their best, “Wasted Days”. Previously, the band used to over-do these parts in concert, telegraphing the play and then running it too often. Now, used more sparingly and showcasing better chops, the move makes the performance successful. Songs like “Stay Useless” will never pack the live punch that they do on record because Baldi isn’t a singer. He’s a songwriter, and he knows how to make the concert work for his talents.

METZ, on the other hand, is trying to make records to capture their live presence, and so far, so good. On their 2012 self-titled debut, they were electric and still are years later. The Toronto group is the type that leads a song with “this is about drinking too much, it’s called ‘Wasted’,” and not say that as a ploy to look cool or get a cheap laugh. The Canadian politeness to the band, despite their never-ending strobe flashes and visibly flying beads of sweat, gives METZ a charming bit of safety within the chaos. No matter how loud or angry the music can seem, the band makes the audience feel comfortable in their world. It’s weird, but it’s great. 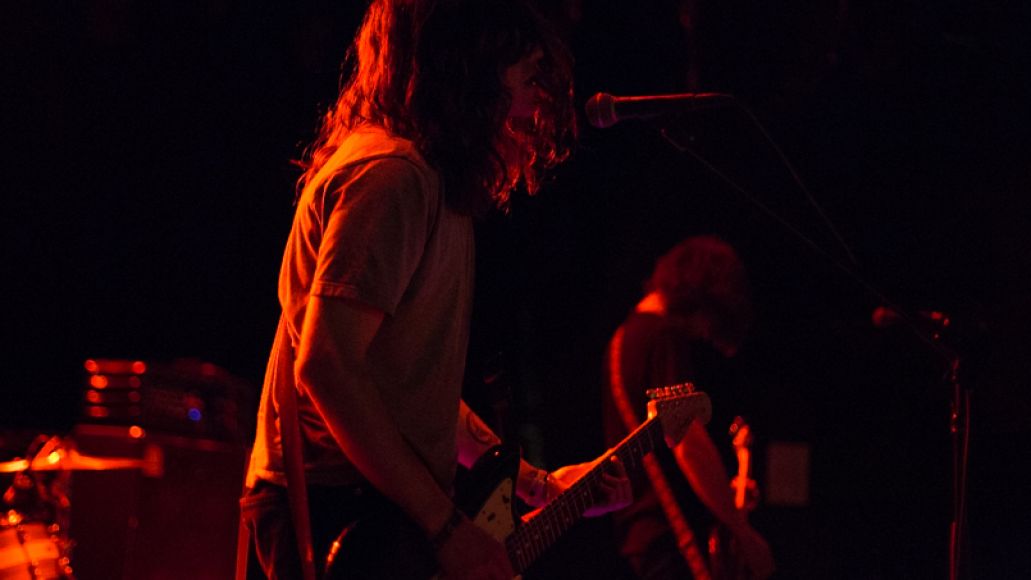 And place at the front of this lineup The Wytches. A newish band from England, it was unfortunate to see the amount of people that blew it and missed their set. Their debut LP, Annabel Dream Reader, is due at the end of August, and it plays into the dark psych rock that you will hear them associated with. But live, they are as screamy and focused as the other bands that played. In 25 minutes, The Wytches offered drama, mystery, and a spark to the evening’s upcoming performances. Even though they didn’t get a mosh pit or have people pumping their fists in the air, The Wytches recognized the energy available for the taking and channeled it to capture attention and pique future interest. Out of all three sets, it was probably the most evenly delivered, and reason to devote attention their way in coming months.

So while the night was maybe a little single-gear, and maybe you’d like to see music appealing a little more broadly to men and women (4:1 ratio easily), the energy likely followed others home for the night, too, ready to be released at the next show or by turning up the volume in the car. Loud music taps into something that already exists and harnesses it. When done right, the experience can seem like nothing more than a blur. 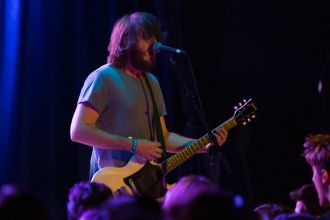 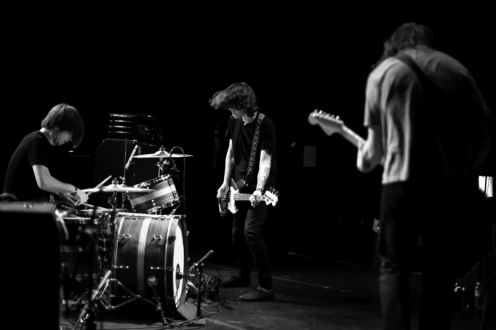 The Wytches // Photo by Philip Cosores