This is the smallest show Justin Timberlake has played in ages, and it’s for less than 2,500 people. A screen filled with fan selfies, tweets, and corporate hashtags retreats into the ceiling of Hammerstein Ballroom. Frank Sinatra’s “My Way” pulses through the speakers, following up the DJ’s uncouth attempt to make the crowd pop off to “We Dem Boyz”. Sinatra is faring far better.

Finally, Justin Timberlake stalks in front of swaths of cream-colored cloth that look like wedding cake frosting. He’s wearing a fedora with a red feather—no really, he is. Big purple spotlights cross section everything like living graph paper. Hundreds of brightly lit phone screens fill in like plot points. If we’re graphing Justin Timberlake, tonight he’s a parabola of thirtysomething wealthy MasterCard users whose collective screams approach infinity forever. And he’s here to take back the night come hell, high water, or rape prevention movement of the same name. It is odd that an artist so well-versed in brand partnerships didn’t take the time to Google his song title choice. Then again, The 20/20 Experience — 2 of 2 tracks like “True Blood” are clearly SEO-optimized. 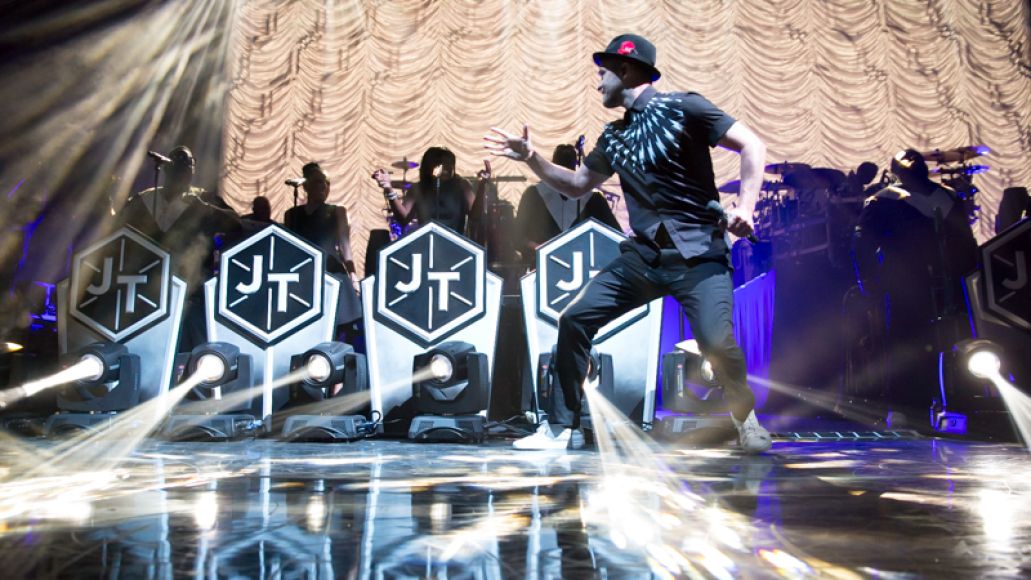 Luckily, Timberlake didn’t play that one, or many at all from 2013’s late-year flop. The first half of The 20/20 Experience was nearly a masterpiece, but 2 of 2 was disheartening. So, for his live show, Justin steered the set toward his moments of genius: “Pusher Love Girl” came with a gospel organ treatment and his signature flawless falsetto, and “Rock Your Body” and “FutureSex/LoveSounds” proved their staying power as the entire audience still knew every word. The seamless flow between “Summer Love” and “Lovestoned” is also still electric enough to bring back memories of blaring them in full force when they were brand-new. I played them beachside one summer in college with a boy who was engaged to someone else by the next; most members of this audience were well out of college by the time FutureSex/LoveSounds dropped, though. 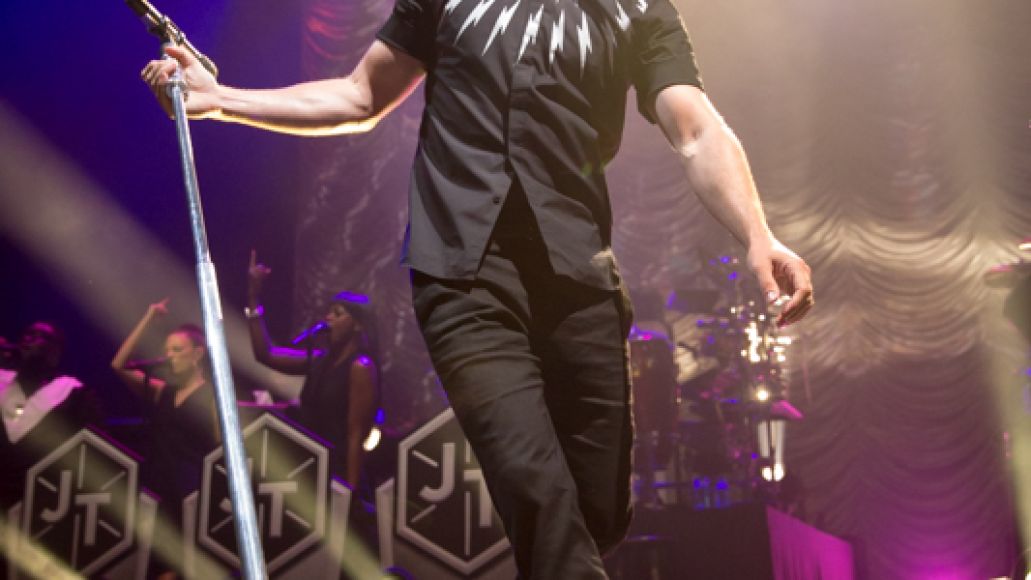 “I’m getting too old for this shit,” said the comfortably married Timberlake, grinning as the lights went up and he began to call out the crowd Drake style. The problem is, he doesn’t have the same style of charisma, or even incision, as the Toronto rapper, so his bouts of “I see you” fell flat. As did other moments of self-aggrandizing, like mid-song when he simply inquired: “You love me, don’t you?” It was a request that came off a little too raw, better-suited for bedroom talk with Ms. Biel than fans who just shelled out for #pricelessaccess. Timberlake is at the point in his career where most of the audience is his age or older, gone are the screaming teens of *NSYNC fame. Or rather, they’re here now, just grown up. The ample VIP section was further testament to just how badly MasterCard wanted this show to feel like An Event, but a roll-up red carpet, fried appetizers, and minor league celebs like Catfish host Nev Schulman didn’t go very far. The last two I’m relating based on the reports of others; I was given a VIP badge only to be told my GA ticket kept me down below in the pit. Which is a kind of good summary of how this show felt: a shimmering mirage of would-be pop royalty that couldn’t quite make the music itself match up to the spectacle.

“TKO” wasn’t enough to get the aging crowd into new Justin, and both “Until the End of Time” and “Holy Grail” felt the lack of the Knowles-Carter couple they feature on studio versions. The most off-the-wall part of the night was when he grabbed an acoustic guitar and launched into a non-setlist cover of Ray LaMontagne’s “Jolene” (not to be confused with Dolly’s take). He prefaced the cover with “Most of you won’t know this song,” and he was right, murmurs grew to a full roar during the guitar-only rendition. But for those of us who did know it, the cover was easily the best part of the evening, and it seemed like one of the few moments of the evening orchestrated by Justin himself and not some larger brand overlord. If that was a moment for Justin, then the next cover was for the crowd. The fact that he opened the show blasting “My Way” should’ve tipped us off; he launched into “New York, New York” without missing a beat. The crowd literally lost their shit—even more so than when he closed out with “Suit & Tie” and “Mirrors”. 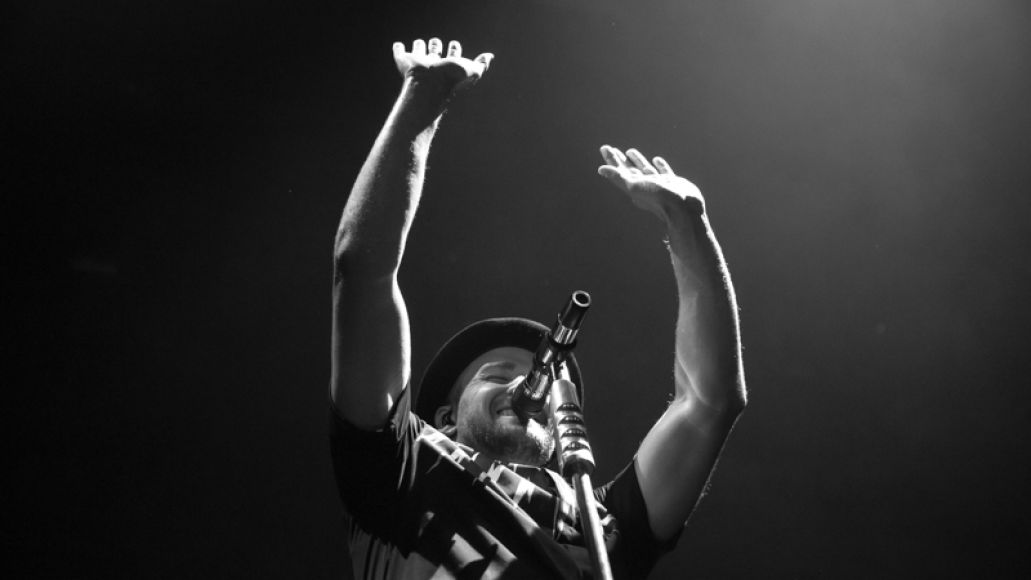 “This city is my home away from home, fuck it, my home,” Timberlake quipped, before plugging MasterCard twice. But Timberlake isn’t a New Yorker, and he isn’t Sinatra. I charged another glass of champagne and sang along to “Mirrors” anyway. Sometimes, even a reflection of greatness is better than seeing through it. 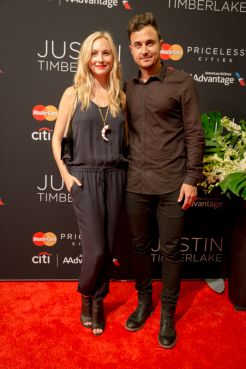 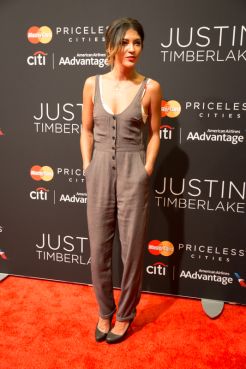 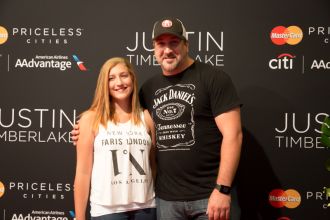 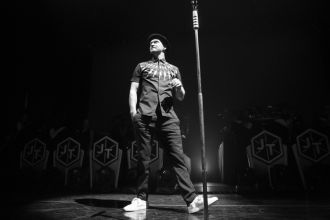 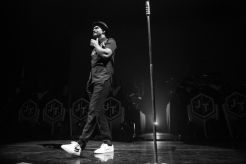 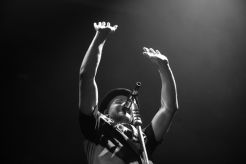 Setlist:
Only When I Walk Away
Pusher Love
Gimmie What I Don’t Know I Want
Rock Your Body
Don’t Hold the Wall (intro) / FutureSex/LoveSound
Like I Love You / My Love
TKO
Summer Love
LoveStoned
Until the End of Time
Holy Grail / Cry Me a River
Senorita
Shake Your Body
Not a Bad Thing
Jolene (Ray LaMontagne cover)
What Goes Around
New York, New York
Suit & Tie
SexyBack
Mirrors