Ferris wheels: love ’em or hate ’em, right? The jury’s out on together PANGEA, at least if we’re to judge their latest batch of photos for Gap’s Styld.by Campaign. Earlier this summer, photographer Dominoe Farris-Gilbert followed ’em over to the Pacific Wheel at the Santa Monica Pier, where the LA rockers enjoyed the chill California sun and a nice breeze. Fun, right? That’s what we thought, but while their clothing says “SUMMER YES!” their faces say “Guys, let’s get outta here.” Close call, but make your own judgment below or with more photos here. 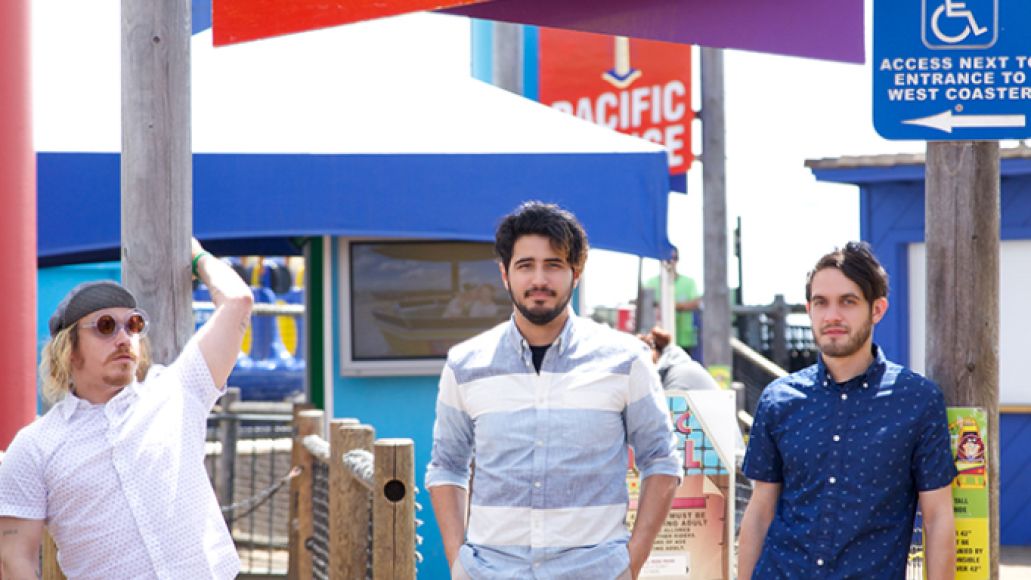 Earlier this year, the outfit released their remarkable third studio album and Harvest Records debut, Badillac. In his Top Rated review, Editor-in-Chief Michael Roffman called it a “33-minute firecracker,” adding that it’s the “album Ty Segall would have listened to all summer long.” Grab that album now via Amazon.

In March, William Keegan, Danny Bengston, and Erik Jimenez led the group through an exhausting 30-minute exercise at our third annual CoSigns Festival in Austin, TX, at the Hype Hotel. In case you missed it, revisit the event by watching their performance of “Badillac” below: