The venerable Riot Fest returns this September to celebrate its 10th year of bringing the best in rock, punk, and indie to the masses. Three separate events will take place over three consecutive weekends in Toronto (September 6th-7th), Denver (September 19th-21st), and its home of Chicago (September 12th-14th).

No matter the city, though, Riot Fest promises some of the best and most diverse lineups on the circuit. Toronto has The Cure, The National, Death Cab For Cutie, Death From Above 1979, The Flaming Lips, Social Distortion, The Afghan Whigs, Bob Mould, Thurston Moore, Buzzcocks, Glassjaw, and The New Pornographers. Denver fans will get to see The Cure, The National, Wu-Tang Clan, Slayer, Rise Against, Primus, TV on the Radio, Descendents, Social Distortion, Hot Snakes, Taking Back Sunday, and Sublime with Rome.

And Chicago? Well, Chicago gets The Cure, The National, Rise Against, The Flamping Lips, Social Distortion, Primus, Wu-Tang Clan, Metric, Cheap Trick, Patti Smith, Die Antwoord, Gogol Bordello, Taking Back Sunday, and so many more. It gets better: 10 bands will play 10 classic albums to mark the festival’s decade of rocking, including Jane’s Addiction (Nothing’s Shocking), The Offspring (Smash), Descendents (Milo Goes To College), The Get Up Kids (Something To Write Home About), and more. In fact, Denver and Chicago will hear Weezer play The Blue Album, Slayer play Reign in Blood, and NOFX play Punk in Drublic.

Clearly, no matter which Riot Fest you end up in, you’re going to get the experience of a life time. Wherever you want to go, we’ll help you get there. We’re giving away one pair of GA tickets to the Riot Fest of your choice. Live in Chicago? We can get you in. Want to travel to Denver for a weekend? We can get you in. Prefer something up north? Well, you get the idea. All you have to do is enter using the widget below, and each additional action you take (sharing on Facebook, tweeting, etc) will earn you an additional entry.

Entry is open to all readers, and the winner must provide their own travel and accommodations.Entering means you also agree to join the Consequence of Sound newsletter. Good luck!

And in case you don’t win, tickets to all three Riot Fest installments remain available through the festival’s website. 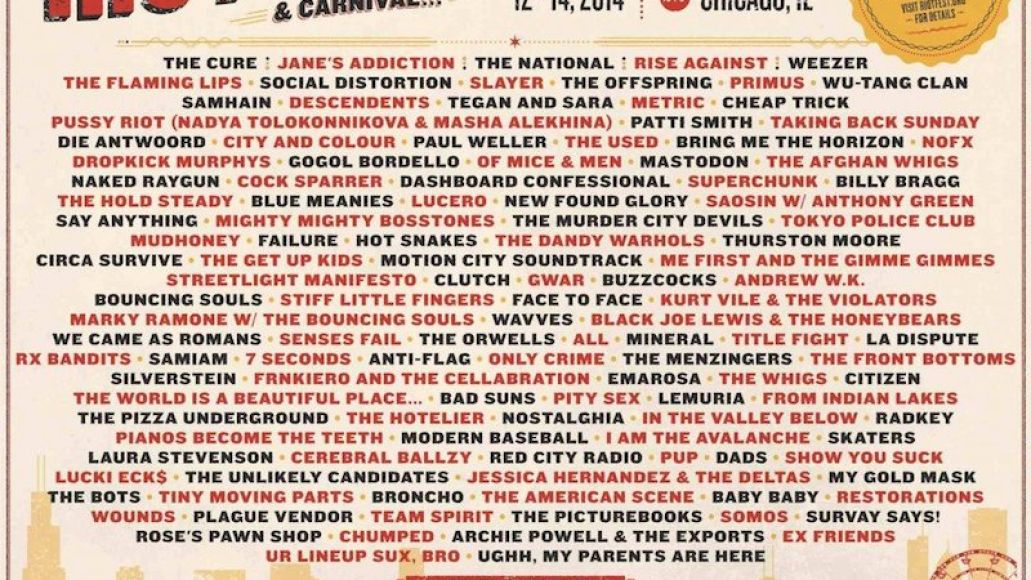 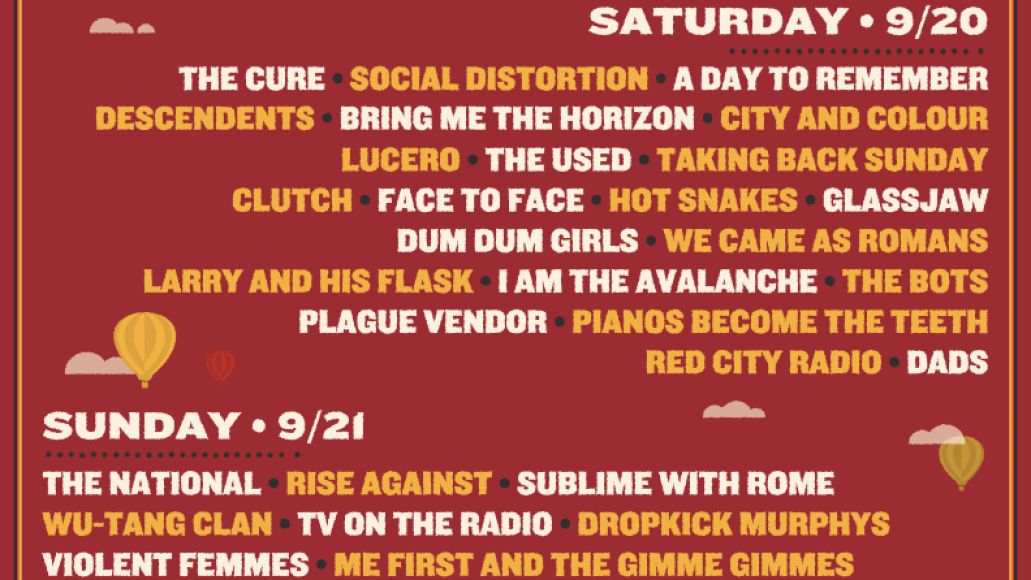 Win tickets to the Riot Fest of your choice