The summer right after college, I would walk across campus every afternoon to rehearse a play I was directing. My house was about two miles from Florida State University’s Fine Arts Annex, which Google Maps today tells me is roughly a 45-minute stroll. That sounds about right. I know this because every day for almost six weeks straight, I would listen to The New Pornographers’ Twin Cinema — a 48-minute record — on the way to and from the theater building. If I got to the Annex with a little extra time to spare, I would walk around the block just so I could hear all of “Stacked Crooked”, the final track on the album. It’s one of my most distinct and pleasant musical memories, despite it having nothing to do with a significant life event. For me, Twin Cinema didn’t soundtrack a breakup or a party or a road trip. It was an album I fell in love with while walking, back when my schedule was lazy enough to do such things. The music made me feel good. It made everything feel sunny outside, even if it wasn’t.

I didn’t feel that way about Challengers or Together. Both records, although admittedly still pretty great, conveyed reflection rather than joy, at least for me. Chalk it up to their sometimes slower pacing and, occasionally, more somber instrumentation. Hell, chalk it up to me being a little more cynical. Chalk it up to having a day job. Bottom line: a new New Pornographers release hasn’t felt sunny in a long time. For better or for worse — and you’re goddamn right I’m going to say for better — that trend breaks with Brill Bruisers.

This isn’t exactly a surprise. De facto bandleader A.C. Newman has been quite forthcoming about his desire to write something immediate and upbeat after working past some difficult events in his life. And he did. Those neon tubes on the front cover don’t lie. Like the iridescent lettering, The New Pornographers are plugged in and lit up on their latest, filling in any spaces between their music with pep and speed. It’s not just a matter of the songs being faster, either (although they certainly are). It’s the arrangements that are fascinating, the studio tricks and ensemble mindset the band utilized to once more capture lightning in a bottle. 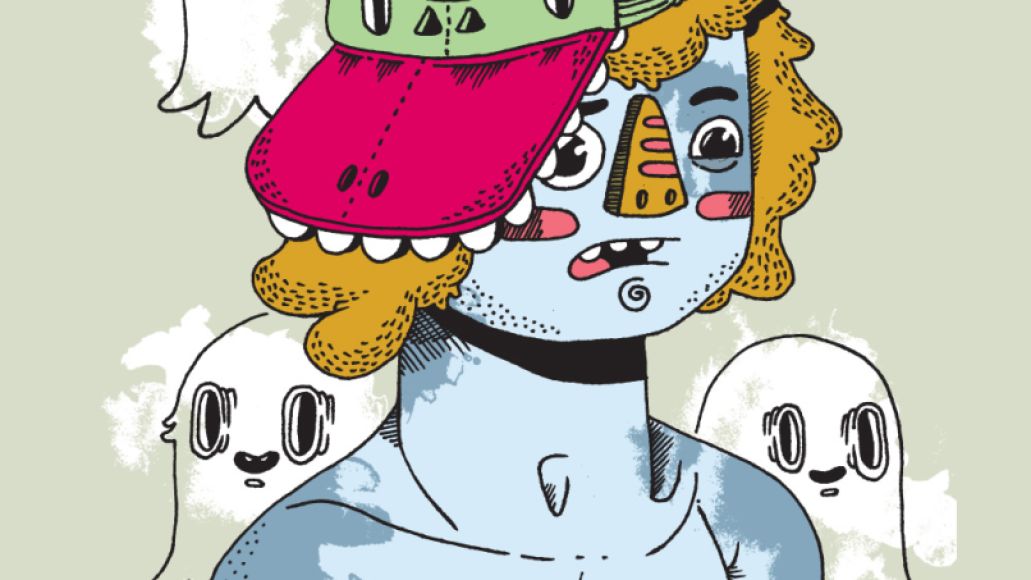 Let’s start with the vocalists. A.C. Newman’s tunes have always made up the majority of every Pornos album, with two or three songs apiece from Neko Case and Dan Bejar, then maybe one or two where they all sing. While the division of labor is about the same here, the mixing and effects give the production more of a singular blend. Yes, “War on the East Coast” is a Bejar song, but you kind of forget that about 30 seconds in once the arpeggiators begin to chirp. The synths keep building and building throughout, harmonizing with Bejar’s nasal register and making it more of an honest-to-God instrument than a human voice. The same goes for Case’s “Marching Orders”, her singing filtered to sound like the keys that continue to playfully chug behind her. “Wide Eyes” is primarily sung by Newman, and yet the way his backing-harmony “Oh”s alternate left and right channels with Case’s convinces you that they’re both taking the lead.

The production also relies heavily on vocoder, which opens “Backstairs” with robotically altered speech, establishing a sort of futuristic environment that carries throughout the rest of Brill Bruisers. It’s not genuinely futuristic, mind you, but more retroactively futuristic — what a music fan in the ’70s or ’80s might view as futuristic. Indeed, the guitar tone on most of the songs resembles the palm-muted distortion of songs like The Outfield’s “Your Love” and Rick Springfield’s “Jessie’s Girl”. I doubt it’s part of any kind of intentional throwback; as Twin Cinema was for me, these are just the sounds that make The New Pornographers feel good.

All of these techniques — the streamlined mixing, the honeycombed harmonies, the poppy sci-fi synths — build a sonic unity made all the more bright when surrounded by the irreverent lyrics. Newman’s (and, to a lesser extent, Bejar’s) words aren’t exactly nonsensical, but they’ve never been rooted in any kind of narrative. “I think we could save lives, if we don’t spend them” is about as clear a line as you’re going to get here. And as interesting as it would be to see Newman write a linear verse and chorus, the open-ended style places greater emphasis on mood rather than story. On Brill Bruisers, that mood is a chromatic kind of happiness. That mood is unabashedly sunny. Time to start walking again.