Turns out a dive into the Deep Web offers more than just communiqué with Russian arms dealers and hitmen. As Stereogum points out, Richard D. James, aka Aphex Twin, appears to have announced his new album by linking fans to a .onion Deep Web domain.

Upon accessing the site, a text document reveals the album’s title, SYRO, in addition to a 12-song tracklist. Also featured is the above artwork, which features Aphex Twin’s trademark logo, the same one that was imprinted on a blimp flying over London this weekend.

Aphex Twin last released a new album in 2001 with Drukqs, and hasn’t performed live since 2012. However, he recently facilitated an auction for his long lost LP, Caustic Window. 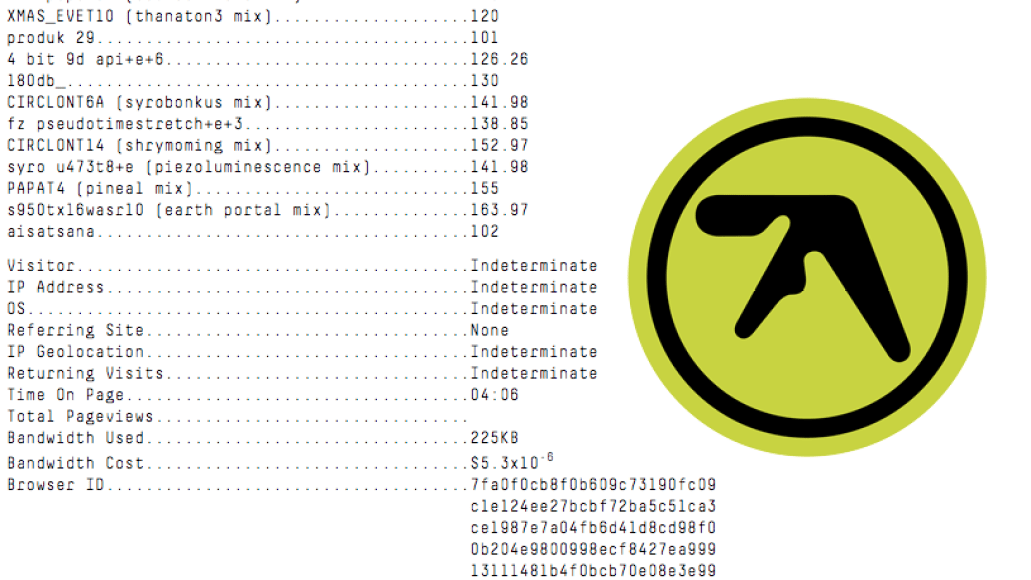