There’s an old story about New Orleans bluesman Blind Willie Johnson once being arrested for singing a gospel song so powerfully while standing outside a local customshouse that the police thought he was aiming to incite a riot to tear it down. Eighty years later, that same destructiveness emanates from the gruff vocal chords of one of Johnson’s most fervid fans, Benjamin Booker.

Booker, also based in New Orleans, has been known to disrupt the ordinary as well. After finishing his journalism degree in Florida, he stole away from the profession, headed to the Delta where he worked days at a non-profit and played acoustic concerts at night around town. But that sound got boring quick. Booker, driven by punk influence and flustered by perpetually basic guitar shows, took to a fuzzier new sound: a raucous, brassy rendering of the blues.

Soon enough, Booker’s gritty punk subversion of the genre’s classic format caught the ear of Jack White, who promptly signed him to open a string of dates on his most recent tour, despite Booker’s limited live performance experience. He nabbed himself a record deal with ATO Records and last week dropped the self-titled Benjamin Booker, showcasing a collection of scuzzy, coarse offerings on life, love, and overthrowing the rules.

I sat down with Benjamin Booker in a green room before he headlined in San Francisco, and we talked about the new album, stage diving at punk shows, and making music for conversation’s sake.

Welcome to San Francisco! Have you been exploring?

We went to Saigon (Sandwiches), and then we went to Guitar Center, and that’s all we did.

You came all the way out to San Francisco and you went to Guitar Center?

I don’t want to ask you much about Jack White, because you must be sick of talking about it. 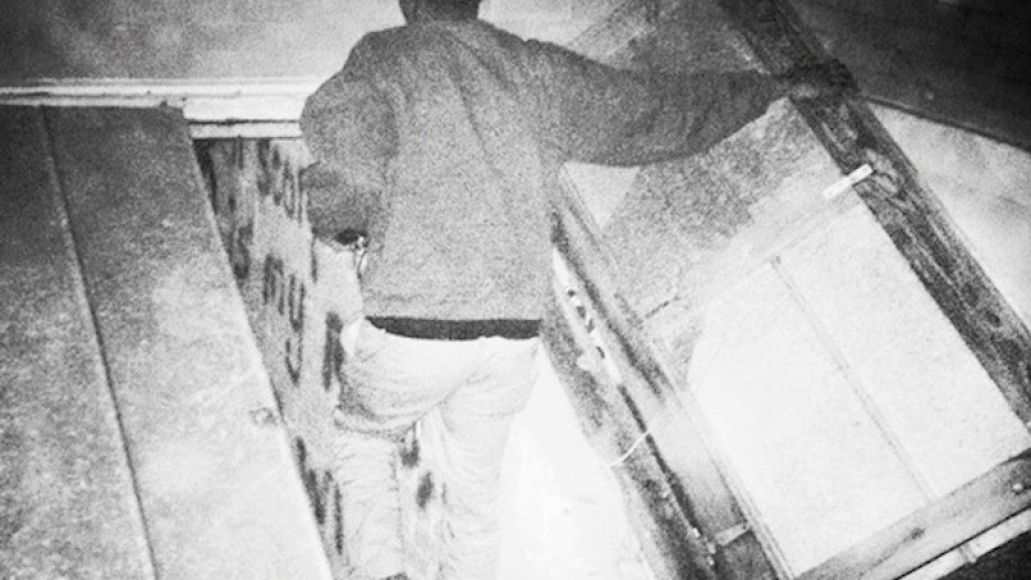 Great, alright. So, two years ago you put out a song, and it was picked up by Aquarium Drunkard. The writer in a later article said he had only received the fuzzy song and one picture. It all seemed a bit Robert Johnson-y to me. Was it your intention to be so mysterious?

At the beginning, I mean, I’m not sure if I was purposefully trying to be mysterious, but I was listening to a lot of blues. I had just found out about Jandek, this weird musician from Texas. He’s been putting out records for like 30 years, and he always has just one very candid photo and these weird recordings. So, maybe it was more of an ode to Jandek than Robert Johnson.

My girlfriend at the time lived in Florida. They had a basement, and she took a picture of me going into it, and then it was used over and over again [after the Aquarium Drunkard used it].

You went to journalism school and applied to an internship at NPR. I’ve read some conflicting things about your experience with it. One thing said you couldn’t find a job in the field, and another said you just were more in love with the interviewing aspect of the job than the reporting.

Yeah, I mean it was both. I couldn’t find a job, but that’s what my degree was in. It was too late to change by the time I found out I didn’t want to do it, so I was looking for journalism jobs. I got one job offer, but I didn’t take it. I didn’t really want to do it.

Right around the time I moved to New Orleans, that song went up — it was on Sirius [Radio], I think. It was this demo that I recorded in the bathroom. Then I just got calls from management, labels, but I had already signed up to do Americorps, a non-profit in New Orleans for a year, so I was doing both: playing shows around town and working for the non-profit. I stayed there for a little bit, and then I went back to Florida and got Max [Norton] who plays drums and then brought him back to New Orleans.

Do you feel like the music scene there had an impact on your sound?

Yeah, definitely. There’s all kinds of bands there. Garage rock and blues musicians and every night of the week you can go see a show. And the radio…

Yeah, I mean now especially, because it’s so cheap to live there. The first few months that I lived there, my only friends were people from San Francisco and New York. No one was from the city itself. There are a bunch of kids living there starting bands and doing cool stuff. 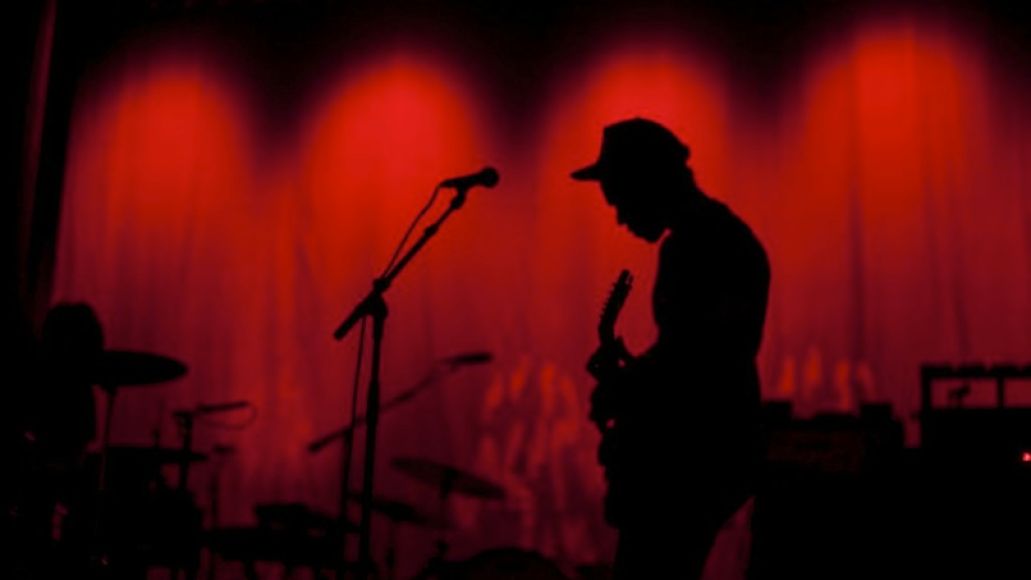 A lot of people are fixating on the rasp of your voice. Does it feel unnatural to manifest your voice in that way?

No, it doesn’t feel unnatural, actually. Not to me. I mean, I’d write songs, and that’s just how [I’d sing it.] I’d listen to a lot of this guy Blind Willie Johnson, and he has a really harsh, intense voice and goes into softer, mellow stuff, like all in one song. I like that stuff, so that probably helped.

No, no. I don’t know if people would be into that these days.

Even so, you’ve gotten a lot of media attention lately. There was that article in the New York Times that was all pretty much about Jack White.

Since you already have something of a history in journalism already, has it been easier dealing with the sudden media flurry?

I mean, it probably made it easier. I mean, I did this for four years or so, and it’s nice to be on the other side. Sometimes it’s hard because I know what people are trying to get me to say. Journalists — especially music journalists — ask the lead-in questions like they already have what they want me [to say]. They’ll give the answer, and I’m just supposed to say yes. I don’t know. It’s frustrating sometimes.

I can understand that — you’re already a few steps ahead. Let’s talk about the album. Was there any kind of reason behind giving it a self-title?

No, it was just the first album. Why not give it a self-title? There’s no concept or over-arching theme behind the record because I didn’t record the songs with the intention of putting them out. It was just a collection of stuff that I had, so a title would have been weird. 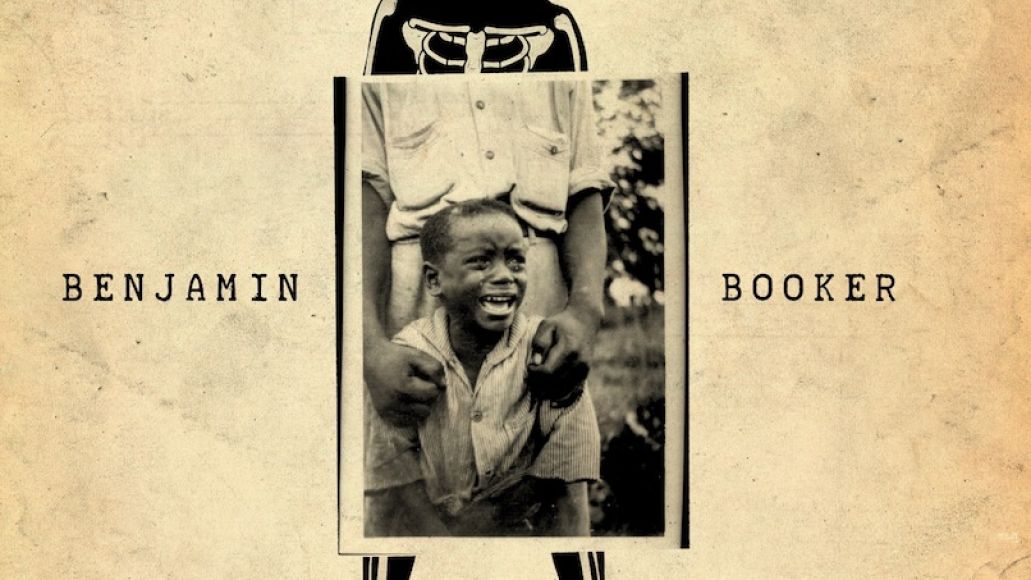 So what about the cover? There are the SKU-looking codes and the skeleton…

You should look them up! Those are real SKU codes. I picked a few items, and those are the codes for them. No one has looked them up yet, so I’m not going to tell anybody. But they are real things! [Album cover designer] Rob Jones asked me to pick three things that make me feel like a human and made of flesh and meat, and then he actually went to the store and bought them. Whoever figures them out gets a prize I guess.

The photo on it — is that you? It looks pretty old.

It’s an Alan Lomax photo. He traveled around and took photos and recorded early folk and blues. After I had the songs together and looked at them, it made sense for the subject matter. A lot of the album has to do with the generation gap and being in your early 20s with the separation between you and older people. A picture like this where there are huge hands over this kid who’s crying — it was perfect.

I feel like that sentiment is reiterated in some songs. There’s that “40-year-old producer” from that line (in “Spoon My Eyeballs Out”)…

We had an actual 40-year-old producer.

Ha, what happened? Did a shitty product come from that collaboration?

No, no. I mean, that was one of the first songs I ever wrote. I had grown up in a punk DIY community, and I wrote it as an angry teenager who was like, “Fuck 40-year-olds in music blah blah blah,” but the song is mixed in with present-day me and realizing there are a ton of rules in the punk community, and it sucks.

That’s so anti-punk. Still, that song has a lot of evocative images. Even the title, “Spoon Your Eyeballs Out” is … you know. Can you tell me about that song?

I think I had gone to a Black Lips show, and it was ridiculous. There was a broken beer glass onstage, and everyone in the front row with me was cut up and bloody. My knees were swollen the next day and covered in beer and whiskey, and I was like, “Yeah, that’s what I want to do. This is the exact show that I want to have.” So, I wrote about that experience and all the bullshit music we’ve had for so long. This is where it’s at, and this is what I should be doing every day. There’s actually a video of me at that show. This was a few years ago, and I managed to hurt myself pretty bad. Young me.

(Note: Booker appears to the right of the singer about 13 seconds into the above video)

That’s pretty great. Other than that song, there are a lot of themes here, and you said it wasn’t recorded all in one sitting. Some of them coming through here were about home and family. Is that an important aspect to songwriting for you?

It’s where my head was at. I had a hard time talking to friends and family, and there was a lot of stuff happening at the time, so I had gotten to the point where I wrote the song to give [them] to friends. Like, “Here, listen to this, and then we can talk about what’s going on.” It was important [in that way]. “I Thought I Heard You Screaming” is a song I gave to my best friend — this girl I was living with. “Have You Seen My Son?” was one I gave to my parents. It was just a “here’s how I’m feeling” thing. It was a lot easier to me because I didn’t have to be in the room when I was breaking news to them.

Alright, so you played in Oakland last night, and your album came out yesterday, too. Congratulations! How does it feel to have your first record under your belt?

It’s nice! I mean, this is the first album I’ve ever had. It’s on vinyl now. It’s crazy to think that there are copies out there that in 20 years will be out in some thrift store getting found. It’s cool to have physical music out, because I’ve only ever had stuff online before. I feel special. I’m happy I have vinyl, but it’s weird.

You will probably be someone’s Blind Willie Johnson one day.

Maybe in like 80 years someone will find it. That would be insane.