Foo Fighters promised a big announcement today, and now they’ve delivered. The band has revealed details of their forthcoming eighth studio album: Entitled Sonic Highways, the eight-track effort will arrive on November 10th via Roswell Records. Below, see the full tracklist, album artwork, and a short teaser trailer featuring a snippet of a new song.

Pre-orders are ongoing via the band’s website. The limited-edition vinyl package includes nine different album covers, featuring eight variants themed around the various cities where the album was recorded.

As previously reported, the band recorded the LP in eight studios across the country, which frontman Dave Grohl documented for an HBO mini-series of the same name. Among the cities: Austin, Chicago, Los Angeles, Nashville, New Orleans, New York, Seattle, and Washington, D.C.

In an interview with The Hollywood Reporter, Grohl said the unique recording process led to the band’s longest record to date, as he “had to take a cinematic approach.” Grohl continued, “Like I couldn’t just write a three-and-a-half-minute long KROQ jingle and film it for the finale of an episode about the history of music in New Orleans, ya know? We really had to step up what we do. The music is a progression or an evolution for sure, but it’s a Foo Fighters record.”

Describing the album’s sound, Grohl said “you’ll recognize Foo Fighters in this record but you’ll also be surprised by us. We’re doing things that we’ve never done before.” He added, “Honestly, there are sections of songs that will really take you by surprise,” suggesting that the album may feature horns from their session in New Orleans. “And then there are choruses that you’ll just recognize as Foo Fighters within the first three seconds.”

The cross-country studio tour did not, however, change Grohl’s preferred recording method. Similar to 2011’s Wasting Light, the new LP was recorded in analog using two 24-track tape machines. “Some of the places [we recorded] are houses and some are stages and some of them are old rooms so we’d have to build a studio in some of these locations. And that’s easy to do when you just open up the laptop. It’s not easy to do when you’re dragging two 800-pound two inch tape machines across the country, but we’ve done it everywhere we’ve went.”

Thus far, Foo Fighters have confirmed a few shows behind the album, including a massive UK show at Queen Elizabeth Olympic Park in September, a headlining performance at Las Vegas’ Life is Beautiful Festival in October, and the band’s first-ever dates in South Africa, which are scheduled for December. 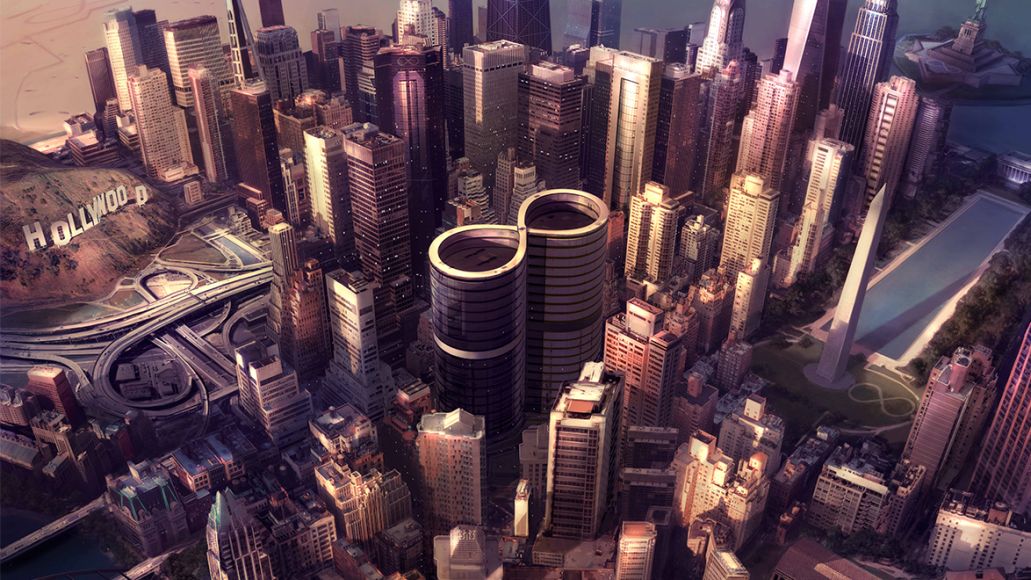