It’s like a baby. Nine months ago, nearly to the date, I saw Cymbals Eat Guitars debut much of what would become third LP LOSE to a half-empty room at Brooklyn’s Knitting Factory. Now, there’s a record — mastered and pressed and birthed into this world. It’s a strange thing, when suddenly these songs are fit for audience recognition and need not be sheepishly introduced with a shy “We’re going to try some new songs now…” disclaimer.

Anyway: Tuesday night, I returned for the record release show, which turned out to be the most aurally intense and sweat-stained of the Cymbals shows I’ve seen — and the most enthusiastically attended, even if a moshing handful of bros did compromise enjoyment for the scrawnier fans in attendance.

Bug Arms were to open, but the band dropped out for reasons that weren’t entirely clear, and so Hooray For Earth filled in instead, a heavy, psychedelic presence that complemented CEG’s more sober-minded intensity. (Update: Bug Arms and Hooray for Earth are the same.) Then came a strong set from Grooms, the Brooklyn trio whose Sonic Youth and Pavement fixations are even more pronounced than the headliner’s, however possible that may be. (It’s not, really.) The band made use of what appeared to be a baritone guitar instead of a bass, resulting in thick, syrup-y noise textures alongside Travis Johnson’s cleaner rhythm guitar. 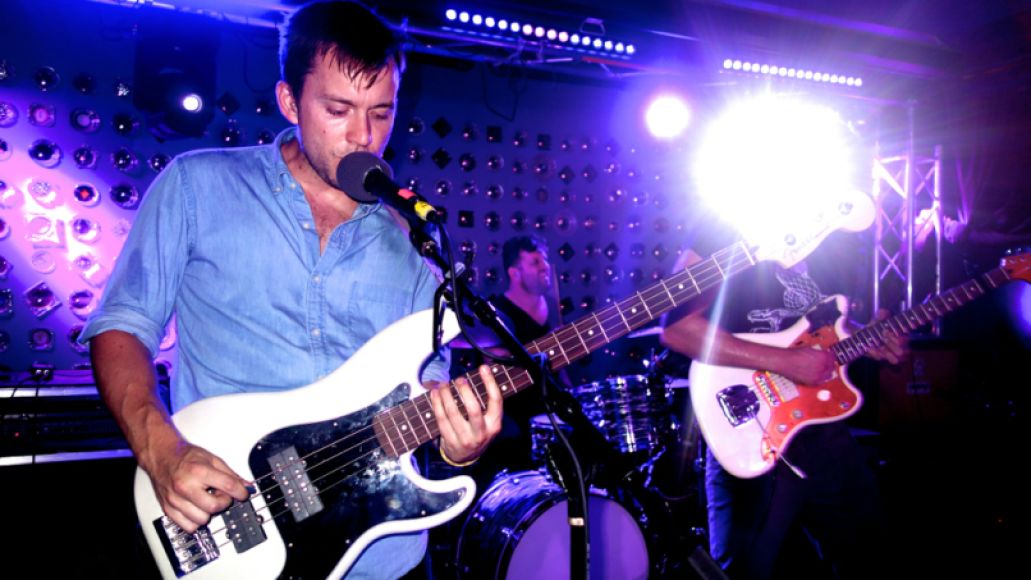 Cymbals came on around 11 p.m. and launched with characteristic immediacy into “Warning”, a propulsive LOSE track that hardly gives indication of that record’s surprising range. That’s what I like about the album: it’s like a concession that the focused clamor and Our Band Could Be Your Life-era songcraft of Why There Are Mountains won’t soon be matched, and so why not see what other textures are worth trying on for size? “Child Bride” flirts with melodramatic balladry, string crescendo and all; “Chambers” tips its hat to “Billie Jean”-era disco and palm-muted eighties guitar textures; “Laramie” is a dreamy centerpiece of keyboard wails and falsetto soul. Those latter two selections made for obvious live highlights; LOSE, more than any preceding CEG record, seems maximized to expose keyboardist Brian Hamilton as the group’s absolute secret weapon.

Still, what makes Cymbals Eat Guitars so excellent isn’t an especially eclectic set of influences. It’s a stark intensity, a revelation that if some songs can wind their way into squalling, screaming, emotional apexes, why the fuck shouldn’t every song do that? It’s ingenious because it works so terribly well — there’s something about vocalist Joe D’Agostino’s overstuffed vocal climaxes and Mascis-ian guitar squeals that fills up small venues with huge, trembling splinters of emotion and sound. By the third track in the set, D’Agostino was visibly dripping sweat and screaming out his lungs; by the fourth and best song of the night, Mountain‘s “Wind Phoenix (Proper Name)”, with its immense, screaming staccato blasts, he was knocking off his guitar’s whammy bar in the heat of the climax. 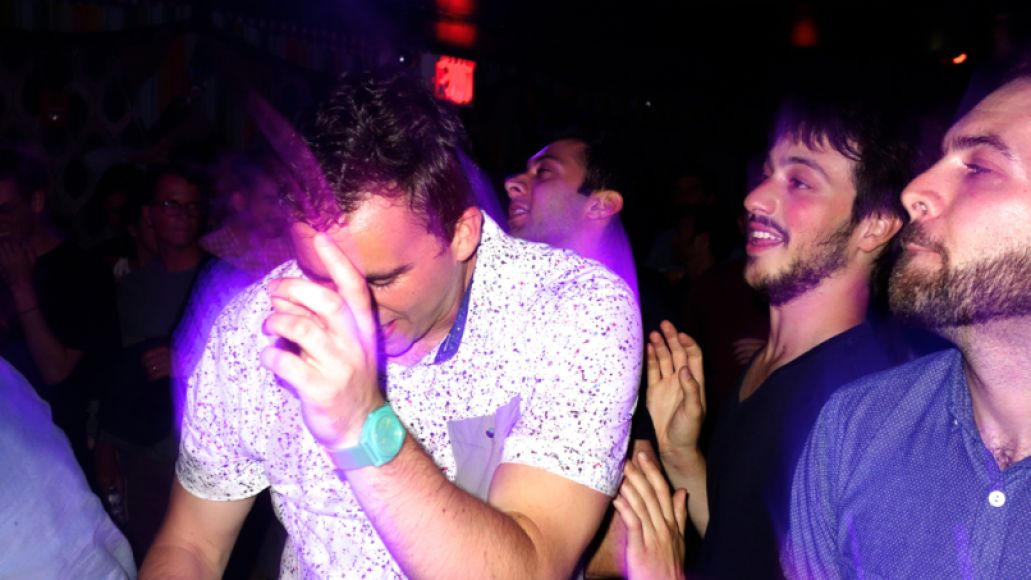 It’s hard to stand still, shrugging like an idiot, during a Cymbals set, and so the singer invited the audience to “move a little bit,” and so — as these things go — a gaggle of bros materialized and pushed towards the front, exploding into drunken mosh pits during the loud bits of “Jackson” and “…And The Hazy Sea”. (The latter was introduced as “the first song we wrote,” and there’s a reason it’s still a regular set closer six years later.) The scrawnier fans and the ones protectively clutching cameras (I fit both demographics) retreated to the sidelines, and so did the women, as is also inevitable when drunk, male moshers push to the front.

Which is all to say: It’s good to see Cymbals finally getting their due. And yet terrible all the same, and I’ll see you at the sparsely attended Knitting Factory gig when this media cycle subsides.