Close to a year ago, along with the release of the excellent Carey’s Cold Spring, word got out that Frog Eyes frontman Carey Mercer had been diagnosed with throat cancer. All the hallmarks of the heart-wrenching finale were there: He recorded a song he once sang to his father on the man’s death bed, in which he shouts “And nobody shall die” at the song’s climax; He put together a book of essays, compiled for his son, a gesture which could easily be taken in a Hollywood movie as a farewell; the record, as Mercer himself puts it in a press release, often sounded “deeply fearful, almost paranoid, the sound of a person grinding his or her teeth in the night.” But now, four years after their last North American tour and nine months of near silence from the Frog Eyes camp, Mercer steps back onto the stage, both figuratively and literally, to announce his newly clean bill of health. And, though it was there in some proportion at its release, his appearance at Chicago’s Schubas Tavern truly exposed and honored the hope and life that had always lived in those songs and in Mercer.

Though that brightness never came off in any sort of grand gesture, but rather in Mercer’s beatific simplicity and blithe smile. Life itself and the creation of music was all that mattered. “I’ll say something, then we’ll play a song, and then something else will happen,” he smiled, before introducing “The Road Is Long” off of Carey’s Cold Spring. He would later go on to explain his transition between the old “wacky Carey” and the new “wise Carey,” but it felt palpable even in the early songs of the set, all of which were delivered in a slightly tempered version of his old manic ache. That’s not to say that “Needle in the Sun” lost its sharp-toothed snap, and neither did the Frog Eyes versions of a pair of songs from Blackout Beach album Fuck Death. In fact, the entire night seemed to echo that album’s title in its visceral intensity, but in an intimate, connected form. 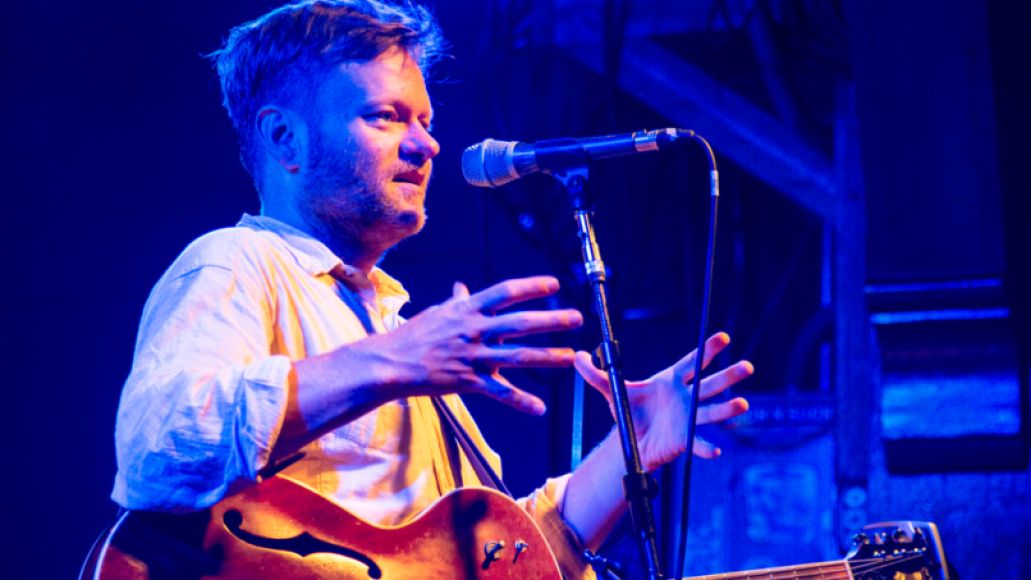 Throughout his consistently sincere, warmly candid banter, Mercer focused on an insistence of life and the importance of music, seemingly simple topics delivered simply — yet with incredible zen impact. Before breaking out “A Latex Ice Age” (from 2003’s A Golden River), he explained how love will get you through all of life’s shit times, and dedicated the song to his wife. With its talk of holy creeks and clinging winter, it’s a love song in the way only a Frog Eyes love song could be. When he sang about being together during “the falling apart,” the room seemed to swell with his voice, though not in the head-shaking, gritted teeth tremor from a few years ago. This was the most fragile and permeable moment I’d seen of Frog Eyes, the labyrinthine, referential lyrics and questing song structures boiled down, as Mercer stood, singing a love song to his wife. “I don’t care what you do, just stay alive and try to love yourself,” he shrugged later, before delving into set-closer “Don’t Give Up On Your Dreams”.

But, as if those two edicts weren’t quite enough, he came back on for an encore by simply grinning, “I just want to play more.” Without the rest of his band, “wise Carey” debuted two new songs: “Two Girls”, which was influenced by a Townes Van Zandt song of the same name, and “In a Hut”, a grip of guitar ribbons falling around his lines about coming up against abandonment and wandering in the wilderness. “You seem like music lovers, and for that I say thanks,” he said, “And it seems like there are only 40 of us left.” Closing with a solo rendition of Tears of the Valedictorian standout “Bushels”, then, showed that music, love, and staying alive all come together, the room now “a colony in song.” The last line rang out, seemingly forever: “I was a singer and I sang in your home,” he called, head tilted back to the sky. As a last statement, that’d be magical. But that won’t be wise Carey’s last statement, and for that, the world is a better place. Fuck death. 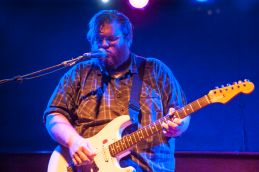 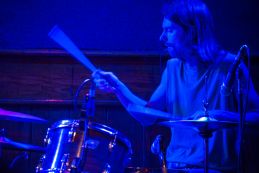 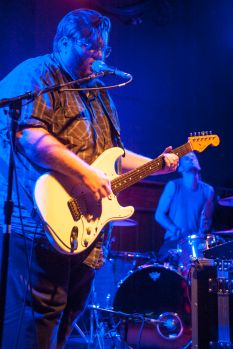 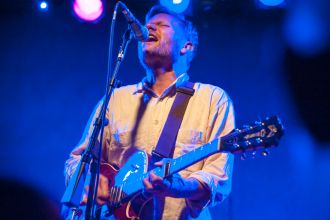 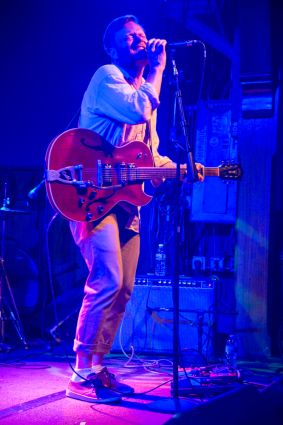 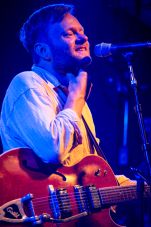 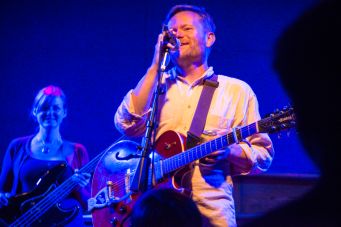 Setlist:
The Road Is Long
A Duration of Starts and Lines That Form Code
Noni’s Got a Taste for the Bright Red Air Jordans
Needle in the Sun
Hornet’s Fury Into the Bandit’s Mouth
Deserter’s Song
?
Three Men Drown in the River
Latex Ice Age
Idle Songs
Claxxon’s Lament
Don’t Give Up On Your Dreams
Solo Encore:
Two Girls (new song)
In a Hut (new song)
Bushels