“This is that place that used to be called one thing, but now it’s named after some corporation,” commented Soundgarden leader Chris Cornell, referring to Verizon Wireless Amphitheater, formerly Irvine Meadows. “But this is Orange County. Good evening, Orange County. We’re excited to be here.”

This was more than Nine Inch Nails frontman Trent Reznor would say all evening, but his goodbye wave before disappearing behind a moving wall of LED lighting after wowing the near-capacity crowd said just as much. At this point in their respective careers, both Reznor and Cornell appreciate the love more than ever, and there was plenty of love given by the crowd, which spanned all ages, almost equally male and female. 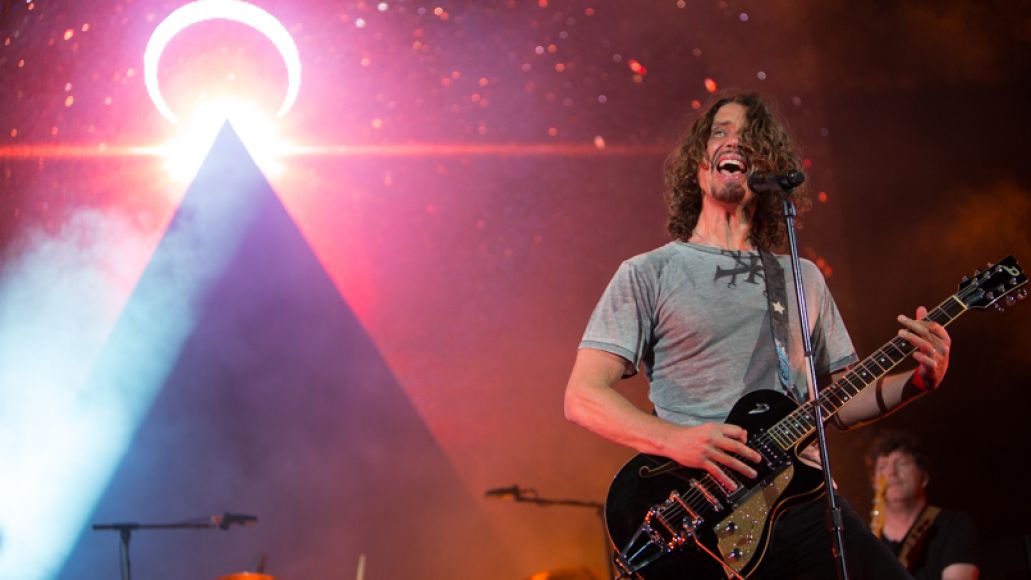 A slightly smaller sampling size than you would get from either group had they been headlining on their own (Soundgarden for 75 minutes, Nine Inch Nails for 80) proved to be effective, ridding each set of any filler or wasted space. In fact, from both bands, only one song fell flat the entire night, Soundgarden’s staple “Black Hole Sun”, which suffered from an absent Matt Cameron (presumably fulfilling Pearl Jam obligations). Though Matt Chamberlain (also Pearl Jam, a billion sessions with every artist ever) filled in exceptionally on drums throughout the set (including a clinic on “Jesus Christ Pose”), the lack of backing vocals on the song saw Cornell get lost both in key and in over-ambition.

Elsewhere, though, Soundgarden were on fire. The slow burn of opener “Searching with My Good Eye Closed” saw the pot not just boil but explode with Ben Shepherd going from 0-60 instantaneously, spinning in circles like a madman while guitarist Kim Thayil stood completely still, composed, his trademark stoicism balancing Cornell’s wails and Shepherd’s spontaneous emotional releases. Other highlights included a revelation in the greatness that is Superunknown deep cut “My Wave” and Cornell, ageless in appearance, showing his voice has also been little affected by the years with a soaring “The Day I Tried to Live”. 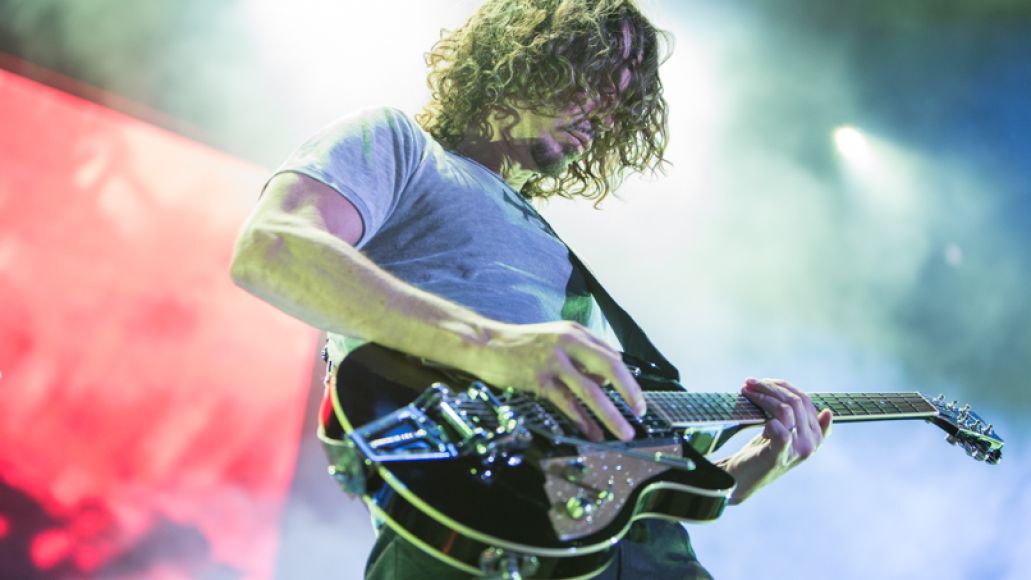 The difference between Soundgarden and Nine Inch Nails is a sense of humor. While Cornell giddily waved to the crowd and joked about his self-designed shirt representing something similar to what Affliction would make, Reznor rarely even opened his eyes, focused more on precision and the weighty emotional content of his songs.

This was the first visit for NIN to LA/OC (not counting the Grammys) since the death of Andrew Youseff, concert photographer, noted superfan, and dear friend to most of the media in attendance, and that fact lingered over the set. I can’t lie and say it didn’t make the show bittersweet on a personal level, but seeing Trent in top form was at least a fitting backdrop to remember my friend.

Highlights included a mid-set series of “March of the Pigs”, “Reptile”, and “Closer” that was transcendental, the last of which saw the appearance of the mobile LED screens, which Reznor stood behind being videotaped so his face appeared on them as a digital entity. It was pretty fucking awesome, lasting only a minute before they went all Megatron and shifted positions throughout the song. 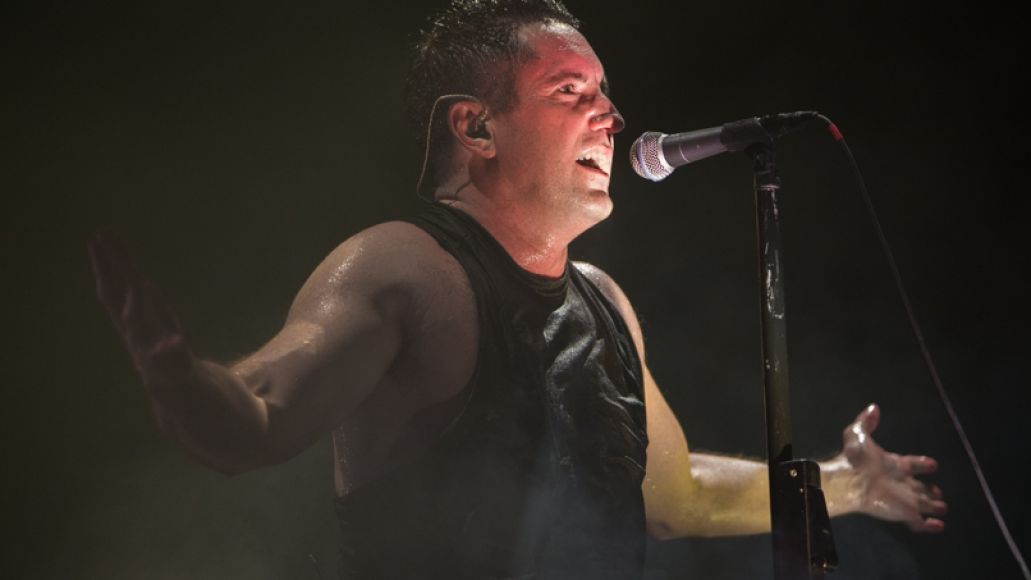 After that, Reznor and co. provided entertainment for the devoted, going deeper into the catalog than the casual fan would appreciate, highlighted by a weighty, nuanced “Find My Way”. It wasn’t until an inspired “Wish” that the whole of the crowd came back together in excitement, just in time for a hit parade of “Only”, “The Hand That Feeds”, “Head Like a Hole”, and encore “Hurt”. It was a crowd-pleasing end from a band that keeps its crowd-pleasing subtle, never pandering to the audience, but doing things their own way because they know that is what will please their audience. They were right.

In an opening role, playing to a mostly empty amphitheater, Cold Cave still ruled for their 25 minutes, with main man Wesley Eisold whipping his hair through openers “Love Comes Close” and “Icons of Summer”, which had to win over at least a few new fans, hopefully making the endeavor a successful one. I bought a t-shirt. Cold Cave forever. 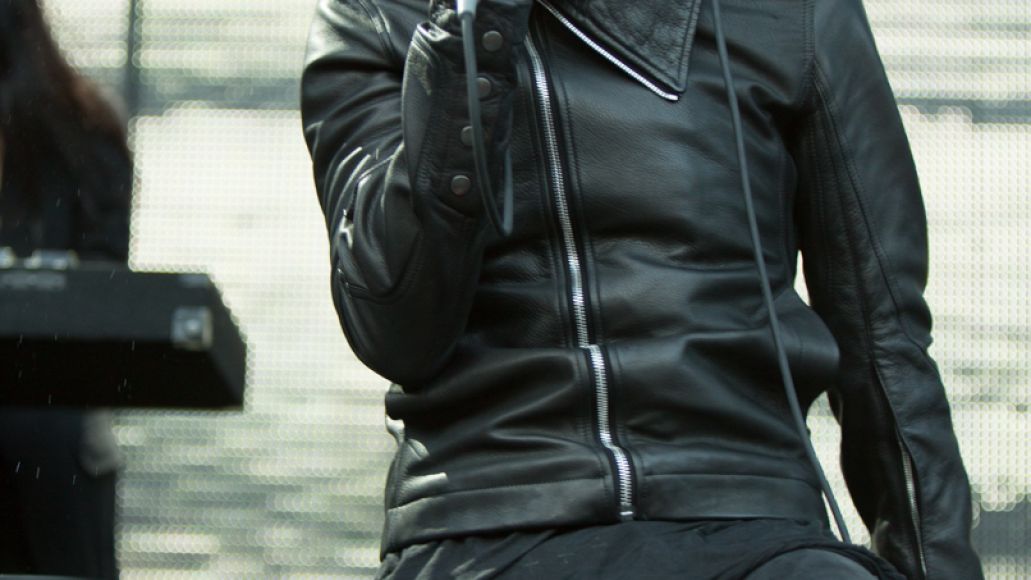 Soundgarden Setlist:
Searching with My Good Eye Closed
Spoonman
Gun
Outshined
Jesus Christ Pose
Black Hole Sun
The Day I Tried to Live
My Wave
Blow Up the Outside World
Fell on Black Days
A Thousand Days Before
Rusty Cage
Beyond the Wheel

Nine Inch Nails Setlist:
Copy of A
Sanctified
Came Back Haunted
1,000,000
March of the Pigs
Reptile
Closer
Gave Up
Disappointed
Find My Way
The Great Destroyer
Eraser
Wish
Only
The Hand That Feeds
Head Like a Hole
Encore:
Hurt 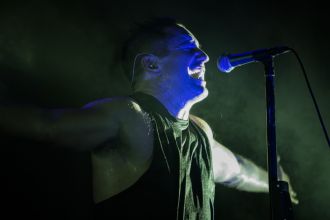 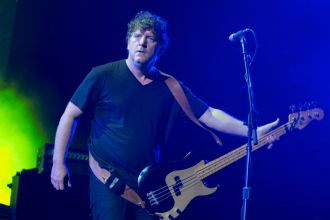 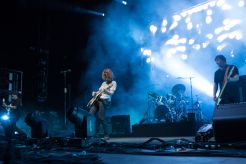 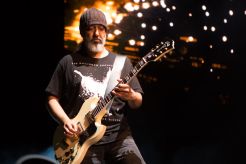 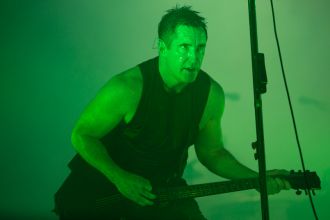 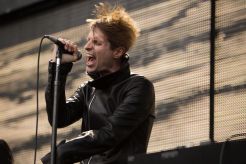 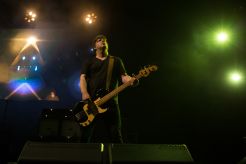 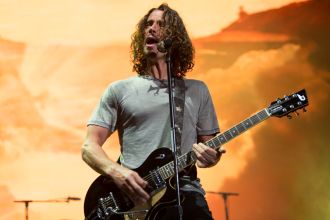 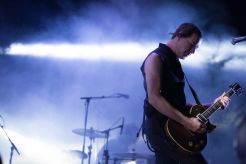 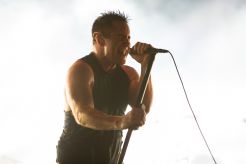 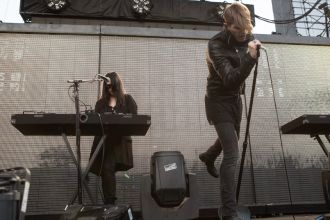 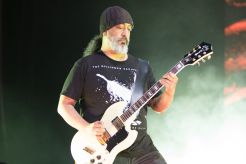 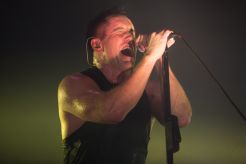 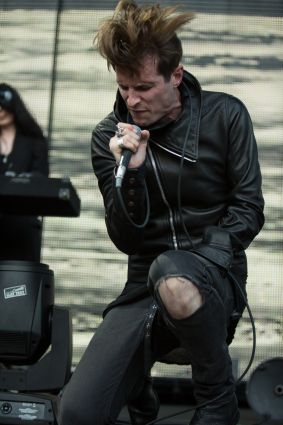 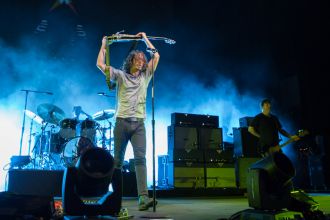 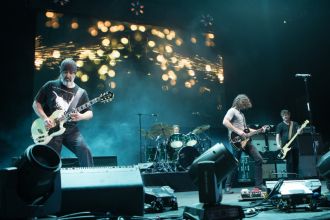 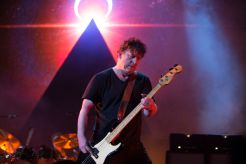 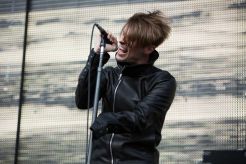