Sometimes it’s a quick impulse to think of The New Pornographers as a sort of indie rock version of the Cerberus — but, to be sure, a fun cartoon version, A.C. Newman, Neko Case, and Dan Bejar’s heads all branching off of the same rambunctious body. But that’s an impulse fueled by the fact that each of those three has delivered sterling solo material since the band’s 2000 debut, Mass Romantic, and that contributors Kathryn Calder, John Collins, Kurt Dahle, Todd Fancey, and Blaine Thurier are all artistic forces outside of their work with the Pornographers. True, Newman’s brainy pop, Case’s resonant warmth and introspective lyrics, and Bejar’s twitchy eccentricity are far more immediately recognizable (especially in retrospect), but this was a group effort from the very start.

And that is what sets The New Pornographers apart from the other bands we’d consider to be supergroups in recent years. Fourteen years into their tenure, and the recently released Brill Bruisers finds the entire outfit still all together and sounding as vibrant, fresh, and unified as ever. Whether you’re the person who came to the New Pornographers through a solo album or the other way around, the band proved to be a thrilling hub of the indie world, particularly in the ’00s, in which either a Pornographers album or a band member’s solo album seemed ready to win over the world with its own particular brand of charm.

Now six records into their joint tenure, and showing no signs of slowing down, the New Pornographers have superseded both the impulse to reduce them down to the concept of a collaboration of a couple of songwriters and of a supergroup. They’re just a band who happen to have other things on their plate when they’re not working together. Here’s to hoping that continues to be the case for a long while.

Together is a fitting title for The New Pornographers’ fifth album, which, upon release, felt like a reminder to fans that they were still a rock band through and through. With the exception of a few tracks, it all but leaves behind the zany, late-Beatles influences of previous record Challengers for something more direct and straightforward, evidenced on tracks like the Thin Lizzy-cribbing “Your Hands (Together)” and the near-Belle & Sebastian pastiche of “If You Can’t See Mirrors”.

Things peak on the gorgeous Neko Case song “My Shepherd”, which features some nifty guitar work from St. Vincent’s Annie Clark, but overall, Together is too safe. If Challengers was the sound of The New Pornographers loosening up, then this is the exact opposite: a push towards something more generic and simplistic. It’s not a bad record, but when you have such lively, creative, idiosyncratic personalities as Dan Bejar, Neko Case, and A.C. Newman playing for your team, there’s no reason to try and be this normal. –Dean Essner

Challengers, with its tongue-in-cheek, “macho man” cover, isn’t the best New Pornographers album by any means. In fact, it’s probably their most twee and their least profound, featuring a relaxed, self-assured vibe on goofier songs such as the flute-laden, Sgt. Pepper’s-leaning “All the Things That Go to Make Heaven and Earth”.

The album’s most redeeming and memorable track, though, comes not from A.C. Newman, but from Dan Bejar on “Myriad Harbour”, a hilariously sad ode to the everyday ennui of city life. In fact, it may be as good as anything The New Pornographers or Bejar (as Destroyer) himself has ever written. “Stranded at Bleeker and Broadway/ Looking for something to do,” he whines, like someone struggling to find solace and excitement in New York’s bustling metropolis. It’s an urgent song about boredom, the only real time on the otherwise uneven Challengers where the band manages to both let their hair down and say something poignant at the same time. –Dean Essner 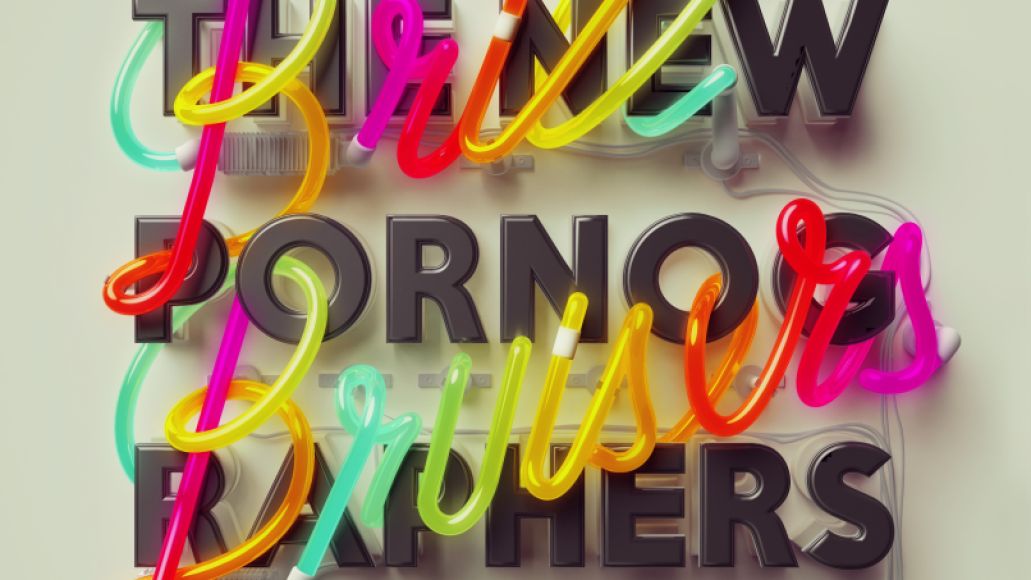 After their last two albums couldn’t quite meet the unrealistically high standards that the group set for themselves so early on, there was reason to doubt that they could match those heights again. As Newman, Case, and Bejar had each grown in prominence since those early days, maybe there was just too little left in the tank for when they were together. The strong Brill Bruisers eagerly disproves that theory, opening with a title track punch the Challengers cover’s mustache man only seemed poised for. Later, “Born with a Sound” finds Bejar delivering his own highlight, a crunchier pop version of his recent Destroyer work, rough-edged guitars and guest vocalist Amber Webber’s responses coming organically to his manic runs of semi-surreal philosophy. And while Newman still stands as a de facto leader, the voices blend into one on the epic pop here as well as they have since their debut. —Adam Kivel

Though not necessarily engineered as a supergroup, 14 years later, the Pornos struck out boldly with so many unique, strong voices, right from the start. There really weren’t many other albums like it, so many distinct and brilliant voices producing content under a single banner, so many ideas and sounds jammed together. It was the sound of a bunch of indie brains cramming together in a telephone booth. While later albums would go on to feature a couple of writing contributions from Case and Bejar, here the trio all clearly wrote the sublime indie power pop together. Three voices spin around Bejar and Case’s “Jackie”, and “To Wild Homes” (credited to all three writers) is a cheery, cheeky exercise that rips from voice to voice. The energy, enthusiasm, and wily pop smarts on display meld the various talents of the outfit so well, an impressive volley into the spotlight. –Adam Kivel 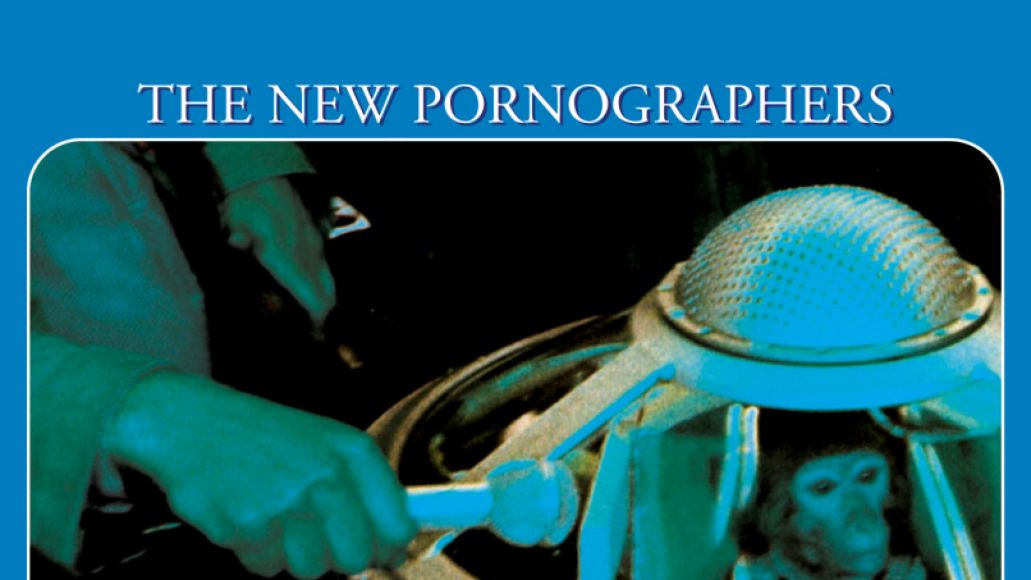 If Mass Romantic was the bold, lovable step onto the stage, Electric Version was the proof that they could hold the mercurial chemistry beyond a single flukey album, that they weren’t just genius songwriters who sat down for a week to see what would happen but rather a full-fledged band. While it’s true that A.C. Newman takes a step to the front of the group, it only reveals a more streamlined version of the Pornographers’ sound, one that allows for more subtlety and less gleeful whiz kid layering. The opening title track again stands out, a delicious hook bouncing its way into a place in the conversation for the band’s best songs. On “Chump Change”, Newman wrangles Bejar into the kind of power pop structure Bejar was either ignoring or dissecting with Destroyer at the time, and the results are stellar. Though not as infectious or flawless as the following LP, Electric Version cemented Newman’s place and The New Pornographers as a complete unit in the ’00s indie pantheon. —Adam Kivel

A.C. Newman sure as hell understands the importance of an opening statement, and no New Pornographers song better sets the tone for the rest of its album than the title track to Twin Cinema. “Twin Cinema”, like “The Electric Version”, is power pop heaven, all garage rock drums and pummeling bass fuzz. “Double feature/ Soft and harder/ Wait in silence/ While planning your attack,” Newman sings, like a zonked-out conspiracy theorist who has been reading way too much Pauline Kael.

Luckily, the rest of Twin Cinema manages to be as strong as its title track, buoyed specifically by the heavy piano stomp of “Use It”, the wistful balladry in “Streets of Fire”, and, especially, “Sing Me Spanish Techno”, which could pass for an outtake on Wilco’s Summerteeth with its clash of sunny, uptempo melodies and starkly unhappy lyrics. But mostly, Twin Cinema sounds just like the New Pornographers, making it a great, distinct access point into the band’s catalog for new listeners and the quintessential example of excellence for longtime fans. –Dean Essner

Ranking: The New Pornographers from Worst to Best