Lollapalooza has descended upon us! This weekend, Chicago’s Grant Park will once again play host to hundreds of acts and thousands upon thousands of ravenous festivalgoers. For 72 hours, the festival’s brave souls will walk back and forth across the park to see their favorite acts unpack their favorite songs. It’s a beast of a time and only the strongest survive.

Is this your first time attending? Don’t worry. You’ll have a blast, you’ll take dozens of selfies, and maybe (depending on your food allergies) even down a couple of lobster dogs. What the hell is a “lobster dog,” you say? Eh, maybe it’s about time you learn the A-Zs of Lollapalooza. We understand that there’s little room for schooling in the summer, but please allow this one valuable tutorial.

Remember how much fun Ferris Bueller, Cameron Frye, and Sloane Peterson had at the museum? Well, you’re in luck, travelers: That same museum — ahem, the Art Institute of Chicago — is located inside Grant Park. So, if you need some respite from the sun and noise, you could take an extended break and check out the second largest art museum in the United States. There’s so much to see: Vincent van Gogh, Winslow Homer, Pablo Picasso, Grant Wood, Claude Monet, and the list goes on. Hell, the architecture alone is a sight to behold. Now, it’s only open until 5:00 p.m. each day, and tickets vary, but trust me, it’s worth a visit. The late John Hughes once called it his “place of refuge”; make it yours, too. –Michael Roffman

Located right in the middle of Grant Park, Buckingham Fountain is among Chicago’s most instantly recognizable landmarks. It contains more than 1,500,000 gallons of water and has jets that spray over 150 feet into the air, making it one of the largest and most impressive fountains in the world. Be sure to stop by as you’re leaving the festival and catch the nightly light show. (You’ll also be able to catch some of the mist, which feels ridiculously good after baking in the August sun all day.) –Bryn Rich 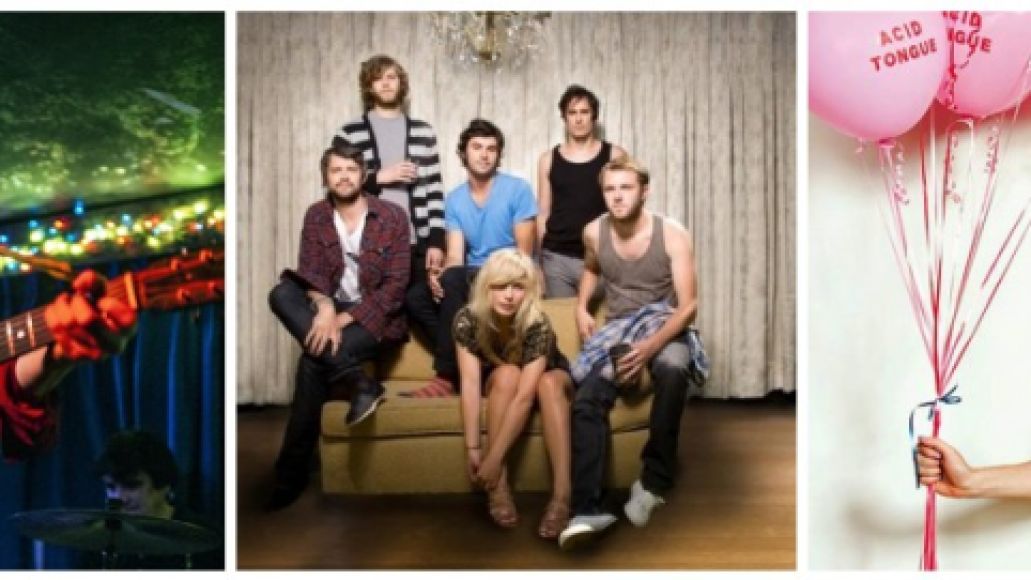 Conflicts are the nature of any music festival, but Lollapalooza is unique with its two main stages a mile apart. That means there’s a mile between Phosphorescent and Kate Nash, Interpol and Portugal. The Man, Lorde and Broken Bells. And let’s not forget the four acts playing during any headlining spot. But hey, too many options is a pretty good problem to have — happy choosing! Or, allow us to help. –Ben Kaye 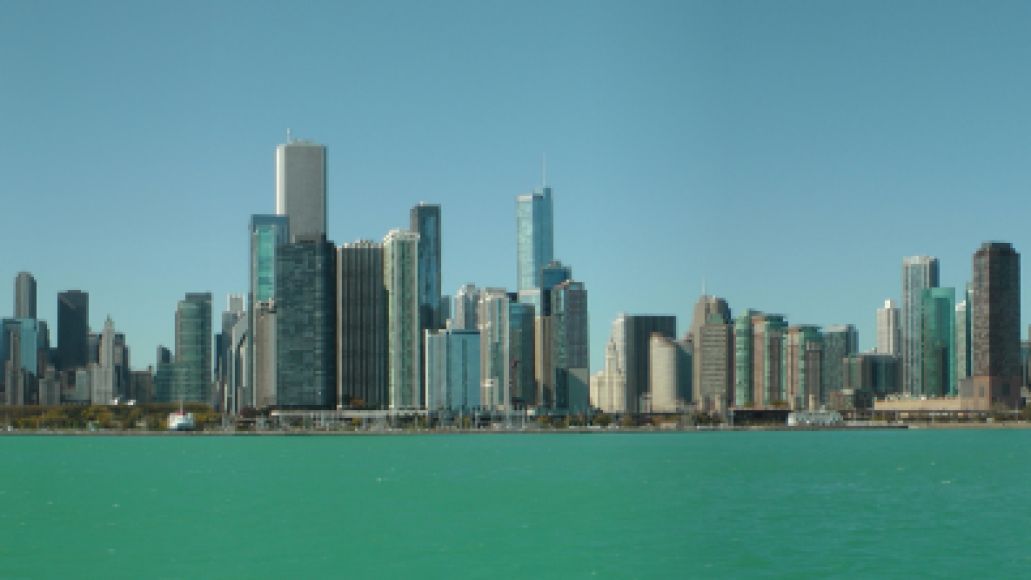 The poet Nelson Algren compared his infatuation with the Windy City to “[L]oving a woman with a broken nose; you may well find lovelier lovelies, but never a lovely so real.” Chicago’s downtown has undergone a few corrective surgeries and facelifts since Algren’s days, but its indomitable spirit, magnificent skyline, and rich history still make it a city like no other. It’s also a hell of a place to catch a live performance by your favorite band, or several dozen of them. –Dan Pfleegor 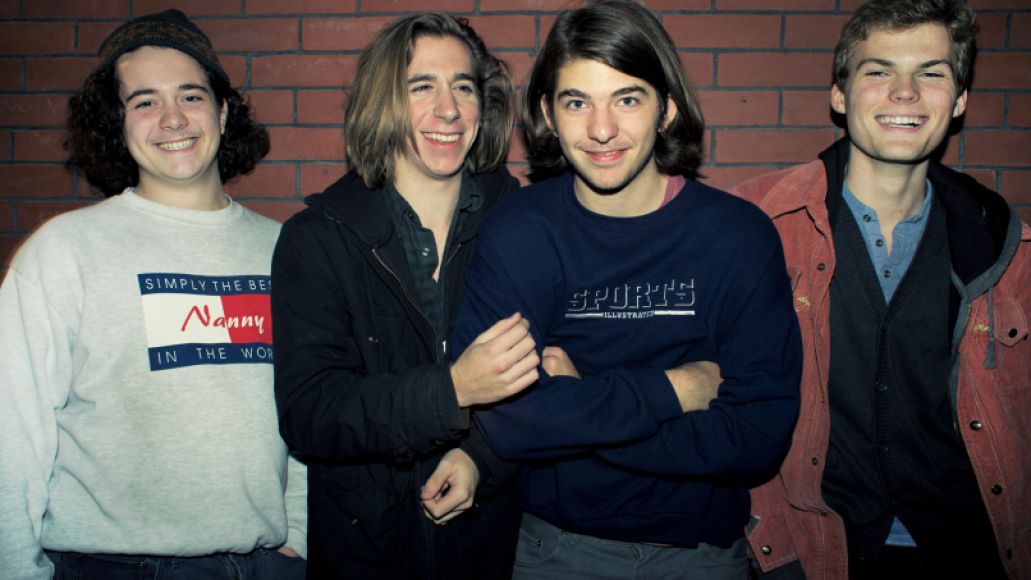 The fates will align against you: you’re getting into town or trying to leave work Friday afternoon; Saturday you’re meeting friends for brunch, but they’re running late; your alarm goes off Sunday, but your knees ache and your head swims. Next thing you know you’re rolling up to Lolla at 4:00 p.m. or even later and just barely catching bands you already love (and you’ve probably already seen). What you’re missing is the true value of a festival like Lolla: The diverse array of smaller and up-and-coming bands playing early slots. Do whatever you can — even if you go alone and meet friends later — and check out a couple where the buzz is just right. Not only do you experience some great shows up close and personal (for a festival), but you’re likely to discover a new favorite (and future headliner) that you can brag about seeing way back when. –Kris Lenz 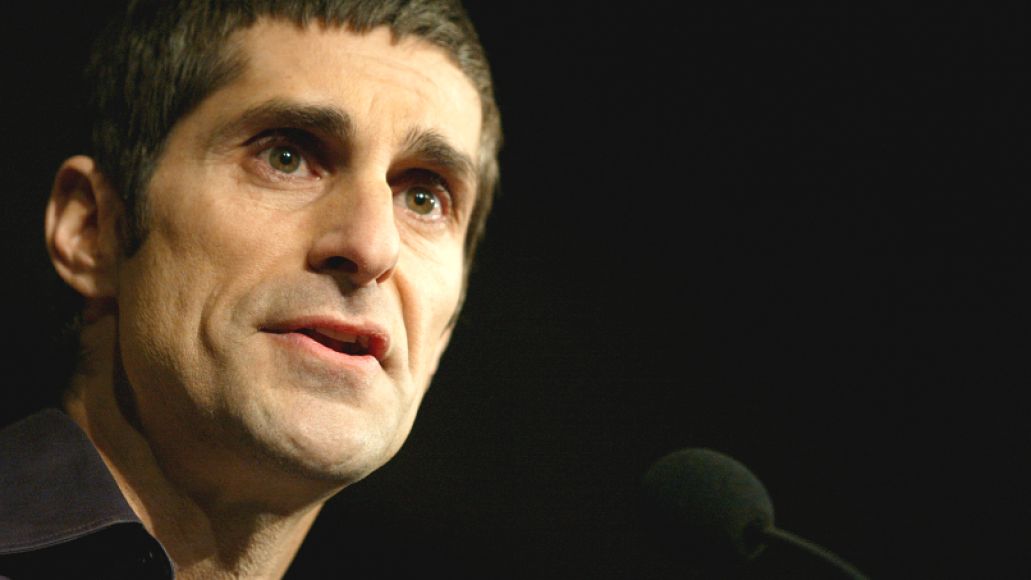 Early alt-rock pioneer Perry Farrell is the man credited with inventing Lollapalooza in 1991. Assisted by Ted Gardener and Marc Geiger, Farrell conceived the festival as a farewell tour for the band he fronted, Jane’s Addiction. The band’s first Lolla show was climaxed by a fight between Farrell and guitarist Dave Navarro, which led to the band walking offstage and then returning for an encore that included more fighting and Navarro throwing his guitar into the crowd. Despite all this, the tour continued and Farrell’s outfit played around 25 more Lollapalooza shows until splitting. –Tony Hardy 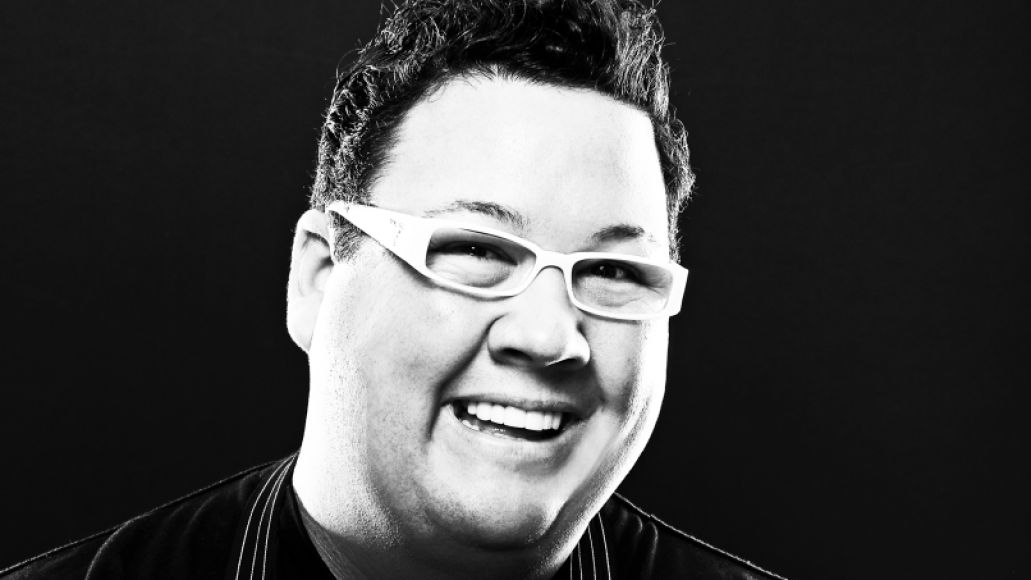 While Perry Farrell may be the mastermind behind Lollapalooza, there’s no denying that local chef/eccentric/music fan Graham Elliot has played an important part in making Chicagopalooza what it is today. By curating the festival’s Chow Town and introducing can’t-miss items like the lobster corn dog and truffle oil popcorn, he ensured that Lolla fans wouldn’t have to settle for heat lamp burgers and hot dogs on rollers. In addition to the always-delicious Graham Elliot originals, this year’s food lineup features local favorites like Cheesie’s, Dia de los Tamales, and Wow Bao. –Bryn Rich 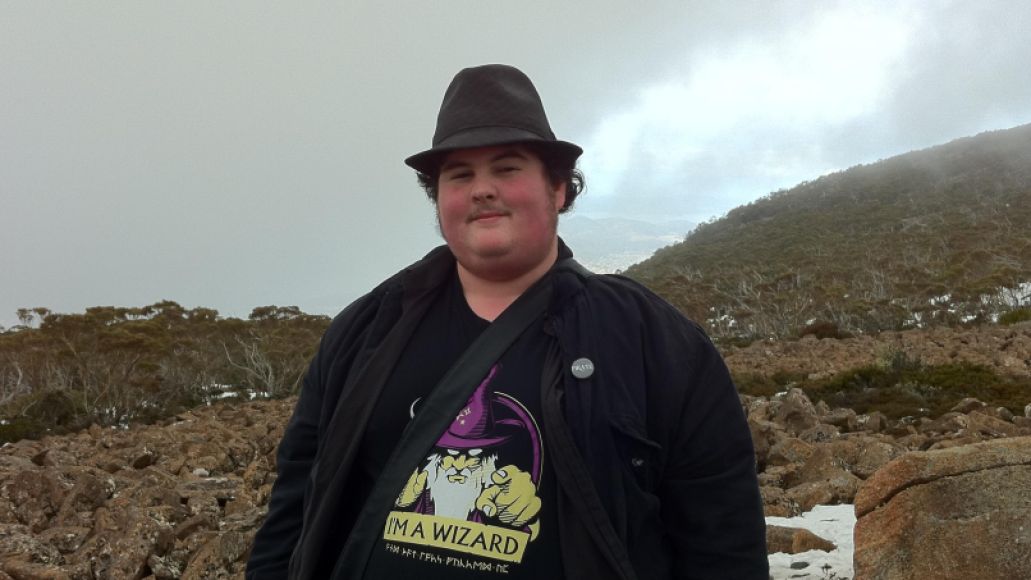 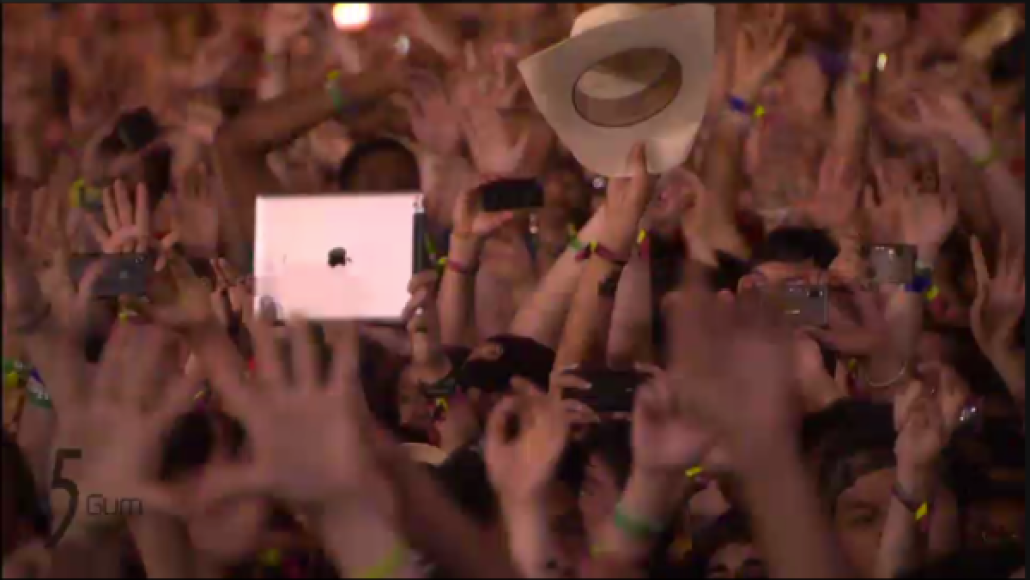 Stop bringing your iPad to shows. While we’re readily aware that the resolution is probably better than that of a normal camera, you look like one of two things depending on who’s doing the looking: Either you look inconsiderate as hell for obscuring the view of the people behind you so you can have the first YouTube video of Outkast’s nth tour performance of “Hey Ya!” this year, or you look like a philosopher’s nightmare, watching the show through a lens instead of actually just watching and enjoying the show. And please, don’t take requests to put it away as a time to start reciting the specifications. Please. –Dominick Mayer 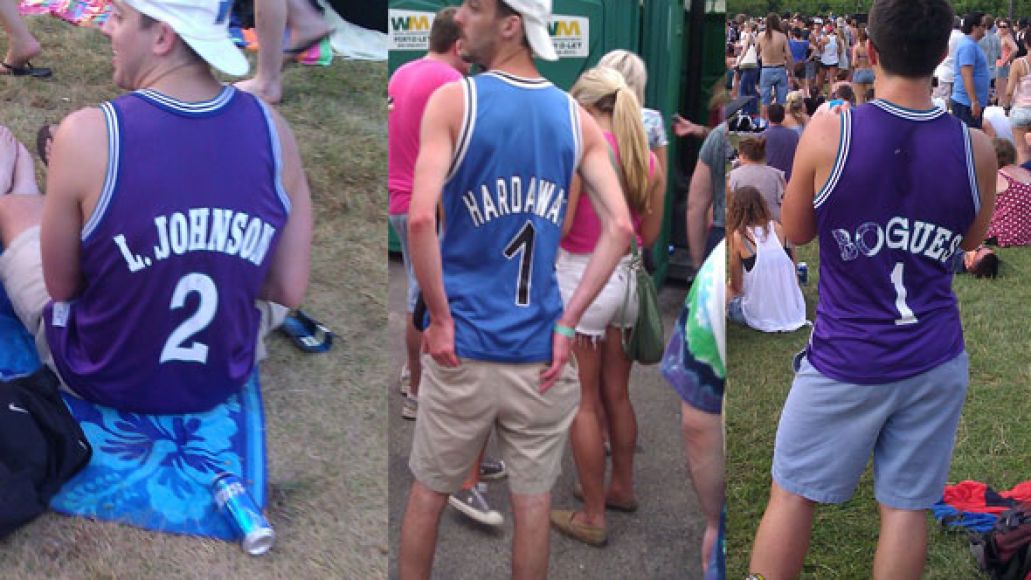 I don’t know what it is about Lollapalooza, but every year there seem to be more and more dudes wearing retro basketball jerseys. Every retired player from Shawn Kemp, Michael Jordan, and Michael Jordan in Space Jam to John Stockton and Tracy McGrady is represented. Deadspin caught this in 2010, dubbing it the pernicious rise of “Hoopsters,” but four years later this completely harmless trend hasn’t died. With the World Cup in our rearview, I’m willing to bet the “Hoopsters” will be partially replaced by soccer bros. Expect the guy in a Dempsey kit to start random “USA” chants before Lorde’s set. –Josh Terry 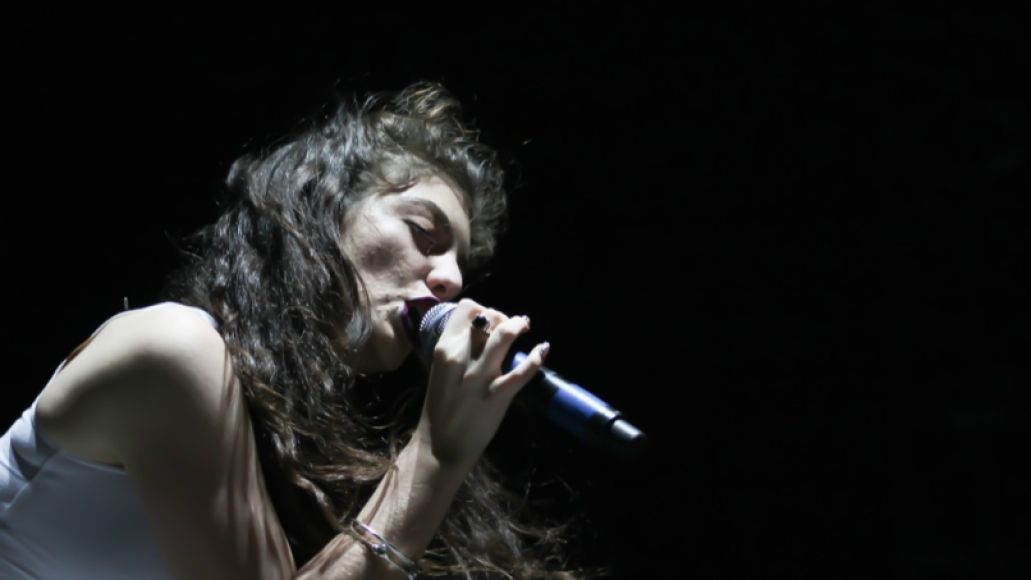 Lorde is more than just a mega-talented teen pop sensation. Lorde is the personification of teen ennui, a wearable persona, the mainstream-alternative trend du jour. Her music, style, and aura have been heralded as “post-millennial,” whatever that means, but during the star born Ella Yelich-O’Connor’s sure-to-be-packed Friday night set, her impact will be reflected in the crowd: White teeth teens mouthing the song of the same name, craving the “different kind of buzz” that their Royal exudes. –Leah Pickett 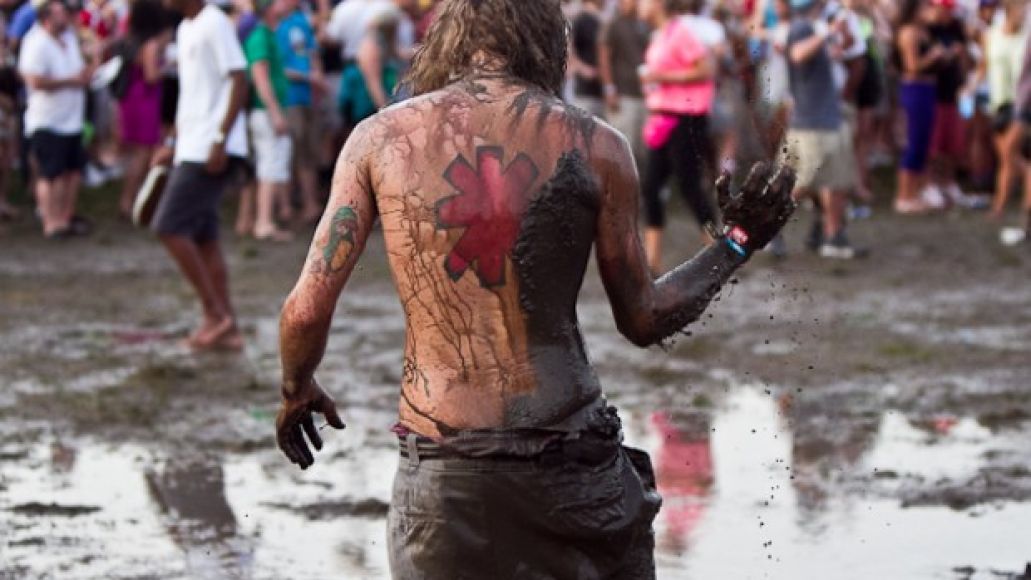 Mud is as much a festival staple as the heat wave. For all those who step gingerly through it as they navigate to the next show, there are those who like nothing better than a good wallow. Lolla 2011 seems to have set a high bar for mass participation in (mostly) friendly mud fighting. One dude felt it necessary to post no less than 14 such bouts on YouTube. Next year the mud even made fashion magazine Marie Claire. Its reporters cited the Saturday afternoon mega-storm that caused a two-hour evacuation and gave rise to huge mud puddles, which the fashionistas duly danced, slid, and swam their way through, declaring mud the new black. –Tony Hardy


Read the rest over at Lollapalooza.com!

The A-Zs of Lollapalooza