“Anaconda”, Nicki Minaj’s new booty-rap single, is everywhere, and between the Sir Mix-a-Lot interpolations, the single’s cover, and the anticipation for the upcoming video, it’s a thoroughly viral phenomenon. It’s not exactly a grower in the sense that there’s a lot of subtlety (or in any other sense, for that matter); instead, everything is as overt as can be.

Obviously, not all songs have to be like “Anaconda” to catch our ears. Pop hooks and rap punchlines are great, but the likes of artful ballads and prog metal journeying require more time to be absorbed. Mr Twin Sister and Opeth fill such roles this week, and with new ones from Sophie, Cayetana, and Black Milk, the following list spans songs that kick you in the stomach right away all the way to tracks you (and we) may still be parsing in November. 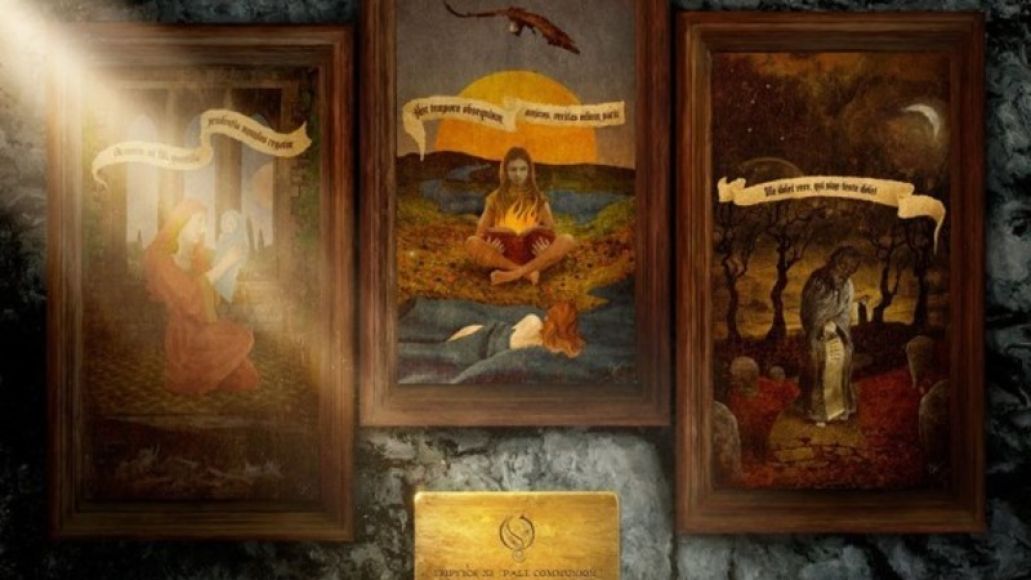 Opeth dabbled in prog rock on 2011’s Heritage and pissed off a lot of their hardcore fans. The growls were gone, and the songs took on a calm fluidity more Pink Floyd than metal. The upcoming Pale Communion offers no respite for those looking for the old Opeth, though the band commands the prog style with more confidence and tact this time around. Lead cut “Eternal Rains Will Come” moves back and forth between a percussion-heavy jam (jazzy in the way the drums dictate the tempos and chord changes) and slower verse, featuring Mikael Åkerfeldt’s clean(est) vocals. Whereas Heritage could meander and bore, this song’s gradual buildup offers surprises and comes to a satisfying conclusion. Pale Communion drops August 26th via Roadrunner. –-Jon Hadusek 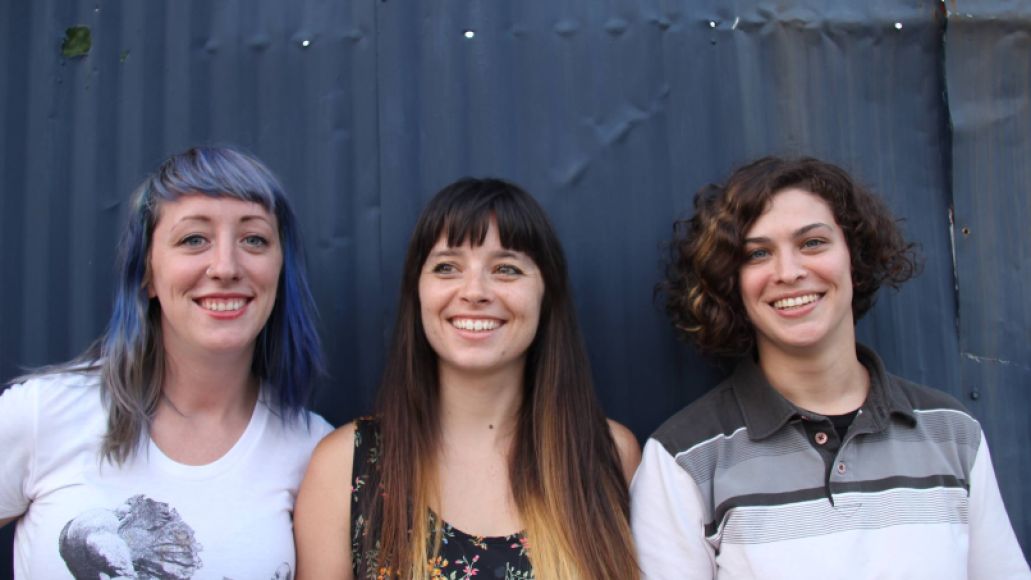 Have a dream … just pursue it! Before joining forces in Philly less than three full years ago, none of the members of Cayetana had even dabbled with an instrument. The trio’s newest single, “Scott Get the Van, I’m Moving”, embodies that jovial experimentation. We don’t know why Augusta Koch must be departing so urgently, but her impassioned vocals should spark a drive in all that hear her plea. On the fourth single from the forthcoming Nervous Like Me LP, out September 9th via Tiny Engines, the band is making a push to the top of the re-energized pop punk ranks. –Derek Staples 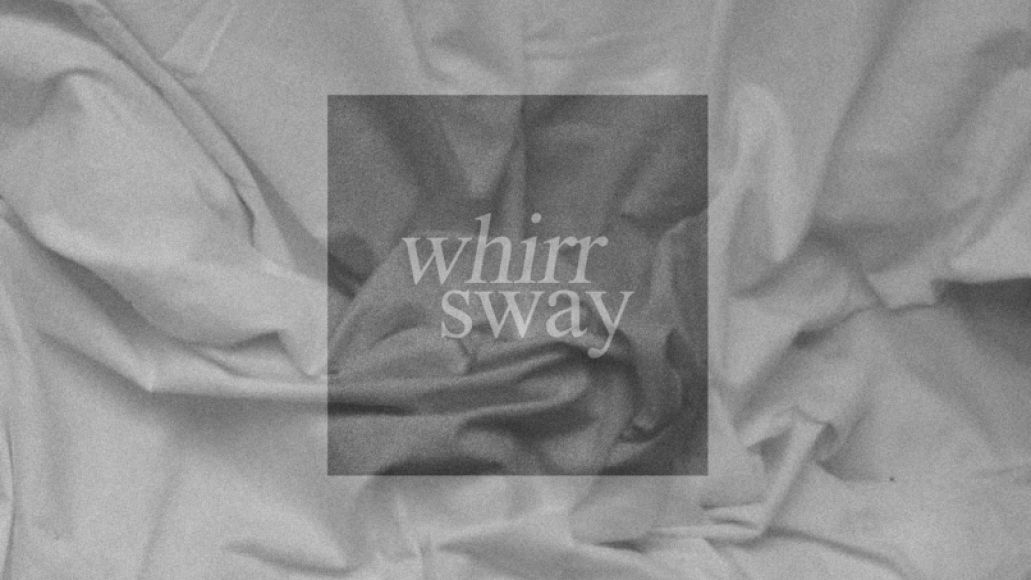 Bay Area shoegazers Whirr, along with bands like Philly’s Nothing (which, no coincidence, the two bands share membership of former Deafheaven member Nick Bassett), follow in the footsteps of Hum and Deftones. Massive, metallic chords are put through fuzz pedals, tremolo, and delay, creating a bed for blissful melodies. Whirr’s aptly titled new single, “Heavy”, epitomizes the sound: One could headbang to it or slip into a dream. The bass is mixed loud, the vocals muted, but all this works in tandem with the mess of swirling guitars. The band’s new album, Sway, drops September 23rd via Graveface Records. –Jon Hadusek 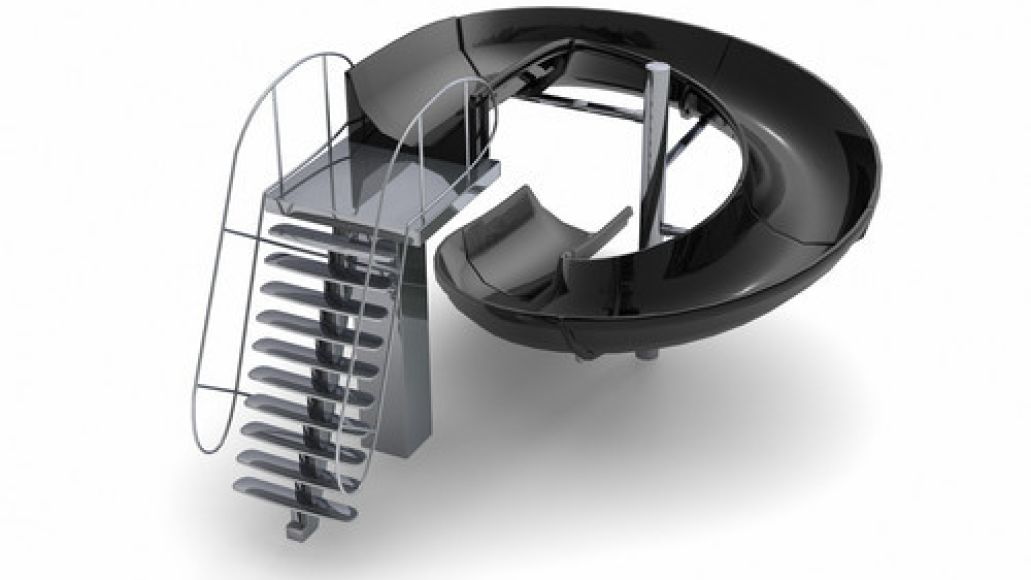 Mixing breakcore, R&B, neon bass, and the intermittent progressive house melody, UK producer Sophie has come onto the scene hard (as this track suggests) since the latter portion of 2013. Concurrently beautiful and grotesque, Sophie is challenging the idea of noise and dismantling the barriers between club music’s often rigid subgenres. The future of electronic music is wide open, and Sophie has introduced producers everywhere to a new path with these beats. –Derek Staples 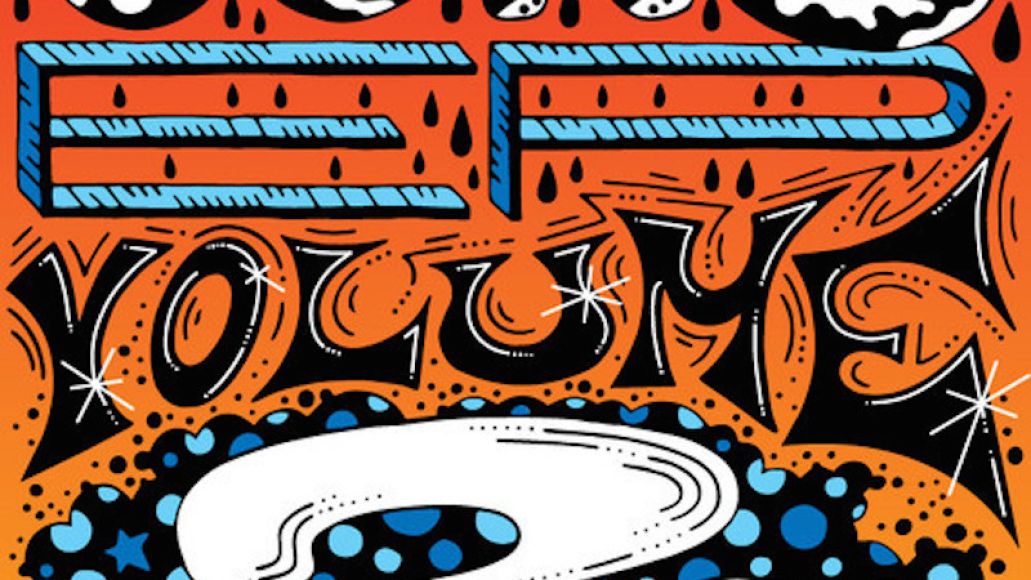 Black Milk, the workmanlike Detroit rapper and producer, doesn’t share production credits often, but his work with Toronto jazz trio BadBadNotGood seems predestined. The preternaturally talented Black was producing for Slum Village as a teenager (he’s now 30), while BBNG are the product of a music school education that opened their minds to both jazz and J Dilla. But it’s not entirely obvious that live musicians recorded “Now or Never”. Black’s positively turbulent flow and money-minded determination deserve a rock-solid rap beat, not one that leaves room for human error. Fortunately, BBNG (Matthew Tavares on keys, Chester Hansen on bass, and Alexander Sowinski on drums) are as tight a band as they come, with their instrumentation here being an eerily melodic take on loop-based street rap. “Time to get it, now or never,” Black professes. And just like that: “We gone.” This one comes from Converse’s Cons Vol. 2; Black Milk’s next album, If There’s a Hell Below, is out October 28 via Computer Ugly. –Michael Madden 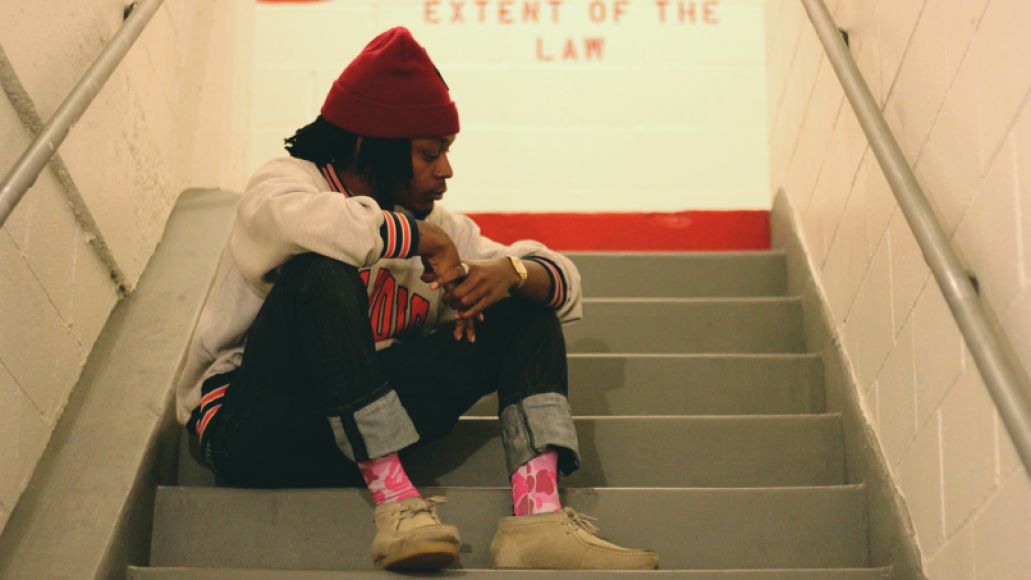 Chicago rapper Brian Fresco, 19, is cliqued-up with Chance the Rapper, Vic Mensa, and the rest of Save Money, the rare rap crew who are both smiley and dogmatic in their intolerance for unoriginality. Not one Chicago rapper, though, is immune to the tenets of the city’s reliably armed youngsters, so Fresco’s opening lines and eventual threats (respectively, “I be spazzin’ out” and “I keep them toys for them boys, call me Fisher-Price”) serve to highlight both his sense of humor and his tough side. The song’s guest and producer, Tree, for his part, eschews his “soultrap” sound for something more energetic. In turn, he indulges in the occasional easy line: “D-Rose, we ballin’.” Still, just as that bouncy Chicago Bulls point guard is playing for Team USA this summer after severe knee trouble, Fresco and Tree both sound hyped to seize the moment. Fresco and Tree will release their collaborative EP, SoulMoney, sometime in the (hopefully) near future. –Michael Madden 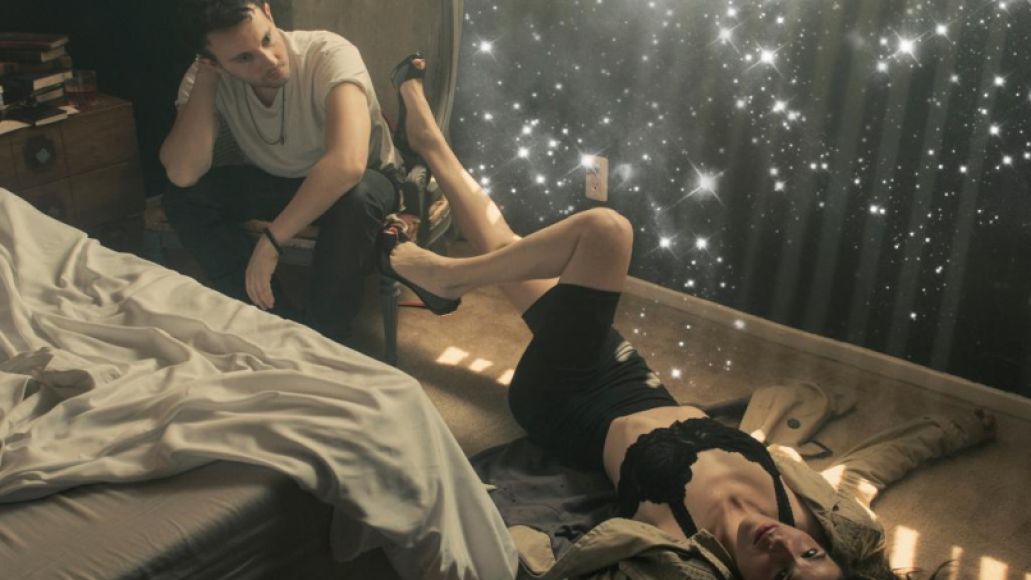 “Luxury” is only Pr0files’ second appearance on the scene, but singer Lauren Pardini and producer Danny Sternbaum aren’t exactly newcomers; she’s written with DJ Khalil and he’s opened for Metric and Miike Snow as half of duo Baby Monster. Here, Pardini and Sternbaum channel those collaborators’ dance sensibilities and more. The synth riffs hardly switch up, and there’s a steady base to the song either despite or because of that. Meanwhile, Pardini’s voice is a thing of crystalline beauty, naturally soaring and digitally crystallized at the right moments. Pr0files’ Luxury EP is out September 16th via Straight A. –Michael Madden 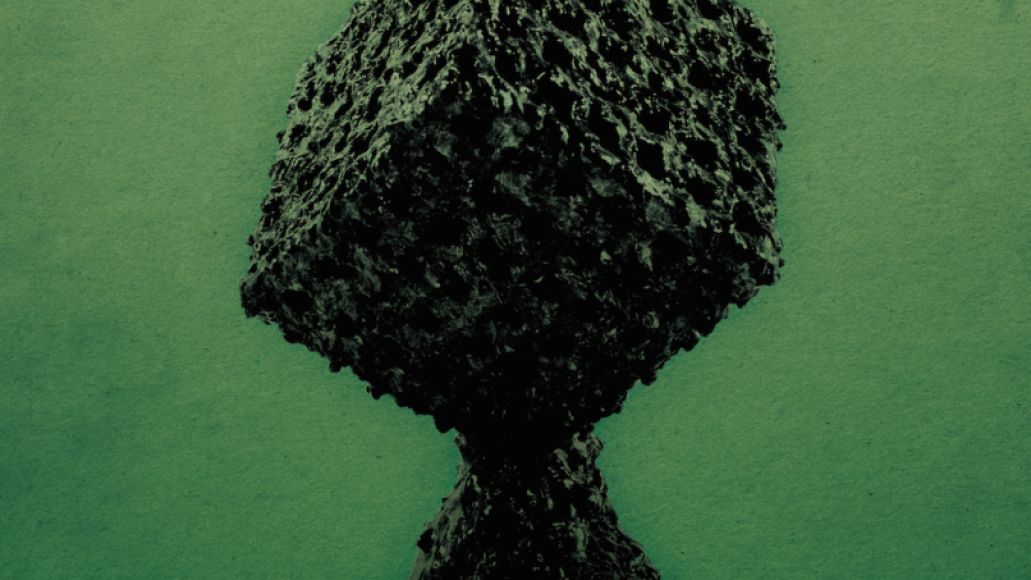 On their new album, After the End (out August 26th via 4AD), Merchandise are going all out with their love for gloomy, melodic, synthesizer-heavy alt rock. Completely ditching their Tampa hardcore roots, the band is positioning themselves as an ’80s-inspired pop act, continuing their trajectory excellently with new single “Green Lady”. Backed by arena-filling production values, here, lead singer Carson Cox’s Morrissey-like croon evokes clear-eyed romanticism with kiss-off lines like “I’m through with begging for approval/ Now I’m asking to be free.” With guitars that boom and choruses that wistfully linger, After the End proves that even though Merchandise can’t be called a punk band anymore, the new musical hat they bought straight out of 1989 fits just fine. –Josh Terry 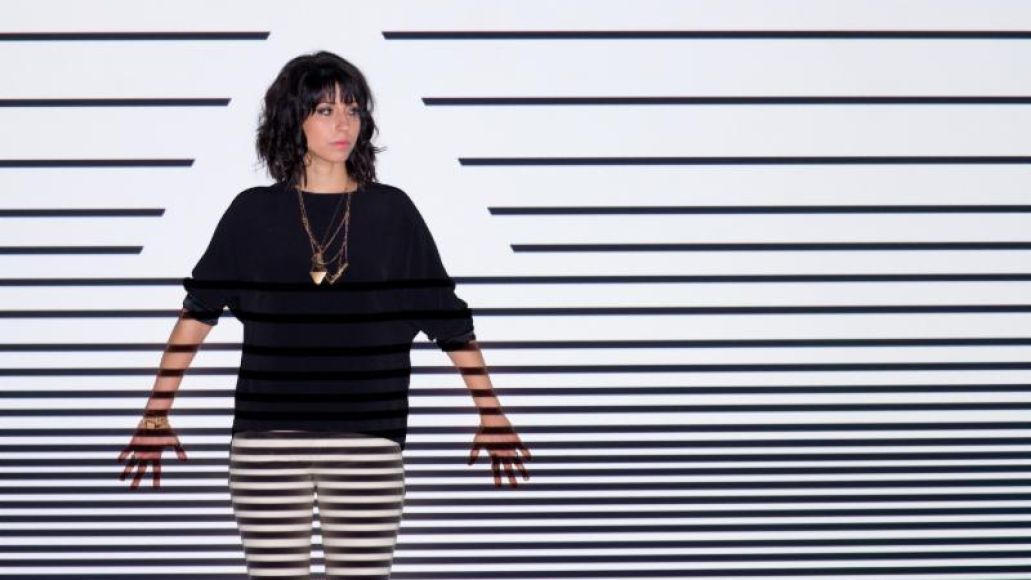 Close your eyes and just let the airy vocals of Jessica Dobson and bass line of Garrett Gue whisk you away into the weekend. When Dobson eventually fades into the back of the track, it’s the syncopation of drummer Peter Mansen (Dobson’s husband) that adds further buoyancy to the single’s closing sci-fi undertones. Like mentors Beck, Yeah Yeah Yeahs, and The Shins, Deep Sea Diver’s forthcoming Always Waiting (out September 2nd) promises to be an affecting endeavor through indie pop. –Derek Staples 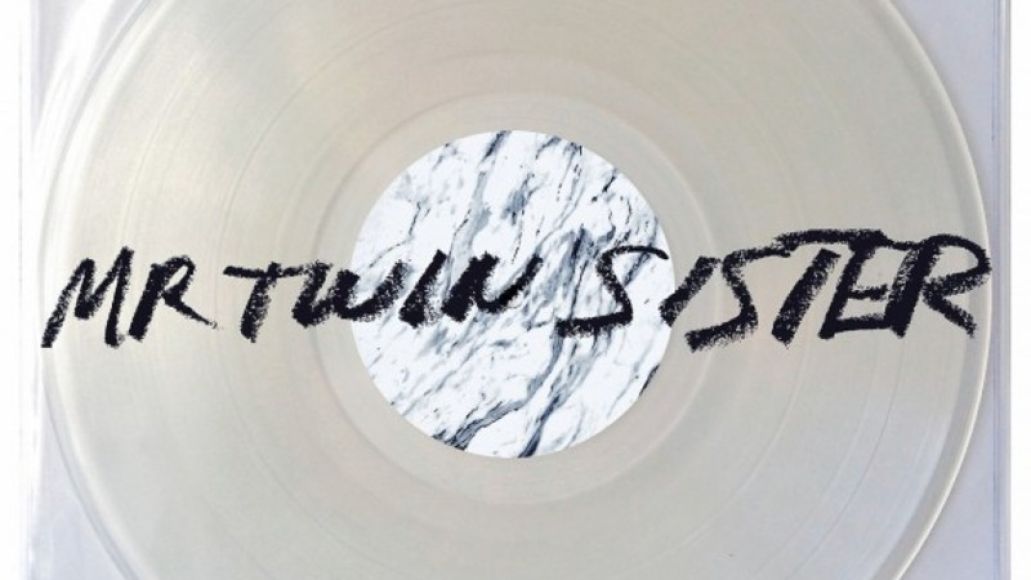 Earlier this year, Mr Twin Sister added the Mr prefix, subtracted the period after Mr, and shared a club-ready single called “Out of the Dark”. Where that song was buoyed by throbbing bass and danceable, electronic flourishes, the Long Island avant pop act’s new single, “Blush”, is much more subdued, with touches of spaced-out lounge jazz and lush, string-heavy arrangements. The track, which will be on the band’s self-titled album (out September 23rd via Twin Group/Infinite Best), doesn’t scream out of attention. Instead, its beauty is in its nuance, sinewy sax solo, and cinematic drama. –Josh Terry