Last time we were here, I posed the question about how a consistently well-run, enjoyable festival could improve. It’s the inverse of that old saying about there being nowhere to go but up. So here we are, back for the fourth edition of Boston Calling in just two years, and the question remains the same: Did Boston Calling outdo themselves yet again?

There were certainly a few changes around City Hall Plaza, still man’s second worst place to hold a music festival (behind CBGB’s maniac Times Square location), still surprisingly smoothly handled. Part of that smoothness comes from the BCPD – yeah, I’m actually complimenting the police presence. Sure, it was a little jacked up this time around, but with the way festivals have been making headlines recently for all the wrong reasons, it’s not really surprising that a young event would try to cover itself as much as possible. All those yellow-vested officers never seemed in your face or in the way, however, except perhaps when blaring a siren to move the crowd out of the way of a medic cart. 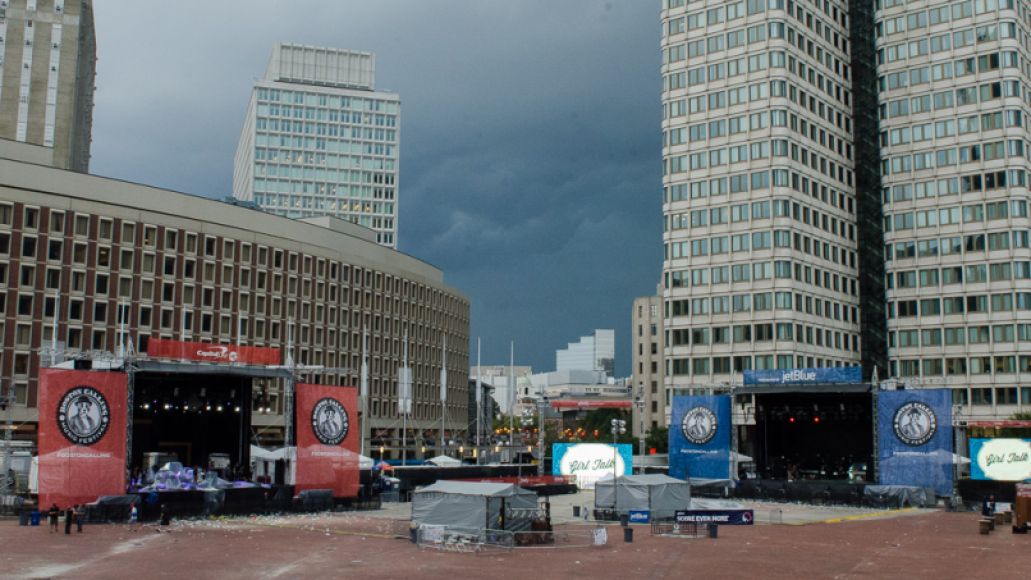 Then again, there weren’t that many medical incidents either. I heard of a crowd surfer crashing quite lifelessly into the pit for the Replacements, only to be tickled (yes, tickled) awake by staff. But on my way out on Sunday, I stopped by the first aid area outside the festival gates to ask how the weekend was. The officer I spoke with said he saw no more than 30 or so incidents over the course of the day (he wasn’t around Saturday), none of which were more serious than some dehydration. You can probably thank the BCPD’s newly imposed one-beer-at-a-time policy, preventing the ever popular double-fisting policy of festival attendees. Okay, so you had to make extra trips to the bar, and there was no way to hold down a spot if your group wanted drinks, but you weren’t having to dodge as many drunken stumblers on your way back and forth either.

Even with the limitations on libations, the folding in of Sam Adams’ Oktoberfest celebration added another level of imbibable amusement. There were stein-hoisting contests and free German-style hats for all. Over on the Plaza’s south side, there was a turf lawn set out with giant games of Jenga and Connect Four, Adirondack chairs, free Wi-Fi, and TVs to catch the NFL opening weekend. Best off all, there was a new water station with recyclable plastic cups provided to keep folks hydrated. (Now that I think about it, what took them so long with that one?) 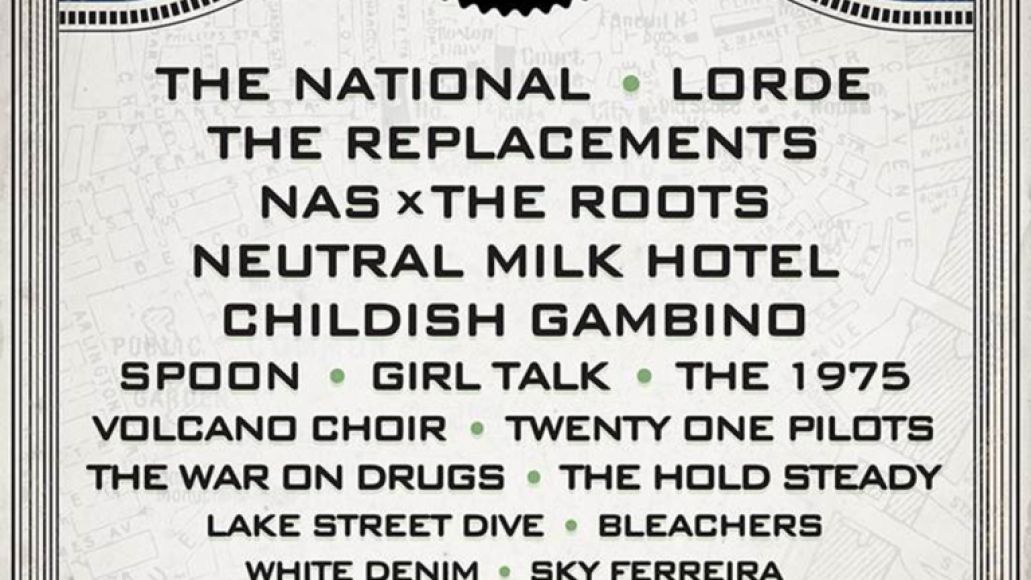 And then there was the lineup, arguably the best in the festival’s short history. After having the shruggable lineup of Edward Sharpe and Jack Johnson back in May, Friday became a can’t-miss day with Future Islands, Neutral Milk Hotel, and the return of The National. There was something for everyone, with pop (Sky Ferreira, Lorde), indie (The War on Drugs, Spoon), rap (Childish Gambino), radio pop (Bleachers, Twenty One Pilots), and rock (The Hold Steady, White Denim) all well represented. What’s more, there were two gets that would’ve been big at a festival four times the size of BC with The Replacements and Nas with The Roots.

But all of this is standard growth for a burgeoning festival. What really proved Boston Calling’s mettle came from God him-(it, her, their, whatever)-self. The weather reports had been less than stellar all weekend, but after a blistering hot early Saturday afternoon, people started getting comfortable with the idea that it might all be just silly meteorologists again. Then the temperature dropped and the clouds came in. Lightning and hail advisories took over news headlines on the TVs in the VIP area and the Wi-Fi zone. There was even a tornado warning. This was it – armageddon for an outdoor music festival, and it was barreling down on the most inhospitable of event locations. Boston Calling has been receiving praise for their organizational competence from the beginning, but how would they deal with something beyond their control? 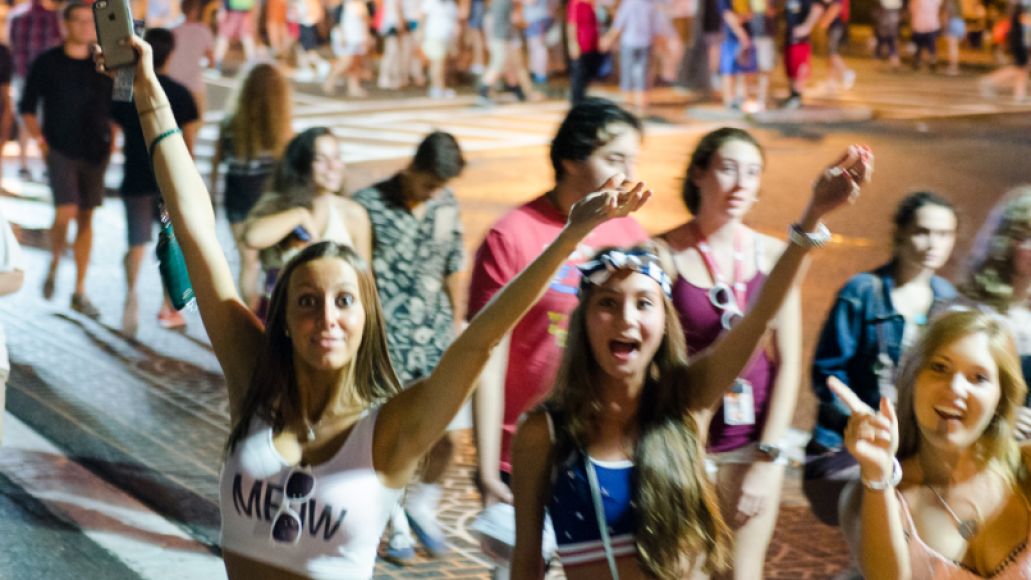 In short, with an excellence that belies the young age of this event. Details on exactly how the BC crew and the 44-Communications PR staff managed to avoid disaster are ahead in our full review, but consider it proof that this is a festival that seriously knows what it’s doing. In just two years and four events, they’ve proven themselves worthy of being considered more than just a little upstart festival. Now they’re the seasoned all-stars that other newcomers should look to for lessons on how to do things right. Boston’s lucky to have them.