Since bursting onto the college radio scene in 1997, Atmosphere have attracted a steady stream of impressionable minds through MC Slug’s ability to capture his range of complex emotions with honesty, eloquence, and immediacy. This makes the most sense if you’re about 18, and from the look of the Monday night sold-out venue in Orange County, Matthew McConaughey’s Dazed and Confused quip rang true: “I get older, and they stay the same age.” One thing that hasn’t remained the same is the size of Atmosphere, currently a three-piece with dual DJs Ant and Plain Ole Bill, as the Minneapolis rap outfit sold out back-to-back nights at Hollywood’s Palladium ahead of their Orange County stop. Though the stage show was pretty minimal, the mixture of old and new material (supporting this year’s Southsiders) was impeccably chosen, giving way to a successful 90 minutes or so of tunes that pleased the diverse audience. 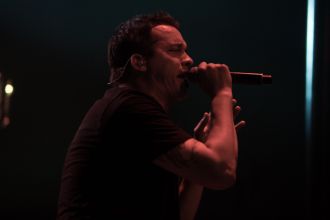 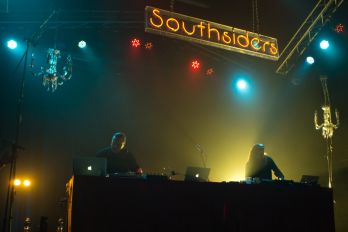 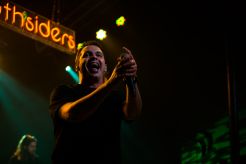 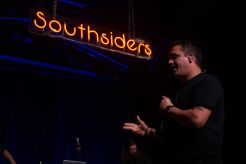 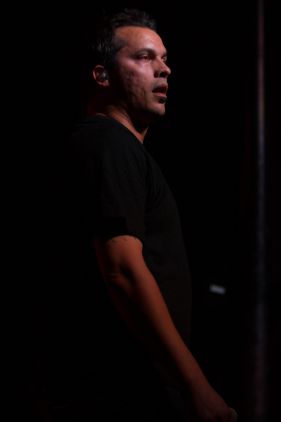 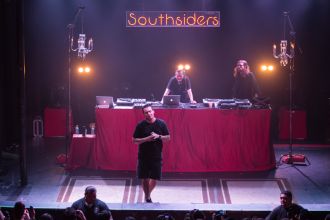 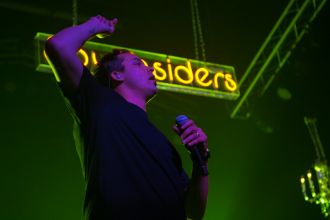 In Photos: Atmosphere at Santa Ana's The Observatory (9/8)