Last month, we enlisted readers to help us pick the Greatest Summer Album of All Time. The top vote-getters included Daft Punk’s Random Access Memories, LCD Soundsystem’s Sound of Silver, Paul Simon’s Graceland, and the eventually winner: Arcade Fire’s The Suburbs. The 16 selections have two things in common: (1) They’re all fantastic records and (2) none of them appear on this, our in-house inventory of seasonal faves. Despite the lack of overlap, the two lists aren’t so dissimilar. Both feature albums with strong hooks and danceable beats, and while many of the chosen LPs pair light, funky grooves with smart, meaningful lyrics, the vast majority can be enjoyed on a purely musical level. Which is good, because the last thing anyone wants to do in the summertime is think. Read on to see which 10 scratchy CDs will never, ever leave the glove box in our jeep.

And then finally move on to autumn as we have. 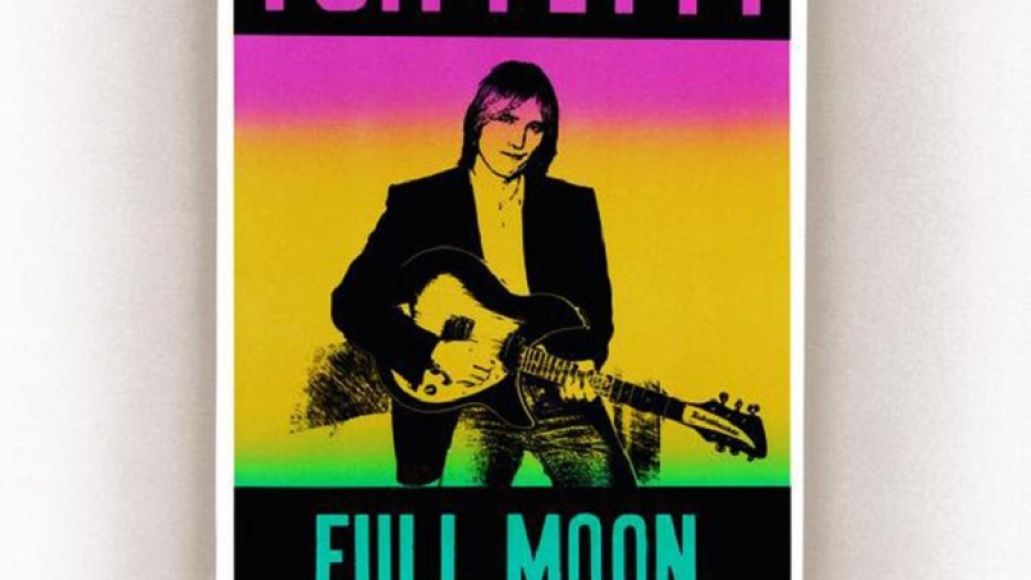 Summertime was made for road trips, and Tom Petty has no shortage of albums that serve as killer highway companions. One is even called Highway Companion. The greatest, though, is 1989’s Full Moon Fever, a set of shiny janglers bearing the unmistakable stamp of ELO gloss-meister Jeff Lynne. No matter how many times you’ve heard ‘em, the hits “Free Fallin’” and “Runnin’ Down a Dream” never get old. “Yer So Bad?” So damn good. Even “Zombie Zoo” is more fun than a trip to the monkey cages. 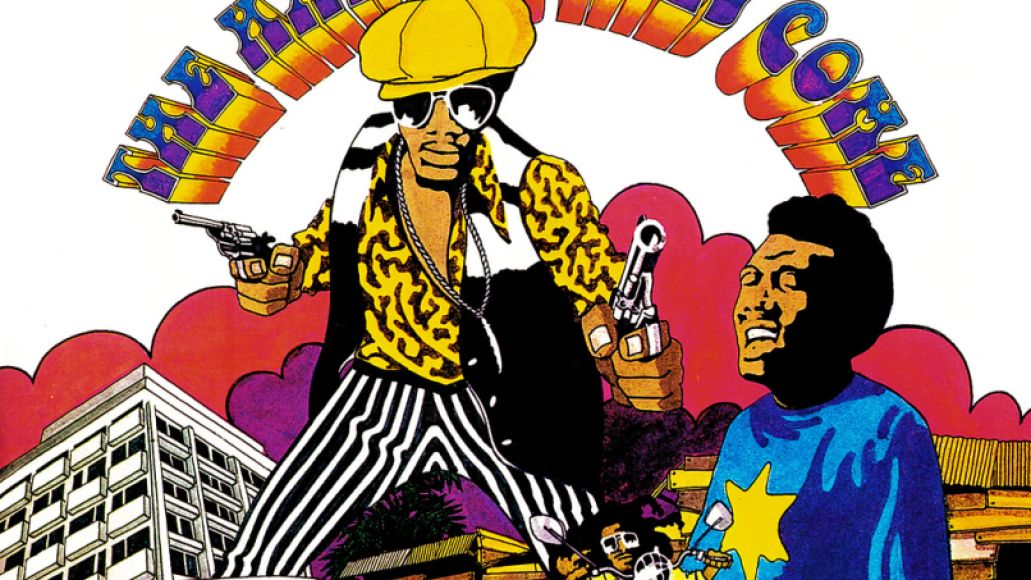 The token reggae album in most people’s collections is Bob Marley’s Legend, a pleasant-enough compilation of the genre godhead’s Island-era hits. The slightly hipper, arguably more essential pick is the soundtrack to 1972’s The Harder They Come, the Jamaican outlaw flick that should’ve made Jimmy Cliff a household name. Comprising ska, rocksteady, and reggae songs, the album provides a neat history of mid-century Jamaican pop, and it includes such timeless classics as the Maytals’ “Pressure Drop” and Desmond Dekker’s “007 (Shanty Town)”. And then there’s Cliff’s “Many Rivers to Cross”, a song with zero skank but off-the-charts soul. It’ll make the hardest gunman break down and cry. 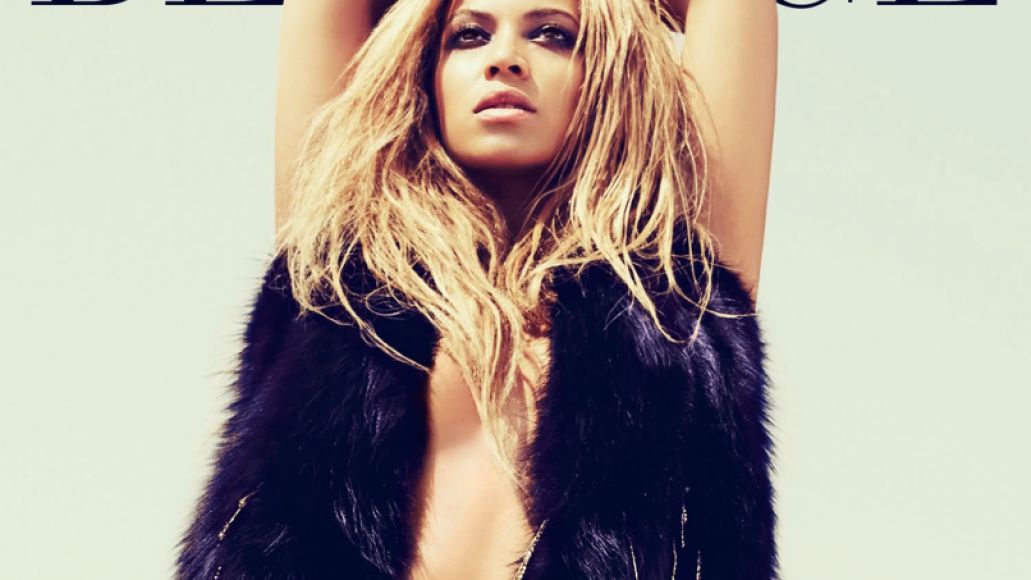 On her fourth album, Beyoncé does everything but relax. The set spans overblown Diane Warren ballads (“I Was Here”) to blippy M.I.A.-style bangers (“Run the World [Girls]”), and whether she’s hopelessly heartbroken or crazy in love, Queen Bey works damn hard to make you feel exactly what she’s feeling. This Houston striver’s in it to win it, though it’s airy groovers like “Love on Top” — a fluffy funk jam Michael Jackson might have cut for Off the Wall — that best exemplify her royal powers. It’s more fun to love her than it is to fear her. 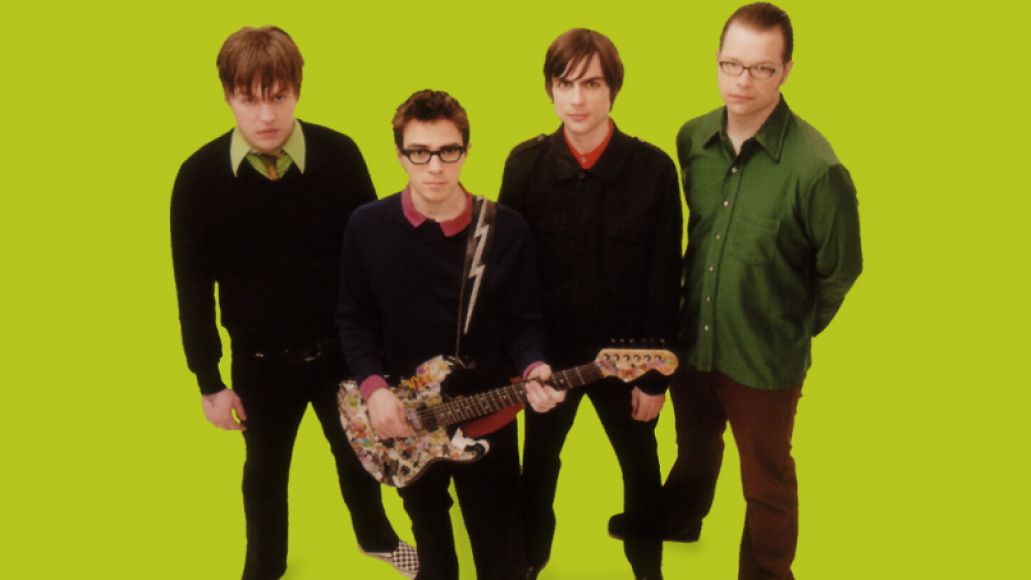 Weezer couldn’t have picked a better time to release their long-awaited third album. The year was 2001 — the peak of the emo boom that paved the way for their comeback — and the month was May, the prelude to beach season. In the summer that followed, the hits “Hash Pipe” and “Island in the Sun” were all over the radio and MTV, and fans ranging from aging hipsters to young Dashboard Confessional freaks were stoked to have Rivers and the gang back in action. It didn’t even matter that they’d traded the dweeby angst of their first two records for sunny power pop. The cover’s the color of Ecto-Cooler, and the songs are just as sweet. 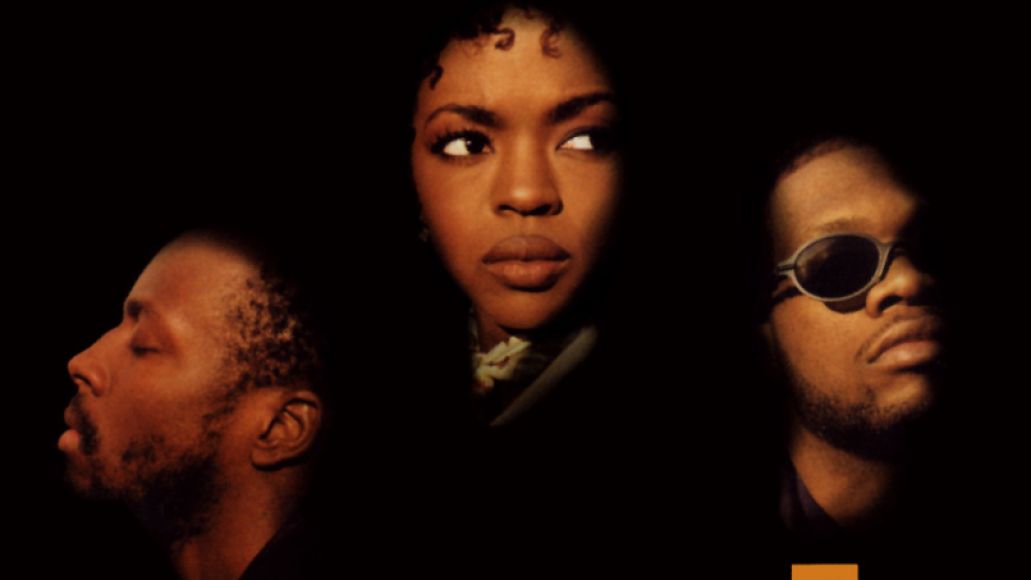 Because the hottest countries in the world tend to be the most violent and corrupt, the tropical vibe on this hip-hop classic signals both beach party and third-world uprising. Pras, Wyclef, and Lauryn Hill come on like block-rocking commandos, and when L. Boogie sings, “Ready or not, here I come/ You can’t hide,” it’s a come-on and a threat. That’s the way Fugees rock when they’re doing their thing. They deliver real-deal news dispatches from Haiti to Brooklyn, and when the rage starts to boil over, they turn it down to a seductive simmer. 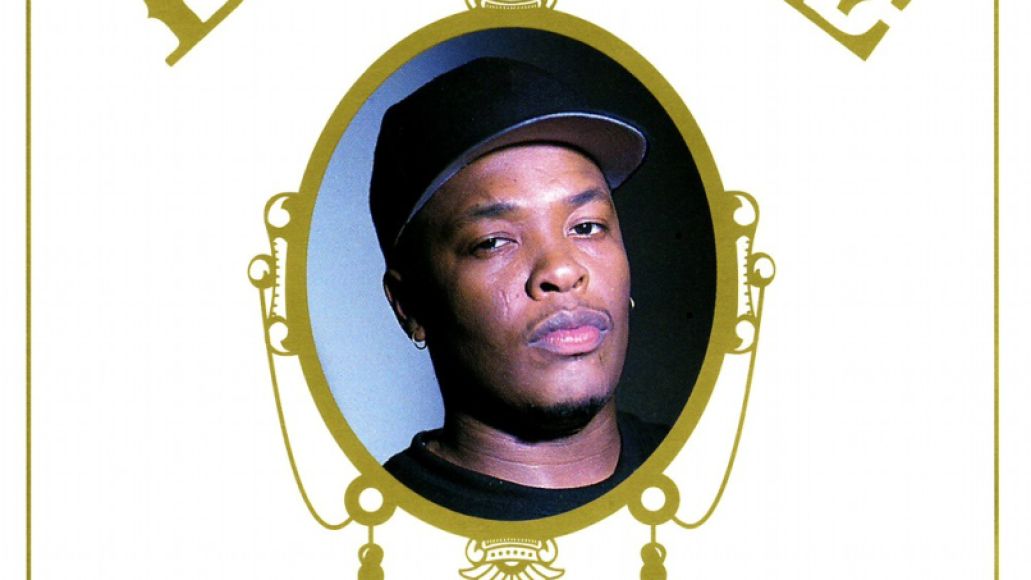 Recorded in the wake of the ’92 L.A. riots, Dr. Dre’s solo debut is a doped-out, nihilistic, strangely uplifting look at life in Compton. It’s a place where the cops might be more dangerous than the gangs and where happiness is a cold 40 and a warm blunt. If you’re really lucky, you get to compete on “The $20 Sack Pyramid”. Despite all the drugs and violence and general ugliness, Dre comes with some of the smoothest, most laid-back music hip-hop has ever heard. There’s defiance in Dre’s funk, an unspoken message that no matter how bad things get, he and his homies won’t stop the party. 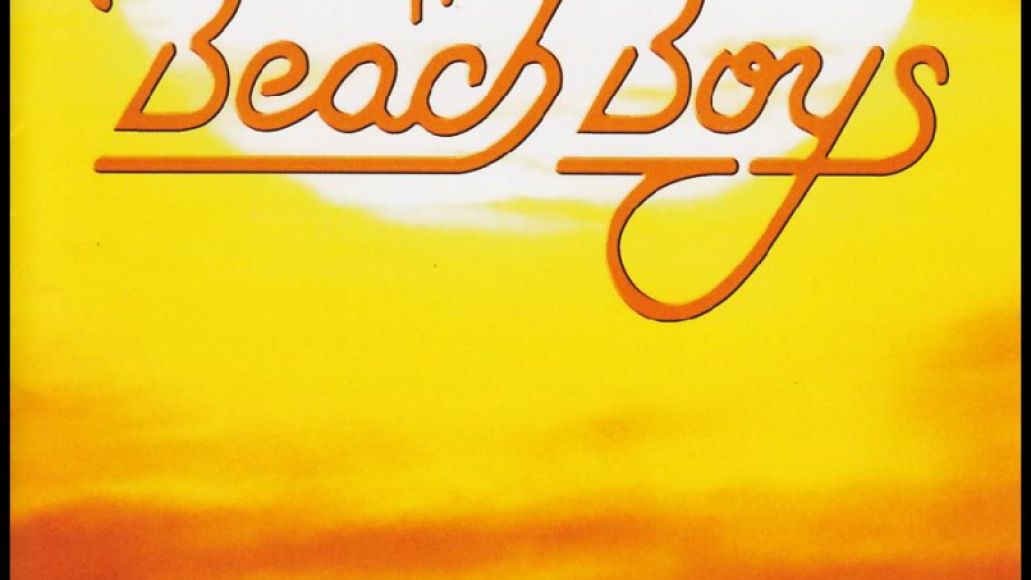 It wasn’t until Pet Sounds and SMiLE that the Beach Boys started making really solid front-to-back albums, and as great as those two are, no one needs to hear “I Just Wasn’t Made for These Times” or, god forbid, “Vegetables” while cruising to the hamburger stand. Better to stick with the fun ‘n’ sun early hits, and this 30-track set has ‘em all. You even get “Kokomo”. 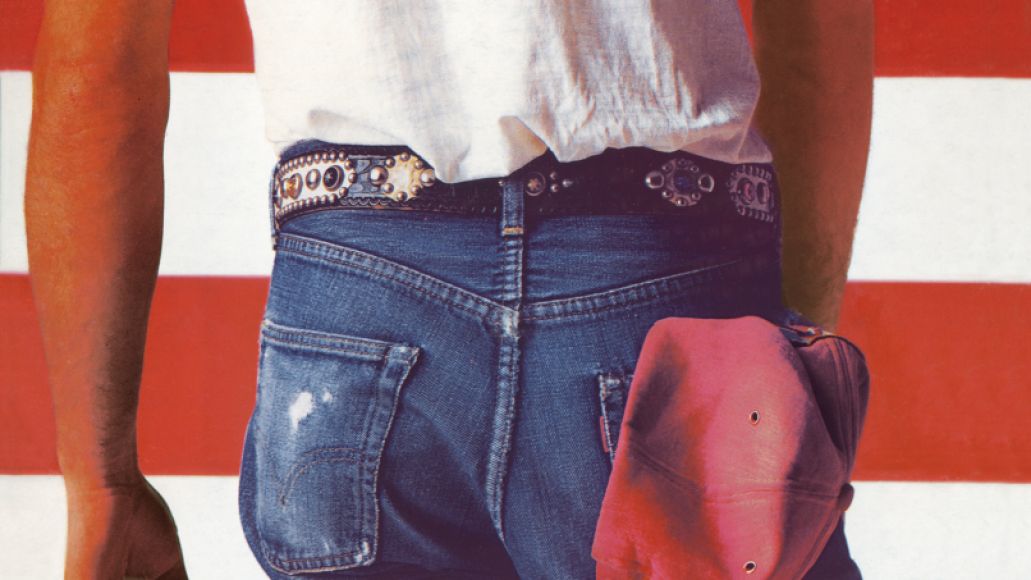 It opens with a song about a disaffected Vietnam vet and ends with one about the death of the American small town. In between are tales of dudes wasting away on chain gangs, at car washes, and in townie bars. It’s a disc full of losers, and yet Bruce Springsteen sings their songs with dignity and strength — like they’re people he’s dying for us to meet. The E Streeters are right there with him, turning sad vignettes into thundering stadium anthems. 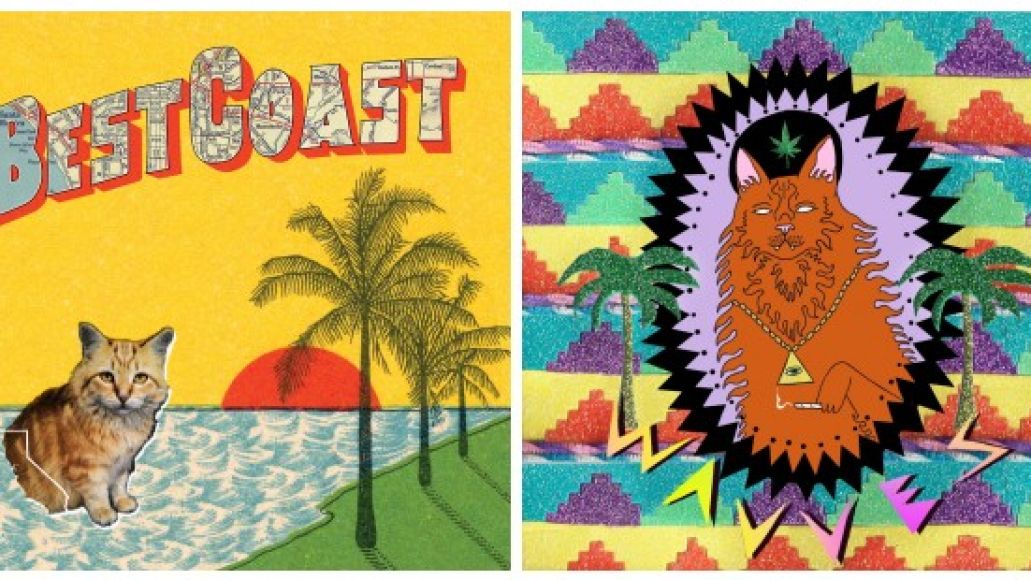 Even if Best Coast singer Bethany Cosentino and WAVVES mastermind Nathan Williams weren’t dating, their 2010 breakthrough albums would make ideal companions. Both read like confessions of bummed-out L.A. stoners, and if Bethany and Nathan approach twentysomething loserdom from slightly different perspectives — she’s troubled by her malaise, while he delights in being a sunburned wastoid — they have similar philosophies concerning noise and melody. “To take on the world would be something,” he sings on his best song, but as she says on hers, “That’s not our deal.” 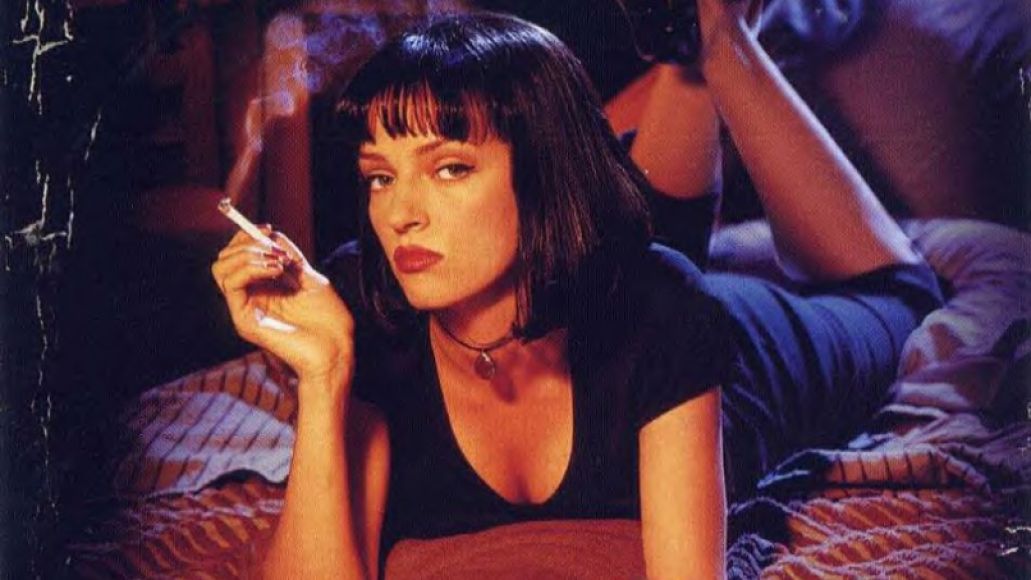 After reggae, no style of music screams summer more than surf, and it often does so without the benefit of vocals. Quentin Tarantino puts three classic ‘60s guitar instrumentals — “Miserlou”, “Bustin’ Surfboards”, and “Surf Rider” — on this, the best of his many excellent movie soundtracks. He also throws in some ‘50s rock balladry (“Lonesome Town”), ‘60s blue-eyed soul (“Son of a Preacher Man”), and ‘70s funk (“Jungle Boogie”), all of which keep things brighter than whatever’s in that mystery box.

It's Our Turn: The 10 Best Summer Albums of All Time