The Strokes frontman Julian Casablancas will release his sophomore solo album, Tyranny, on September 23rd via his own Cult Records imprint. In anticipation, he’s released the 11-minute track “Human Sadness” as the album’s lead single. It’s streaming below, or can be purchased via iTunes.

To go along with the single, Casablancas has also revealed the album’s artwork (above) and 12-song tracklist (below). Among the awesome track titles: “M.utually A.ssured D.estruction”, “Business Dog”, and “Nintendo Blood”.

Pre-orders for the album are also ongoing through Cult Records’ website. In addition to standard CD, LP, and digital formats, Tyranny will be available on cassette and as a cigarette lighter. Update: According to Cult Records, it’s actually a USB drive in a lighter sleeve.

Serving as the follow-up to his 2009 debut, Phrazes for the Young, Tyranny was recorded by Casablancas’ new band, The Voidz. In support of the release, he and The Voidz will hit the road beginning in mid-October. See the full schedule here. 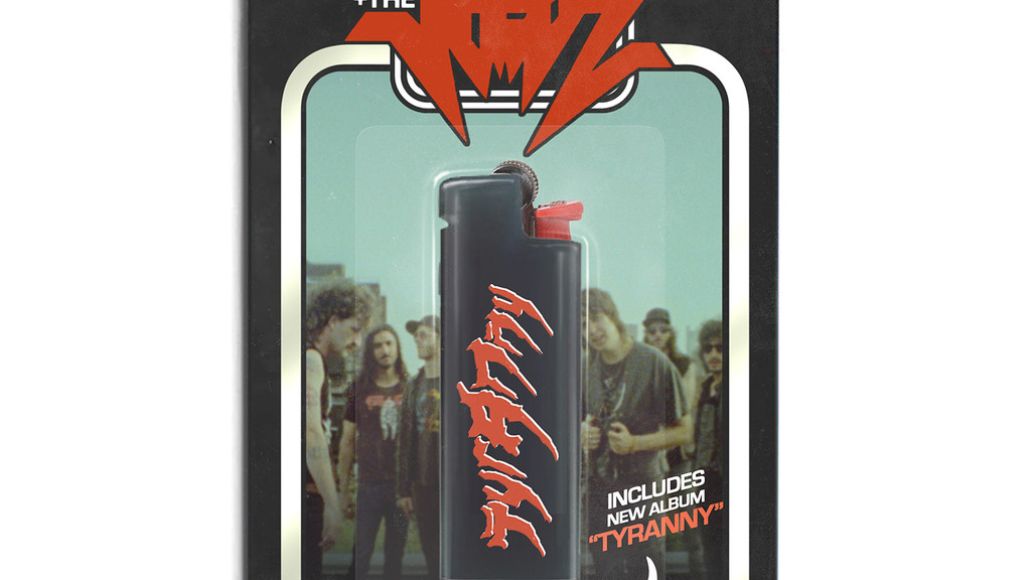