It’s a very rare thing to lay witness to a historic tour. Rarer still to be conscious of that fact as you graze shoulders with fellow patrons while searching for the best sightline to take it in. The “Renegades of Rhythm” tour is, by its nature, historic, calling on selections from the 40,000-deep record collection of Afrika Bambaataa. Plucked from the catacombs of their current resting place at Cornell University, these records have seen some shit. They wear these stains and jacket tatters with pride — signs of character — like wrinkles on the face of someone you respect, or the beautiful weathered green that grows on copper.

The paradigm of the concert is like a wheel inside a wheel, a duality that is evident at multiple levels. For their part, DJ Shadow and Cut Chemist serve as both exhibition and tour guide through this mobile museum they have erected. Shadow took many moments throughout the show to convey the lineage of these records and why they tell the story of how hip-hop came to be, a love story which begins with block parties and back alleys in the 1970s and leads to one of the most profitable genres in the music industry. The tone and color in Shadow’s voice reads as complete sincerity — he understands what these particular records mean and the important ears that they touched, a feeling shown by his echo at the close of each monologue: “this is that record.” 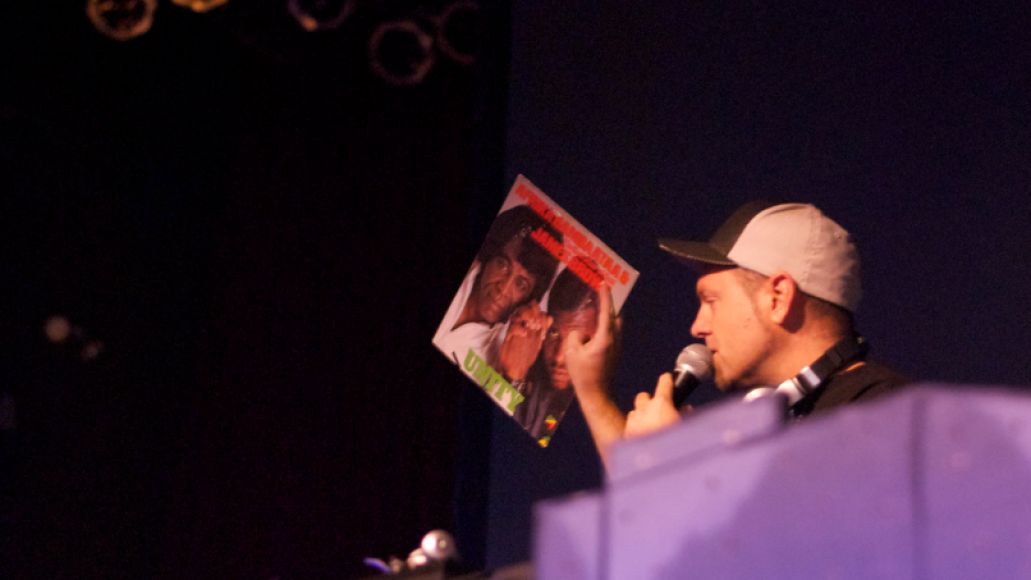 Mobile museum is a fitting term for the macro ethos of the concert. First, there are the artifacts, the physical embodiment of what has become soca, or Miami bass, or calypso. Then you have the masterful visual collage compiled by collaborator Ben Stokes, one that draws physical and implicit lines from image to image, time period to time period. The aural development is similarly linear. Despite what the flat brim hats and “SURE SHOT” emblazoned black tees might suggest, Chemist and Shadow are true academics in the hip-hop world. Chic, Kraftwerk, Kool Herc — the list of scratched vinyl goes on into a mind-numbing level of obscurity.

This is where the duality comes full circle. Once one changes focus from the dizzying multimedia history lesson taking place, the reality sets in that two of the most acclaimed technical DJ’s on the planet are spinning right in front of you. To the tune of 6 turntables and multiple analog drum machines (including one used by Bambaataa himself in the late ’60s). The unspoken communication Shadow and Chemist displayed — mixing together while seamlessly popping new records in and out — was professional to say the least. Their interaction was visible, at times in a playfully competitive way. The entire show walked on the improvisational higher ground normally relegated to the most progressive of jam bands (though I wouldn’t go around saying that in a Phish lot). Shadow and Chemist humbly kept the attention off of themselves however, and directed all respect to the music and the appreciation of its variety. 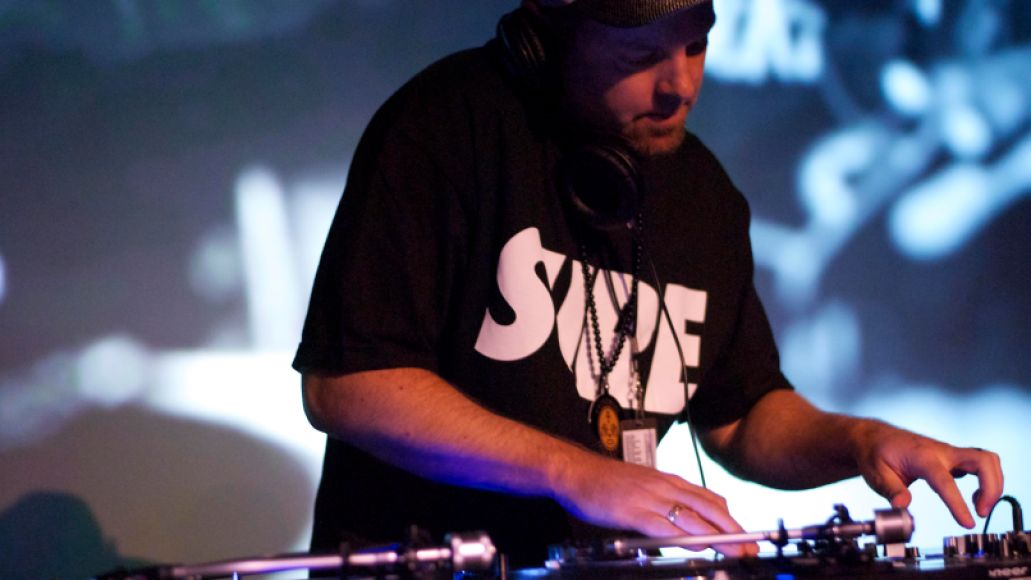 It was Bambaataa who said, “All music is dance music. But when people think of dance music, they think of techno or just house. Anything you can dance to is dance music. I don’t care if it’s classical, funk, salsa, reggae, calypso, it’s all dance music.” The “Renegades of Rhythm” tour stayed true to both the eclectic leanings of its priest, and his cross-cultural desire for fun. We saw all the above genres played, along with everything from “Owner of a Lonely Heart” to James Brown essentials. The duo also paid homage to B-boys and girls everywhere. With a diagram depicting break techniques behind him, Shadow summoned a parting of the crowd as if he were the electronic producing version of Moses. Surprisingly talented fans leapt into the seam and showed their skills, and just like Bam would have wanted, we all danced.

History was made, history was displayed, and history was celebrated, leaving the crowd with satisfaction in their eyes and funk in their hearts.