Irvine, CA can hardly complain about the show they were given on Friday night as Drake and Lil Wayne brought their Street Fighter 2-themed co-headlining tour to the normally quiet Orange County to spectacular effect. But, a day later, the concert is notable for who was missing as well, as YG cancelled both this date and Monday’s Hollywood Bowl show claiming the L.A.P.D. wouldn’t let him perform. Rumors swirl that this has to do with the recent shooting backstage at a Wiz Khalifa concert that saw Jeezy arrested last month at the same venue Drake and Lil Wayne headlined on this night. Regardless of why YG was barred from these performances, fill in, ILoveMaKonnen, felt very much like a substitute, and with the buzz he is getting, he may be bound to be an artist of note in the near future, but not yet.

But while there was some confusion about the opening act and a little restlessness amongst the crowd with the late-starting opener and nearly two hours from the ticketed start time and a legitimate artist hitting the stage (no offense to MaKonnen, but he barely appeased the eager Friday night audience), Drake vs. Lil Wayne was such an overwhelming spectacle that an opener hardly seemed necessary once the action did start. Utilizing a partnership with Capcom, creators of the aforementioned fighting game, the projections, pyrotechnics, stage design, and clever interactive element that allowed the fans to participate at junctions of the show, made this concert the event it was billed to be. 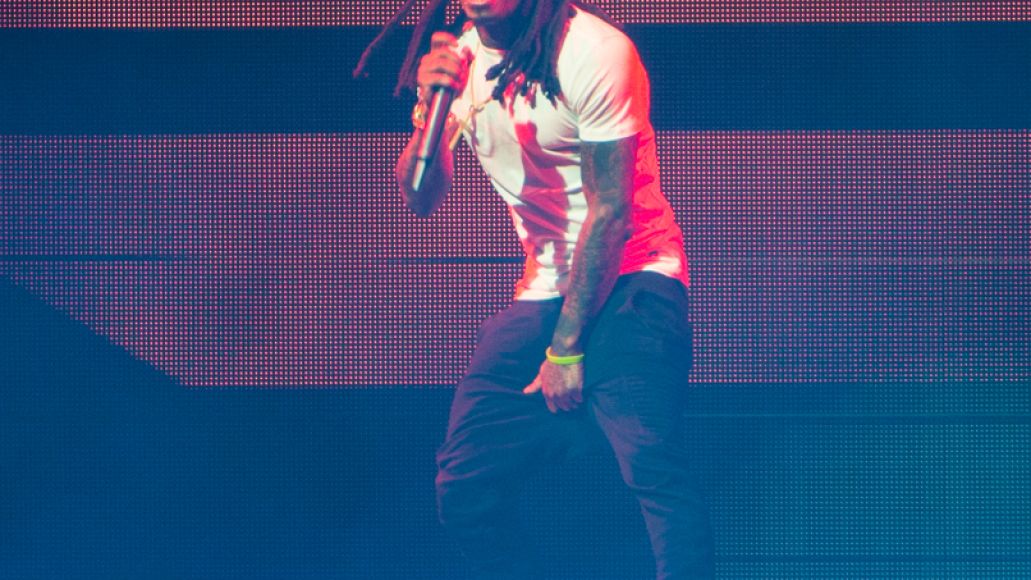 After fans voted for who would kick of the show, Lil Wayne took the elevated catwalk stage to run through three songs. Drake then took the ground-level stage to deliver three more. While Wayne said little in his opening, Drake made sure the crowd knew that the “vs” theme wasn’t just clever packaging. He noted that Lil Wayne was his mentor, that he reps Young Money, and that he owes his career to his co-headliner. And then he announced his intention to murder his mentor on the mic, setting up a back-and-forth that was surely scripted, but pulled off because Weezy and Drizzy are such effortless, pro performers. Wayne could quip about Drake’s soft, Hollywood image and Degrassi past (“this song came out when he was still in a wheelchair. We’re still looking for the dude that shot him”), while Drake snapped back at Wayne’s voice (“look at this angelic voiced motherfucker, sounding like Kelly Rowland and shit” after Wayne joined him on the chorus of “Hold On, We’re Going Home”). 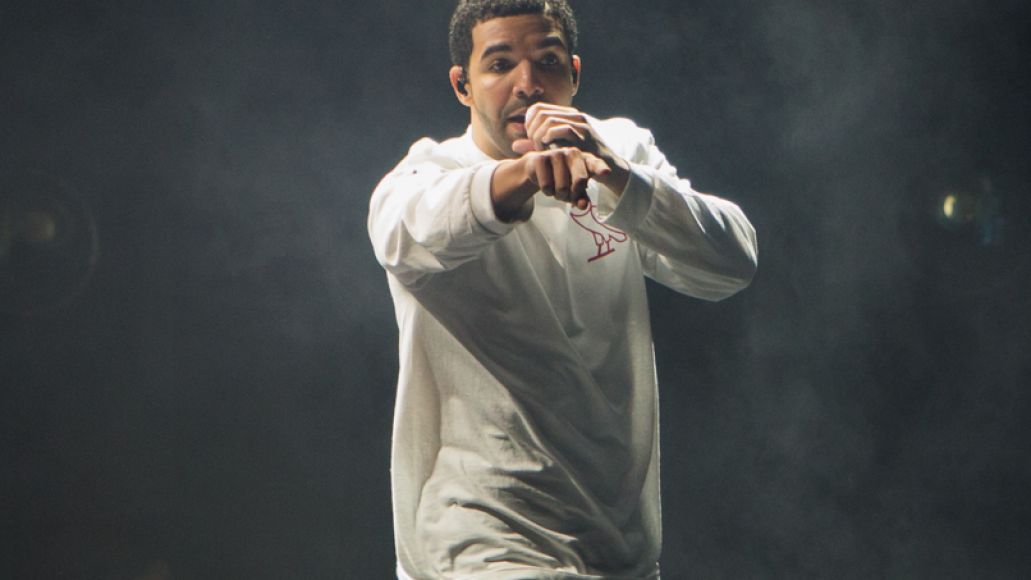 The banter was fun, clearly all made in love, and any real premise that this was a “battle” was lost pretty early on, and definitely when Drake floated over the audience after “Marvin’s Room” on what Wayne described as a “stripper pole.” But that was all part of the fun. And that is the operative word: fun. See, rap music, especially a show when we are talking about the cops keeping the opener away and guns and violence, it can so easily be put in the box of aggressive music. Hell, this concert was billed as a battle. But, rap music is pretty damn fun, too, and that is the singular aspect this concert emphasized. Even though Drake in particular appeals to fans on a very emotional level, and that could be seen in the audience’s affinity for finishing his lines, this wasn’t the time for everyone to get reflective and listen to Drizzy. This was a party show and party is what the fans did. Many fans were so eager to party that they made attempts (some successfully) to sneak in via Verizon Wireless’ lawn fence. Others snuck not so stealthily into better seats when security’s back was turned. It was all very teenage in atmosphere. As Kanye says, it was “that red cup all on your lawn shit.” And that’s not a bad way to spend a Friday. Or any other day, really. 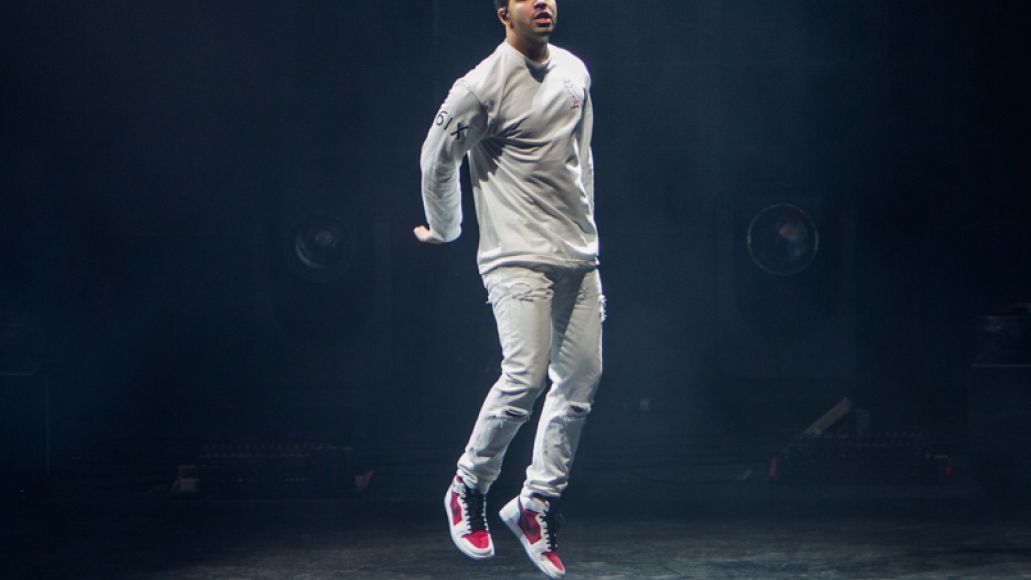 Setlist:
Blunt Blowin
Steady Mobbin
John
Draft Day
We Made It
The Language
Mr. Carter
Swag Surf
Wasted
Ride 4 My Niggas (The Sky Is The Limit)
Crew Love
Headlines
Show Me a Good Time
Over
Headlines
Go DJ
Pop Bottles
Leather So Soft
Drop The World
Got Money
I’m Goin’ In
Pop That
0 to 100
Fuckin’ Problems
Versace
Find Your Love
Marvin’s Room
Hold On, We’re Going Home
How To Love
I’m Single
Mrs. Officer
Every Girl
Lollipop
Bitches Love Me
Bandz A Make Her Dance
No Lie
Make It Rain
I’m On One
No New Friends
Duffle Bag Boy
Loyal
Who Do You Love
6 Foot 7 Foot
Rich As Fuck
All Me
Worst Behavior
No Worries
A Milli
Trophies
Started From The Bottom
The Motto
Believe Me
HYFR (Hell Ya Fucking Right) 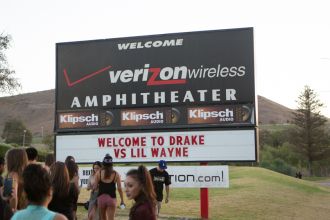 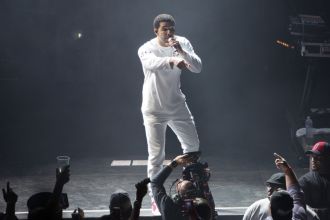 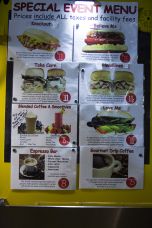 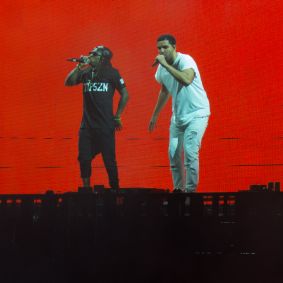 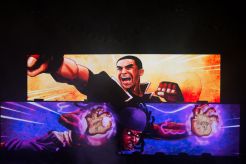 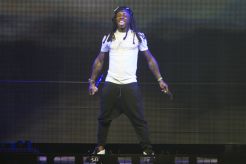 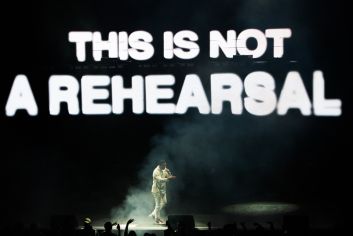 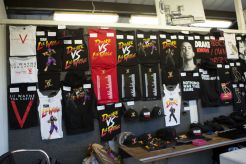 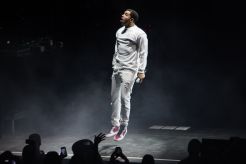 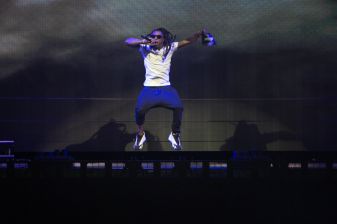 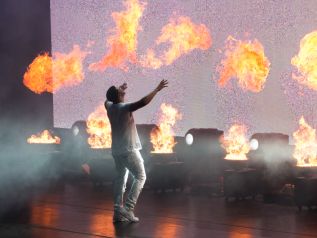 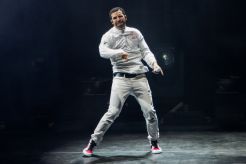 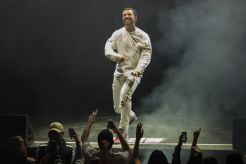