Synthpop legends Erasure stopped in at the Borgata Music Box for a sold-out show in Atlantic City Friday night. They are touring in support of their 16th studio album, The Violet Flame, released earlier in the week. The show has been sold out for weeks, and I am not surprised. They have a loyal, worldwide fan base, which accounts for the 25 million records they have sold and the countless hits they have produced. There is no doubt with the popularity of EDM that Erasure have certainly influenced many musicians over the years.

With their newest release, they have stayed true to the formula that has made them so popular, but have added a more modern edge to it, so it never really sounds dated. 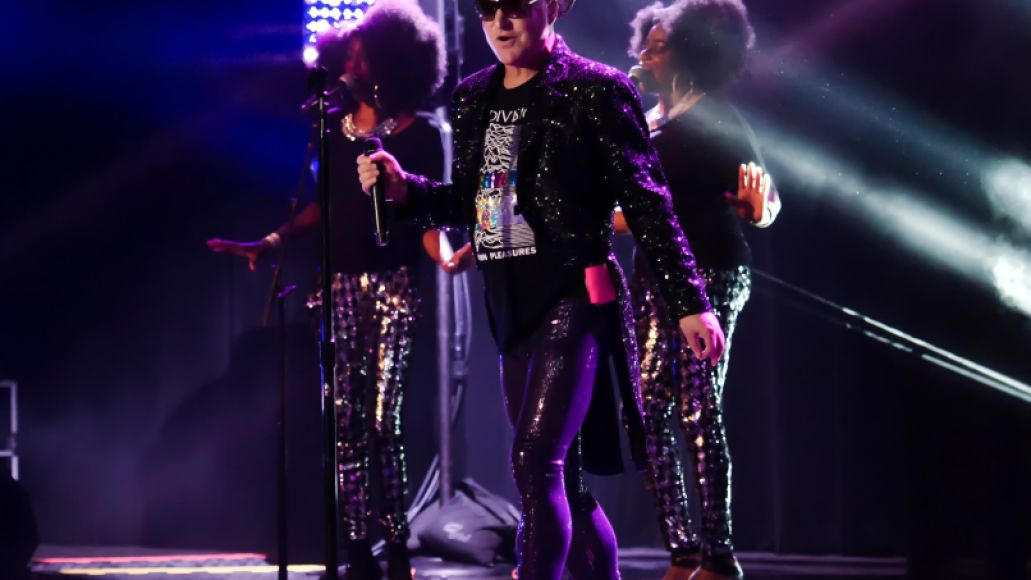 You could feel the anticipation in the room while fans waited, so when singer Andy Bell (dressed in a glittery tux, sparkly tights, and a top hat) and master melody maker Vince Clarke walked out, the place erupted. Everyone were up out of their seats from the get-go, as the band opened up their 90-minute set with fan favorite “Oh L’Amour” from their debut album, Wonderland, then went right into “Star”, one of many songs played from their popular album Wild. It prompted one of many hands-in-the-air sing-alongs throughout the night. It was a well-rounded setlist with a mixture of their greatest hits, deeper cuts, and a few songs from their latest release.

The band was joined by two female singer/dancers sporting matching glittery outfits. They really added something to the show as the chemistry between them and Bell was undeniable. Erasure’s newest single, “Elevation”, was well received as was “Sacred”, which Bell confessed is his favorite song from the new album. There was a club vibe in the venue with the thumping beats, dancing, lighting, and glitter. It was Erasure at their finest. 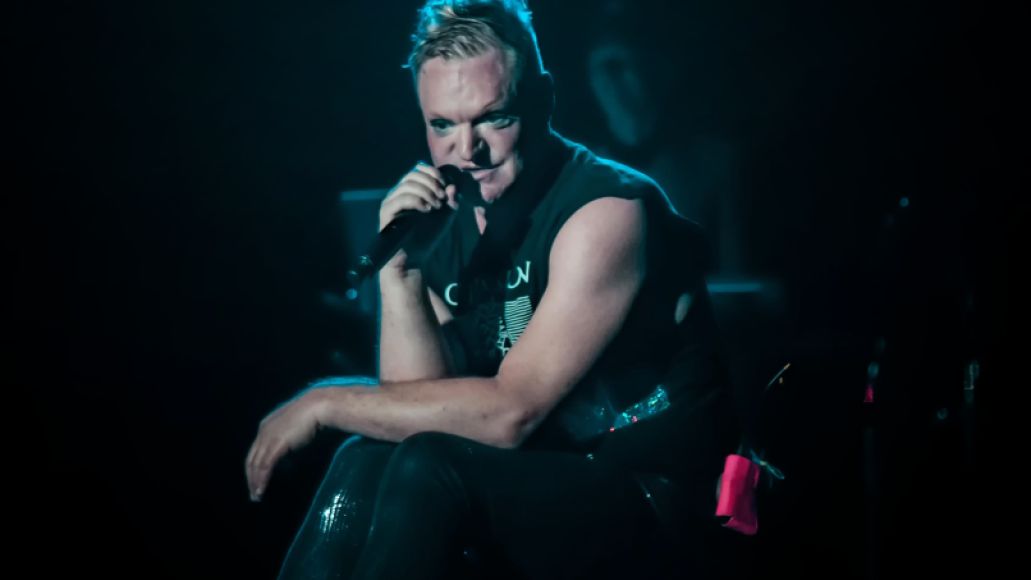 Bell looked like he was having the time of his life and at 50 has showed no signs of slowing down. He looks great and his voice is seemingly unchanged. Of course, there were multiple costume changes and, yes, more glitter. He is so charismatic that it’s hard not to smile while watching him perform.

There is not enough I can say about keyboard extraordinaire Vince Clarke. He was out of the spotlight and off to the right of the stage just doing what he does best, which is creating wonderful synth melodies. It’s one thing to hear them on records, but to see him recreate this live was exhilarating. He makes the kind of songs that once you hear them, they get stuck in your head. No doubt he has been a mentor to many upcoming musicians. 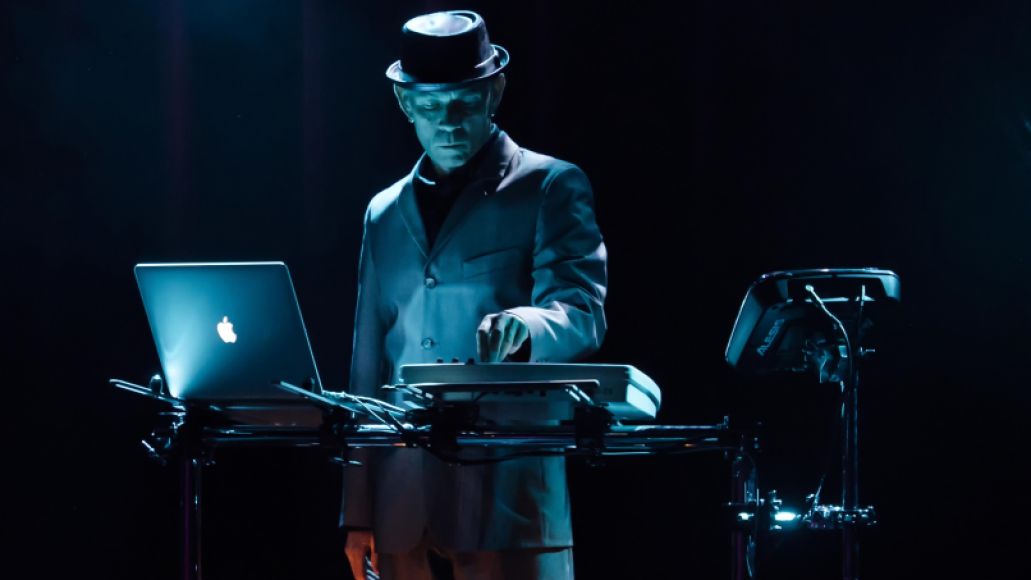 The crowd also helped make the show memorable. If any of the audience members were only familiar with the band’s ’80s stuff, you would have never known it. Almost every song they played got a great hand. Highlights included thunderous hand clapping to “Blue Savannah”, a sing-along to “Drama”, and aisle dancing when the techno beat of “Chorus” started playing. Erasure ended the set with big hits
“A Little Respect” and “Chains of Love”. The encore was the one-two punch of “Always” and ‘Sometimes”.

It was a wonderful night in Atlantic City. As I watched people leaving the venue and walking out onto the casino floor, they were still smiling, some still singing and dancing. If Erasure’s mission was to “elevate us,” like their new song says, then mission accomplished!