“This is the best night of my fucking life” declared Joyce Manor’s boyish frontman Barry Johnson to their all ages, sold out audience at Chicago’s Bottom Lounge. A teenage girl in flannel had just clumsily stage dived into the crowd, her legs knocking over his mic stand in the process. What would surely irritate some lead singers as they desperately try and regain musical composure, only seemed to validate to Johnson that the wild and raucous nature of the fans was something to remember. Joyce Manor have been playing their hearts out for years, and they’re finally getting the love they deserve. Last night, they got it in buckets. Buckets of sweat maybe, but buckets for sure.

The entire night felt like a celebration, with inter band support (Johnson was wearing a shirt by Seattle openers, The Exquisites) and non-stop love from the fans, though it exclusively kicked into the highest gear for Joyce Manor. Either way, the local support found in Meat Wave set the night off right, their brand of post-punk well suited to the crowd, though less pop-y in nature. They seemed to be drawing influences from much heavier, more primal digs. The Exquisites followed, a loud trio with a hell of a lot of soul for a punk band. 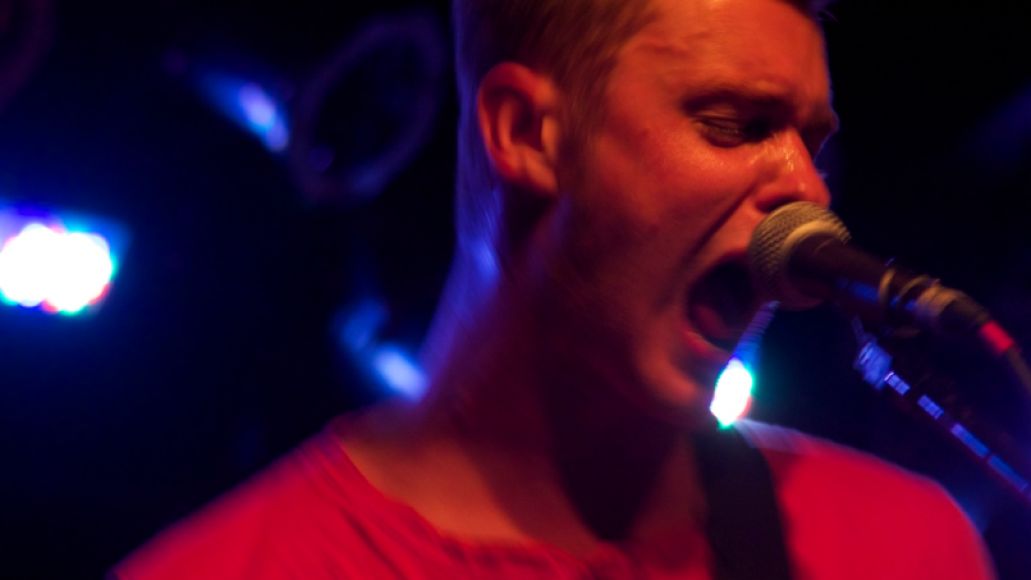 After a few moments of instrument tinkering, Joyce Manor launched into one of their most beloved tracks, the infectious and insanely chant-able “Constant Headache”. In one of the most immediate reactions I’ve ever witnessed, the previously idle crowd flew into a frenzy at the very stroke of the first chord — as if a fire was lit beneath their sagging skinny jeans.

Despite the lurking presence of the Bottom Lounge’s strict “no roughhousin’” rules, fans went apeshit anyways. Piles of pop-punk patrons plowed feverishly towards the front, catapulting their way to and from the stage. Security guards’ attempts at controlling the situation were downright futile. “Schley”, a single off their latest effort, Never Hungover Again, turned things particularly rowdy, as Johnson repeated for about the fifth time that it was, indeed, the best night of his fucking life. Shots of Patrón were downed, sweaty memories shared.

“Schley” was cushioned between another fan favorite, “Beach Community” and the weightier — both lyrically and musically — “In the Army Now,” also off Hungover. It was a powerful trio of songs perfectly positioned in the middle of their set, and the energy was simply not letting up. 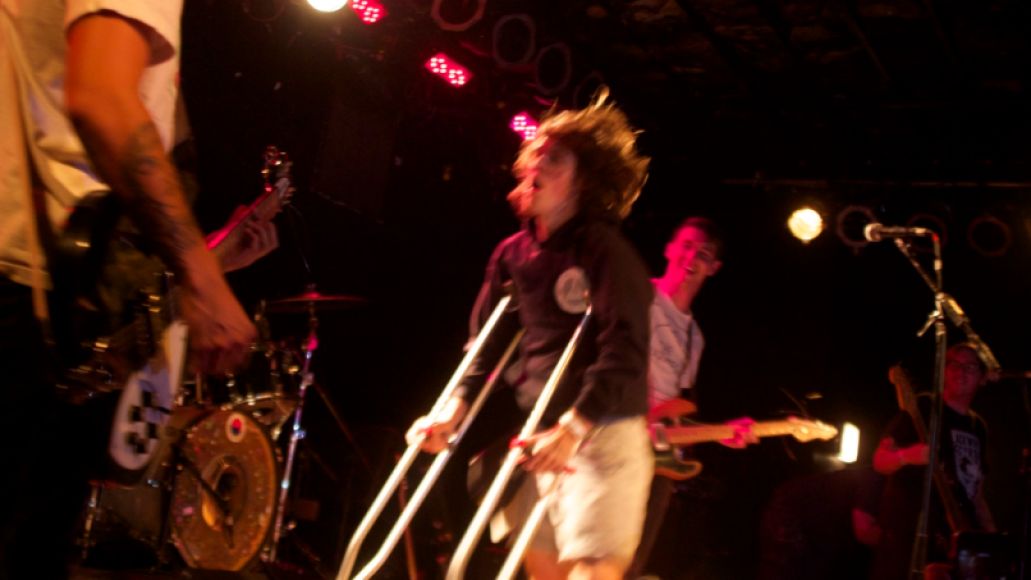 As a special treat to his favorite crowd on his favorite night, Johnson announced that, though it wasn’t on the setlist, they’d perform their quintessential “Leather Jacket”. He proudly added that it was the only night on tour they’d be doing this. Soaking up the privilege, fans shouted the lyrics at the top of their lungs, while the band smiled gleefully. Johnson shoved his microphone towards the audience, and finally giving into temptation, fell into the crowd’s open arms. It was a night of true rock star moments with unfeigned energy from everyone in the room, and was surely a “best night ever” for fans too.