“Sometimes I’m so full of shit it should be a crime,” Isaac Brock sang on Tuesday night underneath an overwhelming amount of stars in the California desert. The line dates back nearly 20 years, to 1996, and for much of Modest Mouse’s career, people who have taken in their live show might think it’s a fair self-critique. It didn’t take seeing their commanding 105-minute set at Pappy and Harriet’s in Pioneertown, California to know something has changed in the band. It has been like this for quite a few years. But this line in “Broke”, or a similar line from the same song (“I told you I was an asshole and I paid the price”) didn’t ring as revealing as they used to.

It makes sense that Brock’s decades old lyrics would sound like they were coming from a different man. People grow up. Modest Mouse’s live shows had long had the reputation of a man who wasn’t afraid to be the “asshole,” to be “full of shit.” More specifically, Modest Mouse in years past often seemed like a live band that didn’t really like performing, that cared very little about crowd-pleasing, that took the persona that Brock writes in to heart. 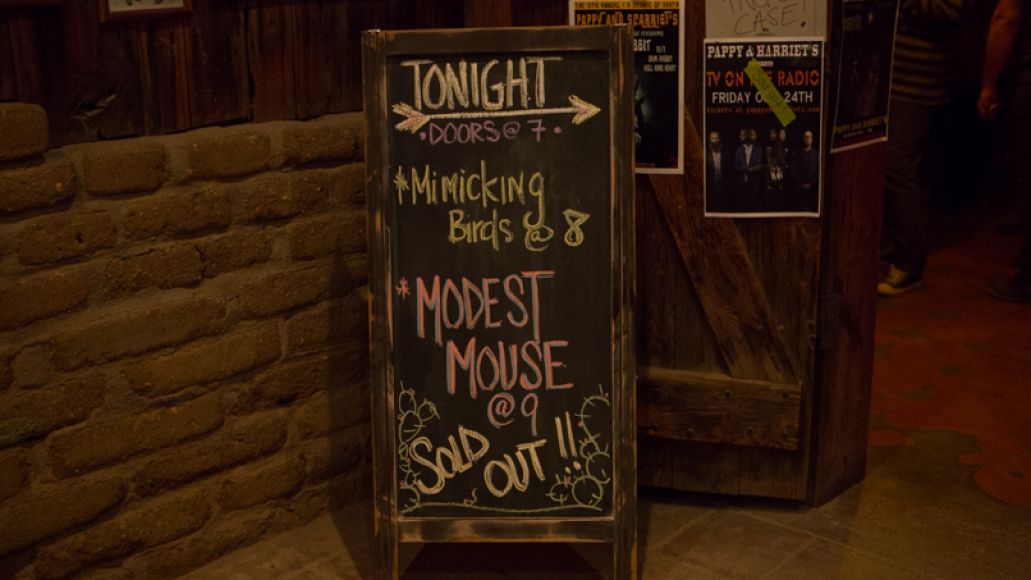 But at some point, in the seven years since the band released their last LP, they did seem to start caring. Setlists began resembling something of an ideal, hitting on all periods of the band, not relying on the easiest or most well-known songs to anchor the sets. On Tuesday night, at a venue that is (no hyperbole intended) a national treasure, Brock fought through a cold to deliver a fiery, triumphant set that leaned just as much on the “hits” as it did on the deep cuts and new songs. For those that drove two-and-a-half hours out of the Los Angeles metro and into the darkness of the dusty night, it was worth the trip and even worthy of a repeat.

And that notion, that Modest Mouse has become a live band worthy of traveling to see is quite a turn. The band is now eight-members deep, which means multiple horns for “This Devil’s Workday”, a violinist for “The World At Large” (turning the epic climax into a revelation), and duel drummers that seem unnecessary but add to the spectacle of it all, kicking the puddle that is the band’s organized chaos. 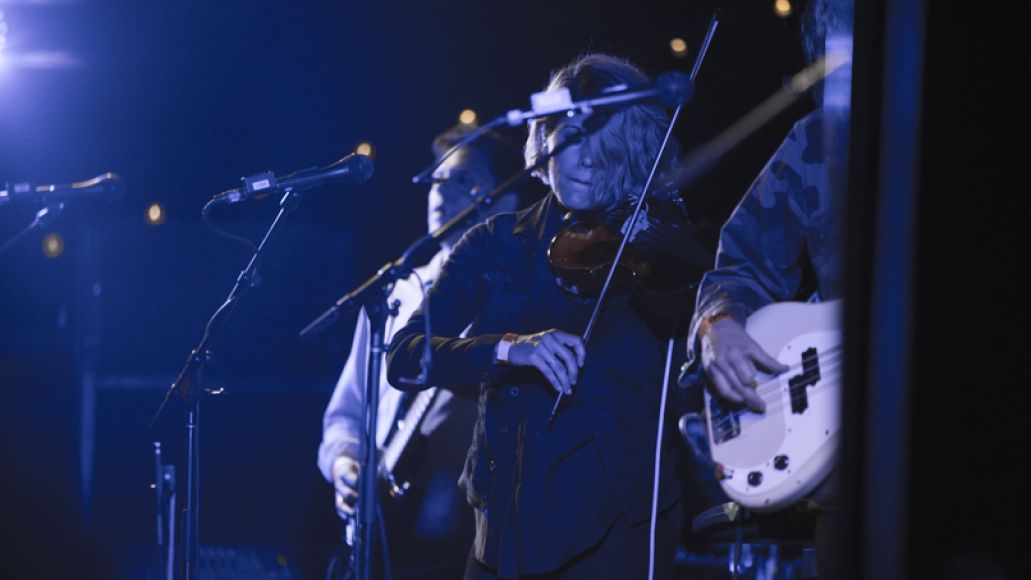 Yeah, Modest Mouse has really grown into themselves. Before the set, locals murmured a few noteworthy tidbits. They claimed the band’s late start time was unheard of, and that they expected the show to be cut off at 11, just 45 minutes after starting. When confronted with the idea that Modest Mouse might just pay the fine, they laughed and claimed such an argument “just didn’t understand what this venue is.” Well, it wasn’t cut off. It went ’til midnight, and the audience stayed energized until the last moments of “Tiny Cities Made of Ashes”. These same locals claimed to have never seen a band bring more equipment to the venue, which, with the amount of instruments Modest Mouse incorporates these days, likely was not an exaggeration.

But it all was necessary. Both Brock — dressed in a ridiculous Western outfit of chaps, cowboy hat, and neck bandana– and his band weren’t afraid to embrace any rock star moments. The night’s best songs — an extended, huge “Night on the Sun”; a spitting, snarling “A Different City”– were aided as much by Brock’s guitar wrestling and headwear as it was by the bandmates’ reaction to his passion. 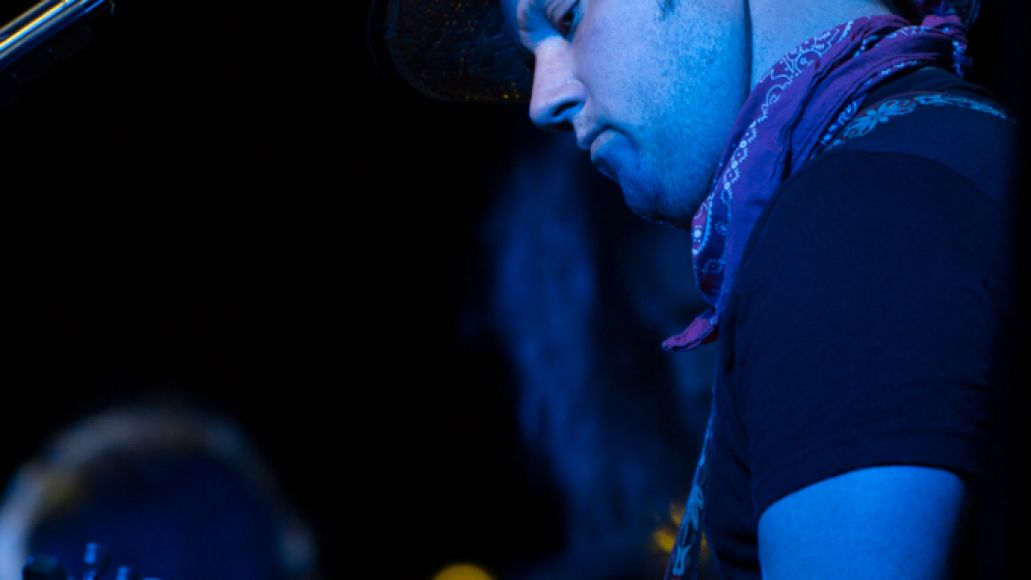 It was a special night for the 1100 fans that squeezed into the restaurant patio, the smell of BBQ settling in the night air, but it didn’t appear to mean anything particular to Modest Mouse. Earlier on, Brock asked if all the lights could be turned off, which apparently wasn’t possible. He then instructed the crowd that the best place to see the stars was to leave the venue and walk 50 yards in one direction, turning this idea into something of a joke.

But Brock couldn’t hide his appreciation for the atmosphere. Hell, he was dressed like a cartoon cowboy, a nod to the fact that the town he was in was built as a Western movie set last century. But the performance, this has become something of the norm at the point for Modest Mouse. Regularly the band comes across like they once again have something to prove, like it matters. Isaac Brock has never been less full of shit. And that’s a look he wears better than some goofy chaps. 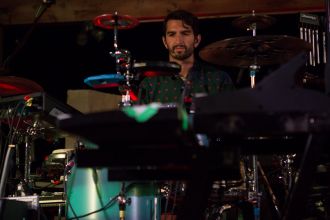 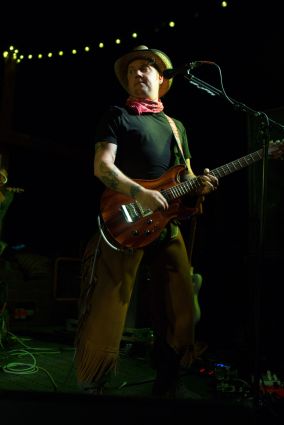 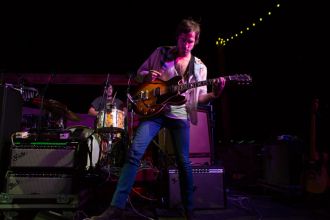 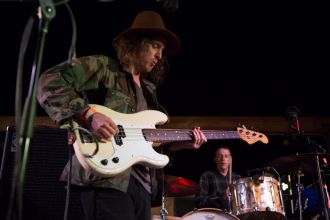 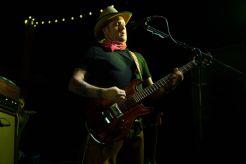 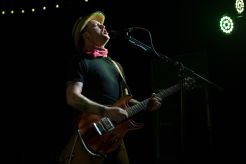 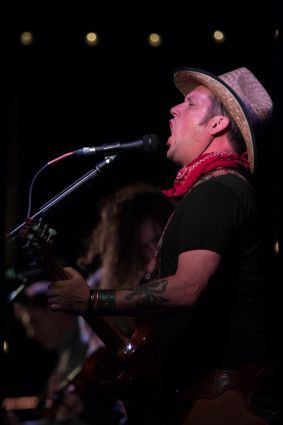 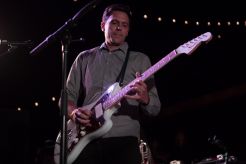 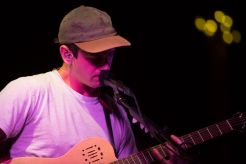 Setlist (approximate):
Bury Me With It
Dark Center of the Universe
Baby Blue Sedan
Sugar Boats
Night on the Sun
Satin in a Coffin
This Devil’s Workday
Shit in Your Cut
Dramamine
Broke
Lampshades on Fire
Dashboard
The World at Large
Doin’ the Cockroach
Float On
Out of Gas
Pistol
A Different City
Encore:
Custom Concern
Fire It Up
Tiny Cities Made of Ashes

Live Review: Modest Mouse at Pappy and Harriet's in the California Desert (9/23)