On Sunday morning, Sam Smith announced via Instagram that he would be canceling his Toronto performance. “I woke up yesterday morning with tonsillitis,” he wrote, “and I didn’t speak all day and all night in hopes that it would clear and I’d be able to perform for you all tonight. It’s worse and I can’t speak.” The news was a crushing blow to the Canadian city, but also for Chicago, who waited patiently to see if the young UK crooner would return for another trip.

“I’m so happy to be back in Chicago,” Smith announced Monday night to Chicago’s sold-out Riviera Theatre. He had just finished telling a story about how a doctor ripped his throat apart so he could sing for the city by the lake. The thousands — no doubt obsessed with or hyper-sexualized by his debut album, In the Lonely Hour — cheered in appreciation. Such heroics deserved far more than our simple applause in gratitude, but the humble singer never asked for anything more. 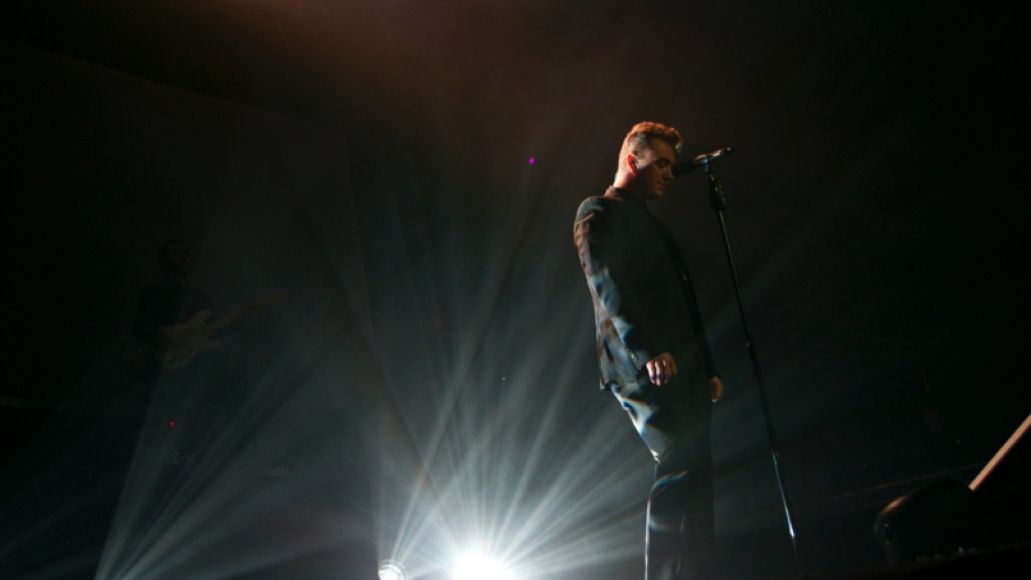 Instead, despite his ailments, Smith powered through his hits, nailing each track with unbelievable precision. “Money on My Mind”, “Latch”, “La La La”, “I’m Not The Only One”, and especially the night’s closer “Stay with Me” all flew by with nary a scratch nor weakness. Okay, so maybe they were super-heroics. Regardless, the crowd stood stunned when they weren’t singing, enraptured by the vocals, the performances, the man himself.

His accompanying five-piece band, in addition to three back up singers, brought his debut album’s rich production to life. Actually, the transfer to the stage made the pop tracks quite tangible, peppered with a little humanity that felt a tad outsourced in certain areas of the LP. Nothing could top, however, the band’s stripped down, intimate cover of Whitney Houston’s “How Will I Know?”. Smith’s signature inflections took this to the top and beyond, inviting tears and more applause. 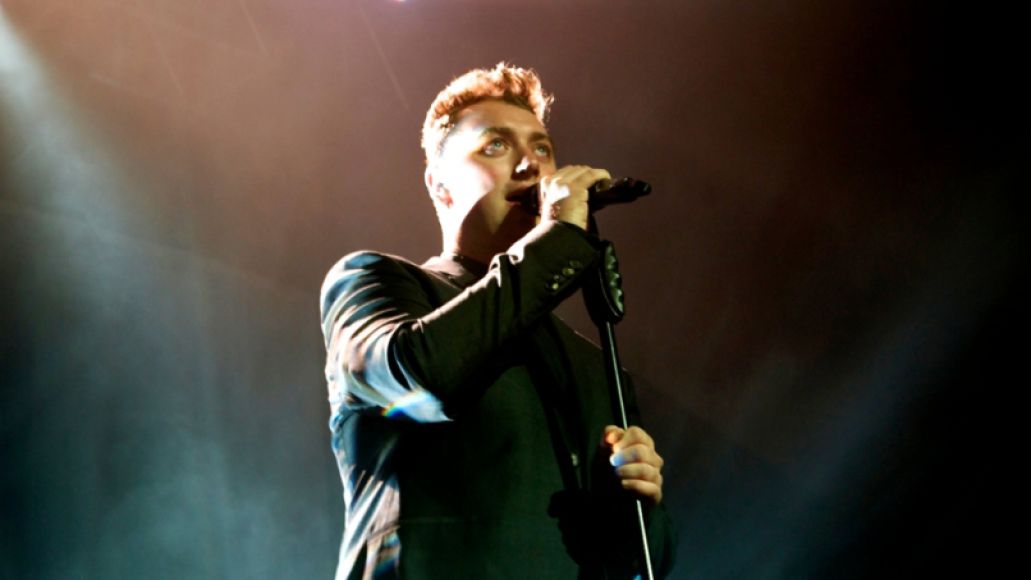 It’s all we could do… short of showering the guy with cough drops.