In a way, Whorl is both Simian Mobile Disco’s ultimate live creation and challenge. The album itself was created in order to “blur the boundaries between studio composition and live performance as much as possible” and, as a result, they have devoted their entire tour to bringing the album to life across North America. While a slowly cooling summer’s eve in Cambridge is a completely different environment than a starry set at Pappy and Harriets, the saloon-cum-venue in Pioneertown, California where they recorded Whorl, everyone at The Sinclair was more than up for some good Whorl time.

Whorl itself is a slowly evolving beast, walking the fine line between challenging and danceable with most of the material needing time to grow and evolve organically. In the wrong hands, and with the wrong crowd, it could lead to dire performances. Fortunately, tonight’s crowd was in it for the long haul, seemingly not interested at all in the instant gratification of a drop and more in tune with Whorl’s steady highs and lows. It’s all about the journey, rather than the destination, as the saying goes. 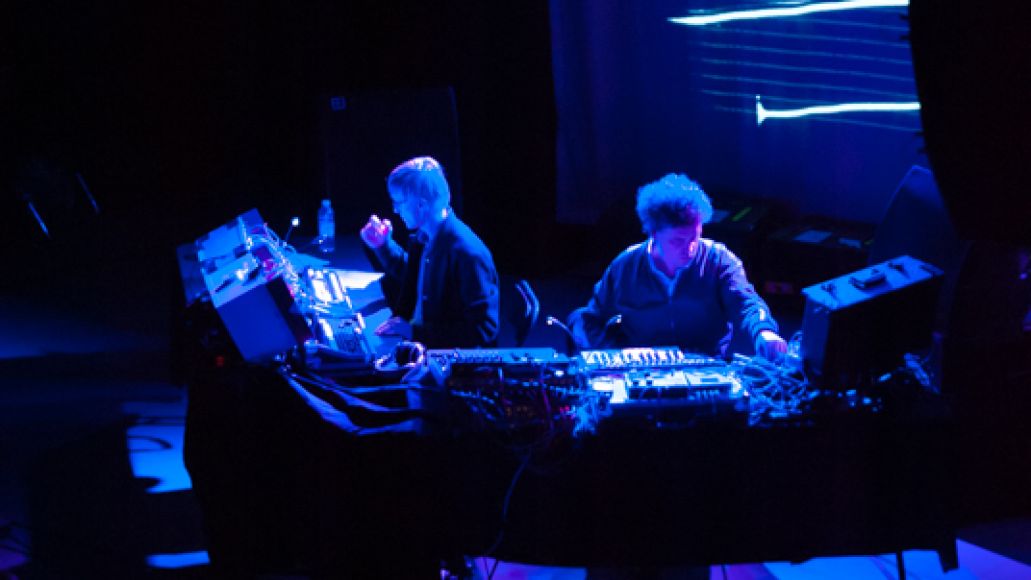 Many, more mainstream, electronic artists chose the other route, but Simian Mobile Disco made a thrilling case in their own favor. Their songs have an inherent and pervasive grooviness to them. Each one starts off as almost an embryo of a song, a simple beat or synth melody, and sometimes never evolve past that, beautifully reveling in their simplicity, while other snowball into more complex and winding pieces. Either way, SMD kept The Sinclair on their toes, alternating between steady 4/4 house beats and more kosmiche musik-esque synth moments.

The crowd would follow closely, their dancing slowly growing at the same pace of the music. After occasionally working their way into such intense grooves, the relatively big drop (really nothing more than bringing the kick back in) acted more like a palette cleanser than a cathartic release; a signal saying “we’re done with this groove, new ones coming up soon”.

As they mentioned in a previous interview: “We don’t go for really big builds and releases – no big drops… [It’s all about] keeping the energy taut without ever reaching a climactic release.”

Being masters of subtlety, nothing feels over the top, in your face, or forceful; the music simply grooves. Raw drum machine beats with krafty rhythmic synth arps slowly morph and weave around each other to create intricate melodies. Occasionally they would veer into more old school Acid House territory, bringing in some squelchin’ 303 basslines and a more pounding kick into the mix.

Despite being recorded live, the album version of Whorl sounds relatively tame compared to the actual show with SMD bringing in some dirty hi-hats and forceful synths to rough things up a little bit. It was damn beautiful to hear those pure analog beats coming out of such a high quality sound system. Kudos to The Sinclair for being one of the few bigger venues in Boston that can appropriately handle electronic music. 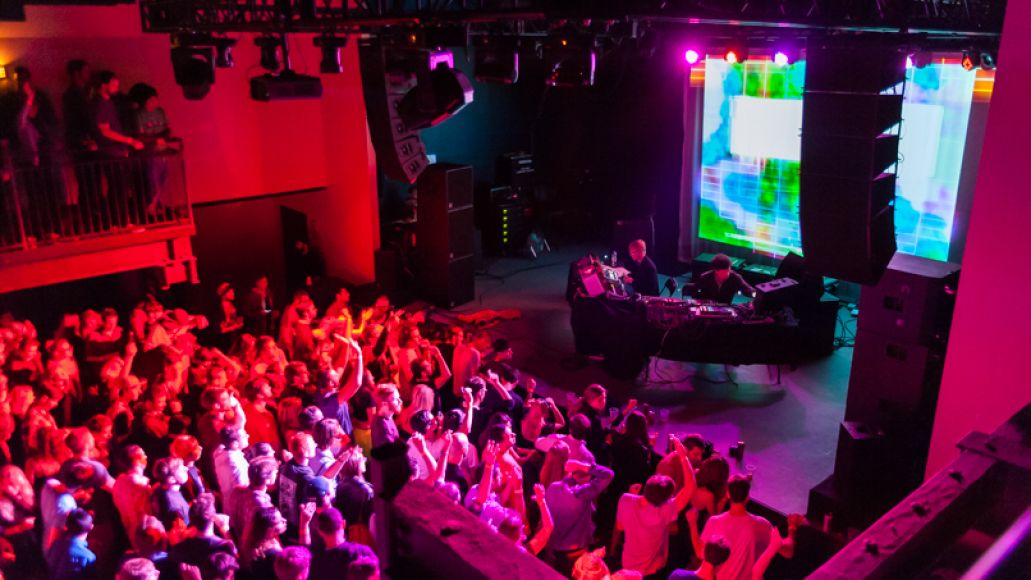 As they started to close down shop with the energetic “Tangent”, their light show quickly changed from black and white to color with various shapes morphing and grooving along to the music. As always, the grooves were tight and impenetrable, beaming their music out of The Sinclair and into Cambridge’s own clear and starry night. 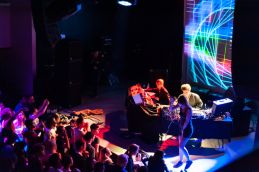 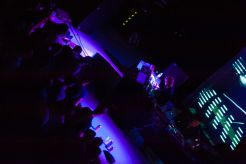 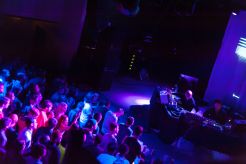