On Tuesday night, Erika M. Anderson, aka EMA, performed her first of a string of sets opening for Spoon on the red-hot Austin band’s They Want My Soul tour at the Chicago Theatre. The rundown on paper: Both projects are Matador-affiliated, touring behind a great, soul-wringing album from earlier this year, and led by a frontperson who took the stage clad in all black and offered next to nothing in audience interaction.

For those reasons, the pairing is logical — and for some attendees who weren’t new to Anderson, aces. Others, who payed top-dollar to witness some of the Soul-bearing they became hooked on from repeat encounters with Spoon’s “Do You” on local radio station WXRT (who sponsored the show) at a landmark theater with top-quality sound and assigned seats, got more of it than they expected when confronted with Anderson’s pointed depictions of self-mutilation on “Butterfly Knife”, spoken-word-leaning regret-purger “California”, and “Taps”-cribbing set and album-closer “Dead Celebrity”. 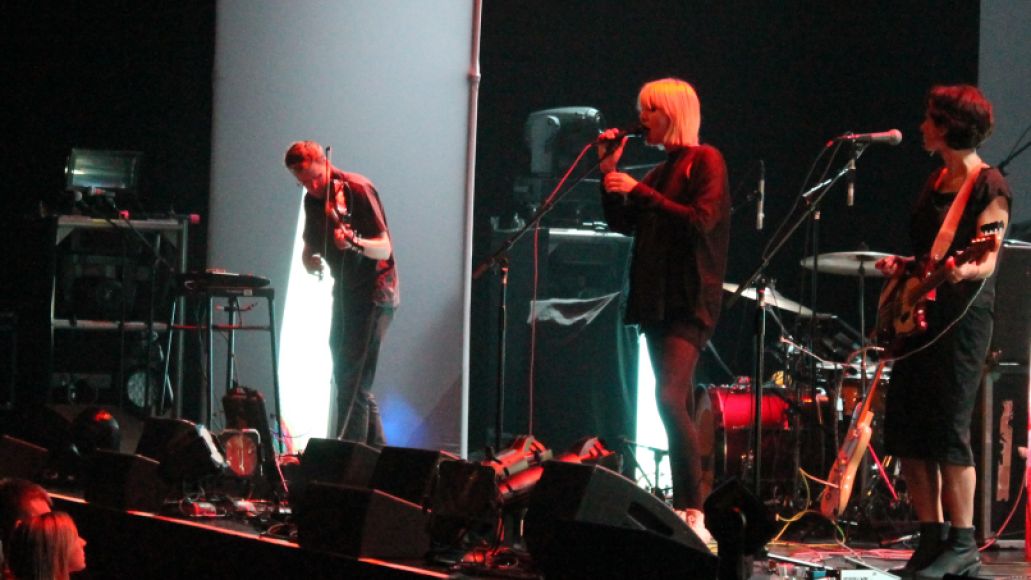 With a medallion that read “LONER” around her neck and her signature straight blonde bangs covering her face, Anderson delivered nine cuts to a big empty void of a venue, all of whose occupants were either sitting down or being ushered into seats. After opening with probably the three most brutal wailers from The Future’s Void — “Satellites”, “Chtulu”, and “Neuromancer” — she backed down into an introspective, but not necessarily hushed place for the remainder.

For the entirety of Void highlight “3Jane”, Anderson sang sitting down, mirroring everybody in front of her — and it was easily the most stunning and beautiful part of her set. There was no denying a level of discomfort on both sides of the stage, but nothing beyond what should be expected of a hyper-vulnerable performer opening for heavyweight rock mainstays at the Chicago Theatre, and Anderson handled it well. 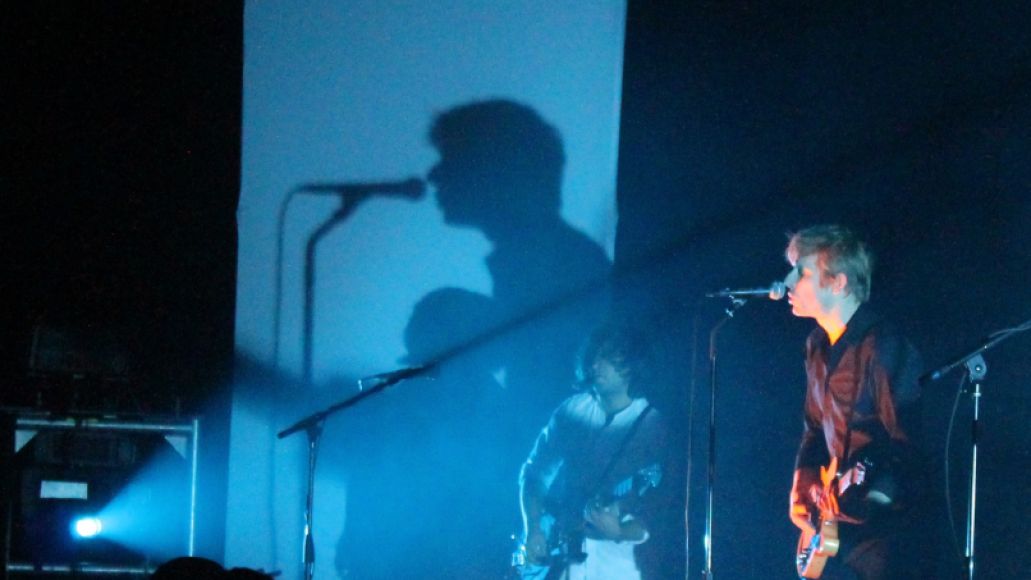 As for the headliners, this was big business as usual. Aside from inexplicably forgoing the new album’s title track, one of the band’s — and probably the year’s — best, Britt Daniel and his white-clad bandmates pulled no surprises, delivering 23 instrumentally full-fledged cuts while touching on all five of their most recent studio albums (Kill the Moonlight, Gimme Fiction, Ga Ga Ga Ga Ga, Transference, and their latest) — and no others. Sound, reception, and logistical factors were all perfectly smooth.

Expect nothing different as the two acts hit three more venues with names ending in “Theatre” over the next three nights.

Spoon setlist:
Knock Knock Knock
Rent I Pay
The Beast and Dragon, Adored
Don’t You Evah
Small Stakes
Who Makes Your Money
Do You
Don’t Make Me a Target
The Ghost of You Lingers
New York Kiss
Inside Out
Rhthm & Soul
I Just Don’t Understand
I Summon You
I Turn My Camera On
Rainy Taxi
Got Nuffin
Black Like Me
Encore:
You Got Yr. Cherry Bomb
Was It You?
Outlier
The Way We Get By
The Underdog