Full disclosure: I’ve never reviewed a stadium show before. Truth is, I rarely ever see concerts in a stadium. The crowd for Cage the Elephant on Tuesday night at Barclays Center exemplified one of the reasons why. CTE, or perhaps more specifically frontman Matt Shultz, is known for giving wild live performances. They destroy festival crowds, and while I’ve never seen them in a theater or smaller venue, I can only imagine the damage they do in enclosed spaces. As openers for The Black Keys, they brought nothing but the same high-octane show they’ve been delivering for years.

By no fault of their own, however, something just got lost in translation playing to a 18,000 capacity venue that only barely looked like it was beginning to fill in. I overheard a fellow photog comment about how shamefully empty the place was for a band with Cage’s performance prowess, and silently agreed. The band thrives off crowd energy; with only a half-filled floor, that energy seemed to simply dissipate when it hit the sound booth. 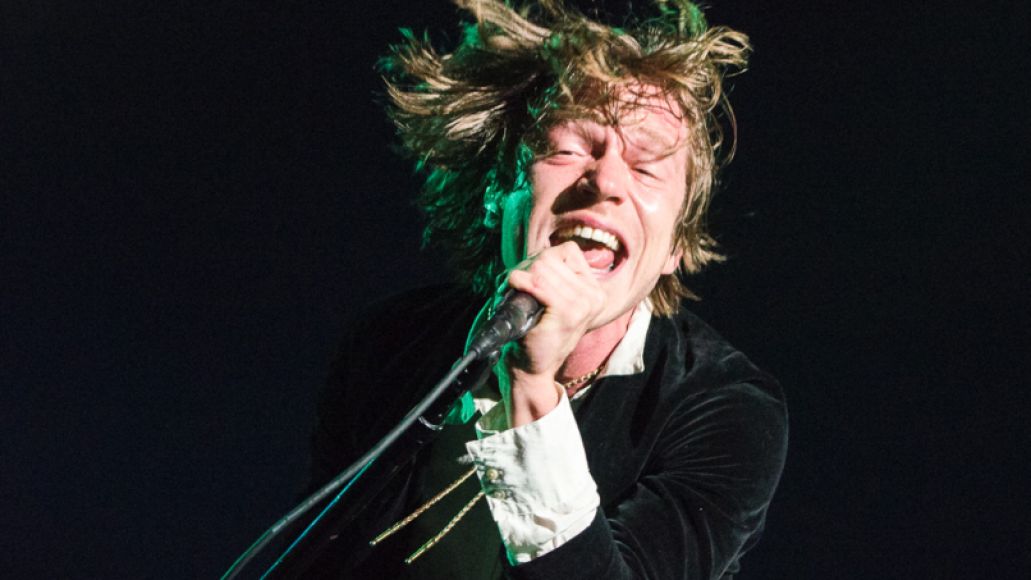 Still, to their complete credit, Shultz and the boys never let on to the fact that they were essentially playing to a club-sized crowd in a stadium-sized venue. Shultz had removed his shirt by about the fifth or sixth song, most likely due to it being drenched in sweat as he thrashed his head and bounded about. (Now that I think about it, I don’t think I’ve ever seen him keep his shirt on during a show.) He and his guitarist brother Brad made use of every bit of sound or stage equipment that would allow them to get closer to the crowd, who clearly appreciated it. Despite the barren landscape, there was quite a vocal contingent up front who knew every word. Folks were even dancing up in the seats, easy to spot as there was often literally no one around them.

It’s just these weren’t the audience members Cage were playing towards; they simply couldn’t, and there’s really no reason they should have. If they had tried to throw their performance way up towards the top of the bleachers, it would have crashed before it even reached the third row. Instead, they focused all their gusto on those right in front of them. After crowd-surfing and crowd-walking during “It’s Just Forever” (wherefore art thou, Alison Mosshart?), Shultz simply let go and fell into the outstretched arms of screaming fans. “Thank you, New York, for not dropping me,” he said with an audible grin. “For holding me gently.” For all the tossed guitars and audience interaction, that gratitude was a fitting sentiment for their opening spot, as it really was that (relatively) small group on the floor that kept a perfectly great set from falling flat in a space that wasn’t ready to hold it. 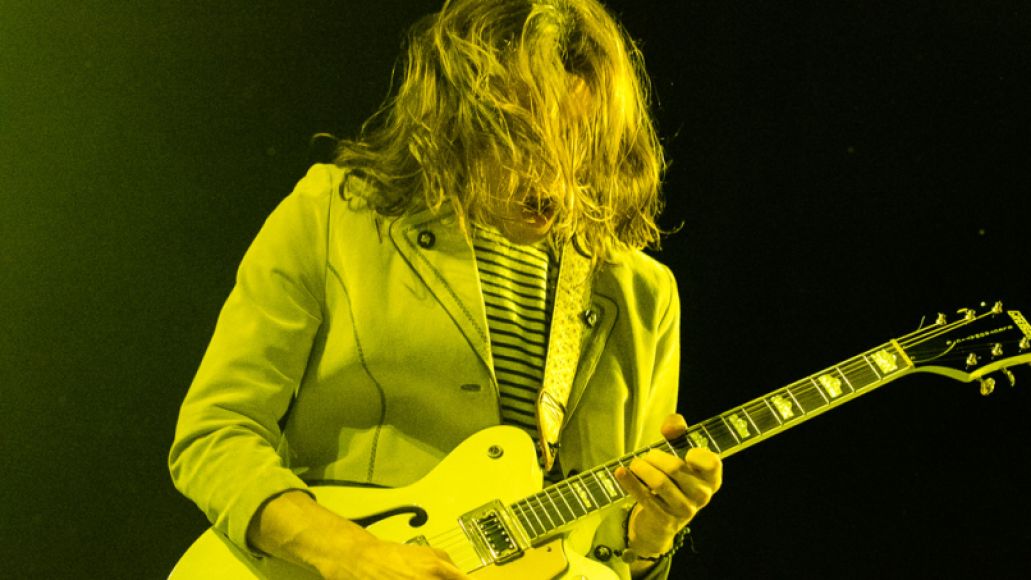 And that’s what can be irksome with stadium gigs: Worthy bands simply can’t get their due unless the seats are filled. The irony of closing with “Come A Little Closer” was not lost on me. But this is where The Black Keys stepped in. The Keys are, for me, the inverse of Cage; they’re a band I’ve seen so often in front of headlining audiences that it’s actually hard to imagine them anywhere else. It may be because of that fact, however, that I found myself enjoying this show more than any festival I’ve seen them play.

It’s a strange thing to say for a band that’s essentially just two people, but The Black Keys have truly built themselves into an arena-appropriate outfit, delivering a show that fills the space and fulfills the masses. Big lighting effects and a hodgepodge of floating screens gave production value to what is, in reality, four people (including the two backup players) largely standing still playing music. That’s not a jab; when you’ve only got a drummer, who for obvious reasons is stationary, and a guitarist who has to place himself in front of a mic, there’s only so much movement you can manage. 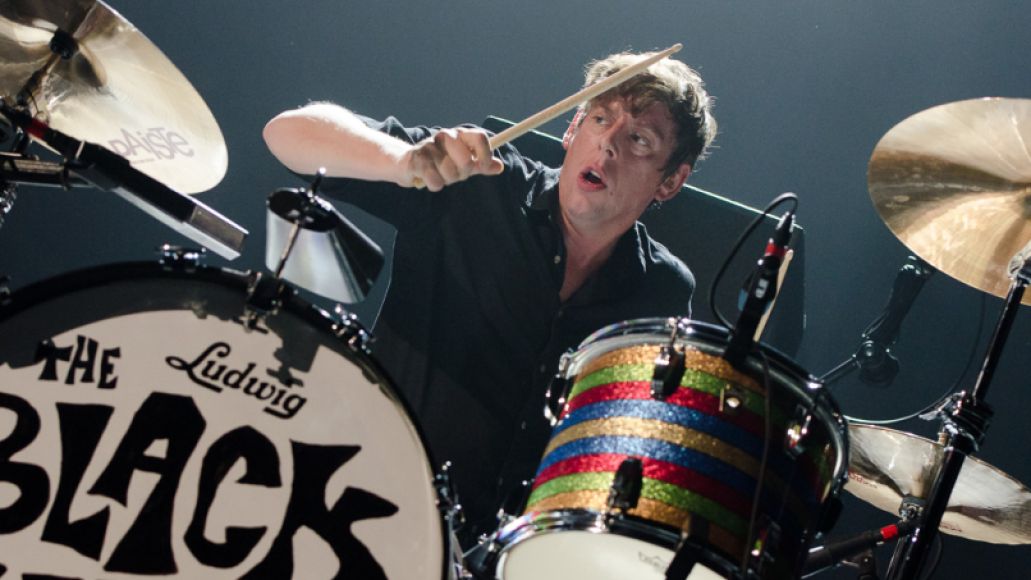 Sure, Dan Auerbach strode about the stage, leaning his guitar into the crowd or calling for a singalong. But unlike Shultzs’ antics, you could almost see Auerbach thinking, Oh, this would be a good time to move closer to the fans here. If there was one thing to fault in their performance it was the slightly rehearsed feeling. For one, you knew the setlist was going to be a carbon copy of almost every show they’ve played thus far supporting Turn Blue. My friend and I made a mocking game out of predicting what song would come next simply by looking at a recent setlist.fm rundown. To be fair, Cage’s set was also similar to recent gigs — this is a bad habit, fellas; stop it while it’s young — but at least they could bring an energy that gave it a sense of spontaneity.

Then again, plays are rehearsed and replayed almost to a tee every night, and there’s no reason those can’t be equally thrilling in front of new audiences. The Black Keys, despite the predictability, put on just such a show. There’s nothing like a packed arena singing along to hits like “Lonely Boy” or bolstering the “da da, da da, da”s of “Howlin’ For You”. Most impressive of all, though, was their response to a song off The Big Come Up, one Auerbach claimed that, until recently, they hadn’t played in 10 years. “Leavin’ Trunk” may not be a Keys original, but the fact that a majority of the crowd was so boisterously excited to hear a tune off a pre-2008 record was refreshing. When a band reaches arena-level status, you have to wonder if those filling the seats are long-term fans or single-hooked casual listeners. It was nice to see a good portion of the former in the house, and they were rewarded with Auerbach’s best guitar solo of the evening. 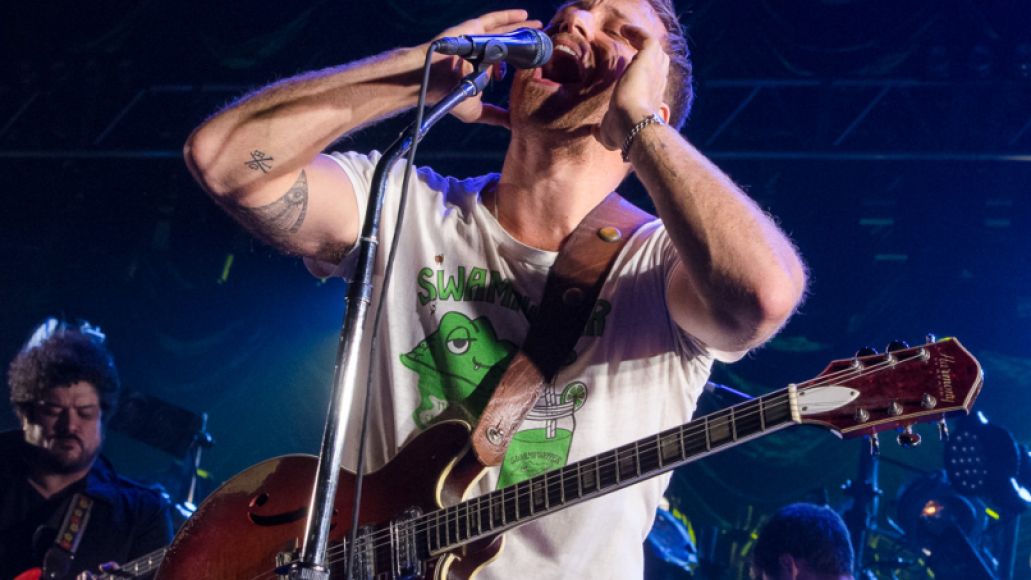 With a full house and the production value to back it up, The Black Keys proved arenas can indeed be homes for modern rock. It wasn’t all perfect, as the Turn Blue material felt largely hollow compared to the rest of the El Camino and Brothers-heavy setlist (“Weight of Love” was a standout, while “Gotta Get Away” amounted to so much pap).

But then there would be something like closer “Little Black Submarines”. Auerbach started essentially solo on an acoustic guitar, staying with it for much more of the song than he does on record. He didn’t even sing half of it into a microphone, giving it over to a crowd that knew every word. And then the music stopped, and the lights went down, and you thought it was over. Until Auerbach hit a note on an electric guitar, and a blast of white light shot out from behind, masking him as a silhouette. In came Carney with a thump, and the band broke out into a heart-pounding blues throw down as all the lights came up. Even when it’s hundreds of yards away, beyond rows of chairs and a court-sized sea of people, rock ‘n’ roll can still kick you in the chest. 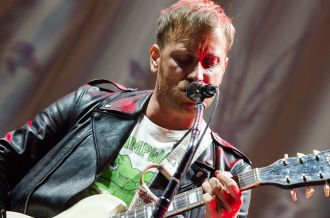 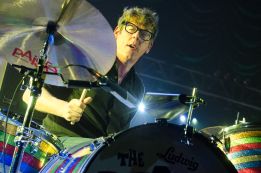 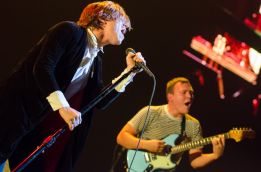 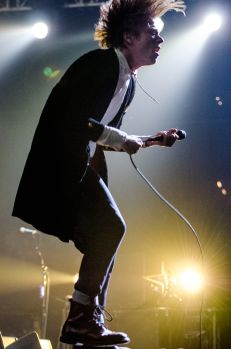 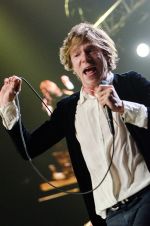 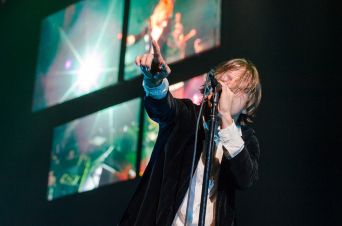 Cage the Elephant setlist:
Spiderhead
In One Ear
Aberdeen
Take It or Leave It
Cigarette Daydreams
Ain’t No Rest for the Wicked
Back Against the Wall
It’s Just Forever
Teeth
Shake Me Down
Come a Little Closer