When Mineral broke up in 1998, it was not with a bang or a whimper. It was, in fact, with a lot of both, spread out across the 10 songs that comprise the band’s brilliant second album, EndSerenading. That album’s title suggests that it was intended as a kind of closing statement: “We’ve given what we have, and now we’re gonna stop.”

The truth is likely a bit messier than that. The process of recording their second full-length in as many years had put a strain on these four friends from Austin. By the time it all was mixed and mastered, the title, EndSerenading, seemed to say what everyone was thinking. Chris Simpson, Scott McCarver, Jeremy Gomez, and Gabe Wiley were ready to go their separate ways.

It wasn’t as if the world was begging them to stay. Mineral belonged to a subgenre of a subgenre — the so-called “second wave of emo” — and by 1998 plenty of their contemporaries were already on the way out. Texas Is the Reason and Christie Front Drive had broken up a year earlier, Sunny Day Real Estate was in a state of constant flux, and the clock had started ticking on Braid and Knapsack. Mineral’s previous album, The Power of Failing, had done well enough to cement their place on the DIY circuit, but they were still a far cry from the kind of fame you just can’t turn your back on. 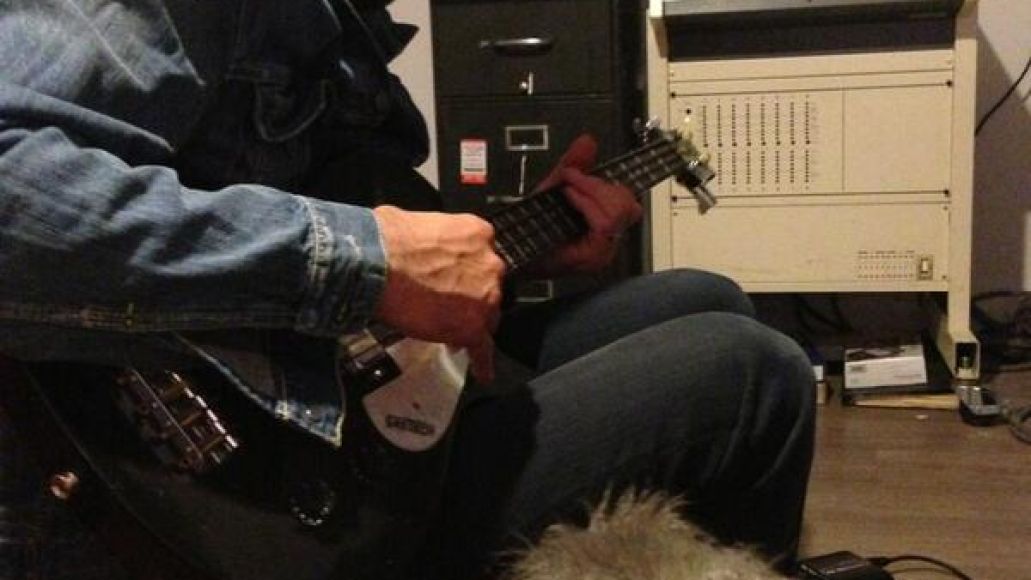 They hardly could have expected that fame to finally come knocking on their door 15 years after the fact. But history has proven to be cyclical, and young music fans in the 2010s are rediscovering mid-’90s emo with a fervor that could not have been anticipated. Bands such as Chicago’s Into It. Over It. and Connecticut’s The World Is a Beautiful Place and I Am No Longer Afraid to Die are showing the next generation what emo has to offer, and by doing so, they’ve paved the way for a rash of reunions by the likes of Braid, American Football, and, perhaps the least likely of all, Mineral.

When I spoke with the band’s lead singer and guitarist, Chris Simpson, last week, he seemed a bit shaken by the enthusiastic response to Mineral’s reunion announcement. “It’s weird that it’s all happening before we’ve even played a single note in front of people,” he admitted. And when Mineral does finally take the stage for their first shows in 17 years, there’ll probably be even more weirdness to deal with — for band and fans alike. But before several thousand voices chant the words to “Gloria” and “Parking Lot” together for the first time, I wanted to ask Simpson about how the band got here and what, if any, plans they have for the future. Our conversation also touched on his post-Mineral projects (The now-defunct Gloria Record and the still-active Zookeeper), as well as the vinyl reissues of The Power of Failing and EndSerenading, both due out on October 21, 2014, via Arena Rock Recording Co.

So, I remember listening to your interview on the Washed Up Emo podcast back in 2012, and even then it seemed as if a Mineral reunion wasn’t something you guys were seriously considering. Whose idea was the reunion, and did anybody need any convincing?

Two years ago, it wasn’t on our radar at all. It actually started with Jim Adkins calling from Jimmy Eat World and asking if we wanted to do one show. So, we got together and discussed the possibility, and we all seemed interested enough to at least get together and start rehearsing. And then, I don’t know, it just felt good. We thought it would be interesting to see what was out there. We have a good friend who’s been bothering us for a while about doing something with Mineral.

I bet there’s been a lot of people bothering you about doing something with Mineral. But what has your relationship with the other guys been like in the years since EndSerenading?

I probably hadn’t seen either Scott or Gabe for the better part of the decade when we first started getting back together with this. Even though we all live in [Austin], we just have very different lives. I think Gabe played in bands for quite a while after Mineral, but since then he really hadn’t been playing at all. He’s worked for five years as a paramedic, and Scott is now doing motorcycle maintenance. I continued to stay close with Jeremy, and he sometimes helps me out with Zookeeper.

You’ve said before that you’re not interested in looking back, but sometimes culture is so cyclical that it forces us to do just that. When you revisit The Power of Failing and EndSerenading today, what’s your reaction?

I really like EndSerenading. I think it’s a really cool record, and I kind of had to grow to feel that way. I was very unsure about it when the band ended, but [now] I really like it. And I really like the spirit of Power of Failing, you know? There are things about it that certainly we all wished had been recorded a little better, but it was done much more quickly by a band that had much less of an idea of what they were doing.

In any case, a lot of people consider that record an absolute classic of the genre.

Yeah, it’s easy to be a little sad that we didn’t get a better quality recording on it, but the flaws come across. There’s something in all that energy and desperation. 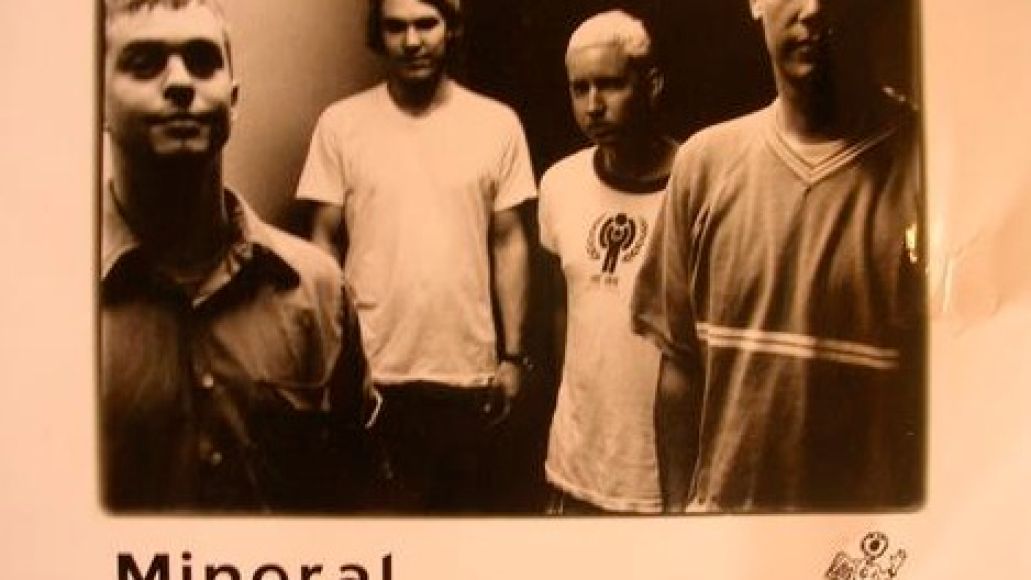 You probably wouldn’t describe Mineral’s music as “emotionally mature,” but then that’s part of what makes it so vital. It speaks to a very young point in your life. Years later, do you have trouble relating to the music or the lyrics?

Musically, it’s been such a challenge for me to relearn these parts and perform them again, because I played guitar completely differently back then. And lyrically, I’ve been surprised. I used to think about the songs and cringe at the sentiments of the lyrics, but for some reason now when I go back, they seem really relevant again. I’m able to connect with them.

Yeah, well, for me it’s also a way of reconnecting with my former self. My self from half a lifetime ago. Which is such an interesting thing to be able to do. I know people sort of do it in general, like societally. There’s always this tendency to look back at the earlier part of your life, so I think it’s something that comes sort of naturally to people when they reach a certain age. But to reach that age and also have the opportunity to relive these songs and reconnect with them, it’s kind of cool.

I think it’s more of the latter. Especially getting back together after all this time with these guys, I’ve rediscovered that chemistry or whatever we have, and I probably took it for granted because it was one of my first experiences playing music with people. I just thought every band was like that, but as I’ve gone on over the years and going back now, I feel like I’ve been able to see the chemistry that we have. Us four guys playing together and feeding off each other, [that’s] sort of what is special about it.

You guys came from a DIY scene that essentially predates social media. Back then, it was all zines and tapes and distros. You didn’t even have an official website or a Twitter account or any of that stuff until the day before you announced your reunion. Just on a really fundamental level, is it weird to be in Mineral when Mineral is a band that people you don’t even know freak out about?

It’s definitely weird. It’s been surprising to us. It’s also weird that there’s so much response to starting social media accounts before even announcing anything, and then such a response to the announcement of the shows and reissues. It’s weird that it’s all happening before we’ve even played a single note in front of people. At a certain point, there’s nothing more you can say or do than get out there and just play for people. 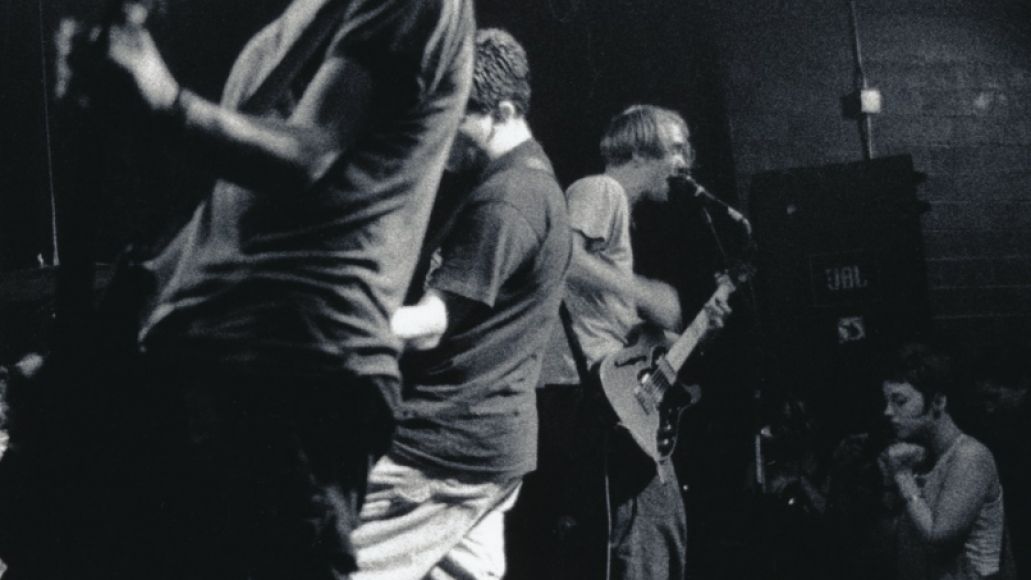 I remember a few years ago when Refused got back together, and all of a sudden they were playing the biggest show they’ve ever played in their lives, to thousands of people. Was that something you saw from a distance and wanted to experience yourself?

It’s definitely going to be really fun. We’ve never had the opportunity to play these songs in front of that many people. Whenever you have that many people, there’s an energy that gets unleashed and reflected on us. Maybe I have a terrible imagination for projecting reality, but I still cannot imagine even the first show, which is only like, a week away.

I know that you’ve kept on writing fresh material, because Zookeeper is set to release a new album [Pink Chalk] in October. Now that Mineral is a band again, are you going to possibly be saving some material for an upcoming release?

There are definitely no plans to do so. We’ve really just been so focused on the task and the challenge of relearning the material and getting ready for this tour. But I don’t think we would say never.

If you were to record a new record as Mineral, would it honestly even sound like Mineral at this point?

That’s the thing. There’s a lot involved in whether or not that would be something worth doing. I guess it would have to grow out of actually writing material together and seeing what it could be. Braid just put out a new record, and I think theirs is great because it reflects who they were, certainly, but it also feels current. It feels sort of seamless, but also much more mature. [So] it can happen. It just takes time.

Mineral's Chris Simpson: Between Emo and a Hard Place