Later this month, The Mountain Goats mastermind and Poet Laureate nominee John Darnielle will release his first novel, Wolf in White Van. Having previously written for Decibel magazine and a 33⅓ book on Black Sabbath’s Master of Reality, Darnielle dives into the world of fiction with the story of a young outcast that involves time travel, a post-apocalyptic America, and text-based RPG games.

Ahead of its September 30th release, the book’s publisher, Macmillan, has shared the first 10 minutes of its corresponding audiobook, which Darnielle himself personally narrated.

As he’s done over the last two-plus decades with The Mountain Goats, Darnielle’s writing is a mix of the verbose and the emotional. He’s managed to take a situation that rests somewhere between the mundane and the totally bizarre and make it truly palatable with a range of thoughts and feelings that have a general sense of universality. His reading voice may not have oomph of, say, Morgan Freeman, but he readily captures the sense of angst, nervousness, and uncertainty that permeates his writing.

(Ed. Note: Wolf in White Van will be featured in a forthcoming installment of Book Club. Look for it next week.)

Isolated by a disfiguring injury since the age of seventeen, Sean Phillips crafts imaginary worlds for strangers to play in. From his small apartment in southern California, he orchestrates fantastic adventures where possibilities, both dark and bright, open in the boundaries between the real and the imagined. As the creator of ‘Trace Italian’ —a text-based, role-playing game played through the mail—Sean guides players from around the world through his intricately imagined terrain, which they navigate and explore, turn by turn, seeking sanctuary in a ravaged, savage future America.

Lance and Carrie are high school students from Florida, and are explorers of the Trace. But when they take their play into the real world, disaster strikes, and Sean is called on to account for it. In the process, he is pulled back through time, tracing back toward the moment of his own self-inflicted departure from the world in which most people live.

And here’s the book’s cover art, by Rodrigo Corral: 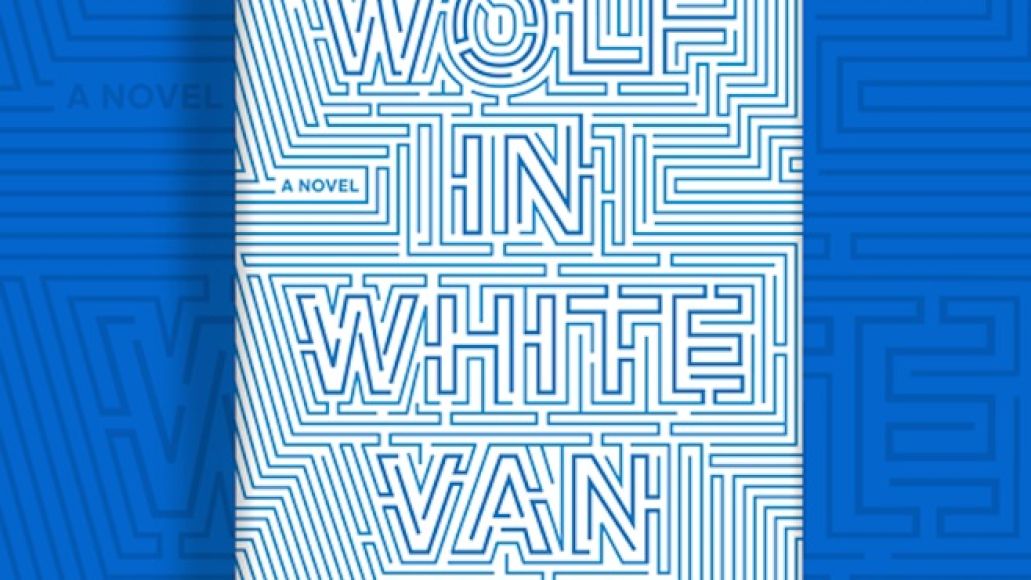