Welcome to Remake This!, a series where we look at past movies and not only propose they be remade but suggest how to remake them. Whether a movie tanked, had a good concept hidden within a weak film, or we just want to give something another chance, Remake This is a cinematic “What If?” wish list. Today, a film that was announced as being remade as I wrote!

“When was the last time you saw a hero? Not one of those mindless, looney-bin rejects who line the bookracks: The Exterminator, The Ripper, The Slasher, The Wiper-Outer, The Mutilator, The Ix-Nayer, all those same series with their same covers, their same plots, and their same moronic, machine-gunning leads who figure the best way to solve a problem is to shoot it.

No. A real life-saving, mind-craving hero for the world today.” – Afterword, from Created the Destroyer. 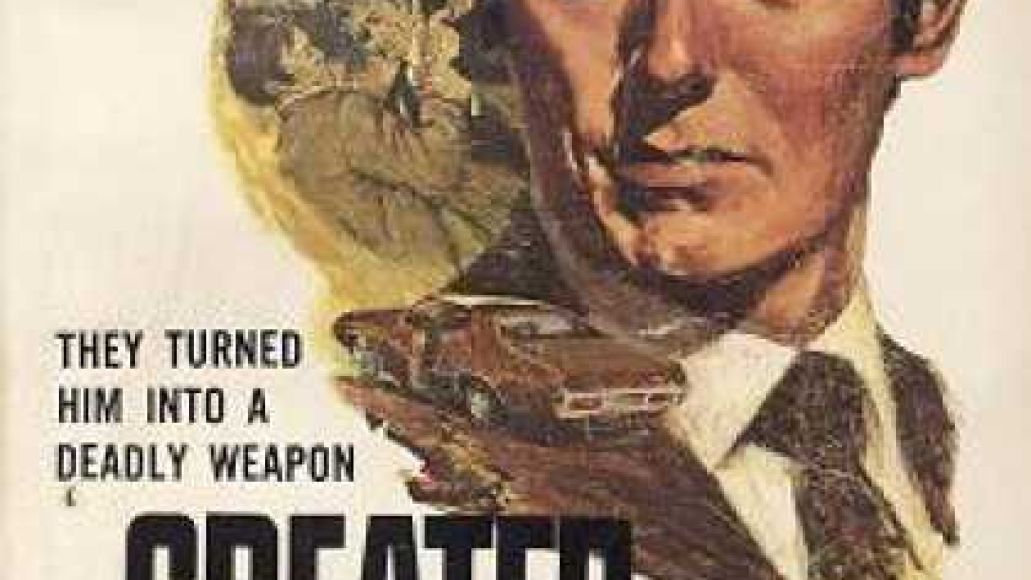 This is the marketing pitch for Remo Williams. He’s a new hero, an alternative man, unlike all those other meatheads … [stifles laughter]. But seriously, a human super-weapon of Richard Sapir and Warren Murphy’s book series The Destroyer, Remo Williams was the action hero of over 140 paperback men’s novels. He was smart, skilled in killing and womanizing, and well-funded by his government agency, CURE. (How subtle, it’s just called CURE. It doesn’t stand for anything.) Once an earthy, average Jersey cop, Remo was randomly selected to become an operative. With plastic surgery, training in martial arts, and unlimited resources like babes on the order (ugh) and money, jewelry, and turtlenecks, Remo The Destroyer was born. The first book brags that Remo’s the hero for the ‘70s and ‘80s, what with James Bond getting left behind at the end of the decade (Ouch! The irony…). He mastered breath control, the art of the stance, and how to effectively position his body for maximum intimidation or sex appeal. It’s nuts. Remo was a little arrogant, you know, a classical macho man using the Bond formula of crazy villains and globetrotting spy games. The villains were hysterically weird – a shape-shifting NASA android, a Chinese vampire, and a scientist with the ability to turn into a “were-tiger”? The books are worth reading for those characters alone. On second thought, just skim the Wikipedia pages.

The agent was popular, though, popular enough to get his own movie in 1985. Remo Williams: The Adventure Begins! What a subtitle.

Remo was released by the now-defunct Orion Pictures, made by Dick Clark Productions. Directed by Goldfinger’s Guy Hamilton and scripted by Christopher Wood of Moonraker and The Spy Who Loved Me (Remo could never escape Bond’s shadow), Remo Williams was a big flop, but not without its amusements. The movie’s gone on to cult status somehow, even though there’s nothing particularly special or memorable about it. It’s an ‘80s by-product, an off-brand actioner that’s lasted on the strength of people (like this writer) who find Remo entertaining. If pressed to distill Remo’s essence, or why people like him, it’s this – he’s your average, everyday Joe Jackass given the opportunity to do really cool stuff. He is generations of American Bond fans who daydreamed about becoming spies. Remo’s not witty or well-dressed. He’s actually a bit of a blue-collar slob. Really, who recruits someone from Newark to be a spy? 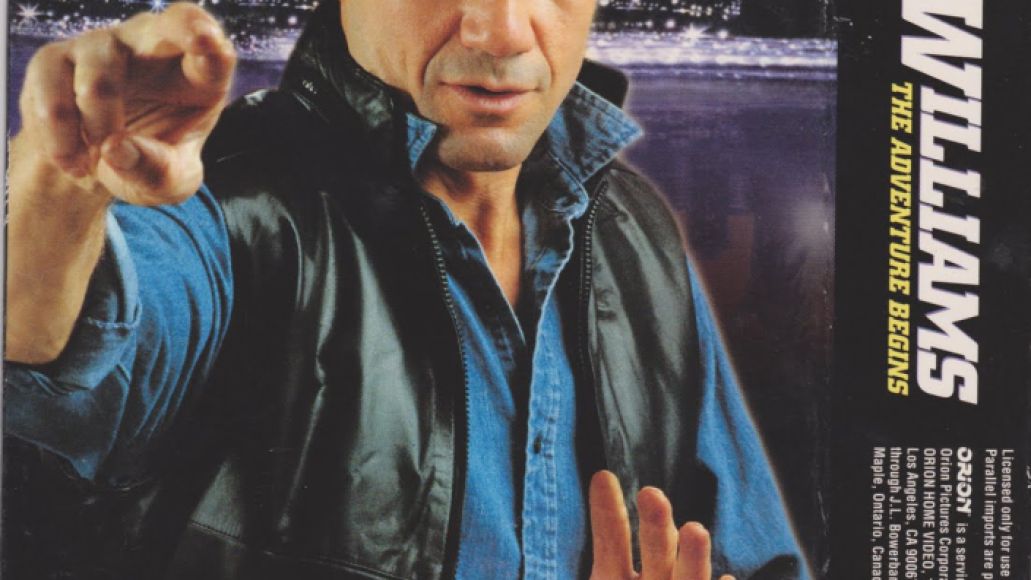 Remo Williams starred Fred Ward, then of The Right Stuff fame. The casting was great on that – not a great-looking man, kind of weathered, no charm, but gruff, tough, and capable of playing Remo with a nod and a wink in disbelief of the situations he was in. Like a scene where he’s scaling the Statue of Liberty while facing off with goons, or just trying to avoid getting eaten by a Doberman, Remo is quick, gritty, and occasionally very funny.

There’s one big problem, and it’s probably the film’s most remembered trait: Chiun. Remo’s Korean martial arts trainer and father figure was cast as the tiny, award-winning singer and actor Joel Grey. It’s awkward seeing a man from Ohio don Asian eyes and Fu Man Chu makeup and forced to speak in Art of War-style proverbs. Get past that, though, and The Adventure Begins is the B-movie goods. Thirty years later, Remo’s probably ready for another adventure. Highlighting the notion of a regular guy in out-there situations is totally worth trying again. Maybe they should start with Remo facing one of the book’s more outlandish villains, like the psychic, pyrokinetic ninja he fought! That was Jeremiah Purcell, aka The Dutchman, from book #46, Next of Kin. There are a lot of books to pick from. It would be unlike any other action flick right now, and it would totally highlight the contrast between average Remo and his exotic exploits.

The movie cost a then-ridiculous $40 million to produce. For perspective, consider: 1985’s biggest smash, Back to the Future, made $210 million at the US box office on a $19 million budget. It’s got plenty of special effects, set pieces, and costumes; recreating a period on film can be costly. Remo, consisting of sets and practical effects and a cheap star, had twice the budget, and it made $14.3 million. Needless to say, the Adventure didn’t get a chance to continue.

At least it was thought he’d never get a chance until August 21, 2014, when Sony announced that they hired Shane Black of Lethal Weapon and Iron Man 3 fame to helm a new movie based on Created the Destroyer. It’s like Sony read my mind. 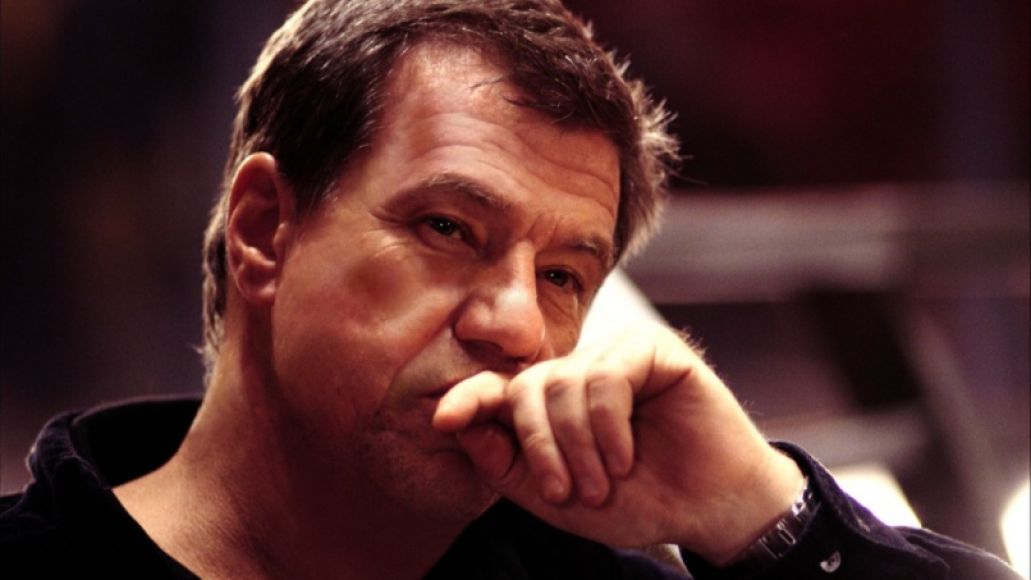 Yeah, we’re not going to argue with Shane Black getting the gig from Sony. He gets pulp and knows how to have vintage fun. He is an icon of ‘80s action influenced by ‘70s pop cinema. He’s perfect. Good luck, Shane.

Though, let’s say Black drops out since he’s attached to three other projects. Or what if he wasn’t selected? Peter Berg? Marc Webb? Actually, if Black weren’t already doing this, Created the Destroyer could be an outstanding chance at a comeback for John McTiernan. Think about it, the tactician behind Die Hard, the ultimate film about a regular guy in the most ridiculous scenario, helming a new Remo? We’re good with Shane, but we can still ponder. 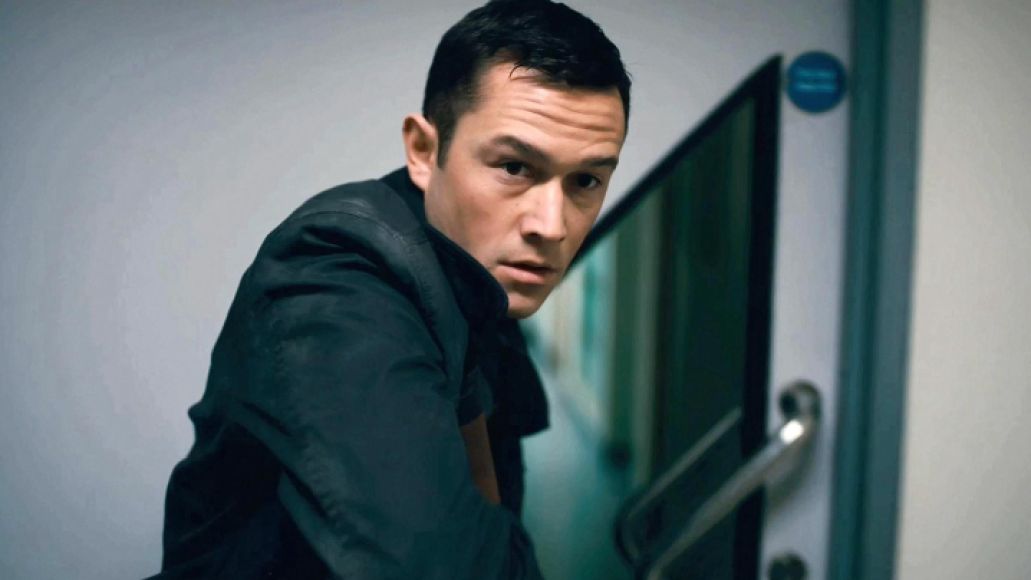 Remo should be someone who looks and sounds average but can look ludicrous villains in the eye and take them down. Who’s someone that could maneuver into any situation, fighting, working out, running around the world? Who could be a cop? Let’s start there. The easy answer is Joseph Gordon-Levitt. That’s why he shows up in every casting rumor ever. Michael B. Jordan seems to have the ability to fit in anywhere. Yet, those guys feel like flavors of the moment. Let’s think stoic and unknown. Is Sam Worthington capable of being likeable? Or what about Jim Sturgess? Maybe Black could use James Badge Dale from his Iron Man, an up-and-coming actor with everyman potential. Wow, this is hard.

Chiun, well, that should be easy. Get a seasoned Korean actor in a nice Hollywood debut. He’s a demure, little mentor. Oh, how about Sun-Ki Ang of 2001’s The Warrior? You know, if Sony can get him, Snowpiercer andThe Host’s Kang-ho Song could knock it out of the park. Given his showcase in Snowpiercer, he could totally pull off a smart and mysterious Chiun.

Who else should work on this?

We’ll wait to see if the Remo books get set in modern times or if they’re in period. A redo of the franchise could work either way. One thing that would help, given the decades that these books and the film were set in, is a punchy jazz score with a hero’s theme. Imagine something like the sexy sax scores from Lethal Weapon brought back as homage. Just do it less swankily. That would be so cool. Blue Note Records is having a bit of a revival right now for its 75th anniversary, so just starting scanning their roster (Robert Glasper, Jose James, Takuya Karoda would be perfect).